The game will not feature 1080p visuals as previously thought.

Mass Effect 3 will be rendered in 720p on Wii U, according to the Australian developer Straight Right who are developing the Wii U version.

It was recently reported in Nintendo Power that the Wii U edition of Mass Effect 3 would feature 1080p visuals. The CEO of Straight Right, Tom Crago, has told NWR that, "The game will run at 720p."

Join other NWR readers and play your favorite online games this Tuesday!

Nintendo World Report Community Night returns this Tuesday, September 4, starting at 10 p.m. Eastern/7 Pacific/2 a.m. UTC. We're keeping with the idea of the players choosing the games, so if you've got something in mind feel free to suggest it now or in the chat during the event. Is there an old Wii or DS game you've been aching to play online, or a 3DS game we haven't picked in a while? Try and recruit other players here!

Mass Effect 3 Will Not Run in 1080p as Expected WiiU

Update: The game will actually run in 720p.

Update:  The Wii U version of the game will be rendered at 720p. Check out our updated report

For the first time on a home console, Mass Effect 3 will run in full 1080p resolution, according to September's Nintendo Power, issue V282.

The article has also re-confirmed that the extended cut of the ending sequence and other various DLC characters and weapons for the four player online co-op mode will also be included on the disk.

March to the beat of your own fun.

Race through tunnels, collect eggs, and tap along to classic Final Fantasy music in this week's crop of downloads. 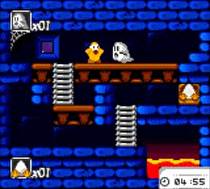 This week's Nintendo Downloads brings some of everything, from 3DS eShop titles to Virtual Console to DSiWare and a demo.

SpeedX 3D - $3.99Race through endless tunnels with hypnotic graphics and electronic music. A first-person view and 3D effects immerse the player in the game world. Play through four game modes, including an endless mode that lets you see how far you can go without losing concentration.

The latest installment in the series looks to bring a wealth of surprises. The trailer opens with Mario exploring a variety of new locales, pulling and placing stickers throughout... Read more...

Fire up your Wii, the indie-retro side-scroller appears to have finally found a publisher in America.

La-Mulana will arrive on the North American WiiWare shop on September 20, according to the game's profile listing on Nintendo's website.

However, it appears that it will be EnjoyUp! Games undertaking publishing duties in the west, not the WiiWare version's original publisher Nicalis. Nicalis announced... Read more...

The delayed title now has a more specific release window. 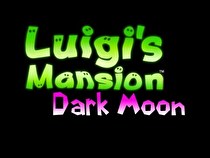 Luigi's Mansion: Dark Moon is coming out in the first quarter of 2013.

The game was originally slated for a release during the holiday season of this year, but was pushed to next year as of earlier this month. As reported by the official Nintendo of America Twitter account, Luigi's Mansion will specifically be coming out before the end of March.

The long-awaited entry in the Animal Crossing series is coming by June next year.

Nintendo of America tweeted "Animal Crossing is launching for Nintendo #3DS during the first half of 2013! Tell us your favorite Animal Crossing memory." This morning we learned that the game is coming to Japan on November 8.

"Demon Training" is coming to North America this year.

Brain Age: Concentration Training, the latest entry in the popular Brain Age series, is coming to 3DS in North America on December 3.

The game came out in Japan in late July under the name Touhoku Daigaku Kareiigakukenkyuujo Kawashima Ryuuta Kyouju Kanshuu Monosugoku Nou o Kitareru 5 Funkan no Oni Training. It features a demon version of Dr. Kawashima, and a lot of exercises that work the memory. 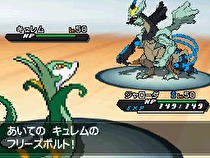 A new breeding mechanic in Pokémon Black and White 2 has been discovered two months after its initial release.

Originally, when the parent Pokémon is capable of having two abilities, the ability that a baby Pokémon received from its mother had a 50% chance of being either ability. In Black and... Read more...

The game makes its long-awaited debut in a matter of weeks. 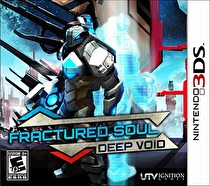 Fractured Soul is set for release on the North American 3DS eShop on September 13 for $11.99.

The game was initially intended for a retail release. However, as the months went by without the game hitting stores, developer Endgame Studios began to consider digital distribution. The final price... Read more...

A special anniversary edition is also on its way. 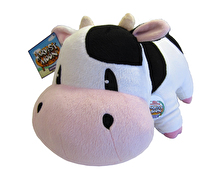 Harvest Moon: A New Beginning will land in North American stores on November 6, 2012, according to the game's publisher Natsume.

In addition to the game's release date, Natsume revealed an anniversary edition of the game. Pre-orders for this edition will begin on September 24, and are available... Read more...

If you want the game you won't have to wait much longer for it to be available. 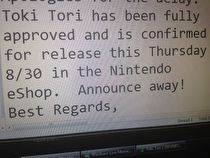 Toki Tori has been confirmed and approved for release on the Nintendo eShop this Thursday, according to a message sent out by Two Tribes via Twitter.

Earlier this summer we learned that Toki Tori would be coming to the 3DS Virtual Console as a Game Boy Color title. The promise of this game being available is now being fulfilled as it will be available on August 30, 2012. Toki Tori launched earlier this month in Europe

In this video, the video game version of Satoru Iwata does awesome things like ride roller coasters and play in a rock band.

Tomodachi Collection is coming to 3DS in Japan in spring 2013. The game, originally announced in September 2011 and slated for a fiscal year 2012 release, is the follow-up to the beloved 2009 DS release of the same name.

The below trailer is pretty much ridiculous, showcasing Nintendo President Satoru Iwata in a multitude of whimsical situations.

Gamers in Japan can try out some of the games they just learned about!

Immediately after the latest Nintendo Direct Event in Japan, four new demos appeared on the eShop on the Nintendo 3DS in Japan. Players can download demos for Medalot 7, Samurai Chronicles The Second, Rhythm Hunter: HarmoKnight, and Airport Hero 3D.

All of the titles, with the exception of Airport Hero 3D, will be available for purchase next month. There is currently no word if any of these titles will be released in the West.

EX Troopers Arriving on 3DS This Winter in Japan 3DS

EX Troopers, a Lost Planet spin-off title developed by Capcom, will release on November 22 in Japan for 5,990 yen.

The game, which is an action “beginner’s shooter” puts players in the role of Bren Turner who is enrolled in an academy on EDN-3rd, one of the main locations from the game. The game features a cel-shaded, anime-inspired look that sets it apart visually from the main games in the Lost Planet series.

by Danny Bivens - 7:59 am PDT
Discuss in talkback!

The popular Genius Sonority RPG gets a sequel!

Players will be able to transfer their characters from the original title, as well as have a chance to try out the Denpa Ningen 2 with a demo shortly beforehand.

If you're good enough at the game to beat everyone in Japan, the new system is yours!

Gamers in Japan will have a chance to win a limited edition Culdcept Nintendo 3DS LL (3DS XL in the West) in Japan.

Nintendo is holding a Culdcept championship on November 3 to decide who will win the limited edition unit. Nintendo also released a new card for Culdcept immediately following the Nintendo Direct conference called the “power crown.”

We don't know exactly when or what it will be, but it's coming sooner than you think. 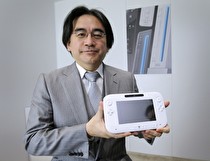 Satoru Iwata sent out several tweets after the Nintendo Direct live stream in Japan had finished today, mostly involving links to videos and websites about the games he'd just been talking about. However, there was a final message that read as follows:

Iwata: "Nintendo will have a conference... Read more...