Staff and readers share their personal tips and tricks that help give each level they create a flavor all its own!

Throw ten different people in a room with Super Mario Maker and say, "Make a Mario level!" When they are done you'll probably get ten wildly different, interesting, and exceedingly unique stages. The unique touches and flares of our individual Super Mario Maker levels are what make the game exciting to boot up every time, and they're something worth exploring and celebrating.

In that spirit we've asked Staff and Readers to share some small notes about what they think about when creating a level, what matters to them, what they try to achieve or avoid, and generally how they find a way to stamp their own brand of gameplay on Nintendo's latest Mario game. 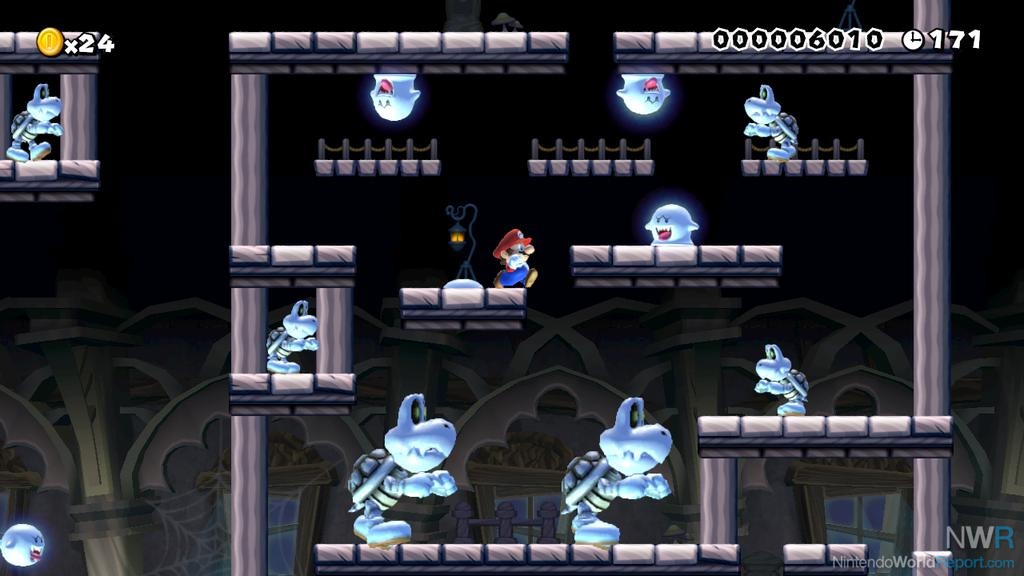 I like levels to end with something exciting, but not necessarily something difficult. The way I see it, if a player has gotten all the way to the end of a level the last thing they need is a high-stakes game of death that might make them throw the GamePad at a wall.

The end of my "Fire and Thwomps Oh My!" level (9B3E-0000-0044-EA92) features Thwomps pounding out large numbers of fireballs out of item blocks. However, a power-up mushroom placed nearby means you have a good chance of just running really fast and surviving even if you're hit. My "Koopa Troopa Prison" level (CAE8-0000-004E-E9BD) culminates in a large cage-like space filled with giant Dry Bones and Boos. I think it's actually one of the easy parts of the level, but hopefully it makes a lasting impression on the player as they grab onto the flagpole seconds later. 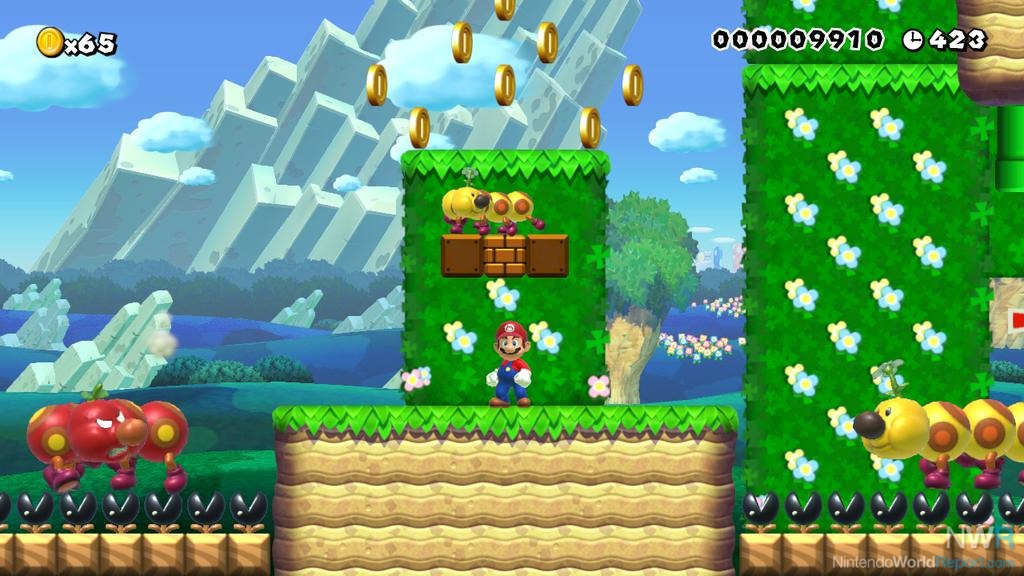 What I like to do in my levels is treat a collection of stages as if I'm making my own Mario game. I try to have gradually more difficult levels as I go on, and to create levels that "feel like Mario", which I'm getting a lot of feedback that that is the case so far. What I mean by "feeling like Mario" is having levels that resemble those that come from the games they're modeled after. As an aside, I also like having three hidden 1-ups in each of my levels (though I haven't done this with all of them), which serve as my Star Coins a la New Super Mario Bros. (wish some DLC would throw in Star Coins!) It allows for exploration in my levels and allows me to be creative with my secrets.

Most of my levels follow one concept or mechanic and expands upon it throughout the level. At the beginning, there might be a platform underneath your jumps on donut lifts, so you have a safety net in case you mess up, while later in the level you have donut lifts over a bottomless pit instead to increase the challenge and give a nice sense of progression. 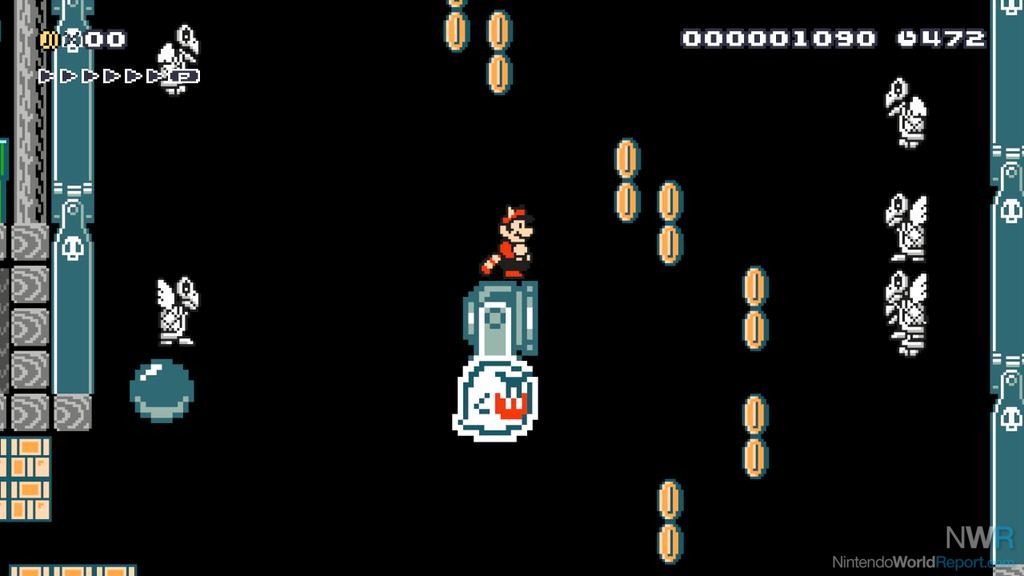 As a designer, my focus as is usually theming my stages on a level mechanic. I think with the exception of maybe two or three of my levels, I always begin by trying to introduce my level's core mechanic in as safe of an environment as possible, and then use further challenges centralized around that mechanic. This is what is known as iterative level design, and it's featured prominently in some of my favorite all time platformers.

"Ontothee Pass" (C6F8-0000-002E-0B35) features coins laid out to hint at the idea that the triple jump is needed to progress at all in that level. The 'pit' that leads up to said triple jump point is just ground with no enemies. "Boolistics" (15C8-0000-00A3-51C0) introduces a Big Boo with an easy-to-ride-atop cannon with few other obstacles. "Whispy Planes" (5ACA-0000-0077-7039) introduces the fact that it is very clearly trying to ape the idea of a Sonic level of its plagiarized namesake via starting with platforms to climb up to in order to introduce a safe environment, the orange rocket, blue cube wisps (Trampolines and P-switches respectively), and how I intend to present them to the player throughout the multi-tiered and multi-route level. 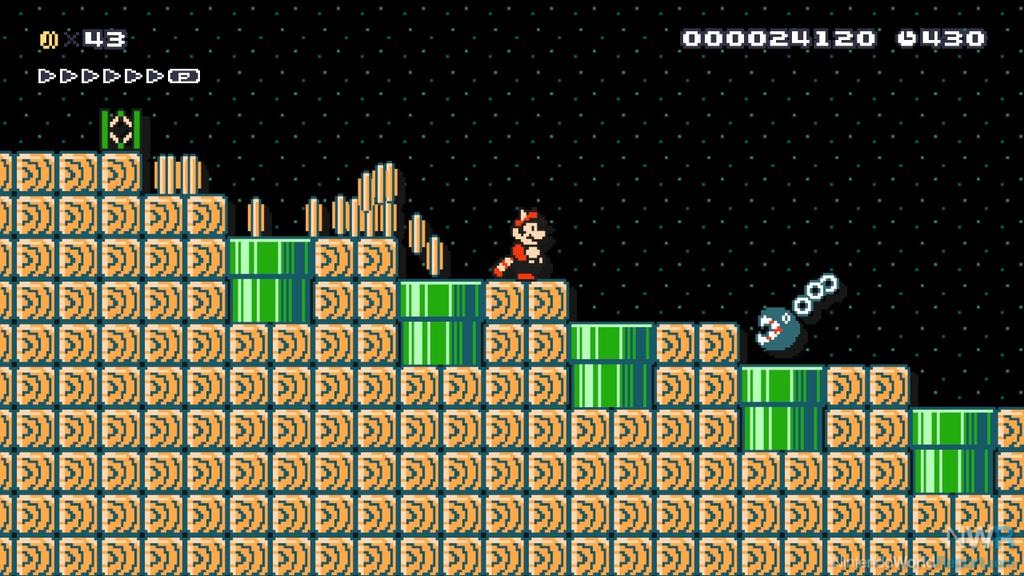 I like to create a level that has a good flow and platforming, and break convention sparingly. I think its firstly about not making a level so hard your blood boils, but most importantly about not making things so different from a Mario game where there is no longer anything that takes you by surprise. If you open a level and the first door you open takes you to three Bowsers, are you going to be that surprised when the next room is a string of chain chomps coming at you?

I think it's better to lull someone into a level of comfort so when they think, "in this tunnel, the first five pipes were shooting coins, that last one will shoot coins too!" Then a Fire Piranha pops out and shoots them on the fifth pipe. If they make that mistake, then it's more likely they'll play cautiously on their own while the level format makes them tempted to run without abandon. 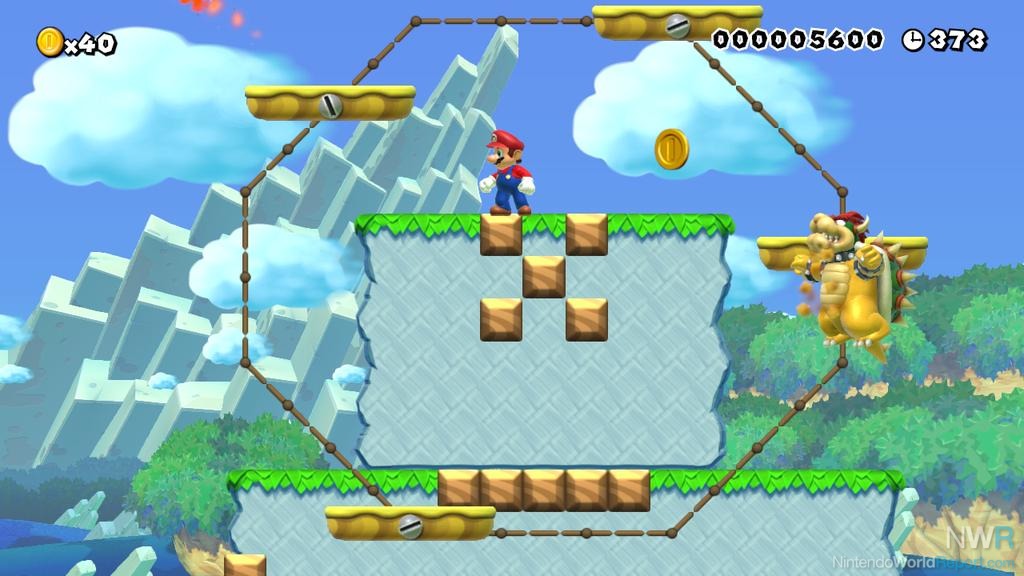 I'm a huge fan of gating certain platforming segments, and I tend to do this using warp pipes and doors quite often. People usually get a good look at a level if they are searching your maker page, and if that is the case, they might get the surprise taken from them. However, gating also allows me to separate and increase platforming challenge based on its position, and gives the opportunity to add puzzles and special unlockables that can help a player!

Two examples of this philosophy are Sunshine Remix: Bianca Hills (B676-0000-0078-DDD9) and The Wicked Warehouse (6D19-0000-0055-3FEE), which feature pipes and doors heavily. Sunshine Remix hides a key power-up that might help later in the level behind specific doors (which are also used to flesh out the Bianca aesthetic) and features a homage to The Secret of the Dirty Lake via warp pipe, while The Wicked Warehouse is a puzzling Boo House, so it has to have some warping tricks present.

Read on for Part II of How do YOU Super Mario Maker featuring more design musings from NWR readers and staff!