Throw ten different people in a room with Super Mario Maker and say "Make a Mario level!" and you'll probably get ten wildly different, interesting, and exceedingly unique stages. Each of us brings a different creative sensibility to the game, a different viewpoint and taste. The unique touches and flares of our individual Super Mario Maker levels are what make the game exciting to boot up every time, and they're something worth exploring and celebrating.

In that spirit, we've asked Staff and Readers to share some small notes about what they think about when creating a level, what matters to them, what they try to achieve or avoid, and generally how they find a way to stamp their own brand of gameplay on Nintendo's latest Mario game. 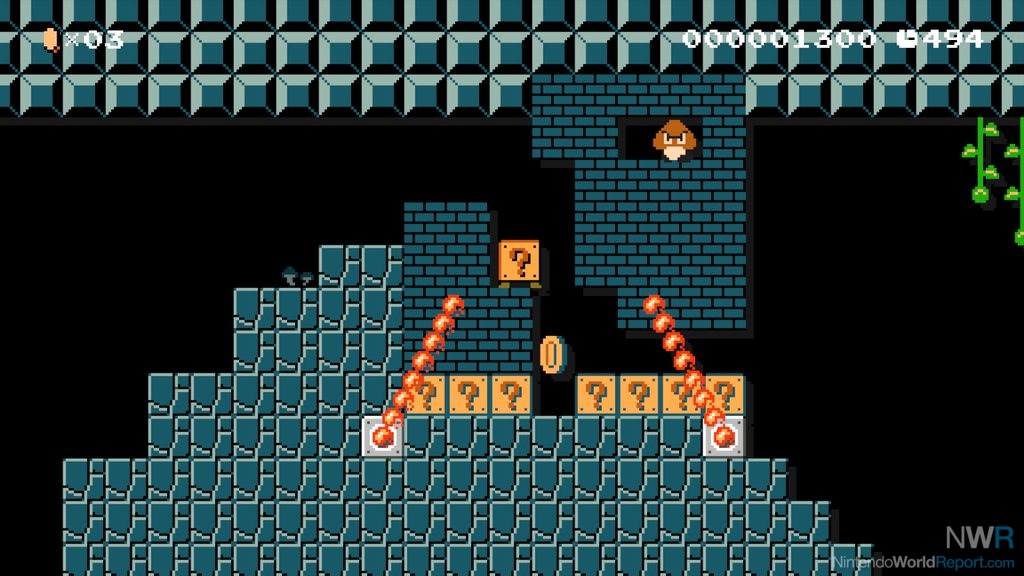 The most critical element to the design of each of my levels in Super Mario Maker is the gameplay "hook." I like it to be something simple, but also not necessarily something you would find in a classic Mario game. Just as importantly, you need to be able to iterate upon this gameplay hook naturally as your level progresses.

As an example, in my level Agent 47? (0FE8-0000-0073-D36E) I attempted to incorporate stealth elements by using the mystery mushroom as a coin block to enable Mario to hide in plain sight. This was introduced on the very first screen in an entirely danger free situation in order to accustom the player to what is expected of them, and then slowly the danger and difficulty are ratcheted up until Mario is sneaking past guards and manipulating the environment to assassinate his mark.

Levels that throw scores of enemies and objects at you in haphazard fashion are a dime a dozen in Course World. I would rather take one good or different gameplay idea and do my best to execute it well through iteration. 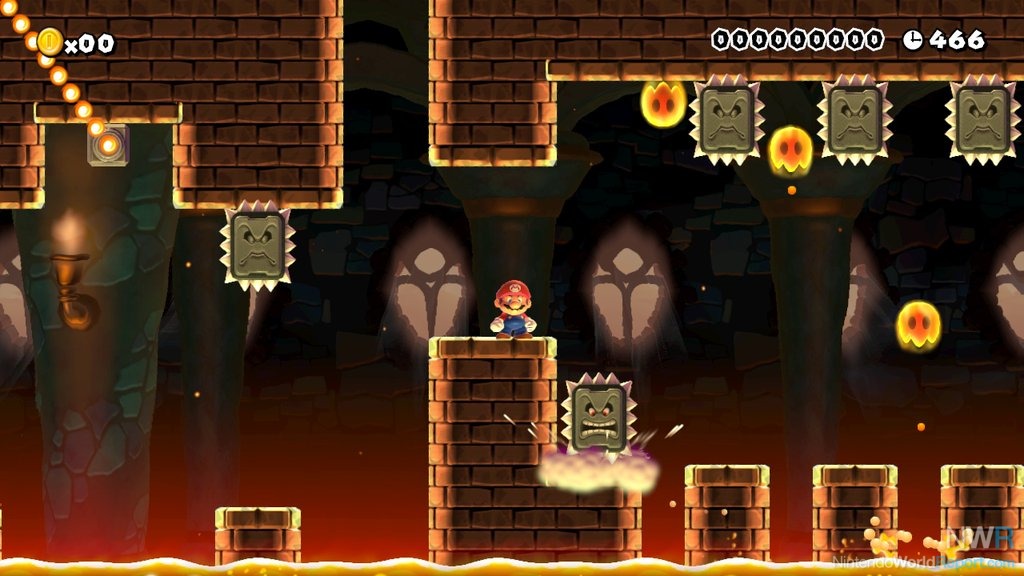 When I build a level, I typically move the goal to where I want it to be first, and then work my way from the beginning until the end. I try to make my levels feel like ones that would actually appear in a retail Mario game, and I like to fill up an entire screen's worth of space at a time. If I include power-ups, I make them appropriate for the level.

I'm not a fan of making levels difficult just for the sake of being difficult. I don't want my levels to show up in the 100 Mario Challenge and have people choose to skip them. As I'm going through I will play through the section I'm working on, or I'll start from the beginning, and if I can't pass within a few tries then I know I need to make some changes. I also like to incorporate the tradition of the Super Mario Bros. series by having more than one way to get through a level, or at least get through difficult areas, if you can find the hidden workaround. For example, one of the levels that I'm working on currently has an arrow sign pointing to an inaccessible part of the stage - unless you hit the P-switch and take the trampoline back like the signs are telling you to do. This gives you a raccoon suit and lets you breeze through an otherwise frustrating section, loosely inspired by Butter Bridge 2 from Super Mario World. I do, however, try to make Bowser's Castle levels have a more difficult battle at the end. Not something ridiculous like a super-sized Bowser with a smaller Bowser and then a regular Bowser on top, but at least some extra "regular" baddies crawling around so it's not just as simple as going under or over Bowser.

My 9-year old daughter currently occupies most of my upload space right now - I couldn't tell you what her motivation is, but people seem to enjoy most of her levels. 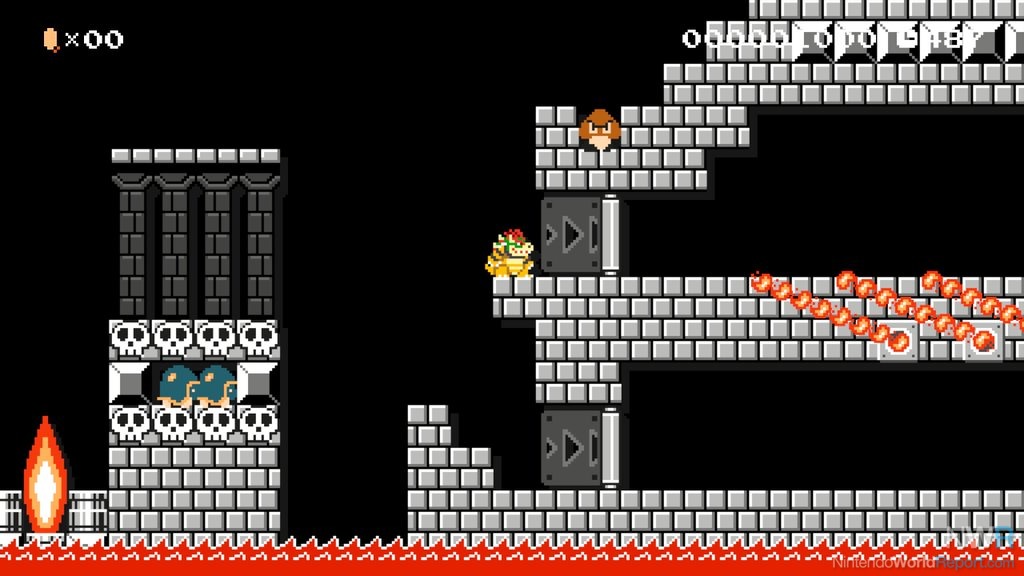 I guess when I made my first larger level, I tried to create a bit of a challenge; something that might seem a bit daunting at first, but will get easier for the player once they play it more. I also don't like making levels cheap, so any enemies or obstacles I tried to make clearly identifiable and I also tried to leave enough time for players to react to them.

I also like to create multiple paths or ways to complete a level. With my level Koopa's Krazy Kastle (F33A-0000-0068-751A) I've done this quite obviously with diverging pathways, but there are a few secret paths that I've created that people may never know exist. I've also put at least 15 Amiibo costumes in secret blocks for people to discover. 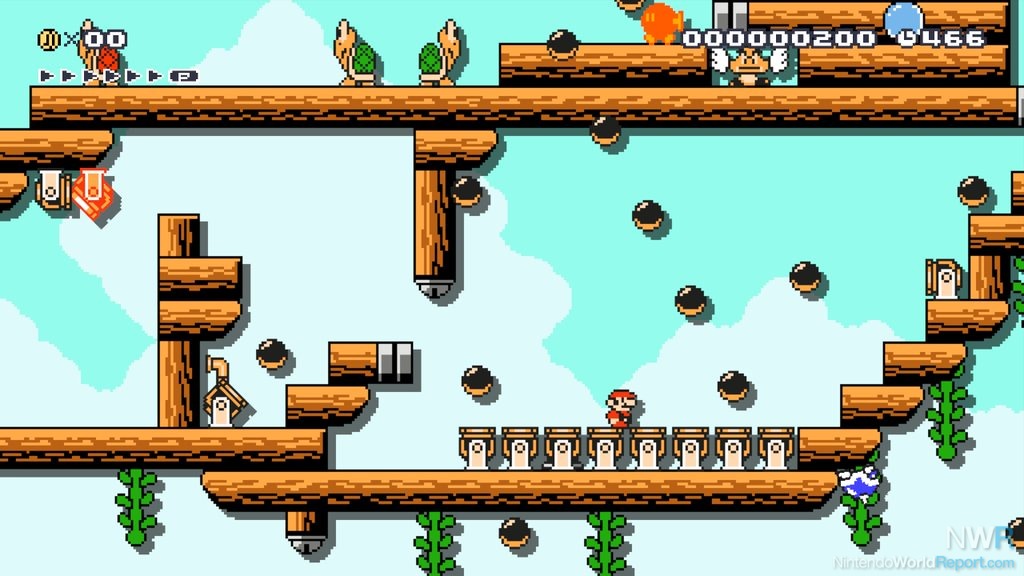 The first stage I created, named "Let's Fly Away" was more experimental than anything else. It's a challenging stage predicated on the idea of taking Mario through a stage on flying trampolines. I built it before I had unlocked all tools available to me, and so I do intend to go back at some point and touch it up. If you're looking to create the best stage possible, don't be afraid to pull something from online, give it some touch-ups, and then put it back up! (Editors Note: Make sure you don't save on their level or you won't be able to upload it again.)

That said, I'm very happy with my other stage, "Low Tide" (3EFA-000-0034-FEA2). Initially, I was planning to create an airship stage with three distinct pathways that intertwine. In doing so, I constructed the lowest pathway first. It worked so well I made it a stage all by itself! The important element to a traditional airship stage is cannon placement! There needs to be several! They don't have to be tricky, but they do assist in helping players avoid tedium while the screen scrolls through easier parts of the stage. "Low Tide" also features a lot of unnecessary distractions in sections of the stage that are unreachable. It's never a bad idea to decorate your stages! 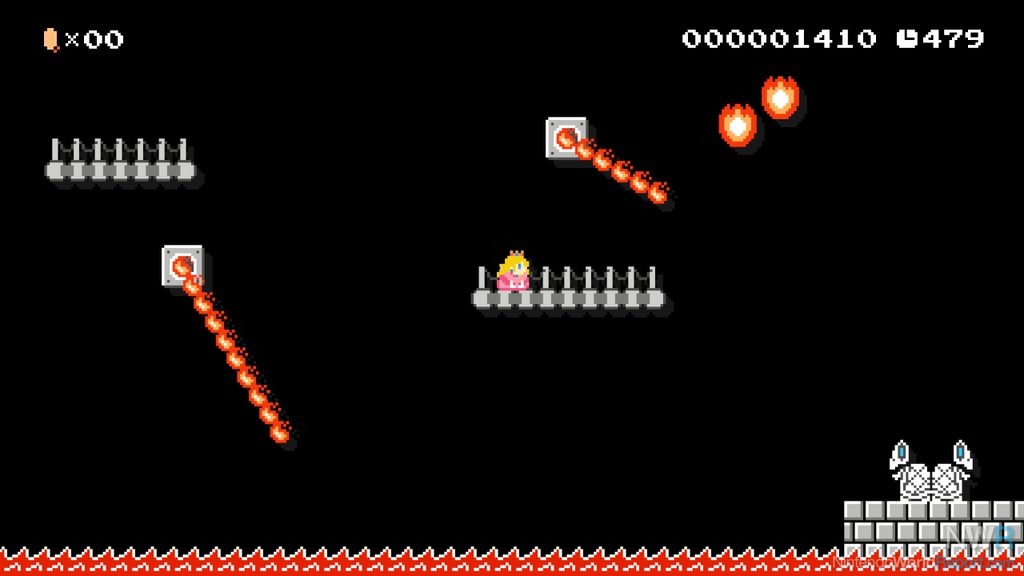 Making something satisfying is my goal, most people should be able to finish the level on their first attempt, or at least know how they messed up. Making sure there is nothing in the levels that is unfair to the player is crucial; something coming out of nowhere isn't fun, nor is making incredibly hard and frustrating levels. Blind jumps are a no-no unless the level has established the situation beforehand and the player has been guided to realize this.

In my 'Platfall Koopa Castle' (47E3-0000-0025-A552) there is a Thwomp that is introduced and is easy to get past. Later in the level there is one above a falling platform. The player would know what will happen from the first encounter and has already been using the falling platforms. This small section has a safe space for the player to survey what's ahead before making the jump. It requires quick movements and timing to get past without being hit, but it's not unfair because the player could stop and think beforehand.

Having breaths is something I like to do too. Introduce a short series of easy to mid range jumps or enemy encounters, then have a pause area for the player to stop. I think this helps to give the level more of a fast/slow tempo. Examples of this are in my levels Platfall Koopa Castle and 'Princess Peach Escapes' (3E88-0000-0048-4126). 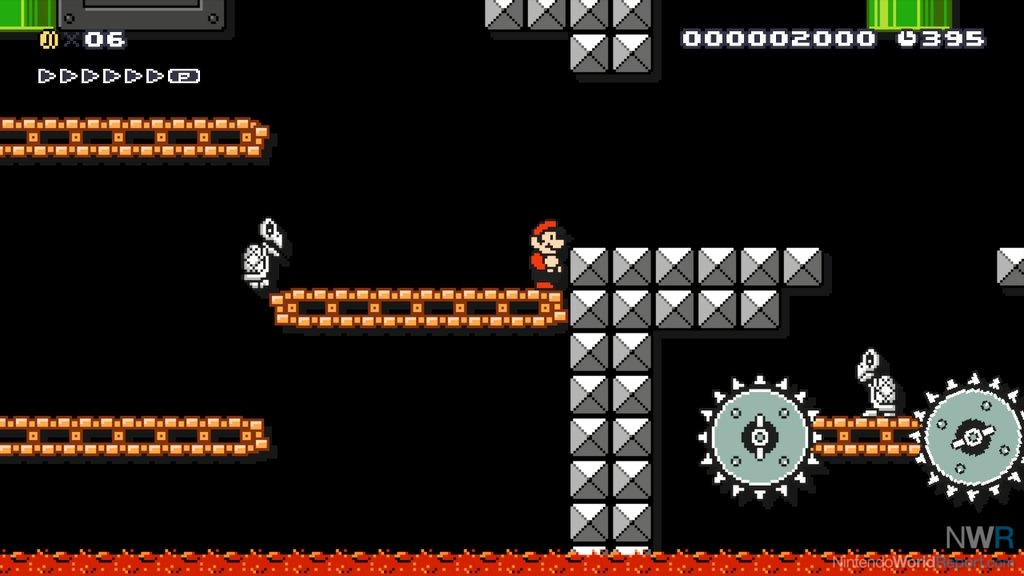 I try to incorporate a theme or a style that makes a level feel unique or memorable without being too messy or unnatural. It's irritating to see a pipe sprouting out of thin air, or blocks and enemies haphazardly strewn about with no rhyme or reason; I like designs that follow a consistent aesthetic flow and show an effort to preserve the style and fun of what made the original Mario games great.

In Exploring the Secret Cavern (FF9C-0000-0070-F77A) I wanted to convey the impression of uncovering an unexplored cave ruin. There are a few secret rooms and hidden items and a few areas that encourage experimenting with a winged Goomba Shoe (just hold down the jump button!).

Bowser's Befuddling Factory (83B1-0000-007F-0AB4) takes the maze idea from some of my favorite Super Mario Bros. 3 castle levels and is filled with Dry Bones on conveyor belts, storage warehouses, and one mysterious room where the local Boos try to mess with your head. Look for the three hidden 1-up Mushrooms!

I'm not opposed to challenge in a stage, as long as it's fair and can be completed through simple trial and error. No invisible blocks right where a player would normally jump to clear a pitfall, no swarm of 50 Lakitu clouds dropping Hammer Bros., no Warp Pipes that drop players directly into lava without warning.

My level Escape the Grindhouse! Hurry! (C1EE-0000-008B-A068) is a frantic race through a Super Mario World style castle, while being constantly chased by Grinder saw blades. It's probably the most difficult course I have created, but as long as you keep a cool head and keep moving, it's not impossible to beat. One of the hardest areas towards the end can be bypassed by a secret shortcut. Good luck!

Check back soon for Part IV of How do YOU Super Mario Maker featuring more design musings from NWR readers and staff!