The Pokemon anime and movies played a big role in Pedro's selections of Pokemon. 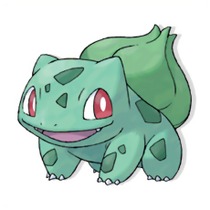 Cats are cool, and Meowth may easily be the best of the feline Pokémon. I was introduced to the world of Pokémon through the anime, and Team Rocket is easily my favorite part of the whole series. Meowth was the team’s mascot and provided a great bulk of the humor, wit, and snark. Because of that I wanted to have a Meowth in my team. It felt like I was taking with me a little bit of the TV series (Funny enough, the Yellow edition of Pokemon featured Team Rocket battles as seen in the series). 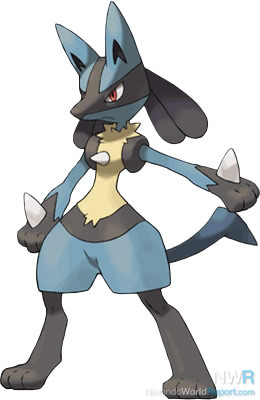 4. Lucario
Much like Meowth, the reason I love Lucario was because of the anime series, mainly the eighth movie “Lucario and the Mystery of Mew”. I really enjoyed the storyline of that movie, especially how Lucario is quite literally an ancient Pokémon who fought wars centuries ago and was brought back to the present day. I felt really bad for him as his owner's history is sad, but I thought he was really cool. So much so that right after watching the movie I went back to my copy of Pokémon Diamond, I looked hard for a Lucario, and traded for one online. He quickly became one of the strongest fighters in my team and was able to beat the final set of gym trainers. Had it not been for Lucario and the movie, I may not have finished the game and not gone back to the series full time. So I owe it all to Lucario for reinforcing the Pokemaniac in me. 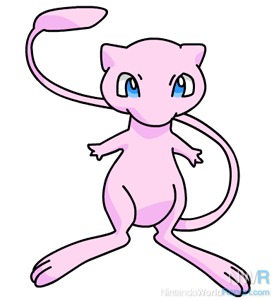 3. Mew
While not as cool as its clone Mewtwo, Mew was one of the most fascinating elements of the Pokémon mythos. When I was young I would read about the mysterious Mew, and how it would be impossible to catch it through traditional means. Much like a hunter seeking to find a rare animal, I became obsessed and wanted to catch it. After learning about the myths regarding its capture I was finally able to catch one and put it on my team right away. This was before the first movie was released so my love of the little guy was because of my efforts in catching him. 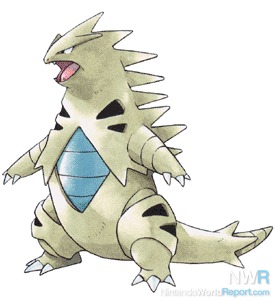 2. Tyranitar
This Pokémon was one of my tanks in my copy of Pokémon Silver for the Game Boy Color. Unlike the previously mentioned Pokémon I wasn’t introduced to it via the television series, but rather through the game. I thought that Larvitar was cool and decided to evolve it into Tyranitar. One new addition to the Pokémon series was Pokémon genders, so my Tyranitar was female. Being the dorky gamer that I was, I decided to name my Tyranitar “Xena”, after the Lucy Lawless character of the same name. She was my tank and helped me win many battles. The funny thing is that years later, during the Ruby/Sapphire/Emerald generation, the TV series did an episode on Tyranitar and Larvitar. Ash and friends rescued a Larvitar from a group of hunters. In one episode, the group enters the mind of the Larvitar where they learned that its mother, the Tyranitar, fought them and was injured during the battle. That episode made me nostalgic for my Xena, and that’s why it has become one of my favorite Pokémon. 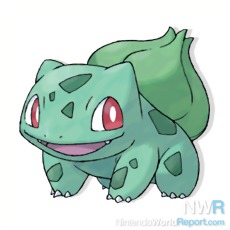 1. Bulbasaur (and all its evolution forms)
To me, Bulbasaur represents A LOT of firsts in my Pokémon fandom. A Bulbasaur themed episode was the first episode I ever saw of the television show, Bulbasaur was the first Pokémon I owned in the games and it was the first Pokémon I saw in 3D in the N64 games. The TV episode in question was called “Bulbasaur’s Mysterious Garden”. In it, Bulbasaurs from all over the world gathered in a secret garden in which a Venusaur would greet them, and they all evolve into Ivysaurs. But Ash’s Bulbasaur refuses to evolve and thus when Team Rocket decided to spoil the party he gives it his all in order to prove to the world that you can be a little guy and still kick butt. Granted, this episode isn’t one of the most popular or noteworthy of the entire Indigo League saga, but I loved the simple story it told, and for some reason I was deeply touched by how Bulbasaur refused to evolve in order to prove his self-worth as his un-evolved form.

I loved this episode so much that I actually wrote to Nintendo Power in order to learn more about Pokémon. I then bought a copy of Pokémon Red, the Nintendo guide and a link cable for trading purposes. When I fired up the game, I knew which Pokémon I would choose for my starter: Bulbasaur, which I named “Papo” (my real life nickname). I was still a new fan of the series so I never got into the intricacies of the techniques, the power-ups and such. All I knew that I wanted to make my Papo big and strong. That’s why I love the evolution forms as well. With each new achievement Papo would grow and change, with its forms being proof of the victories we experienced throughout our journey (which is ironic considering the episode that got me into the whole franchise dealt with not changing for the sake of changing).

When Pokémon Stadium came out for the N64 and learned about the data transfer between games I knew which Pokémon would be the first to gain a new dimension. Papo appeared on-screen for the first time and I was a very happy trainer. So thanks to a deep, personal connection Bulbasaur is my favorite Pokémon of all-time.