Madden and Nintendo Through the Ages

This week's entry focuses on the history of the series on Nintendo consoles.

In November 1991, John Madden Football graced a Nintendo console for the first time. Without an NFL license, this game brought about a new look for football video games. For the first time ever, players looked at the field from behind the quarterback as opposed to from the sideline.

Another entry hit the SNES a year later, and then, in 1993, Tiburon Entertainment developed their first entry in the series: Madden NFL '94. Boasting the NFL team license, this iteration of Madden also allowed gamers to finally play a full season via a password function. The next year, the series hit Game Boy, added the NFL Players Association license, and added a save battery. 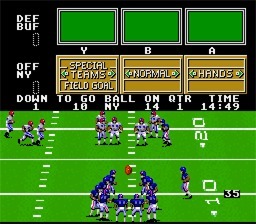 Madden video games incrementally improved over the next couple years until they hit the next generation. In fall 1997, Madden Football 64 was seemingly forced out to compete with Acclaim's NFL Quarterback Club '98, which had the exclusive NFL team licensing rights for the year. Sadly, this was also the last year that Madden was on the Super Nintendo. Strangely, there were no Madden titles on Nintendo's handhelds from 1997 to 1999.

Madden NFL 99 brought about Franchise mode, and many sports nerds, including myself, rejoiced as they could take their team through 15 years of games, free agency, drafts, and more. The Madden Curse is said to have originated with this version, since the San Francisco 49ers' Garrison Hearst missed two seasons due to an ankle injury following his appearance on the game's cover. This version also featured a peculiar error on the Nintendo 64, since a good deal of penalties weren't  able to be enforced despite having an options menu that toggled them on and off. This quirk meant you could interfere with just about anyone without fear of being called for a penalty. 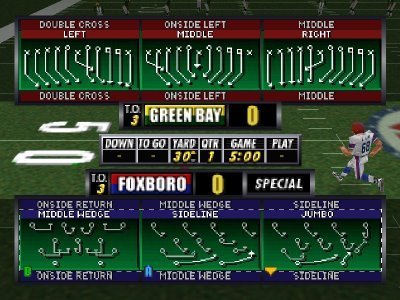 Remember the Foxboro Patriots? Yea, I don't either.

In Madden NFL 2001, the ever-popular Madden cards were added, which opened up cheats, bonuses, and legendary players in an addictive trading card fashion. Madden NFL 2002 hit a whopping four Nintendo consoles when it came out, and also marked the series' debut on GameCube and Game Boy Advance. It was also the last year for Nintendo 64 and Game Boy Color versions of the franchise.

There was a series of small additions in the 2003 edition, including Mini-Camp mode and EA Trax songs, which included Andrew W.K. and Good Charlotte. With the appropriate Madden Cards, you could add members of those bands to the free agent pool. Also, long-time commentator Pat Summerall - who retired that year - was replaced by Al Michaels. This change had an effect on current video games, since Al Michaels' move to NBC allowed Disney to reacquire the rights to Walt Disney's original creation, Oswald the Lucky Rabbit, who is the villain in Disney Epic Mickey.

Madden NFL 2004 won Spike TV's Video Game Awards in 2003, and then the series debuted on DS with the following year's edition. Due to the success of the Game Boy Advance, it continued to come out on the system until 2006. 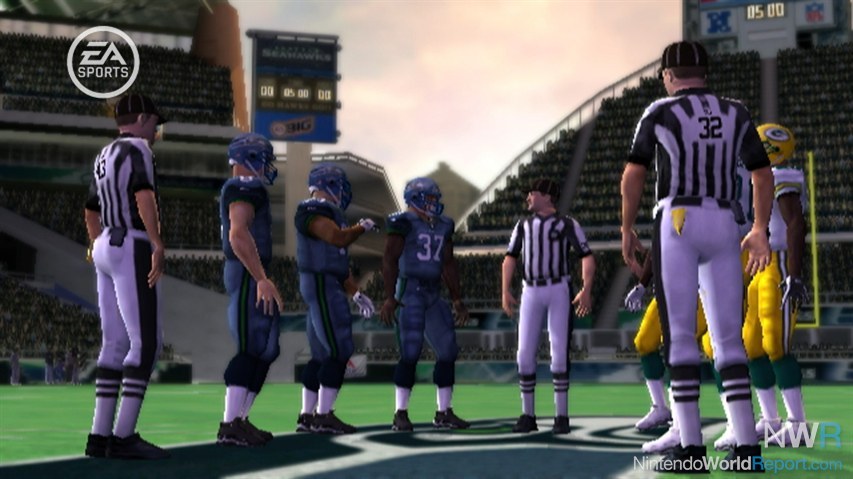 The series began to veer off in its own direction on Nintendo systems with Madden NFL 2007. The first entry was co-developed by EA Canada and HB Studios, and was a motion-controlled port of the PlayStation 2 version. The next year's game added online play to the Wii version, a first for the series on a Nintendo platform, and Mii integration. The steps were being made to make the Wii version more than a PlayStation 2 port, but it wasn't too apparent. The 2008 edition was also the last version to hit GameCube.

The next year's game, Madden NFL '09, was the last game to hit DS because "[EA Sports was] evaluating [their] approach to the Madden NFL franchise" on the handheld.

EA Sports experimented with All-Play on their Wii games in 2008, and added a number of quality gameplay features that have made the Wii Madden games more distinct. The 5-on-5 mode added an arcade twist to the normally simulated action, and Call Your Shots allowed players to audible their own routes for receivers with the Wii Remote's pointer.

Still, Madden NFL '09 was nothing more than port with motion controls. For the next iteration, EA Sports went back to the drawing board, and finally put the Wii version in the hands of the team that has been handling Madden since 1994: EA Tiburon.

As you might know, last year's game was a new start for the series on Wii. It had a distinctive art style, and a focus on arcade-style gameplay. Next week's entry in Nintendo World Report's Madden Special will be focused on the art style change: why it was done, where did its inspiration come from, and what's being improved in Madden NFL 11. 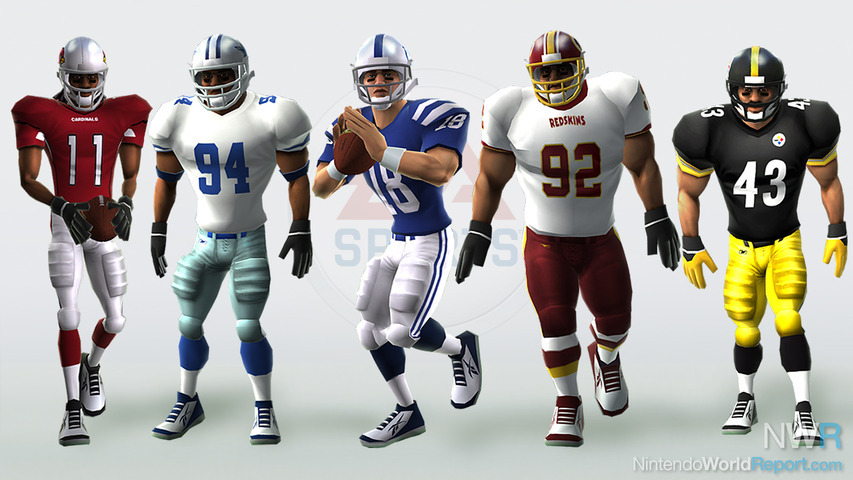 A taste of what's to come.

Hopefully the Madden franchise can continue to evolve on the Wii/Next Nintendo Console to be a tailored experience.

If they can continue to find a way for me to get a truly fun American Football(respect) experience and allow my son to enjoy playing with me, then I believe the series can begin to have true resonance once again on Nintendo's consoles.

Even though some may want the simulation heavy product that made Madden what it is to day, we must understand that Nintendo home consoles are now transition systems. Before, kid gamers were the only gamers. Now were grown gamers but kid gamers cant start off with the complexity of Madden 2011 on the PS3 and expect to understand whats happening.

I agree with the article that the 2004 version was well deserving of the awards it received. My brother and I played 20+ seasons on that year on the GCN.

Since owning a Wii, I have waiting, and waited, and waited for a good Wii version of the Madden Series. It has looked like nothing but a terrible shell of the 360 and PS3 versions and I've not even had a desire to buy any version of the game, and that included seeing Madden 2008 for $15 in the clearance area at Target.

I want this year's version to be great, not good, but great. I want the online to be good, and I want to actually own a Madden version for Wii because its a quality game. I sure hope EA gets it right. I can live with those crap *** style graphics if hey can give me a great simulation game that gives the option for an arcadey feel.

Yo dude, Madden on Wii was great last year.

Madden's always been good on the Wii. Madden 07 was the best use of motion controls at launch apart from Wii Sports.

his change had an effect on current video games, since Al Michaels' move  to NBC allowed Disney to reacquire the rights to Walt Disney's original  creation, Oswald the Lucky Rabbit, who is the villain in Disney Epic  Mickey.

Is this some kind of obscure football joke? What in the world would Al Michaels have to do with Oswald the Rabbit?

his change had an effect on current video games, since Al Michaels' move  to NBC allowed Disney to reacquire the rights to Walt Disney's original  creation, Oswald the Lucky Rabbit, who is the villain in Disney Epic  Mickey.

Is this some kind of obscure football joke? What in the world would Al Michaels have to do with Oswald the Rabbit?

It's not a joke, Disney actually did trade Al Michaels to NBC in exchange for getting back the rights to Oswald. It was a pretty unusual deal.

I thought you were joking until I read this: http://sports.espn.go.com/nfl/news/story?id=2324417

For those too lazy to read; Disney created 27 Oswald cartoons but Universal Studios distributed them and owned the rights to the character (this is why Disney actually created Mickey Mouse, so they would own it).

In February 2006 it was announced that Monday Night Football would move from ABC to ESPN. NBC picked up the rights to start airing Sunday night football games again. Disney and NBC Universal reached a deal where Disney would let Al Michales go to NBC (he had been under contract for MNF on ABC) and in return NBC would give the rights to the Oswald character to Disney. Apparently Bob Iger had been trying for quite some time to get the rights to the character back.