If you don't have a 3DS, you are missing out on awesome. 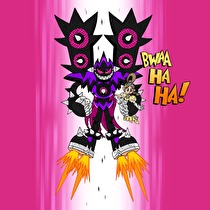 Looking back on the first three months of 2013, the 3DS was out in full force. I mean, just look at the sheer number of quality releases. We gave 9.5s to Fire Emblem Awakening and Luigi's Mansion: Dark Moon, in addition to 9s to Etrian Odyssey IV: Legend of the Titan, Monster Hunter 3 Ultimate, and HarmoKnight. That's five excellent games by our standards, not even mentioning the positive reviews garnered by Castlevania: Lords of Shadow – Mirror of Fate, Nano Assault EX, Pokémon Mystery Dungeon: Gates to Infinity, and Brain Age: Concentration Training, and ATV Wild Ride 3D, Ikachan, Gunman Clive, and Tokyo Crash Mobs.

Just wow. The 3DS is firing on all cylinders during one of the slower periods of the year. If only the Wii U could be operating at that same high efficiency. Still, while the quantity of Wii U releases has been laughably low, the quality is present. Games like Runner2, The Cave, LEGO City: Undercover, Monster Hunter 3 Ultimate, and Need for Speed: Most Wanted U have all been beloved by different members of our staff. Unfortunately, I just about listed every single game released on the Wii U this quarter, and it still pales in comparison to nearly every other platform, most of which got some of those games in addition to a half-dozen more quality releases.

The first quarter of 2013 wasn't as pathetic and worrying as it appeared at first, mostly because the second half of March was filled with a variety of stellar titles. The Wii U still lacked a punch (or eight), but the 3DS averaged out to a quality release every week or two. I mean, really, all a person really needed was Fire Emblem Awakening, since that game has like 50+ hours of freaking content. Throw in Etrian Odyssey IV, and if I was on a desert island, I could probably subsist on those two games for a very long time. And man, if you haven't touched HarmoKnight or Runner2 yet, you're missing out on some of the best rhythm platforming I have ever seen!

How did you feel about the first three months of 2013? Are you still catching up? Did none of these games appeal to you? Are you in Europe and bitter about having to wait for Fire Emblem and Brain Age (I would be, too)?

Fluidity: Spin Cycle was pretty awesome too, although it seems like no one played it.  Technically that was the end of 2012 but it was the very end so... it almost counts.

the wii u had like 8 games come out in march and nothing beforehand, gee nintendo nothing wrong there at all, perfect release schedule A++

I agree, 2013 has had a very good start, for the 3DS at least. It could still be a great year overall for Nintendo if they release some of the high-profile Wii U games in development as well. I'm perpetually behind so I haven't really bought the games released this year yet, but there are many that I will in the future.