The reaction may not be divisive, but that's reserved for the murder anyway.

When I reviewed the original AI: The Somnium Files a few years ago, my thoughts were that the game was a solid foundation for a series in much the same way 999 (from the same writer, Kotaro Uchikoshi) was. Three years later, its sequel “nirvanA Initiative” (I see what you did there) takes what the 2019 original built and blows it out. It’s a solid second effort, though I’m very curious how we would get to the Zero Time Dilemma portion of this potential trilogy. 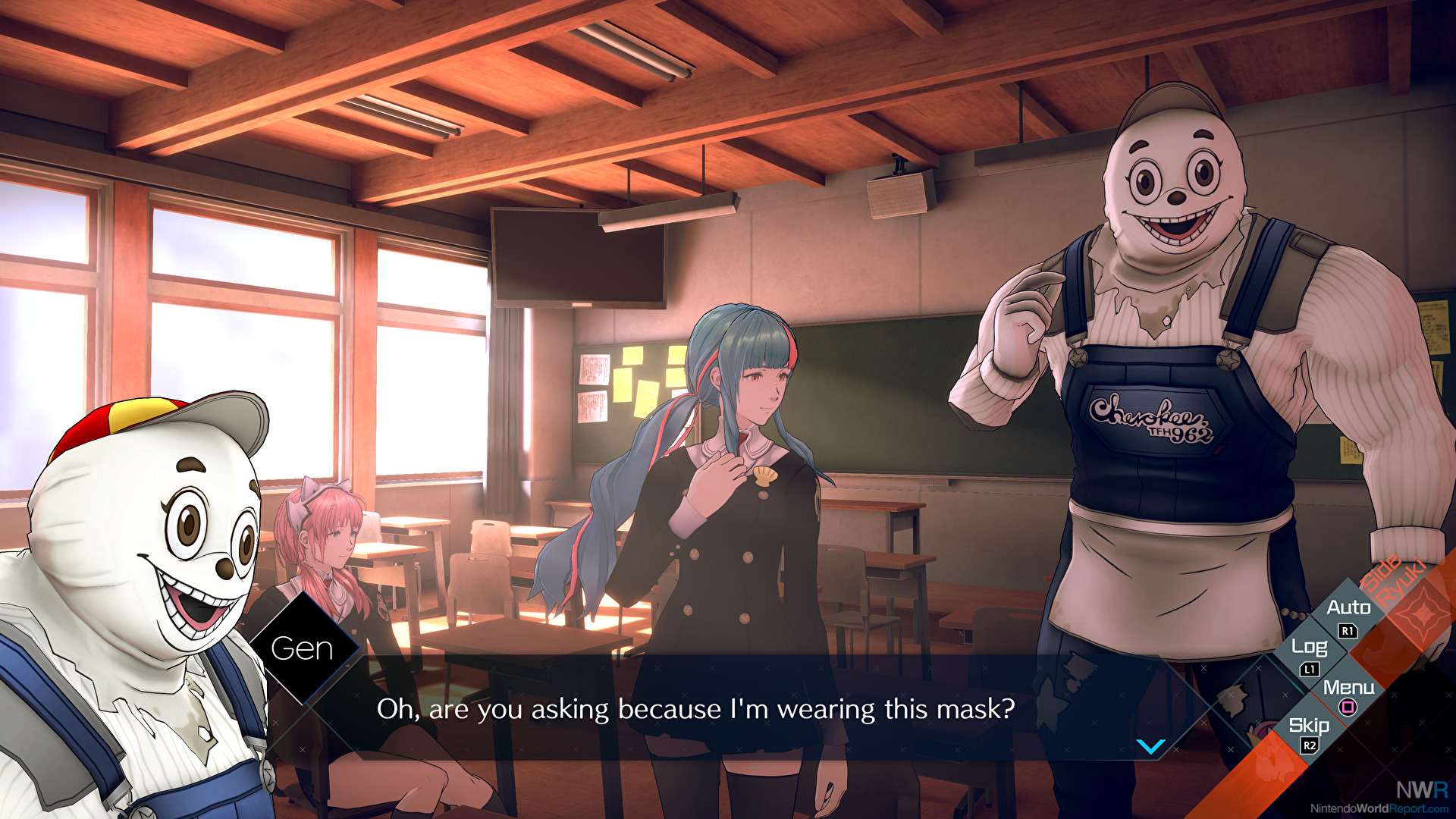 Look broseph, are you going to ask me to delete all my save files at the end of this?

As in the original Somnium Files, the sequel takes place in Tokyo where an unknown phenomenon has caused a murder victim’s corpse to be split cleanly in half; the two halves of the corpse appear roughly six years apart, with a time of death given as within a few hours of the body being discovered. The player’s point of view is split between two officers investigating the killings: the quiet Ryuki and his AI companion Tama are handling the investigation in the past, while returning characters Mizuki and her AI companion Aiba are investigating in the future. To answer the inevitable question, knowledge of the 2019 original helps but isn’t required. Early on, the game literally asks if you know of the events of the original Somnium Files: an alternate dialogue track and character appearance is used if the "I know" option is selected.

The core gameplay is a point-and-click adventure, with the occasional exploration sequence or quick-time event chain tossed in for variety. (It even breaks down into a Pokemon pastiche at one point, in a neat nod to a similar sequence with Minecraft in the original.) The point-and-click sequences had a few pixel hunts; there was one sequence early on where I had to talk to everyone in a room including the AI companion but ended up randomly scrolling through an entire room full of junk before discovering that the AI was appearing in a female character’s cleavage. (That really felt like something thrown in once it became clear the game was going to get an M rating.) It is nice to see that the game signals which items still have information that can provide new options by lighting the label up in green if the labeled object or person hasn’t been exhausted. The full 3D interactions are in the “Somnium” mode, which involves diving into a character’s memories to undo mental locks; Somnium Files 2 adds some event-based jumping and navigation in water to these sequences.

The “calling out incomplete events” also extends to the game’s highly necessary flowchart. Certain Somnium events have multiple options, and the flowchart is necessary to jump back to choices after getting an ending, lest you lose all progress by clicking “New Game”. (I fell for this: in trying to enter an unlock key for the second route, the clearest options weren’t working and out of frustration I ended up hitting “New Game”.) Somnium Files 2 only offers a single manual save and an auto-save slot: most games of this variety at least offer three slots in order to facilitate quick jumps back if a bad ending is obtained. 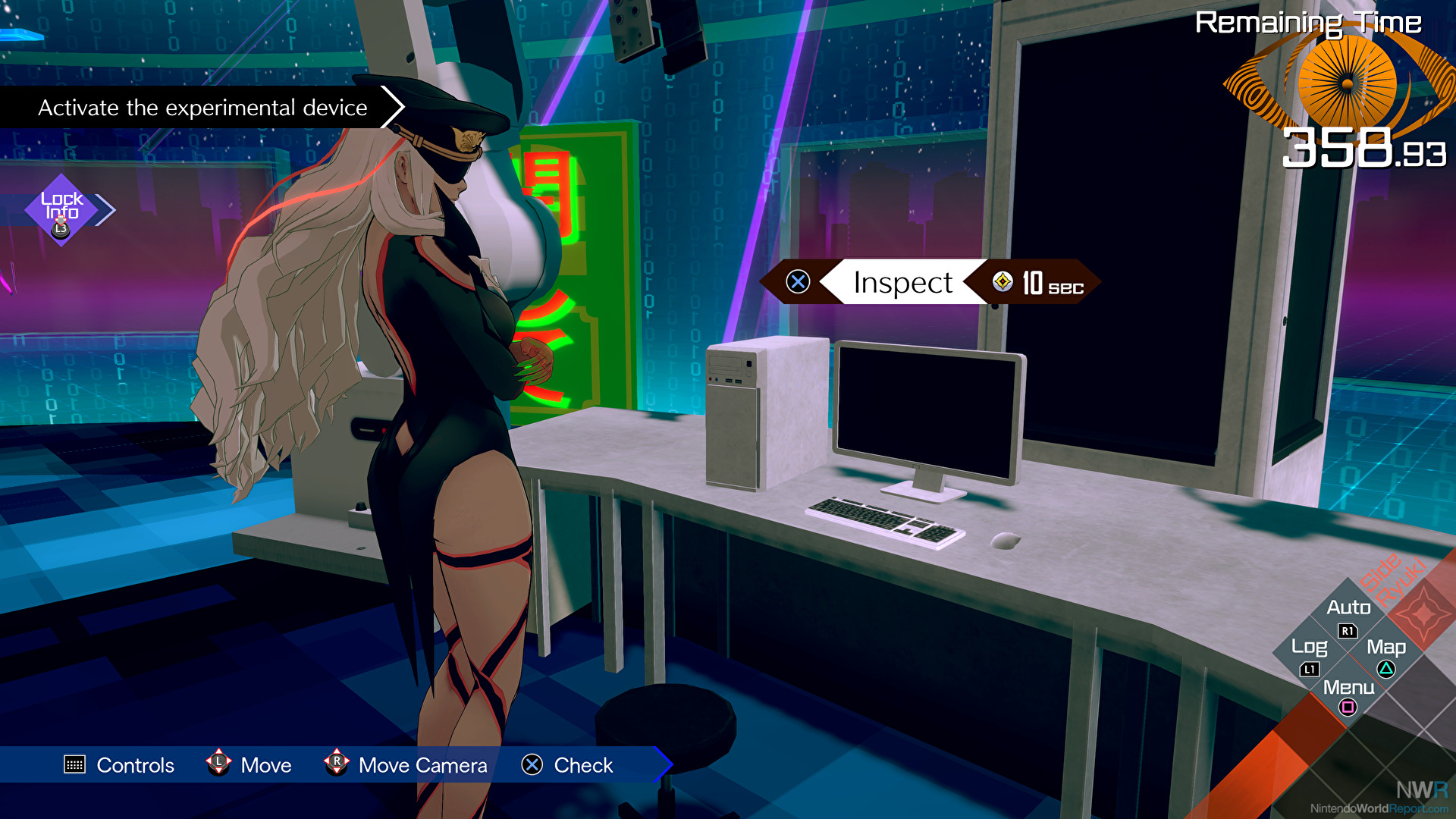 Oh sure, let's just activate the experimental device. What's the worst that could happen?

When we received the review code, we were advised of issues that had been patched on all but Switch - the patch is intended to fix freezes, improve the frame rate, and fix production issues (lip sync, voice playback) plus other bugs. In the time I played, I didn’t really notice any of these issues, though I did have a “crash to desktop” occur late in a route when I hadn’t manually saved for a while and a complicated graphical effect occurred. In sessions both handheld and docked, there weren't any sort of frame hits or other performance issues.

The Somnium sequences give the creators a chance to really let the freak flag fly with the environments, which are otherwise standard urban faire. In a case of stylistic suck, there’s more than a few “viral videos” which are explicitly designed to take after the old Max Headroom video of the late 1980s, and left me as disturbed as the characters who were witnessing them in universe. I played with the dub voices (though the Japanese voices are also available for those who prefer subs) and there were strong performances all around, though I noticed a lot of voices repeating from another game coming out on the same day, which rolling credits confirmed.

I didn’t mention it during the original game’s review, but a good portion of its playtime was while waiting for power to return after my hometown got clobbered by the remnants of a hurricane; this time, the worst it got was some pretty heavy thunderstorms. And just as the weather wasn’t as extreme this time, nirvanA Initiative gets close to the levels of the original but just falls slightly short.

A review code was provided by Spike Chunsoft; the patch mentioned above will be out by launch day.