Where's Blick Winkel when you need him?

Spike Chunsoft had a major cult hit with the Zero Escape series over the last decade, even if the ending of it was a little rough for Nintendo-only players. With that success and a new Western publishing arm, they brought Zero Escape series writer Kotaro Uchikoshi back for another story with Ai: The Somnium Files, which focuses on interaction with the world of dreams instead of time travel insanity. As a standalone story, Ai doesn’t reach the heights of Uchikoshi’s past work, but there’s definitely a strong base here. 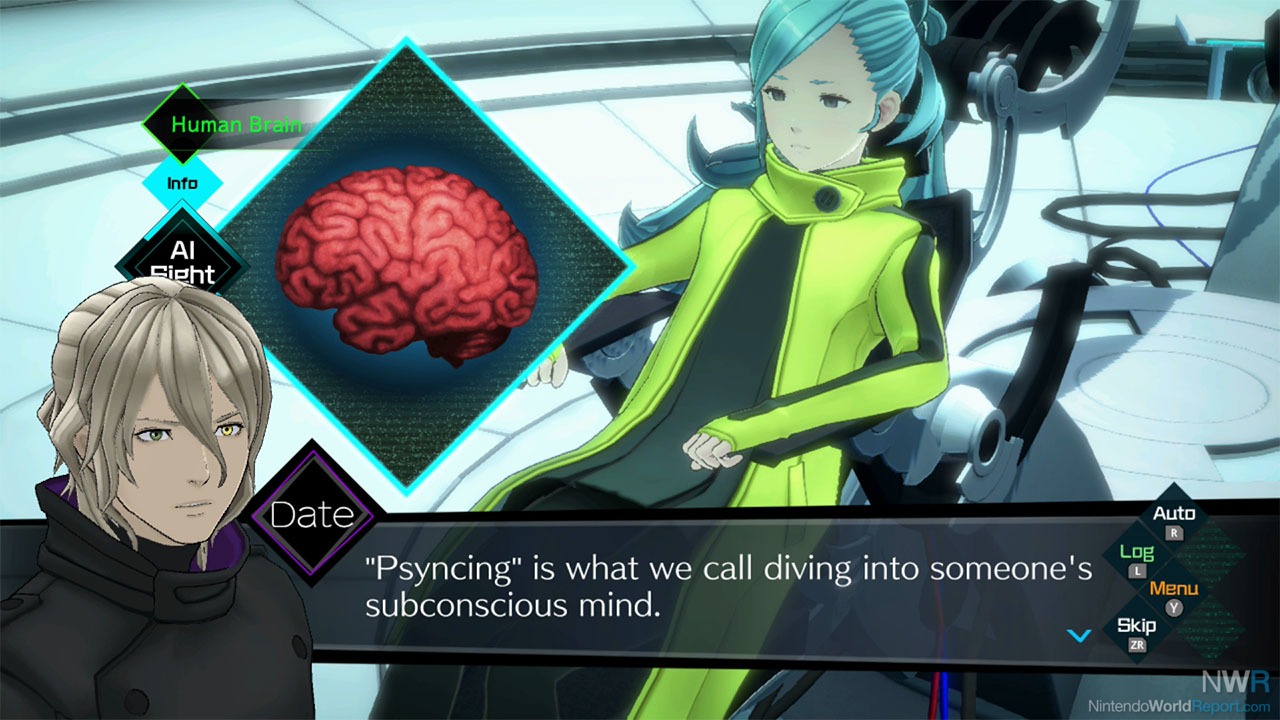 We can fficially confirm that Uchikoshi is, as the kids say, "back on his bullshit."

Like the Zero Escape games, Ai is equal parts visual novel and puzzle game. You control Date (pronounced dah-TAY), a member of a Japanese police force who uses a technology called Psync to enter the dreams of victims and suspects in order to solve mysteries. The story begins as a basic murder mystery, with Date tasked with trying to track down a killer who left a very bloody corpse on a merry-go-round. (Ai takes its M rating and likes it.) Date has access to an artificial intelligence named Aiba, which usually lives in his left eye and serves as his one-unit search engine as he tries to solve a mystery that quickly spirals out of control and seemingly involves every person he knows. The story is separated into days, with each day ending on a sequence in a dream world known as Somnium. In the Somnium, Aiba (in a way more revealing form) represents the player as they move in a 3D environment that starts out with the atmosphere of a Wii-era horror game and only gets creepier. The objective is to undo "mental locks" that prevent the story continuing under a six minute time limit: it seems short, but the clock only ticks down when Aiba moves or takes actions. Modifiers are picked up along the way that can reduce - or eventually, increase - the time it takes to complete an action. There’s often more than one way to solve a Somnium puzzle, and it’s blessedly easy to jump back to a puzzle by way of an ingame flowchart.

Ai’s story starts out strong with the murder and quickly goes even crazier. In the name of avoiding spoilers, the hallmarks of the writer’s prior works are out in full force in Ai. I did have some difficulty seeing the story due to some very tricky Somnium puzzles, however. One puzzle I had presented me with a double-digit number of options on the last lock, and only 60 seconds left to complete it. A generous retry system is present, using a combination of checkpoint returns and the ability to fast-forward the extended chatty sequences after the first time through with the ZR button. The novel sequences are a brisk read, with a good sense of humor, but the path I went down first involved a fair few "press X to not die" sequences that wouldn’t be out of place in The Wolf Among Us or another Telltale adventure series. 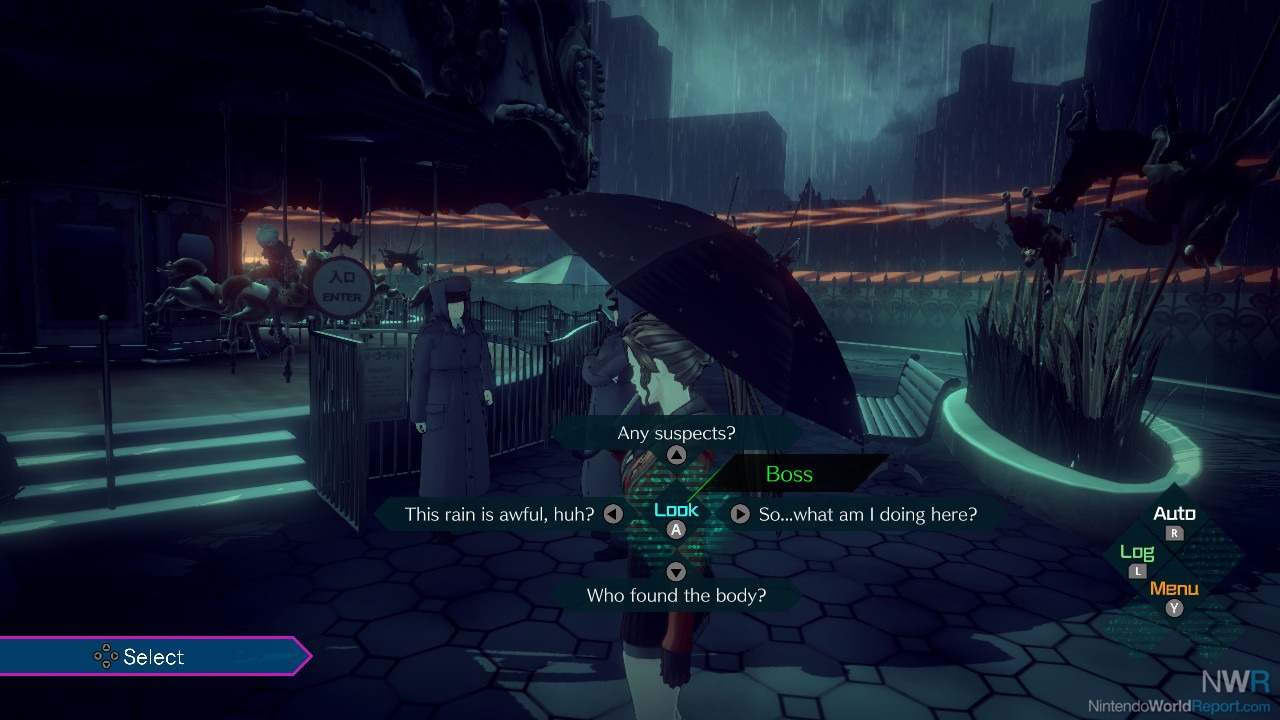 Eye see what someone did there.

When playing Ai on TV, I didn’t really have any issues with the game, but after being confined to handheld mode thanks to a near 30-hour power outage during the review period I found that it struggles in handheld mode. Action sequences would noticeably stall at certain times, and the smaller field of view made it a little harder to spot key things in the Somnium. It’s not a deal breaker, and I do hold out hope for a patch to help with that though Spike Chunsoft hasn’t mentioned anything along those lines. The other glitch I ran into was a voice acting oddity, in which the (English) voice transposed two names during a story sequence compared to the subtitles which caused a bout of momentary confusion until I decided to just go with context and the subtitles.

Whether in handheld or on TV, Ai’s graphics are incredibly sharp, even in the gratuitous tribute to a past work of Hatsune Miku. The characters all have a unique look, and it’s clear what objects in the Somnium can be interacted with. The music does a good job of fading into the background, while transposition aside the voice cast does a good job with their performances. Everything is fully voiced and dubbed, and some of the actors manage to pull off performances that I didn’t expect from them given their prior work.

A lot of my interest in Ai was due to the writing talent: though he’s done things since, this is the first post-Zero Escape project from Uchikoshi that I’ve had the chance to play. I definitely want to see where Ai is going next, and just hope that the experience is a little smoother when it goes wide.