A fitting final addition to the Wii library. 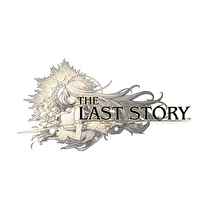 It’s a party-based JRPG. It’s a squad-based action game. It’s a dungeon crawler. It’s a tactics game. The Last Story is all of the above. A tightly wound adventure that defies easy description, it is a tremendous step forward for the RPG genre on Wii and for Japanese role-playing games in general.

The Last Story creates a tremendous world, which your band of misfits fits perfectly. It strings together the story’s events without the negative gameplay ramifications that usually accompany such directed a plot. The chapters provide both focused plot arcs and neatly compacted segments of gameplay. And while building your characters is rewarding, the way your party becomes family is infinitely more so.

Combat is an absolute dream. Blending elements of action and strategy titles, each battle offers the chance to hone skills that ultimately lead to victory. Every encounter feels finely crafted, and the site of each battle perfectly chosen. A keen eye and a sharp mind will benefit from terrain that offers an opportunity for a quick victory, while recklessness will result in ambushes and resounding defeat.

A lush soundtrack and convincing voice work compete for attention with the game’s detailed cities and ominous caves, with its smaller areas containing more detail than almost any Wii title. The character models change with equipment, enemies are embellished with scars and tattoos, and the structures bear the kind of fine detail not usually equated with a Wii title.

The Last Story shares a creator with Final Fantasy and yet it ranks among his most groundbreaking work. Nintendo took a chance when they opted to hire Hiranobu Sakaguchi’s studio to produce a title for them, but the risk paid off. It is a fitting send-off for the Wii. Players owe a debt of gratitude to the people who made this great game available worldwide.

Crashmo is a slice of perfection. It's right up there with Beat the Beat, The Last Story and Hotline Miami as one of my top games of last year.

As for Little Inferno.

"It’s a very well-rounded product, and while it may never be clear whether it’s a game or not, what can’t be argued is how enjoyable it is."

Truthfully though, I have no intention of ever buying Little Inferno.

Crashmo I am kind of meh about. I enjoyed it, but I got stuck way too often and finally gave up pretty darn early. Just could not change my mindset.


Little Inferno I am absolutely loving. Think of it as a puzzle game and I think you will get it. It is my favorite of the Wii U games I have gotten so far (Batman, NSMBU, Nintendoland and Sonic Racing).

I don't even like mentioning one part of the game mentioned in the piece, as I hope it's a "surprise" to many new players of it.


I usually refer to it as "Bacon", and if you have played it you may know why.


I thoroughly enjoyed my time with ZombiU, and fortunately I didn't hit/experience any "game breaking" bugs or glitches in, that being said though I do hope Ubisoft releases a patch to fix some of the glitches. I think a patch fixing the issues would help new players not get frustrated with it, and I could take out my default, "It's not perfect, you may experience glitches that cause you to have to start over..." lines here and there, but I'm very glad to see ZombiU see the light of day, and I do hope we get more of it in the future...in some fashion.

I wanted a Wii U very badly upon release, but there wasn't a game I didn't already have or couldn;t wait to get. So I bought a Wii U, and took a chance by making ZombiU my first Wii U game purchase. That was a great choice.


ZombiU is a fresh and challenging take of a Zombie game. In a world flooded with Zombie games, it really stands out, and shines. It easily justified the usefulness of the new Wii U game pad, and yes - it scared the hell out of me too.I have tried to explain the game to curious non-Wii U owning friends, which can be a challenge in it;s own right. It usually goes something like this:


"ZombiU, is a zombie survival challenge game. It's not like other zombie games in a sense or 'guns blazing zombie-slaying hero', at all. You don't run around picking up crates of ammo and items - in fact, anything you find you cherish as a survival too no matter how simple it is, whether its 2 bullets or a can of soda. ZombiU sets you in a world taken over by zombies. Mankind's fate, (as well as yours) seems desolate and hopeless. You are alone. You are outnumbered. You are unprepared. You don't get to try or do anything over. You are screwed.You WILL die in this world, and you will die alone. The only connection to any other form of sentient life a mysterious voice on the radio. SO, you have two options: give up and die, or die a warrior that gave his/her all to the fight on the way down. Fight as long and hard as can, with one goal: SURVIVE. You have a cricket bat, a motion sensor and a backpack - good luck."

ZombiU is exactly my cup of tea and I am enjoying the hell out of it. I love true survivor horror and resource management in my FPS's and this is everything I would have wanted. So glad I have this game.

The best Mario platformer in 21 years?

Ha! You guys crack me up.

None of these comments make sense with Kid Icarus, but I for one totally agree. It's was a great game and only The Last Story beat it out for my GOTY. I've gotten so used to the controls I don't consider them an issue anymore. Great dialoge, awesome levels, multiplayer is tons of fun. Love fusing weapons together. Just so much replayability to it. Still playing it multiple times a week.

I tell ya in Kid Icarus I spent hour and hours crafting the perfect weapons.

Like the phosphora bow that already has the best homing shots of any weapon with passive paralysis, the one I made had even more homing and paralysis. It was almost impossible to evade my shots unless you were already in the evade animation.

Because of that article, I might go on an Uprising bender. Fuuuuu!

One of the last significant titles for the Wii, (Rhythm Heaven) Fever is leagues more spirited and exciting than the fading console on which it was released

What kind of comment is that? Just because the Wii is at the end of its life, doesn't mean that the console was lacking in spirit or excitement. Especially when you compare it to the alternative consoles, which delivered nothing but boring FPS games with ugly colorless graphics and stagnant control schemes.

I think it's a perfectly accurate statement, but I'd argue it also applies to the other two consoles. All three of them have faded over the course of an extra-long console cycle.

This is nothing new for Nintendo fans. We're very familiar with the concept of having little or no releases towards the end of a console's life cycle. I'm sure some might point to other games, but in my opinion the last 2 years of the Wii has given us a total of 4 noteworthy releases.

As good as those games are, 4 releases does not a health release schedule make. During the same period the 360 and PS3 have had much more to offer in terms of quality retail releases (contrary to what some might have you believe not everything released on these consoles are drab First Person Shooters).

It should not be surprising that Nintendo turn off the water for an outgoing console, but it's always disheartening that they seem to do so with so many months still on the calender before the sucessor is even released. I appreciate that there is always going to be certain drop off in support in the lead up to a new console release, but Nintendo's approach seems to be very precipitous indeed.

Or perhaps it just seems more sudden because Nintendo don't seem to be able to garner the same level of third party support that the other console manufacturers have.

Still sad that we never got Pandora's Tower in America :'(

this is no step forward for rpgs, its just another good rpg


I complained incessantly when it was released (I think Uprising boasts one of the worst control schemes on the 3DS). I liked everything about Uprising except for the part where I had to play it. The visuals are incredible, the voice acting is top-notch and level designs are inventive and surprising. Those controls, however, were for me awkward and at times painful. Of course, not everyone takes that view but that was my experience with the game.

I'm still torn between Sticker Star and Uprising as to which was more disappointing.

i feel like some plastic grips or the xl would help