There were other NeoGeo Pocket Color games, right?

Back in its day, the NeoGeo Pocket Color received portable versions of all of SNK’s flagship fighting franchises, including King of Fighters, Samurai Shodown, and The Last Blade. It even got a cute spin-off, Gals Fighter. The first of these portable adaptations, though, was Fatal Fury: First Contact, and it’s the theme of today’s NeoGeo Pocket Color port for Switch. To be clear, it’s very cool that any of these games are getting Switch ports at all—the NGPC is not a system that was widely adopted in any territory, but especially in the West, because it was competing with the Game Boy Color. However, as we’ve already seen a handful of NGPC games on Switch, it has to be said that First Contact doesn’t live up to its predecessors.

I say “predecessors” somewhat ironically, because while First Contact predated its cousins on the NGPC, it was somehow pushed to the back of the line on Switch, and thus many of the fun extras we’ve seen in King of Fighters R-2, The Last Blade: Beyond the Destiny, and SNK Gals Fighter are missing here. Granted, there are a couple of unlockable characters but nothing beyond that. It's single player fights, two-player fights, and options. 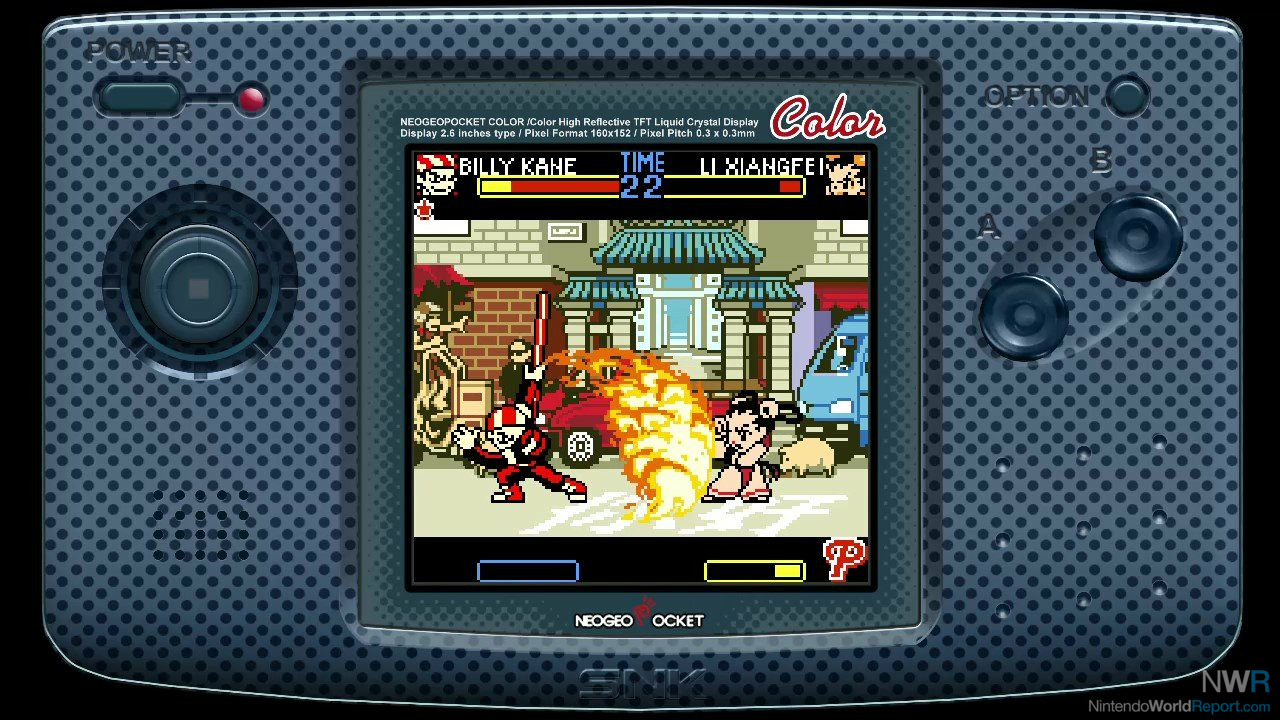 The cast has some new faces compared to Gals Fighter and KOF R-2, though, drawn in the same charming Chibi style that we’ve become accustomed to. I’m again impressed by how well these games control, although I found super moves and “Evasion Attacks” unusually hard to pull off. Evasion Attacks appear to be Fatal Fury’s attempt at a parry, though, and I appreciate the chance to change up the usual fighting gameplay. One major difference from “past” titles is that each single-player run takes much longer, as you fight every other character. I’m oddly impressed by the backgrounds in this game, although they’ve been great in all of these NGPC fighters (especially The Last Blade).

The usual overlay features are still here, as is the single-system two-player mode. There still isn’t an on-screen moves list, although even a passing familiarity with the usual SNK fighter directional combos will serve you well here. Otherwise, there’s a big beautiful scan of the game’s manual for you to consult (just write everything down somewhere). While I remain tickled that these NGPC ports even exist, though, I am beginning to long for different things, especially since these fighters all look more or less like the same game.