If this is “relaxing” I’m not touching Hardcore with a 39.5 foot pole.

When developer Lucid Dream Studios showed off Legends of Ethernal last month, they promised an interesting mix of exploration and combat, along with a touching storyline. After playing the final version (out the day this review goes live), the story does live up to its initial promise but not in the way I expected, while the game itself is more frustrating even on the “enjoy the story” difficulty. 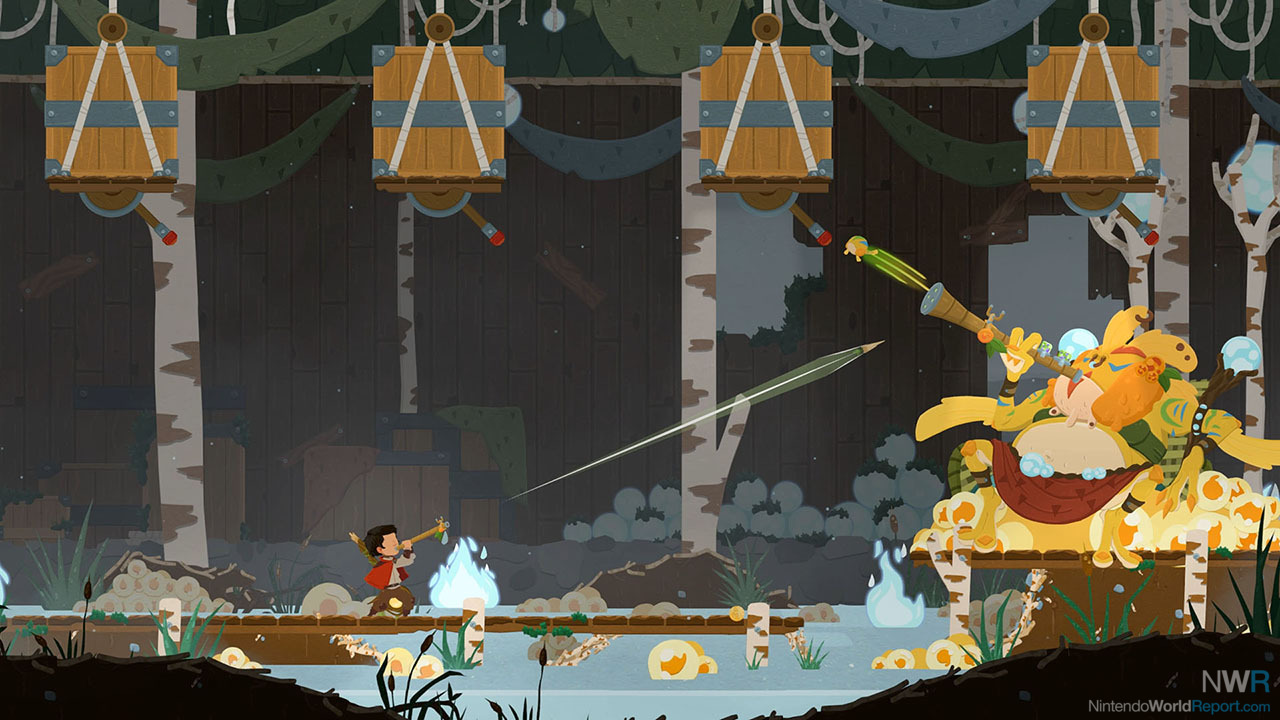 Legends of Ethernal takes place in the land of Arkanys and stars a young boy named Will who returns from a day of fishing to find his home destroyed and his parents kidnapped. Armed only with his fishing rod to start, Will has to traverse multiple dangerous environments (swamps, forests, caves) to find items that will allow him to reach and save his family. He gets help from a spirit named Sao who provides companionship and light, the latter proving more important due to Will’s crippling fear of the dark. There is a lot of combat in Ethernal, and the boss characters encountered along the way do call out Will for killing every last one of the members of their species since they’re afraid of the same “flying gods” who kidnapped Will’s parents. I do love a good “what the hell, hero?” moment in my games, but your mileage may vary on that one.

The core game in Ethernal is an exploration-focused side scroller, with plenty of backtracking and forks that lead to lore scrolls and upgrades. Will has access to four different “ethers” that control his techniques: red focuses on healing, yellow on ranged attacks, green on attack modifiers (such as poison) and blue on powered-up melee attacks. Unlocking a new technique shows how to use it, but see if you can guess how to activate this fire grenades I picked up along the way: 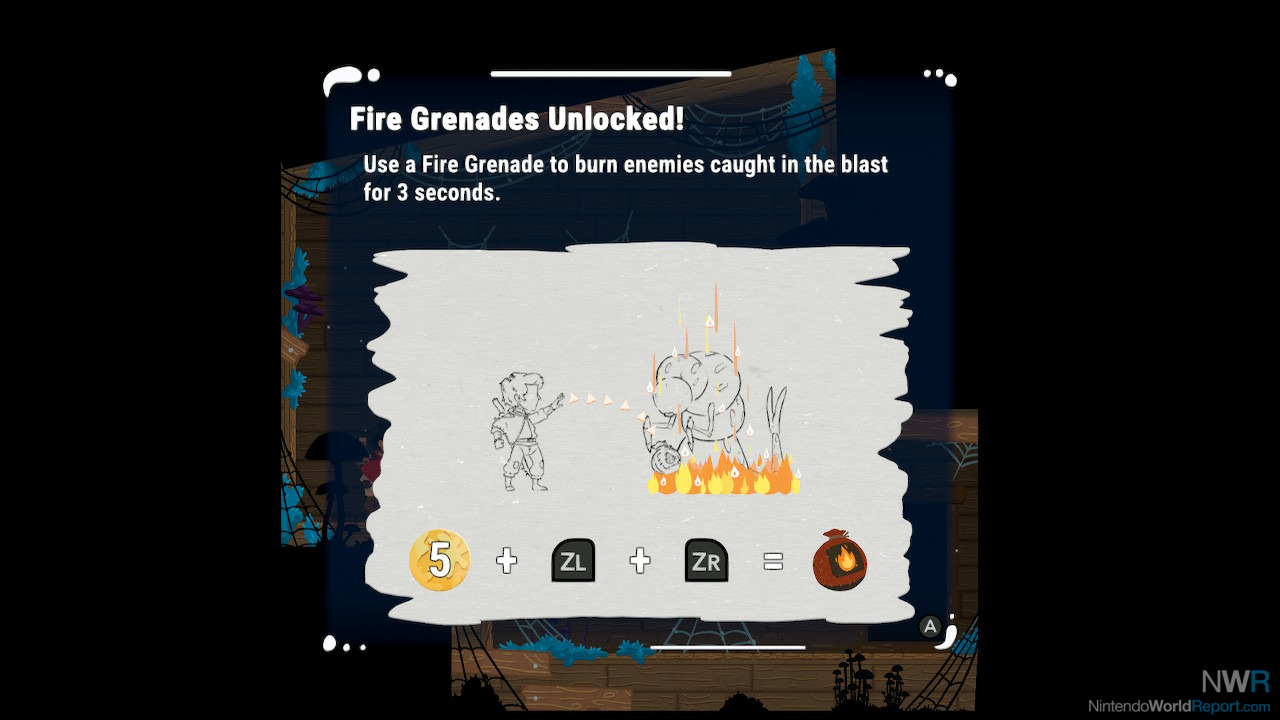 The yellow count is how many ethers I need to fire it, that’s pretty simple. The button combo refers to the art of aiming and firing the blowgun that controls the ranged attacks - but you also have to switch from the straight shot or arcing shot equipped previously. This actually caused me to take a death at one point as I couldn’t honestly remember how to switch ranged attacks. There are controls listed in the menu, but under a time crunch and staring down a wall of spider webbing it felt a lot like I was flailing around ineffectively.

A lot was made in the pre-release about the options for difficulty - in addition to Easy / Normal / Hard, there’s a hardcore mode where death ends the run and a “Relaxed” mode designed to let players enjoy the story. Wanting to see how the former worked, I did a run on Relaxed and still managed to die about thirty times in a two hour session. The early game makes healing nigh-impossible, and even once I unlocked enough ether capacity to hold more than a single healing potion there were plenty of instant deaths from enemies spawning out of nowhere while attempting to jump over pits or navigate vines. Each death is also accompanied by a 10-15 second game over screen, sure to darken the mood of even the most tolerant player. Some of those enemies respawned when I backed up slightly as well, which got old in about March 1989. It left me feeling more frustrated than challenged.

The package that all this challenge is wrapped in is a pretty one, I must admit. Lush 2D environments are filled with beautiful scenery, and the characters stand out and do a great job of expressing emotion when it happens. Will’s fear of the dark also plays out well with random glowy eyes appearing in the shadows; it adds to the tension Will is feeling with only a small spirit of light to guide him. The music is haunting as well with good use of crescendo at dramatic moments.

I really wanted to like Legends of Ethernal, but it nearly ended up being the most frustrating 2D game I played this week. It’s a very modern experience in a lot of ways, but it also drug up some very unpleasant memories of NES games that were designed to not be beaten in a rental period.