How does a hack and slash platformer spring from the Tiny Toons NES game?

With PAX shifting to an online model this year, we had a few more opportunities to view some of the games I was looking forward to playing at the show that wasn’t. One I was curious about was Legends of Ethernal, the second game to come from Natsume’s indie publishing program. After seeing a demo of the hack-and-slash platformer, I’m a little more intrigued by not only the game but also its influences. 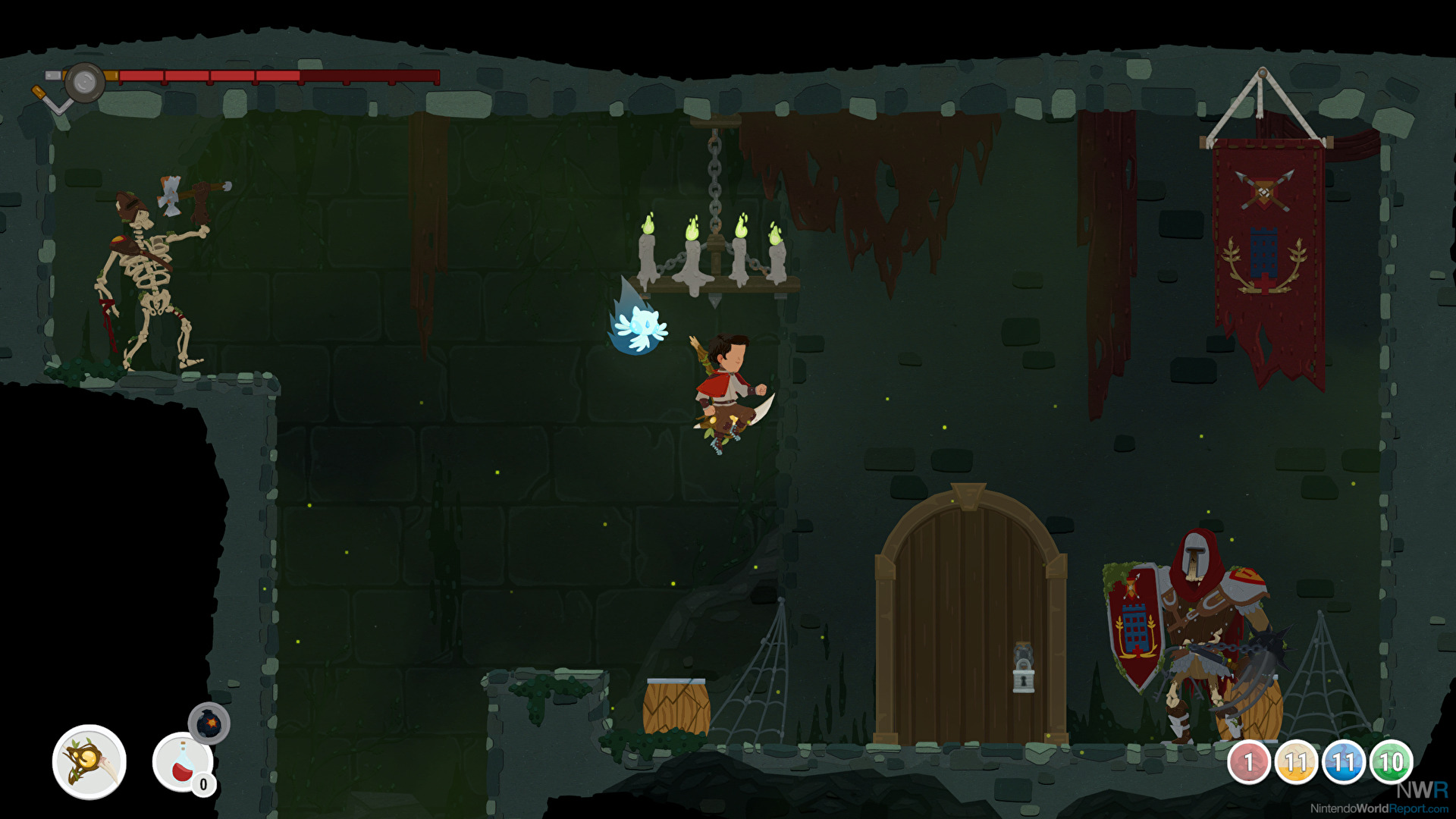 Legends of Ethernal stars a young boy named Wilfred, who is originally from a small town and is only armed with a fishing rod as he starts out to save his parents. In the style of the Legend of Zelda games, he has a chatty fairy companion named Sao, though Wilfred is able to actually hold a conversation with Sao, so he’s not a silent protagonist. Our preview took place in a watchtower that featured Wilfred slashing his way through multiple enemies and dipping into secret passages to find keys and other treasures. Although the developer didn’t use them, there are checkpoints represented by fire in case the somewhat long life meter does get drained. Wilfred also has multiple abilities tied to four colors of ether (red, yellow, green, blue)—the yellow ether is used to fire explosives, while the red powers up sword slashes (I didn’t really see the blue or green being used).

The development background of Legends of Ethernal really piqued my interest in hearing from the developers. The core team of Lucid Dreams Studio is three people—two former veterans of the Montreal AAA dev scene (the CEO worked at Eidos Montreal for most of the last decade, while the tech director is late of the Far Cry series at Ubi) and their art director joined straight out of university. CEO Maxine Grégoire, in speaking of the game’s difficulty options (five overall) cited Ori and the Blind Forest’s hardcore mode as the impetus for that option, while citing the difficulty of the 1991 NES Tiny Toons game as the reason for the “Relaxation” mode. The hardcore mode will feature permadeath for the character, while the Relaxation mode will give additional platforms for jumping (think Mega Man 10’s easy mode).

Seeing the game in an online chat window really didn’t represent how the game looked—the video we saw was compressed pretty badly by the chat client. The final game is targeting 60 frames per second even on Switch, so it should run far smoother when it comes out in October.