Although competent, there isn’t enough Rolling Rock in Pennsylvania to make this game easy.

I will cop to watching way too many hours of the Angry Video Game Nerd series in the early part of the last decade, and it’s still something I might throw a quote out for depending on the company I’m with. (Usually the one that ends with “...and I don’t like it”.) I did pick up the original Angry Video Game Nerd game on the 3DS a few years ago but never got around to trying the sequel - and now that I’ve tried it on Switch, it’s actually expanded my vocabulary. Mostly in the swearing department. 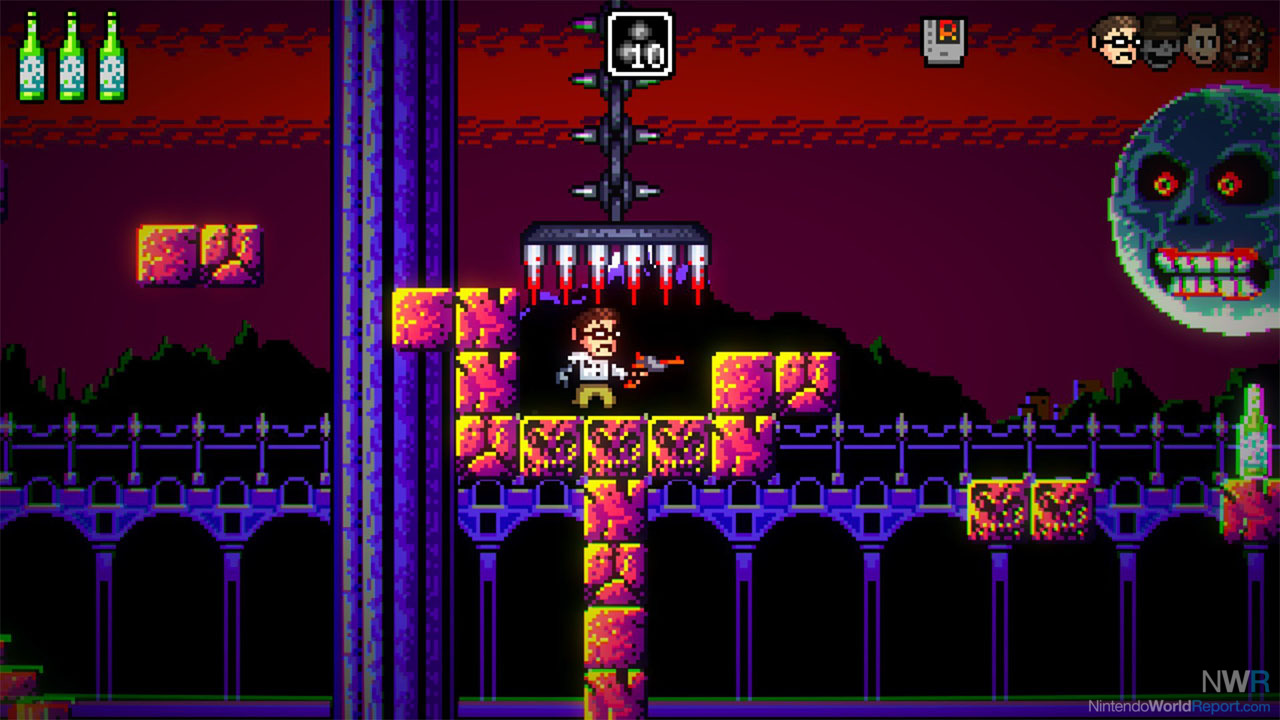 Speaking of games that should get an AVGN episode...

The plots of the two contingent games are quite similar to each other: the first game sees the Nerd and his friends get sucked into a terrible video game, while the second one sees an alien force turn everything on the planet to a bad game - except for the titular Nerd. Our bespectacled “hero” has to move through different levels that are tributes to NES games. The first game uses a structure similar to a Mega Man game - pick one of eight levels, unlock the duel with the evil doctor game developer - with more of an open level structure. II switches to a Mario 3 overworld map setup for its roughly twenty stages, with the levels themselves being shorter and with less sidetracking. The first game offers three additional characters to play from, while II switches to permanent power-ups to accomplish the same goals. Each stage in both games also has NES carts that spell “NERD” in them, with a reward for finding all of them throughout the game; like the KONG letters in Donkey Kong Country, some of them can be a bear to find.

If you know anything about the Nerd, you can probably guess what content rating this game got. And it revels in those content ratings with plenty of alcohol references (the health powerups are either bottles or kegs of beer), swearing, and scatalogical humour. The Nerd and other characters work in profanity the way artists might work in oil or watercolor, and there are multiple enemies in the first game that are basically piles of fecal matter (in various sizes). If you’re wondering about if they live up to James Rolfe’s early rendition of the character, it’s all there for you.

What is unfortunately present is a lot of personal profanity from the player. The original Nerd offered difficulty options from easy to “one hit is game over”, but it’s still going to have a lot of cheap deaths. The haunted house stage in the first game has about a body width on each side of the Nerd lit up: the sprite’s big, but not that big. The second game has a series of levels that starts out with gravity changing based on hitting switches, but then moves to a stage called “WhyWhyWhyWhyWhyWhy” which changes gravity on each jump. And there is a series of disappearing spikes in this stage, including two sets that are multiple screens high which will kill you from full health if you try to go for the NERD letter. There are checkpoints (the famous NES Toaster) throughout the levels in II and lower difficulty levels of the original, but it’s possible to choose a difficulty where they don’t appear there and I cannot for the life of me figure out why anyone short of a speedrunner would try it. It’s almost Meat Boy-esque in its cruelty sometimes, and after a while I was swearing more than the Nerd would. At least the controls - B jumps, Y shoots, X uses the stored item - are simple. 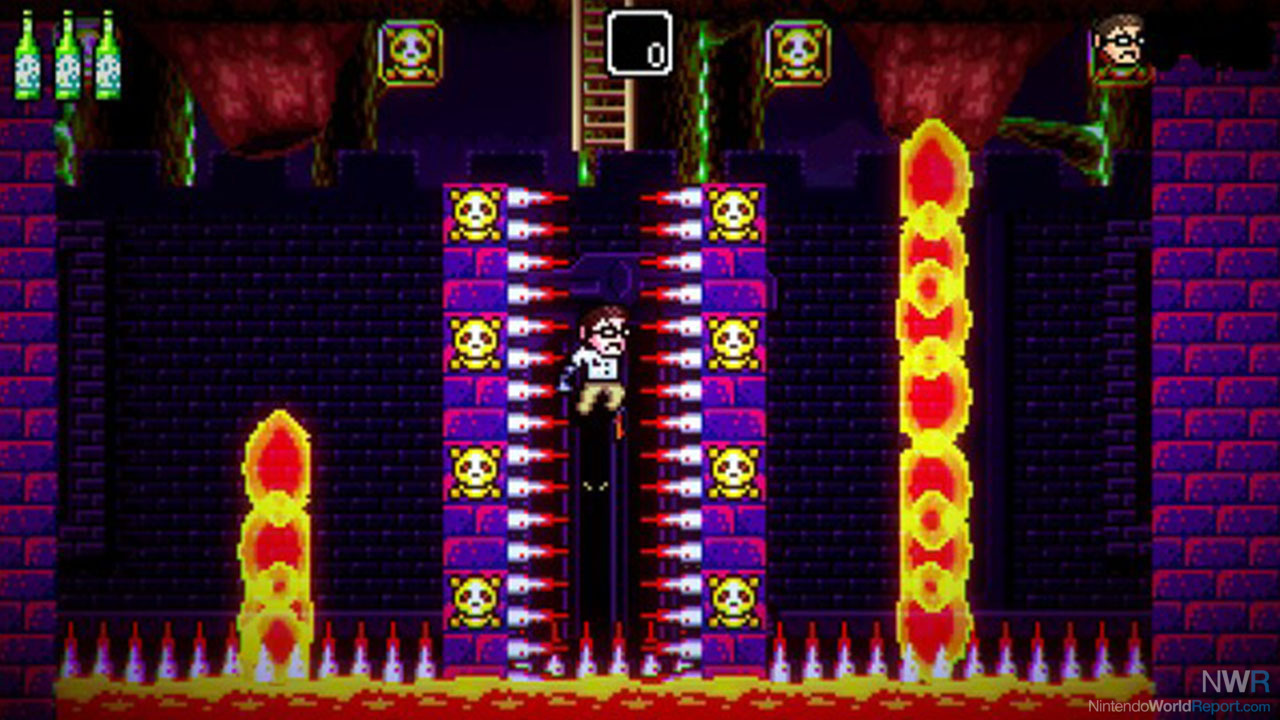 Screenshots you can hear: mostly the Nerd dropping an f-bomb.

It’s inevitable that across two games they’ll share some music, but I found myself getting a little sick of the series theme song by the end of the first game even with its remixes. The second changes up the music a little, which was appreciated. The characters stand out well, and the faux-8 bit art style works well in the HD of the Switch. A word of warning about II however, as each level ends with the Nerd jumping on a switch like in Sonic the Hedgehog 2, but instead of releasing people it activates explosions all over the screen (the storyline excuse being that the Nerd “destroyed” the level). It could cause issues with people sensitive to those kinds of effects.

The developers FreakZone Games have created a pair of competent games that play to their source material well. If you’re into platforming that’s as hard as diamonds and still enjoy the series’s brand of humour, you might want to take these games for a spin. But for me, who hasn’t watched a Nerd video in years and had his fill of NES hard when the NES was the system of record, I’m out.

I caught the A Christmas Story ref. Good, good.

Huh. I never knew there was a 2nd game. Was wondering if these would ever get ported to modern consoles. Nice.