This game sure does “goose” places. 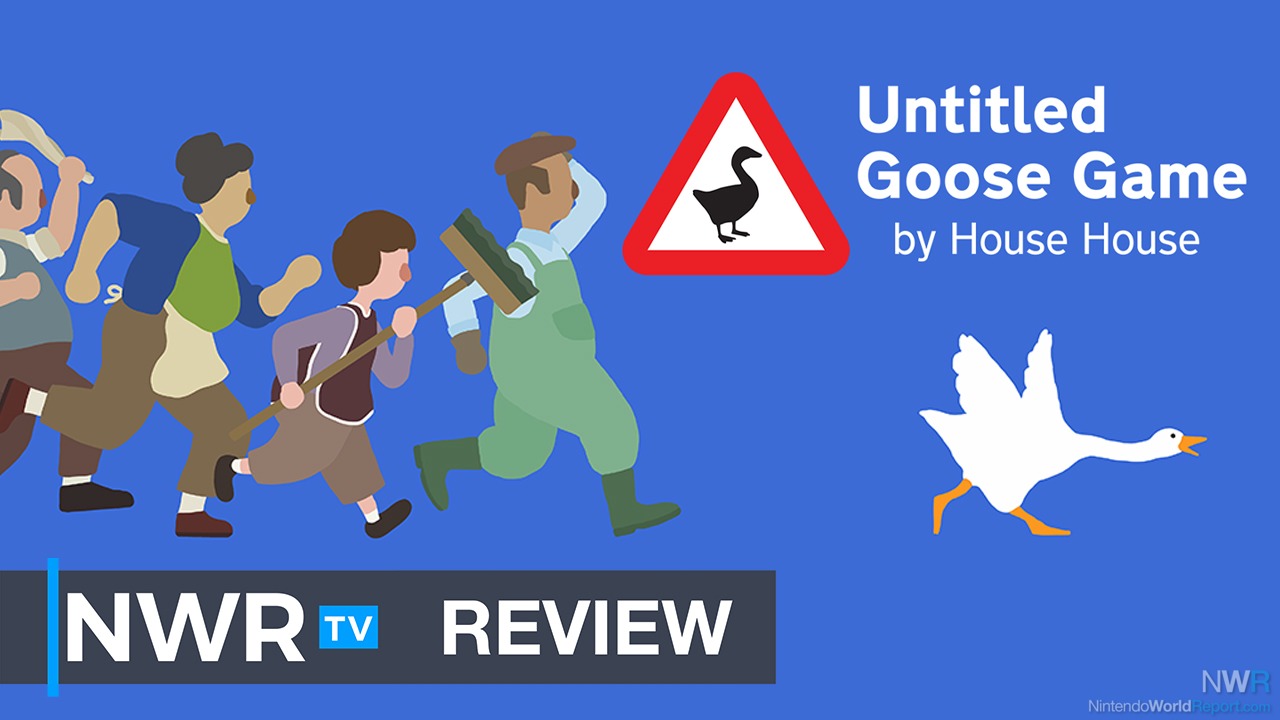 Untitled Goose Game is a game where you control a goose and try your very best to ruin someone’s day. It was so successful at accomplishing this that I found myself quacking up at the end. This experience allowed me to discover that being a goose that pesters people is very fun, when all goes according to plan. There are some witty animations, silly humor, and good sound design that certainly fit the bill.

The gameplay here is to explore a large neighborhood that is gated off in a linear structure. A “to-do” list is presented in each area of the neighborhood that outlines tasks for you, the titular goose in question, to complete. Most of these tasks involve doing something that can cause a human living in the neighborhood, some comical suffering (hitting a thumb with a hammer, breaking an expensive vase, etc.) It’s all light-hearted and silly. As a goose, you are equipped with an array of abilities, such as the honking mechanic, which allows you to emit a loud audio-based wave that can distract or get the attention of humans. I’m kidding. You’re a goose that can honk, flap its wings, bow it’s head, or waddle fast. 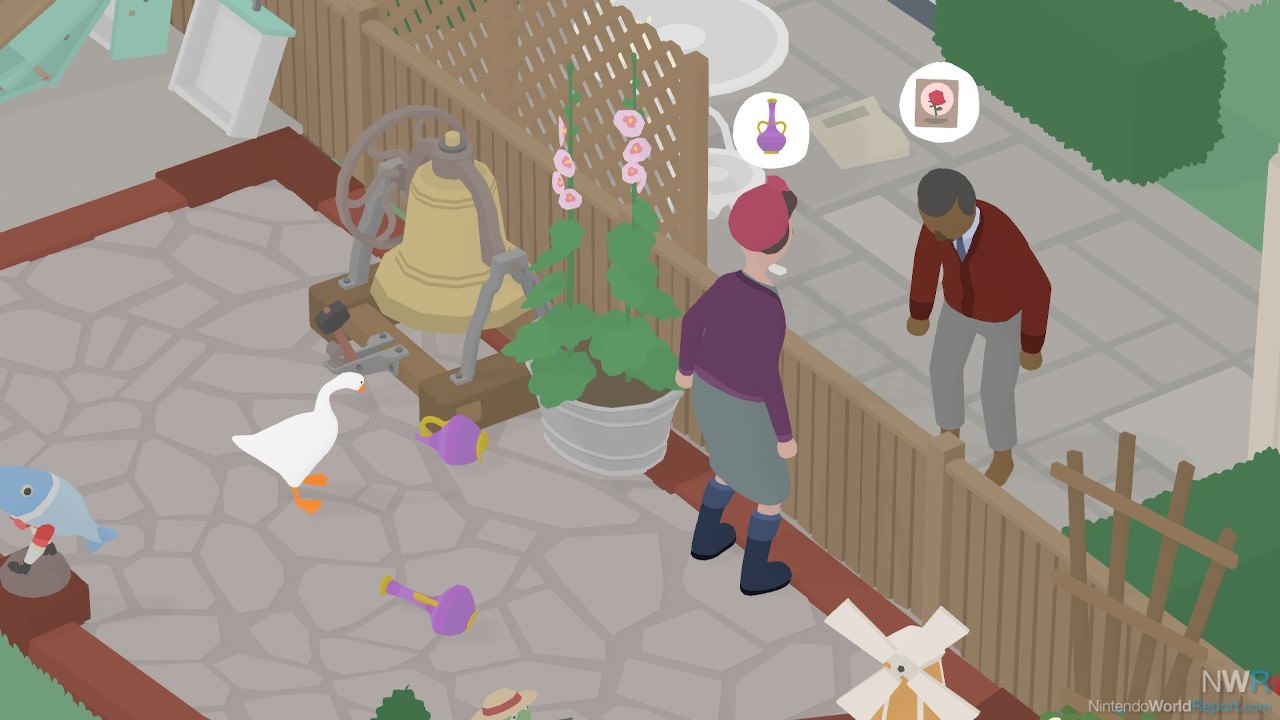 The majority of gameplay is using your beak to grab small objects or drag large objects across the environment, usually out of reach of the humans. The reason behind doing these tasks is to experiment with different objects and how humans will respond to missing them, or in some cases, you using them. To keep track of your tasks, you use a “to-do” list, which will tell you what your next mission should be. Some of these tasks lean in a puzzle direction when the to-do list is a prompt that asks you to do something. This can look something like, “break the dartboard”, or “wash the laundry”. How do you do it? That is for you to figure out, but the majority are not very hard. I completed all but 2 out of the 50 or so tasks on my initial playthrough, ignoring the bonus tasks. Other tasks are telegraphed as an instruction with a checklist of items to compile together. This isn’t much of a puzzle, and more of a fetch quest. There aren’t that many and never felt overused because the challenge is retrieving said item while avoiding human interaction. It’s like real life! 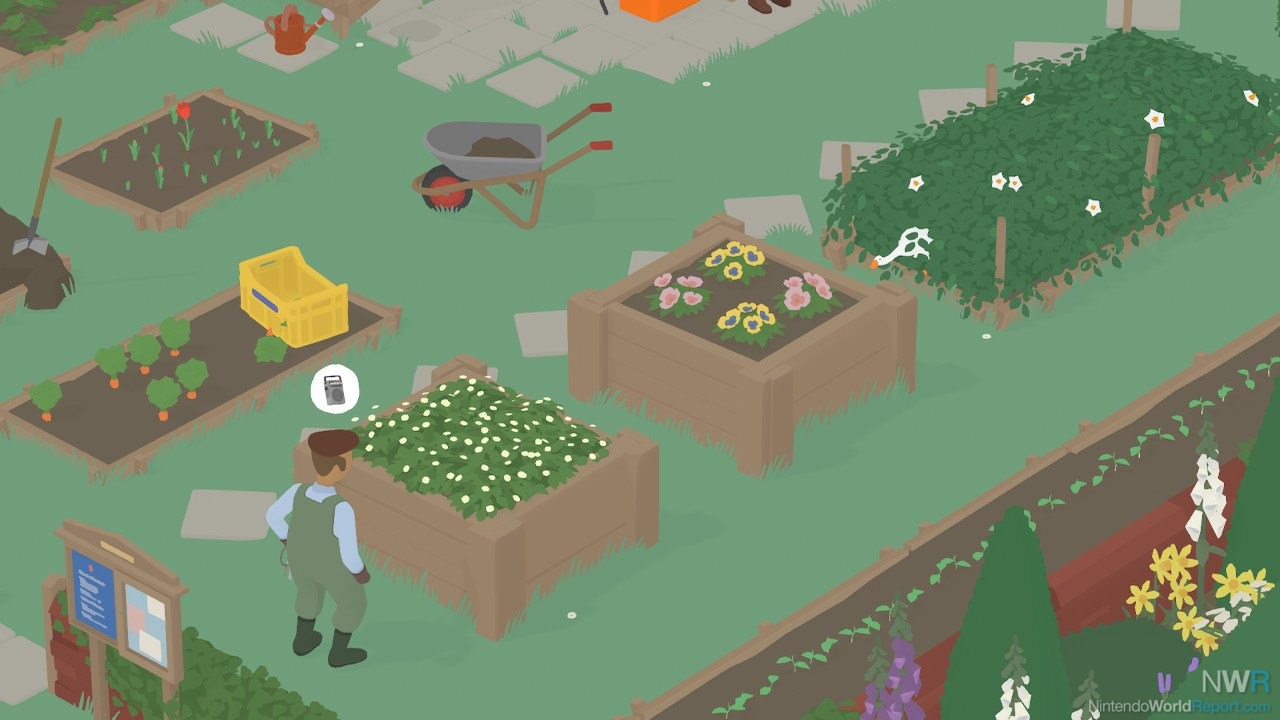 The big issue I have with Untitled Goose Game is the wonky-honky camera. You don’t have very much control over it, with just the ability to zoom in and out on the goose. The camera will lean in the direction of the human in your vicinity, that way you can keep an eye on them. But when there are several humans nearby, all in different parts of the environment, the camera will get temperamental and start flipping between humans in a disorienting fashion. This makes it difficult to keep track of the humans you are focusing on, the items you are interacting with, and maintaining control of the goose. It certainly was not a game breaker but certainly was a frustration to put up with. I found it easiest to keep the camera zoomed out when playing, minimizing this tug-o-war camera issue, but this came at the cost of constantly having to hold down the zoom out button, which was far from ideal. The only other issue I came across was that occasionally the humans would be unpredictably odd in their AI. They would often juggle between “repairing” the messes I would create and resuming their duties in ways that I found hard to foresee. For example, I put a human’s newspaper in the pond so he would be distracted by it, but instead he wanted to go somewhere else to pick up a mug and drink some coffee. The idea here is to use the objects in the world to your advantage, but the unpredictability made it hard at times to plan things out. 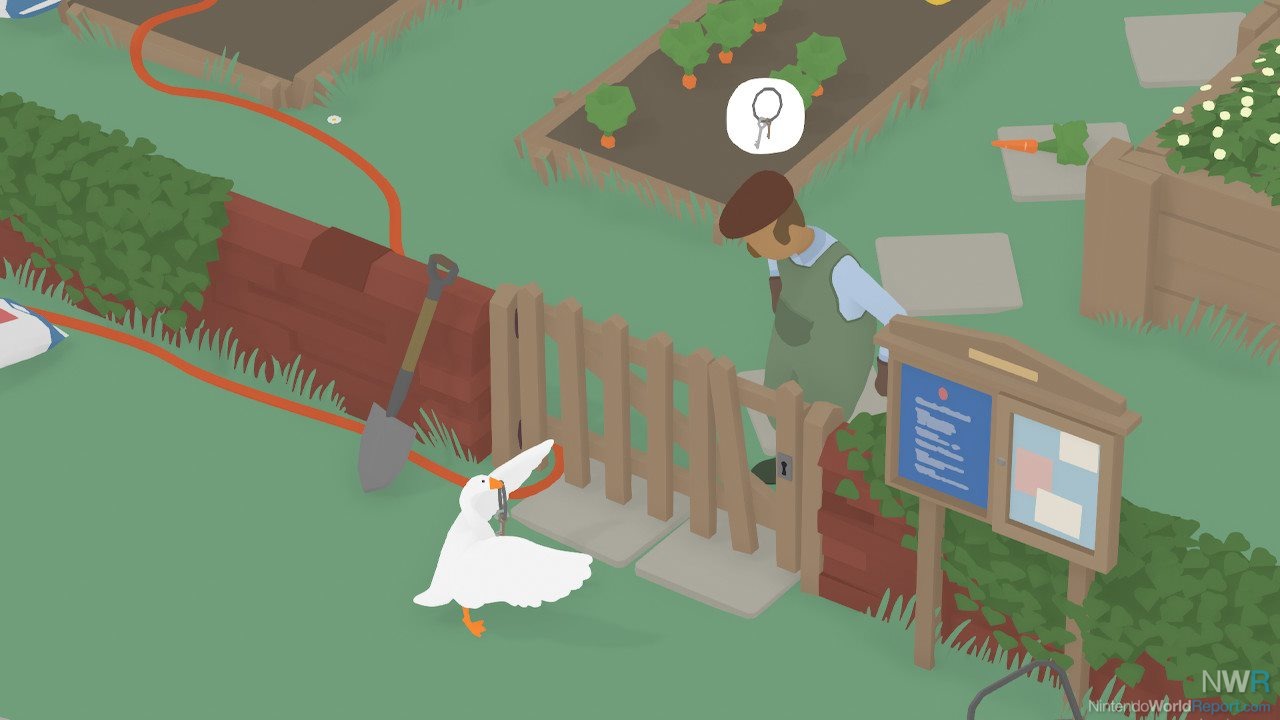 The novelty of being a goose is cute, and it wore off when it should of. Both the artwork and music are lovely. The art style is heavily minimal, with some very nice and expressive animations. For me, these felt like the reward for completing a task or solving how to get a task complete. The music dances between park noises and a frantic piano, which starts when being chased by a human, complementing the silly premise of the experience. The goose controls fine too, with some of the puzzles being built around the speed of the goose. You can waddle quickly, making turning difficult, or go slower but have much more range in your turn. I was fine with the overall time it took to complete Untitled Goose Game. It is a short and sweet romp through what might as well be Mister Rogers’ Neighborhood, with the fun flair of causing chaos wherever you go. I appreciate that there are bonus tasks to accomplish, and replaying is encouraged due to some bonus tasks being time sensitive, meaning not everything may be completed on an initial run. All in all, Untitled Goose Game is a cute, short experience that is hurdled with some camera issues, but makes up for in it’s charm.