Also sales numbers and a Plague Knight update. For shovelry!

Beloved indie game Shovel Knight is getting a physical release.

Although originally a 3DS version was the only one rumored, Yacht Club Games will be self-publishing the game on both Wii U and 3DS October 13, at a MSRP of $20. The physical will have a full color instruction manual similar to the ones given to Kickstarter backers.

Come on and ride the... tower?

Set for the usual update time (10 p.m. ET/7 p.m. PT), Tower Control will have your squidkids battling for control of an object in the middle of the map. Once a team takes control of the tower, it will move... Read more...

If you have coins left, get them spent now.

A reminder to those who still have Club Nintendo coins remaining: All purchases must be made by midnight Pacific time tomorrow night.

At this time, the remaining rewards on the Club Nintendo page are all game rewards, as the physical prizes have all shipped and are no longer listed. Codes purchased on the site must be redeemed by July 31 or they are lost forever, and all accounts will be closed going into July 1.

As the Wii U game enters lotcheck, some good news for those who bought in on 3DS.

In separate Twitter posts, Watsham confirmed that the recently revealed Wii U version of Xeodrifter has entered Nintendo lotcheck. He would later confirm to Nintendo World Report's Zach Miller that current owners of the 3DS version would get the Wii U version free, as it would be joining the Nintendo crossbuy program.

The Pokémon Company brings their free-to-start puzzler to mobile

The Pokémon Company's latest app for mobile has been announced, and it's a port of an existing 3DS title.

Pokémon Shuffle will come to iOS and Android later this year according to a trailer posted below, with Japan getting first access this summer. The game appears to be identical to the existing 3DS title, with the Pokémon at the top of the phone screen and the playfield on the bottom half.

With all the E3 goings on we decided to consolidate our podcast offerings into this article. Latest Podcast: 6/28 11:00 PM Pacific

E3 spreads our resources a little thin, so for the time being we've decided to list our podcasts in a single place. Every podcast, from home and show teams, will be listed here. Of course you can subscribe to our AAC feeds or MP3 feeds and have them delivered to you via the magic RSS.

A million sales means the game definitely has to stay fresh.

Nintendo has released comprehensive patch notes for a full update to Splatoon that will be pushed live Tuesday.

The update, which will be required for online play, makes some changes to Splatfest rules in anticipation of the July 4 event. Members of the same team can battle each other if a match... Read more...

The 3DS hits cross over to the living room. 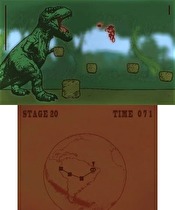 Two of the 3DS eShop's biggest hits are about to go to the big screen.

Developer Bertil Hörberg Tweeted the announcement, which may lead to a release very soon:

Btw, Gunman Clive 1&2 is coming to WiiU. I'm hoping to send the US version to lotcheck next week so I guess it might be time to announce it

Vanpool Teaming Up With Skip for Chibi-Robo: Zip Lash 3DS

by Jonathan Metts and Neal Ronaghan - 11:56 am PDT
Total comments: 3

Also, find out how the Dillon's Rolling Western devs wound up helping out with Paper Mario: Sticker Star.

Vanpool, best known for developing the Tingle DS games and Dillon's Rolling Western, is working with Skip on Chibi-Robo: Zip Lash according to the game's producer Kensuke Tanabe.

It's the first time Vanpool is working on the series, which has in the past been made solely by Skip. Vanpool has been... Read more...

If you use the Carbon Roller enough, does it turn into diamonds?

For short range combat specialists, the quick Carbon Roller will be available. Its high speed is to be balanced by a light ink toss, but it should get around the map quickly. The subweapon is the Burst Bomb, and the special is the Inkzooka.

The Tomonobu Itagaki-led Wii U game has a release date in every other region except for America.

As of E3 2015, Nintendo of America had nothing to report regarding the release of Devil's Third on Wii U in North America.

"I don't have anything for you on Devil's Third. Sorry," said Charlie Scibetta, Nintendo of America's Senior Director of Corporate Communications during an E3 2015 interview when we asked about the status of the game that Nintendo rescued from the ruins of THQ last year.

It's hard to tell if they're encouraging Casual mode or not.

The Japanese release of Fire Emblem Fates has prompted the release of the newest Iwata Asks interview with the development team.

Among the things discussed in the interview are how the story was designed by famous Japanese writer Shin Kibayashi, who wrote 500 pages for just the Birthright version's text, and also helped create the 3rd storyline: 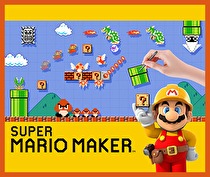 Those without internet connections will still have plenty of fun with Super Mario Maker, according to a listing on Nintendo's UK website.

The website has a quote stating that the game will ship with "100 courses included that you can play without an internet connection". The Best Buy and E3 demos... Read more...

Spoilers: Team Cat carried to the win thanks to Louie.

After some... ahem, tentacle difficulties... with matchmaking were resolved, the war of cats v dogs will blow up on July 4.

The first Splatfest event, originally scheduled for June 20 before some matchmaking issues necessitated a last-minute delay, will go down on Independence Day from 12 a.m. PT/3 a.m. ET and last until 12 a.m. PT / 3 a.m. ET on July 5.

The GG Series: The Temptation 2007 of the Nintendo download posts.

I'm an old game show fan, and one of the most memorable moments in game show history came on the first playing of The Price is Right's most immortal game, Plinko. During the explanation of how the game got its name, Bob Barker infamously said "Some of our people drink."

I relate this anecdote because it's the only reason why there are NINE DSiWare releases today in the GG Series (because who else).

How Utz Potato Chips and Pocky Wound Up in Chibi-Robo: Zip Lash 3DS

by Jonathan Metts and Neal Ronaghan - 7:18 am PDT
Total comments: 1

And also how one brave Nintendo producer traveled around Japan to meet with snack food companies.

The world of Chibi-Robo: Zip Lash is populated by all sorts of snacks, ranging from pocky to Utz potato chips. Just how exactly did branded snack foods wind up in Chibi-Robo's world?

"We were trying to think of ways to express [how tiny Chibi-Robo is] to give you a point of reference to show you... Read more...

Splatoon: Over A Million Splatted WiiU

The Wii U shooter hits a major milestone in its opening month.

Splatoon has cleared a million units sold worldwide in its opening month.

Nintendo of Japan tweeted out the announcement last night, thanking the players for their support of the game. A follow-up press release from Nintendo of America broke the sales down as follows:

A choice that may make your version selection easier or harder.

Fire Emblem Fates will feature the option for same-sex marriages.

Following the discovery of an "A+" social rank in the game's Japanese release, Nintendo issued a statement to Polygon confirming the option: "We can confirm that Fire Emblem Fates for Nintendo 3DS, which launches in Japan on June... Read more...

In the name of the moon, I will splat you!

Another new weapon hits Splatoon this evening at 10 p.m. ET / 7 p.m. PT, as the Luna Blaster will become available.

According to the experts at the the Squid Research Lab, the Luna Blaster is a rapid-fire weapon with explosive impact, but is more of a short range weapon. Ink Mines will be the sub-weapon, while the special move is the longer-range Inkzooka.

by Jonathan Metts and Neal Ronaghan - 9:39 am PDT
Total comments: 3

Nintendo's Kensuke Tanabe ponders the idea of Olimar and Chibi-Robo meeting up.

In Pikmin and Chibi-Robo, Nintendo has two franchises where dimunitive heroes get by in a large world peppered with real-life objects. Maybe the two universes could collide someday?

"That's an interesting idea, and something I could speak to Mr Miyamoto about a collaboration," Nintendo Producer Kensuke Tanabe told us when we asked if Olimar and the Pikmin could ever run into Chibi-Robo.