Do you want to play as Plague Knight? Well, either way you can get it for free if you bought Shovel Knight.

In today's round-up, we've got some news about plaguing knights, Wii U system bundles we'll never see, a faceless system update, and something that might help Wii U.

New Content, Plush Toy On the Way for Shovel Knight

The first piece of free content for Yacht Club Games' 2014 hit Shovel Knight is nearly complete, according to the developer. Called Plague of Shadows, it lets players play as boss Plague Knight in his own quest to make the Ultimate Potion. Of course, he has to do that by defeating all of the Order of No Quarter in a similar fashion to how Shovel Knight dispatched them in the main game. Plague Knight's campaign will consist of a new play style, new story, new bosses, and more. No release date was set for Plague of Shadows other than "soon."

Also, a Shovel Knight plush is now available for pre-order at WeLoveFine. This adorable toy features Shovel Knight and a magnetic shovel that can attach to his back or his hands. Yacht Club will be bringing both a demo for Plague Knight's quest and the plush to PAX East this weekend.

Our Take: "I can't wait for more Shovel Knight! When I'm at PAX East, I will likely camp out in front of Yacht Club Games' booth to get the plush." - Neal Ronaghan 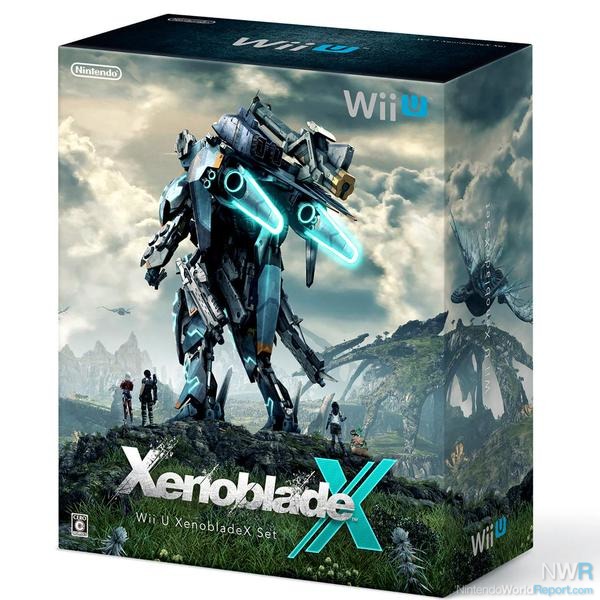 Nintendo has pulled back the curtain on the packaging of its Xenoblade Chronicles X console bundle, which will be coming to Japan when Monolith Soft's epic role-playing game launches in April.

Much like the game's cover art, the box art of the Wii U console bundle features one of the game's giant mechs (aka "Dolls") hulking above the cast of characters, who are minuscule in comparison.

The bundle includes a copy of the game, a Wii U deluxe console, a map, and an art book.

Our Take: "Nothing gets me more hyped for a game than some gorgeous artwork! Seriously, those of us in North America and Europe better get a console bundle like this later this year. If that's asking too much, it would be nice if we could at least get a similar cover for the retail version of the game and not just some cheesy close-up of one of the character's faces." - Alex Osborn

And here's some other news from the day:

And, the Xbox One gets Shovel Knight with Battletoads, once again making Nintendo supporters look and feel like total suckers.  😠

I think Nintendo supporters who got to enjoy the game way early compared to the other platforms aren't suckers at all.

I'll defer to the ToastyFrog on this one:
Oh sweet, the Battletoads will finally be in a good game

A year from now, I will know I enjoyed Shovel Knight when it released. That's all that matters and all that should matters. Anything else, and you're just looking for something to complain about.

10 years from now, I'll be downloading Shovel Knight Trilogy GOTY edition with added VR support and be laughing at all you 2015 suckers!