Nintendo Network and Nintendo Wi-Fi Connection Are the Same Service

The rumored new service is the established Wi-Fi Connection. 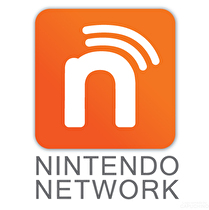 Nintendo Network and Nintendo Wi-Fi Connection are one of the same, a customer representative at Nintendo of Europe confirmed.

Thank you for your email.

Nintendo WFC (Wi-Fi Connection) and Nintendo Network are one and the same. This is not to be confused with any other network or connection as our servers are integrated to one another.

We hope this information helps you out.

Since its discovery, it was believed that the Nintendo Network was a new service for the 3DS and Wii U. Whether the renamed service will retain the same features seen on the Wii and DS or will be further upgraded, however, remains to be confirmed.

This really shouldn't be a surprise to anyone. Even a "new service" would be an extension of the old one since they do the same thing. I expect more improvements, slowly but surely. Nintendo is starting to "get it" even if they won't budge on certain things.


Don't know what the big deal was with this anyway. It's a name change.

People were probably hoping that this rebranding was indicative of a larger change - perhaps that meaningful new online services and/or standards were being implemented by Nintendo, and that developers would have access to more robust support for network coding.


Don't really see that happening myself, but I would be delighted if proven wrong.

I figured as much, though I'm not sure why they decided to rename it.

I bet Nintendo Network will run faster due to its blast processing, hemi engine and HD sunglasses.