The Wii and Beyond

We finish up our celebration of our most important games for each console by tackling the Wii generation.

Wii was an odd period for me, in that I actually played some JRPGs, which is not a genre I traditionally enjoy. But, I wound up falling in love with both Xenoblade Chronicles and The Last Story. The former of these would lead to a continual obsession. Both of these games challenged their genre’s norms and forged thrilling new experiences. I’m a sucker for dumb motion control gimicks and boy did Metroid Prime 3 have some of those. On top of some of the best FPS controls on Wii, it also had moments of interacting with random objects in the world using motion. Not to mention it was also a great game. We didn’t get a Star Fox game on Wii but Sin and Punishment Star Successor managed to fill the void for me. To this day I have no idea what the plot is and the character design is terrible, but it's very fun. 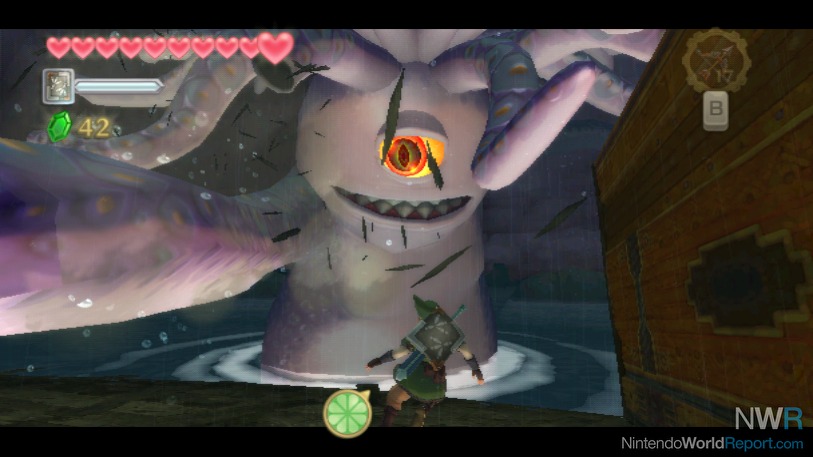 Three of these probably make sense. While I toyed with putting Wii Sports Resort, the fact is even if Resort is better, the original Wii Sports is basically perfect. I played so much bowling and tennis in those first few years of Wii I likely developed some kind of sports injury. Weirdly also on the motion control mindset, I have to include Skyward Sword because, even if maybe some of the criticism is very valid, I still devoutly believe that Skyward Sword is THE GAME that lived up to the promise of Wii motion controls. I think the reality is that a lot of people didn’t actually want the promise of Wii motion controls. Similar to the promise of things people don’t want anymore, Skylanders is the best toys-to-life game ever made. While later Skylanders games are far and away better than the original, nothing will replicate the feeling of realizing how perfectly Toys for Bob nailed the look and feel of everything in this world. Character designs were fun, the portal was fun, leveling characters up was fun. Skylanders was just plain fun.

Lastly, here’s a brief snapshot of my life in 2007 related to Super Mario Galaxy. I was a few months away from joining Nintendo World Report, sitting in my college dorm in New Jersey. A launch event for Super Mario Galaxy was happening in New York City where you could buy the game early. I think it was a busy time of the school year or something, but I cracked and decided I was going to go into the city to the launch event. I got there (with Lauren, my then-girlfriend/now-wife, and Billy, the writer of our Railway Empire review) and waited in line to get the game, only to have to sprint back to get the last train back to school at like 1 a.m. Anyway, I then blew off classes all week and just played Super Mario Galaxy to completion in like four days or something ridiculous. I overall did totally fine in college and Galaxy still rules. 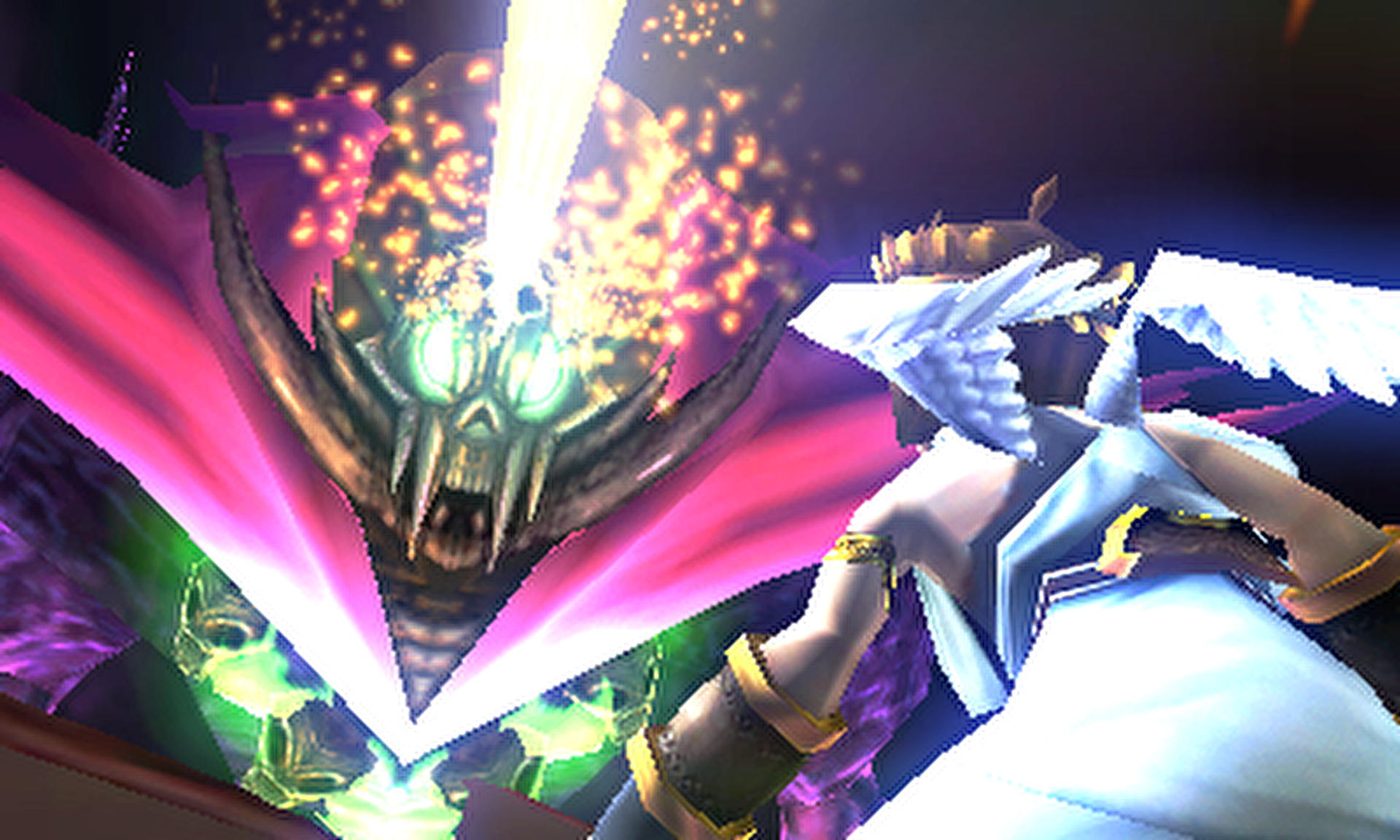 Kid Icarus Uprising - in addition to being a damn funny game - was the original game that really hyped the 3DS and served as an argument for why the system really should have been designed with dual analog movement in mind (a problem only slightly resolved by the New 3DS). Mario Kart 7 is an obvious pick - to this day, it’s still the best selling game on the system, and had a vibrant multiplayer community both online and locally for years to come. You could still get a game of MK7 going even well after the launch of the Switch. The two RPG picks are probably controversial, but the Etrian Odyssey series is one that is best experienced with two screens and though it began on the DS, really took off with Etrian IV: Nexus is included since it’s the summation of the entire series. Fire Emblem is slightly less controversial, as it kicked off the system’s best year (2013) and managed to save its franchise/keep Intelligent Systems from being stuck churning out Paper Marios until the heat death of the universe. 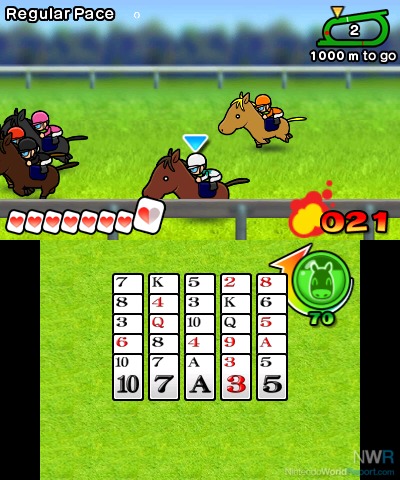 Like the DS, I could just put Picross 3D Round 2 as all four entries, but for the purposes of this, I’ll go with games that I wasn’t predisposed to loving before the 3DS came out. First off, Kid Icarus: Uprising. Listen - I get it. The controls are weird. The system is hard to hold. The game came with a stand. I still put like 50+ hours into this game despite it ultimately requiring me to fake being right-handed and break my hands to play it. It’s a crime there isn’t a version of this game on another platform. It’s ambitious, hilarious, and incredibly replayable. The multiplayer is shockingly amazing. I love it. Next up is Etrian Odyssey 2 Untold, which really, I could put any 3DS Etrian Odyssey in this slot. I only fell in love with this series on 3DS and the one I enjoyed the most was the remake of the second game in the series. I love the accessibility options added to the series on 3DS and could get lost in these worlds, creating weird characters and mapping out vibrant dungeons. I spend most days considering starting a replay of an Etrian Odyssey game.

Fantasy Life feels like it has been lost to time, but that’s another one I think about replaying often. What rules so hard about Fantasy Life is it is this huge ambitious Level 5 RPG where you be anything from a warrior to a cook, and everything in the story is very much not murderous. Nearly every boss battle is just like “homeboy got poisoned so he’s angry; slap him around a bit and then he’ll just be like oops my bad.” I love that. Finally, Pocket Card Jockey is a solitaire horse racing that has one of the best gameplay loops I’ve ever seen in a video game. 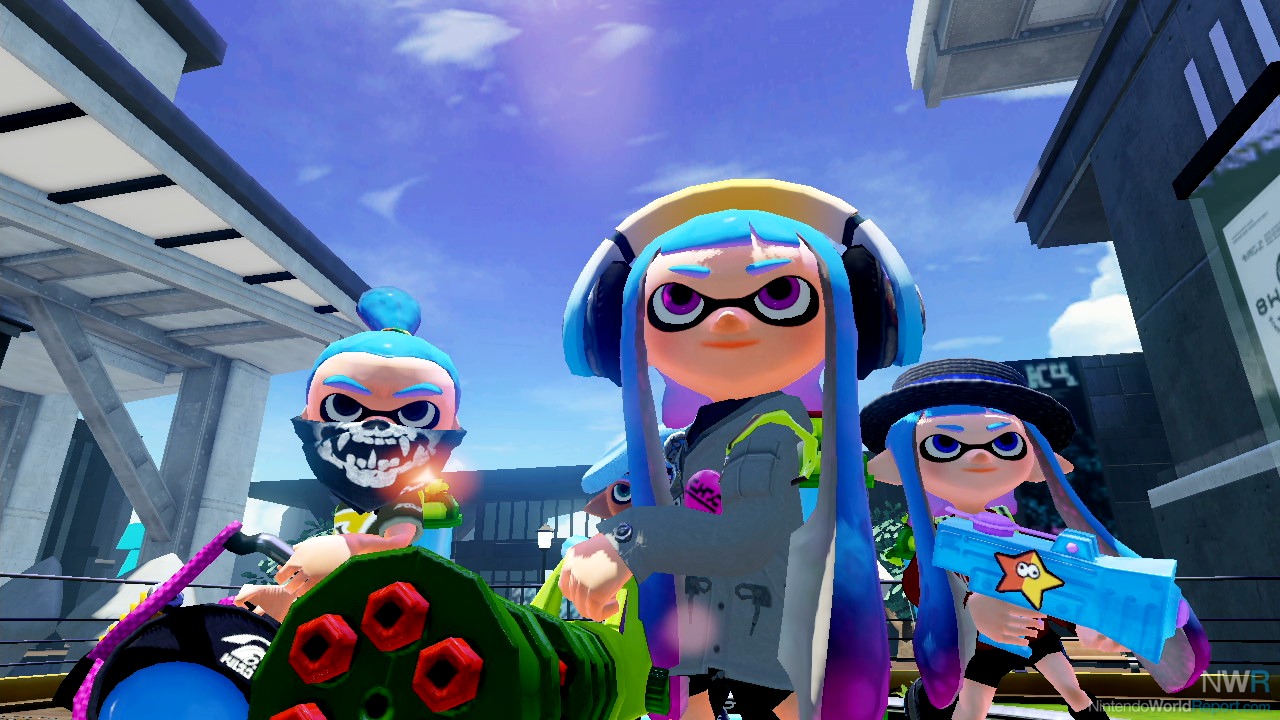 The big problem with naming an Elite 4 for the Wii U is that so many of its possibilities ended up jumping to the Switch, like it was Johto’s E4. Despite the presence of the Deluxe version however, there’s no denying that Mario Kart 8 was the giant of the system - not many games on any of these lists boast 60%+ attach rates. Splatoon finally put the notion that Nintendo couldn’t create a major new game to bed, putting the company’s twist on a genre that had been almost done to death elsewhere and making it a blast even for the non-MLG pros in the crowd.

Despite multiple attempts to bring it elsewhere with varying levels of success, the original Super Mario Maker is still looked upon as the standard for the casual platform creator. Through its use of such odd features as Amiibo and the late, lamented Miiverse, it also represented every way they tried to prop up the troubled and eventually failing console. Pikmin 3 might be the odd duck here, but as the first game shown at the last Nintendo E3 dog and pony show it instantly had the best graphics Nintendo ever developed - and it went on to wrap a good game around pretty much every control system known to man. 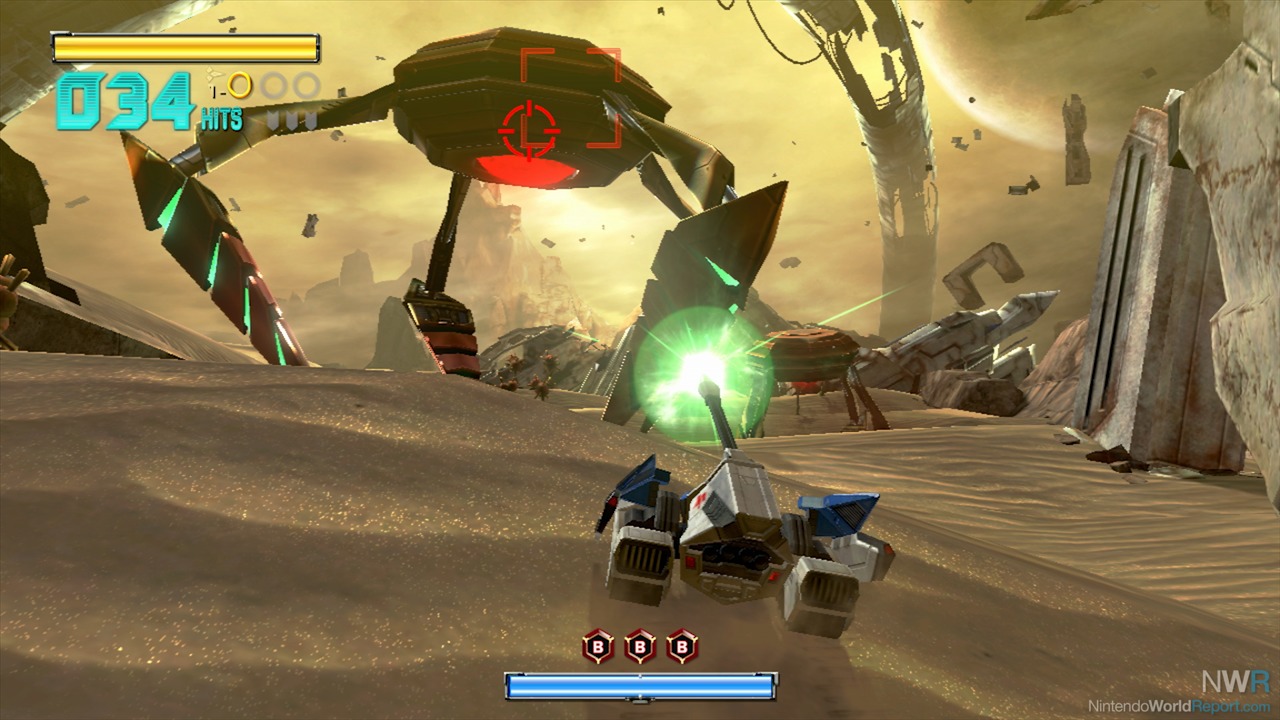 Hey look Star Fox is back. Beyond just really liking Star Fox Zero and thinking that it is for Wii U what Skyward Sword was for Wii, it is also a unique experience for me in that I attended the E3 at which it was announced. Its hard to explain the thrill of being a fan of a B or even C-tier Nintendo franchise and just happening to attend the E3 where one is announced after a generation of silence. Xenoblade Chronicles X might honestly be the best reason to own a Wii U. It is an incredible open world adventure that, in many ways, paved the road for The Legend of Zelda: Breath of the Wild. Donkey Kong Tropical Freeze is the best 2D platformer since Super Mario 3. Now I know what you’re thinking, why is Devil’s Third on this list? Here’s the thing, almost all of you asking that question have never played Devil’s Third, because you believed the lies perpetuated by the lamestream media. Devil’s Third is a masterpiece with one of the best endgame plot twists of all time. You play as a shirtless russian terrorist who’s also a ninja who’s also a drummer. You’re released from prison by the president of the United States to hunt down other terrorists. At one point the president shows up in a WWII era fighter plane to provide cover while you attack a terrorist base. This game is amazing. 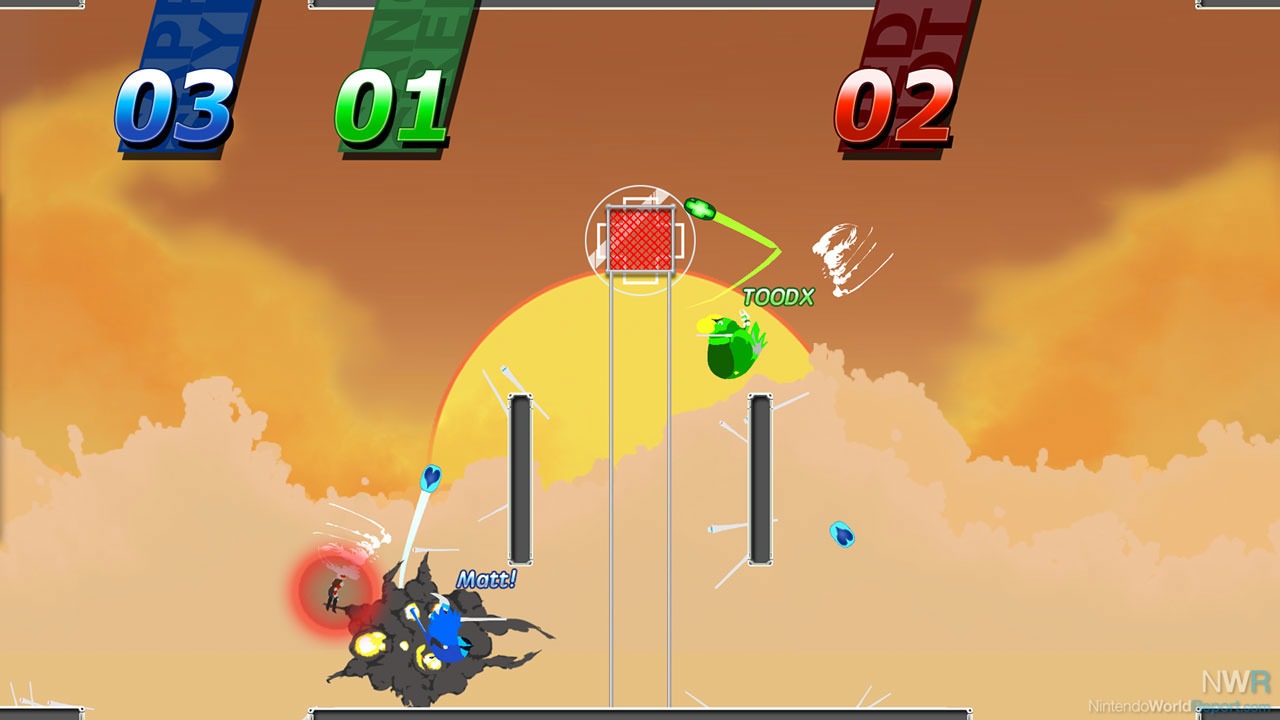 I’ll do this real quick because one of these games needs more explanation: Nintendo Land is the best multiplayer game experience I’ve had this side of Rock Band. Splatoon is the smartest mainstream game Nintendo has made this century (except maybe Breath of the Wild?). Shovel Knight is beautiful.

Sportsball is an indie game we will never see come around again (the developer is no more), but it’s this hilarious and endearingly clever take on Joust. Here, I’ll just throw it to my 2014 review: “The simplest way to sum up TooDX's debut Wii U eShop title, Sportsball, is that it's the classic arcade game Joust mixed with soccer and basketball. That quick elevator pitch doesn't take into account the kinetic action in every multiplayer match, though. It doesn't properly convey how patently ridiculous the '80s sports movie-esque soundtrack is. Paring down Sportsball as a Joust derivative doesn't do it justice, because Sportsball is likely the best multiplayer game on Wii U this side of Smash Bros.”

From the GBA to the DS

It's crazy how Neal's lists almost perfectly replicate my list (Donkey Kong '94 is the best game on the system, absolutely followed by Link's Awakening, Pokemon Red/Blue, and Tetris).

Even places where I disagree, like Kid Icarus: Uprising, he's like, "I know the controls are hard, especially for lefties" and I think I AGREE MAN.