If you were to make a monument of your most impactful and memorable video games from a Nintendo home console or handheld, what games would you include?

We at Nintendo World Report all have different gaming experiences and histories. Some of us grew up alongside Nintendo, starting off with the NES and following the company every step of the way. A few folks here started with the GameCube or Wii. Maybe some others were Genesis kids before flipping over to Nintendo later on. We all have different games that made us, so to give you a glimpse into some of our experiences, we present Console Elite Four - the four most important and impactful games for each Nintendo console.

Check out what our staff’s picks are and be sure to add in some of your own in the comments. The first page covers all of the Nintendo consoles released in the 20th century. 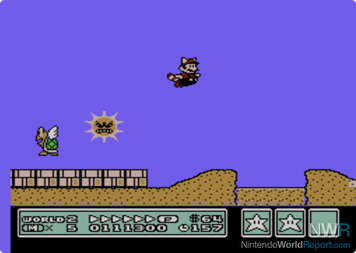 Super Mario Bros. 3 was one of the easier games to pick out here. It’s probably the pinnacle of the platform and one of the games I’ve replayed the most in my life. Other Mario games on NES are foundational, but the third game is the surefire representative of the character and the series. Mega Man 2 is in a similar wheelhouse, and while I’ll give credence to those who think later NES Mega Man games improved on the formula, Mega Man 2 is the one I replay the most. Punch-Out!! and Ninja Gaiden are incredibly personal picks. I count Punch-Out!! as one of my favorite games of all time and that first Ninja Gaiden is one that I played so much that half the game seared into my brain. I’ve only retained a relative mastery over the first level or two, but playing that game opens up a treasure trove of tense memories. 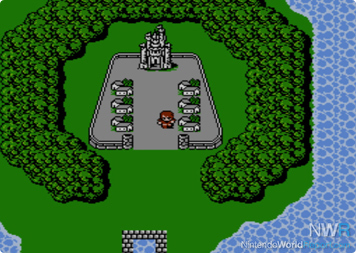 Super Mario Bros 3 remains as one of the biggest leaps in quality from its predecessors for any single console. It was a statement from Nintendo of what was to come. No list would be complete without an RPG and Final Fantasy is the game that opened the door for the genre in the west. Easily the biggest third party name on the NES, few kids of that generation didn’t own at least one Mega Man game during that era. Debates can rage on which Mega Man title is the best but few would argue that the second has the most heart. Mario may be the face of Nintendo, but Link is arguably the most important and beloved character for a lot of fans. The Legend of Zelda isn’t exactly a game that easy to play today but it lead to the best franchise on a Nintendo system. 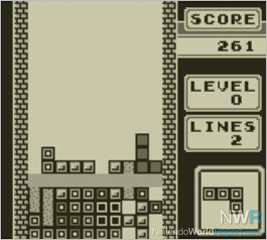 The promise of the Game Boy was console-level gaming but portable. The system nailed the handheld aspect with its inexpensive price and seemingly infinite battery life: what it needed now was games, and it would go on to have some absolute classics. However, the games on my list are impactful because they fulfilled that promise of taking an NES experience with you on road trips, to school, or to bed when your parents thought you were fast asleep. Super Mario Land 2: 6 Golden Coins was the Game Boy’s version of Super Mario Bros. 3, and its soundtrack and themed stages made it a superb follow up to the first Super Mario Land. The Final Fantasy Legend was an RPG that could easily take a dozen hours or more to complete, and it gave fans of the genre a perfect reason to take their NPC badgering and aimless exploring on the go. Kirby’s Dream Land may represent humble beginnings since the titular cream puff was without his signature copy ability, but it set the stage for dozens of charming adventures with series staples like Whispy Woods and Kracko. Chief among them all, however, was Tetris, the proverbial system seller. As addictive today as it was over 30 years ago, Tetris set the world on fire and it’s hard to believe it would ever have become as popular if not for its place in the Game Boy’s launch line-up. 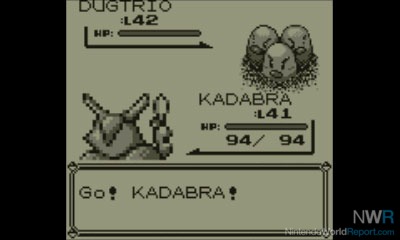 Filling out this list was easy. The amount of time I poured into Tetris and Pokemon on Game Boy is dizzying. I specifically selected Red because that’s the version I initially bought, even if I played Blue more. Long story short, my brother had kleptomaniac high school friends, one of which gave me Pokemon Blue. Later on, one of them stole my copy of Red. I was like 10 years old so I just kind of rolled with it. Anyway, Donkey Kong ‘94 and Link’s Awakening narrowly beat out Super Mario Land 2 because even if I might have played Super Mario Land 2 more, I think the other two have stood the test of time much more. 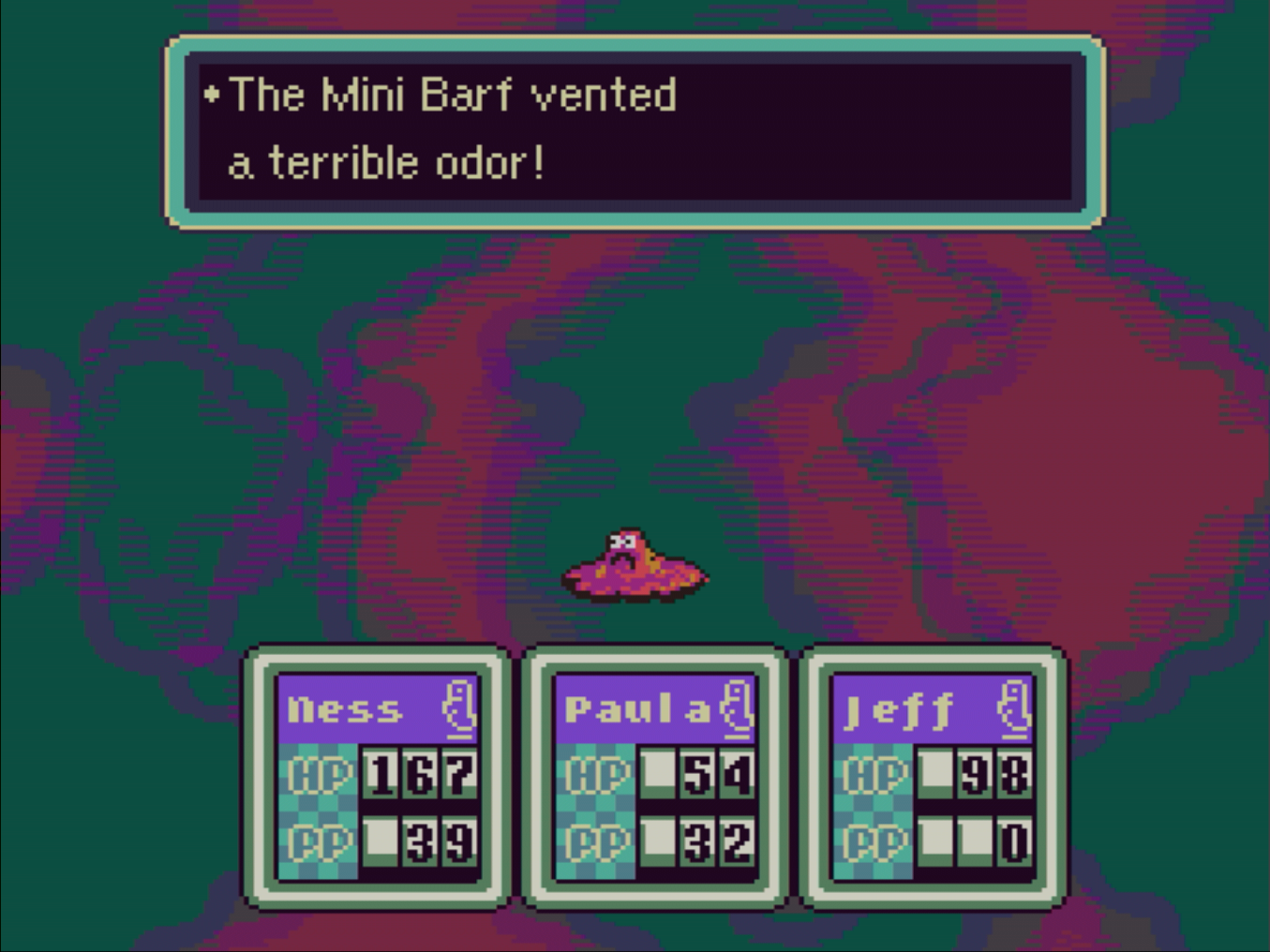 The most impactful games on the Super Nintendo are the ones that have continued to determine and guide the creative output of thousands of independent developers to this day. It’s impossible not to count Earthbound and Super Metroid in the system’s pantheon by this measure: one popularized a genre that has since become both maddeningly played out but also filled with some of the most evocative and engaging titles of the last decade; the other maintains a powerful cult following and informs some of the most unique RPGs and their soundtracks. On the other side of the spectrum are two platformers that emphasized art and style over pure gameplay, without necessarily sacrificing fun. Donkey Kong Country is an unforgettable tour of natural environments that utilized the SNES to its fullest; The playful and whimsical aesthetic of Yoshi’s Island set such a high bar that it hasn’t been matched since. These four titles might not be the best video games on the Super Nintendo, but they could be the most unforgettable. 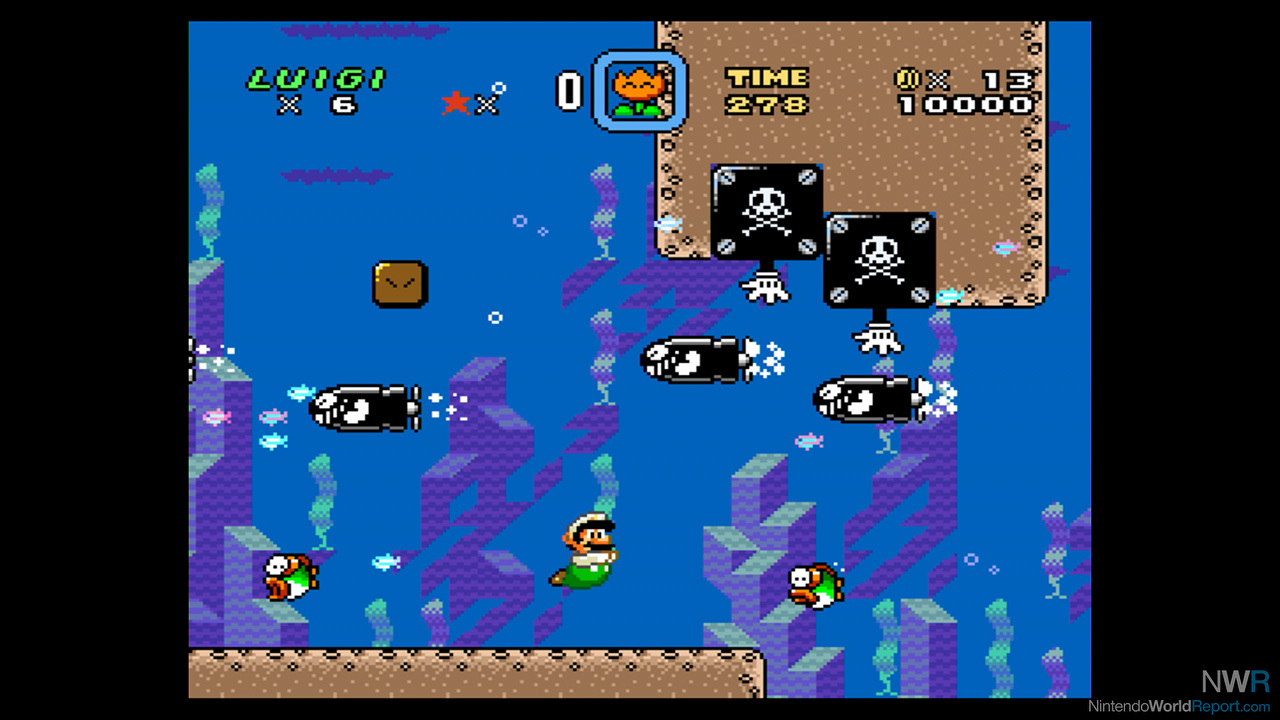 Give me another five minutes and I can probably have a dozen games that I’d be fine with showing up on this list, but I feel confident about these four specifically. It is my opinion that Super Mario World is the best 2D Mario ever (even above Yoshi’s Island, which would be one of the dozen), so that wasn’t hard. Chrono Trigger is maybe the best RPG ever, so that wasn’t hard. Super Metroid’s tone and gameplay are incredible. I can’t think of another game on the platform that makes me feel like that game does. The last spot was wide open. I had Link to the Past there. I had ActRaiser there. But I settled on Super Mario RPG because that game is special to me. It’s not the best of its kind, especially on the relatively stacked RPG library on the SNES, but I’ve replayed that game easily a dozen times. For me, the definition of “impactful game” might just be a picture of Super Mario RPG. I likely never write for this website without that game. 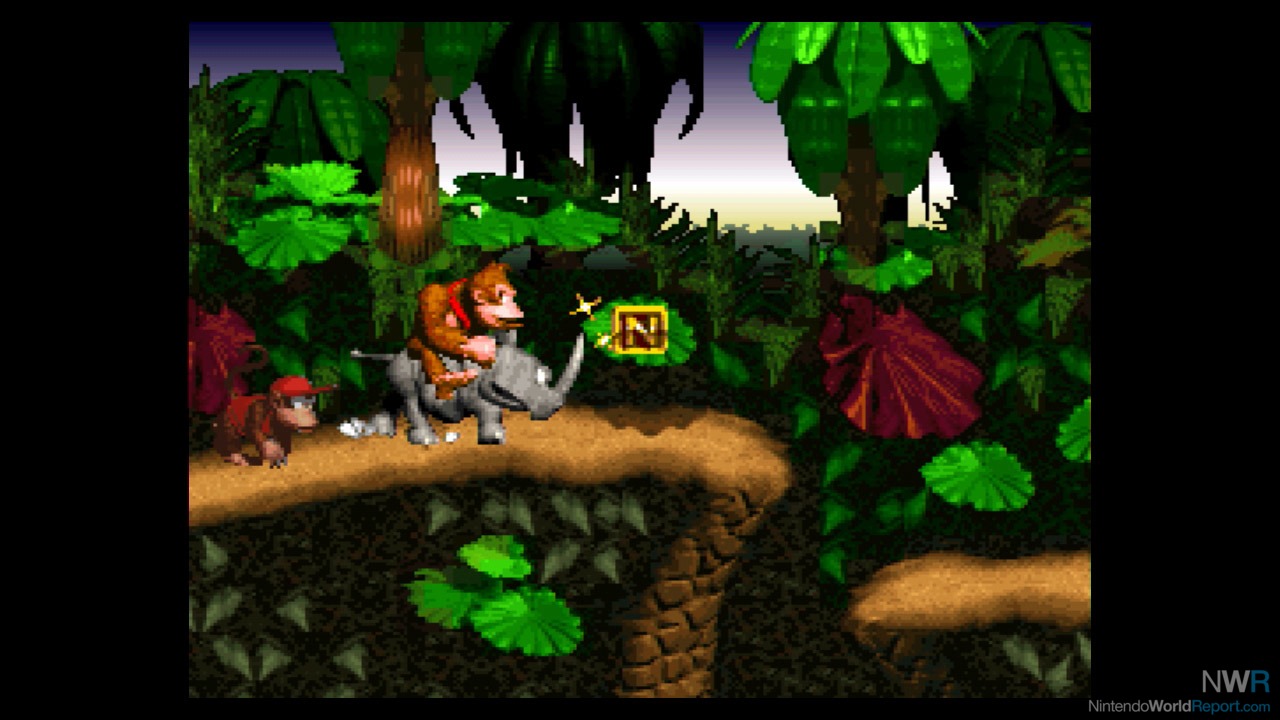 During the SNES era, I had an obsession with games that presented 3D spaces (or at least perceived 3D space). These four titles represent that obsession nicely. Star Fox released one year (almost to the day) after I was born. I grew up playing it. It was, and remains to this day, my absolute favorite game of all time. Wing Commander on SNES was an impressive though limited port that introduced me to a beloved series. I continued to follow the series playing every game I could until its eventual demise at the hands of EA. Both Donkey Kong Country and Toy Story represent an alternative use of 3D graphics within 2D games. I distinctly remember commenting to my siblings that I couldn’t imagine a game with better graphics than Donkey Kong Country or Toy Story. 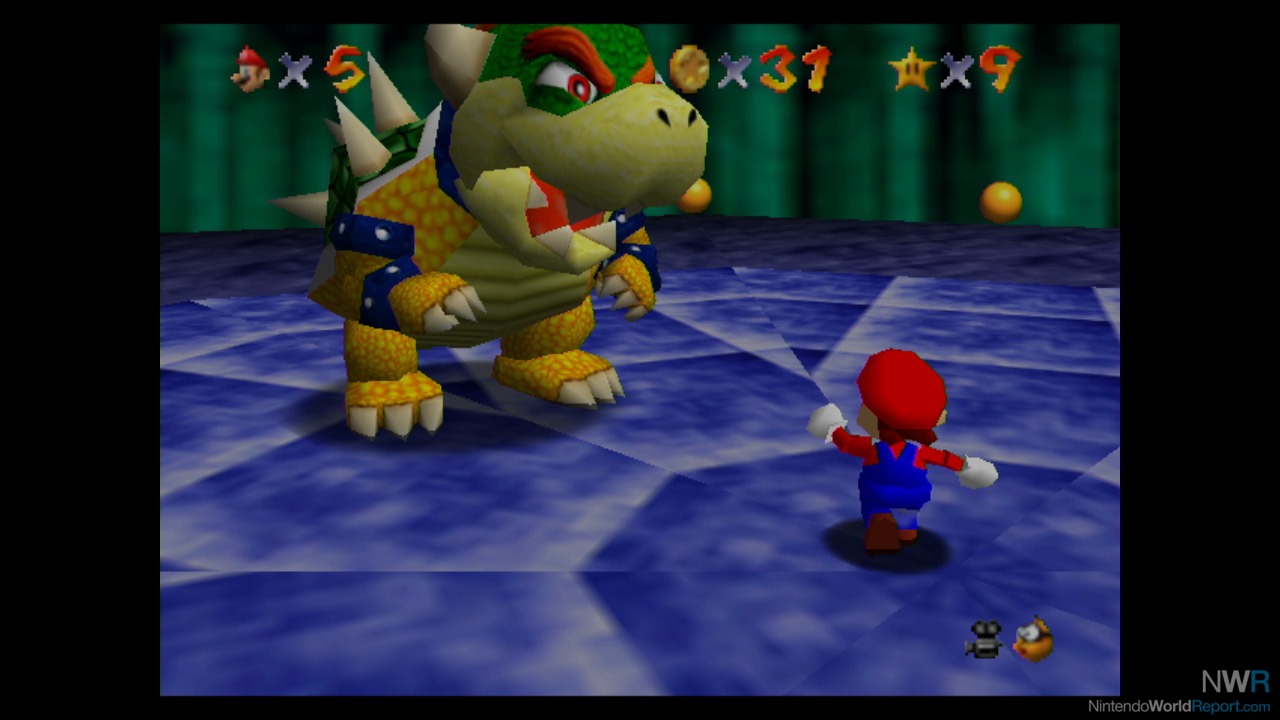 Honestly, I question if you actually played the Nintendo 64 if Super Mario 64 and Ocarina of Time aren’t on your list (unless Majora’s supplants Ocarina for you). Those two were practically givens for how much they revolutionized the industry and my own conceptions of video games. Weird fact: the first copy of Super Mario 64 I ever owned was on Nintendo DS, but I definitely played dozens upon dozens of hours of the game on Nintendo 64. Ocarina is what made me a completely dyed-in-the-wool Zelda fan. It was amazing to see just how smart that game still is upon replaying it on 3DS. With two single-player games filling out half of this list, I felt the other two had to be multiplayer games. In lieu of GoldenEye and Mario Kart 64, which easily could have been on this list, I went with Perfect Dark and F-Zero X. They’re from the same cloth, but ultimately, Perfect Dark is GoldenEye perfected (albeit through pushing the 64 to its limits) and F-Zero X dominated my multiplayer fun when going back to the Nintendo 64 in the 2000s. The X Cup rules. 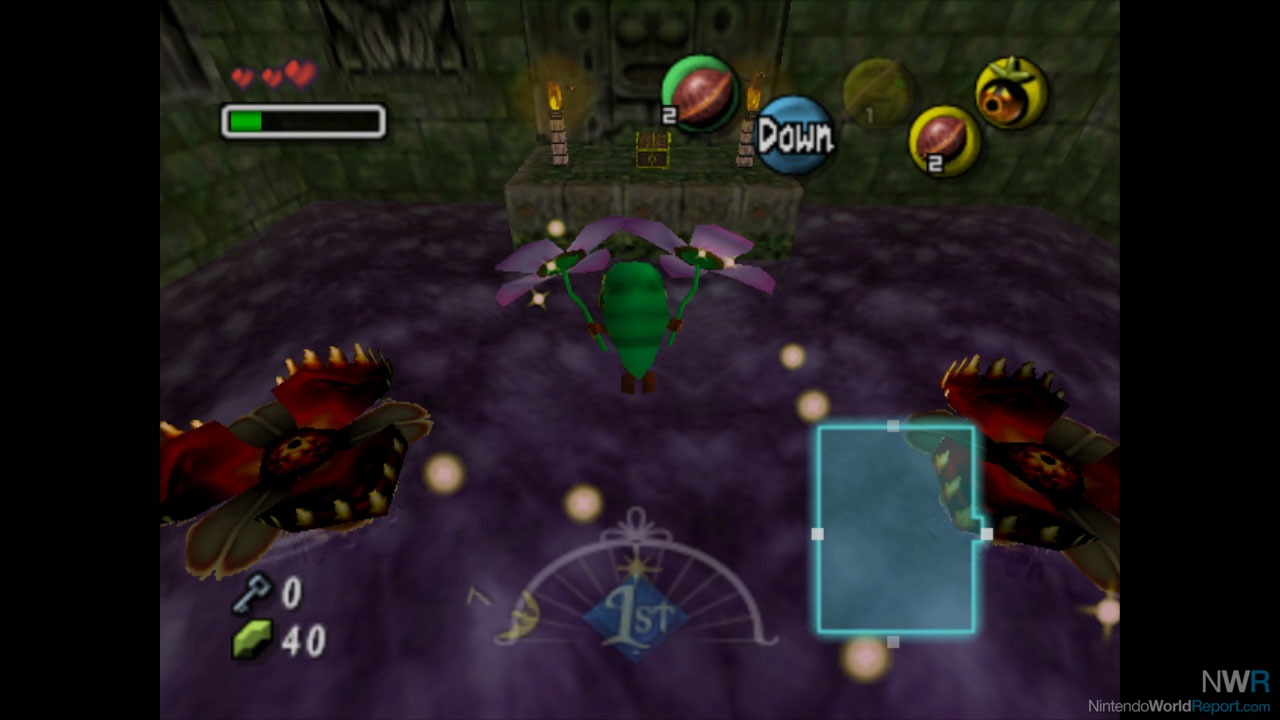 In the modern context of seeing Star Fox 64 next to Star Fox 2, it is easy to call it a step backwards, but you just can’t argue with its level of polish and perfection. From its memorable characters, melodramatic story, and outstanding soundtrack, Star Fox 64 is one of the few perfect games in existence. I got my copy of The Legend of Zelda: Majora’s Mask while I was sick with the flu. Playing through that game with fever induced haze is arguable the intended way to play. Few games have hit on the same level of nightmare fantasy that Majora’s Mask did. Army Men: Sarge’s Heroes isn’t a great game, its arguably not even good, but boy do I love it. As a kid my parents weren’t big on letting me play violent games so the Army Men series was a perfect workaround. They’re just toys so it doesn’t count. As for Buck Bumble, it is a game about a cybernetically enhanced bee who has to fight off a mutated swarm of bugs after a chemical spill in rural England. Check your eBay purchase history because you probably subconsciously bought the game while reading that sentence.

From the GBA to the DS

It's crazy how Neal's lists almost perfectly replicate my list (Donkey Kong '94 is the best game on the system, absolutely followed by Link's Awakening, Pokemon Red/Blue, and Tetris).

Even places where I disagree, like Kid Icarus: Uprising, he's like, "I know the controls are hard, especially for lefties" and I think I AGREE MAN.