HANDS-ON: Curtis catches a case of nostalgia while going back to the craze that started it all....

If you were to make a monument of your most impactful and memorable video games from a Nintendo home console or handheld, what games would you include?...

Pokémon Red and Blue, we choose you!...

Classic games can still bring us much joy many years later....


The NWR Mailbag: May 2016: The Impossible Prediction

It's back, and thankfully not in POG form....

They may be the least hyped on the list, but you guys still want them!...

The most extreme Japan podcast on the internet blazes straight into 2016!...

Get the latest from Japan coming directly to your ear holes from your favorite Amiibros....

I guess this makes Jon the show's Cloud Strife? I'm not comfortable with this analogy.... 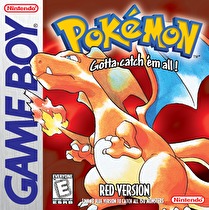