Check out the story behind the developers of Yoshi's Crafted World, Kirby's Epic Yarn, and Wario Land: Shake It.

Most Nintendo fans know Good-Feel for their feel-good games like Kirby’s Epic Yarn and Yoshi’s Woolly World. For the past decade, they have been Nintendo’s go-to for stylish platformers with memorable characters. But what are the origins of this Japanese developer? How did they wind up making multiple cutesy games based on yarn, wool, and crafts? Read on to find out.

In October 2005, Shigeharu Umezaki and Etsunobu Ebisu took a risk. After more than a decade as developers at Konami, they up and left. Both started in the NES era, with Umezaki directing classics such as Contra and Blades of Steel. Ebisu first worked on games such as The Adventures of Bayou Billy and later going on to work on everything from the Super Nintendo version of Batman Returns to Castlevania 64. They also were heavily involved with the Ganbare Goemon games that starred Goemon and Ebisumaru, the latter of which might have been named to reference Ebisu himself.

By the early 2000s, Their development preference seemed to be working on games that were different than what Konami wanted to produce. Their last credits involve projects like Castlevania: Circle of the Moon, Konami Krazy Racers, and a bunch of Goemon games that never left Japan, which are all notably types of games that Konami doesn’t really make anymore (when they ever make games at all). There’s also another angle to this potentially. Umezaki ran Konami’s Kobe-based subsidiary. It opened in 1998, making a smattering of Castlevania and Goemon games before closing in 2002 when the divisions of Konami fused back into one. While Umezaki did not immediately leave Konami after this, it’s possible he wasn’t thrilled with being able to run his own company and see it taken away from him.

No matter the inciting incident, The pair left Konami and formed Good-Feel in 2005. The new company’s first projects were primarily educational software on the Nintendo DS, but seemingly they had a goal in mind. They reached out to Nintendo, asking if they could make a game for them. 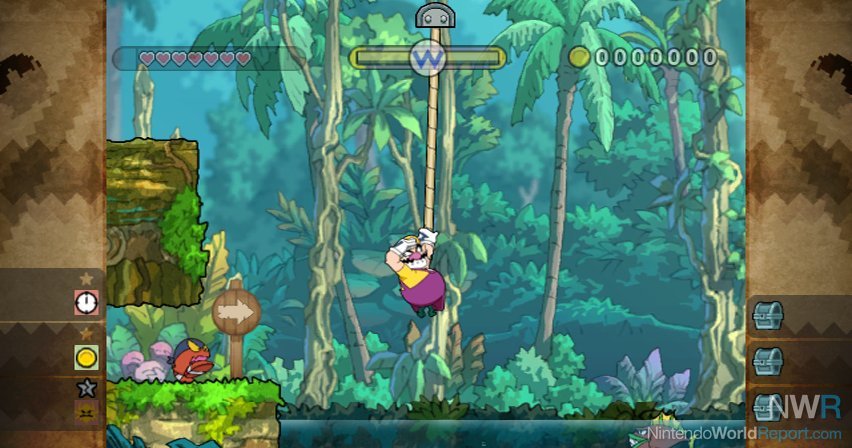 Nintendo’s offer was a new Wario Land game. By 2005, Wario was an anti-hero in transition. After several years of starring roles in the Wario Land series and numerous racing and sports appearances, the platforming aspect of Wario dried up. Treasure’s 2003 GameCube game Wario World landed with a relative thud and after the success of the WarioWare series that same year, the side-scrolling origins of the character were in danger of fading away.

Takahiro Harada, the Nintendo employee Good-Feel met with, pushed for them to work on a new Wario Land game based on their past with platformers. Ebisu’s first gut was to make a Wario-themed shooting game, but Harada thankfully pushed him towards a platformer. With Harada’s guidance, Good-Feel started work on Wario Land: Shake It, an under-the-radar hand-drawn platformer that sneakily came out in the back half of 2008 on the Wii. If I do say so myself, Wario Land: Shake It is excellent, an absolute surprise of a game that plays just as well as it looks. And it looks gorgeous. After Shake It, Good-Feel rocketed up to a place where their next project was of great interest, at least to the tiny sect of Nintendo fans who actually knew Shake It came out.

After a brief sojourn working on Looksley’s Line-Up, a quirky DSiWare game they made with Nintendo that probably has more in common with their educational DS background, Good-Feel’s next project was revealed, this time with a lot more fanfare than their Wario jaunt. Kirby’s Epic Yarn was announced at E3 2010, coming out later that year. 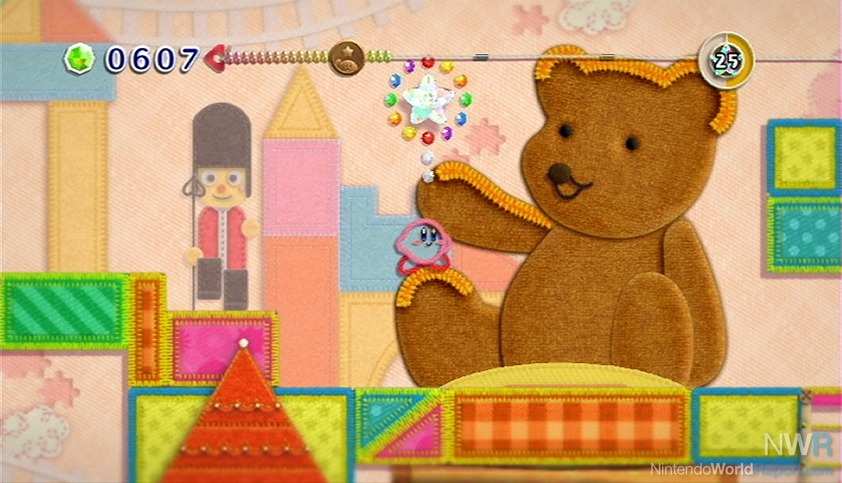 The story behind Epic Yarn begins with Madoka Yamauchi, who directed Wario Land: Shake It and followed Ebisu over from Konami. Yamauchi came up with an idea to make a game based around a world of yarn, starring an erstwhile hero named Prince Fluff. Beginning development in 2008, Good-Feel worked on this game until a meeting with Nintendo the next year ended with the decision to turn it into a Kirby game. While the game was already in development, Good-Feel was assisted by HAL Laboratory to add Kirby flair to the project so that way the world would feel like more naturally Kirby-like. The end result, well, here’s a clip from my launch review of Kirby’s Epic Yarn. A game I, uhh, gave a 10/10. As I said back in 2010: “If you like things that are fun and are cool with playing a game that has a world called Treat Land, then you should run out and buy Kirby's Epic Yarn right now.” I still love that game.

Epic Yarn’s Director was Kentaro Sei, who, like most of the crew at Good-Feel, started at Konami, generally working under Umezaki. If you can’t tell, there’s a trend here. Sei guided the development of Epic Yarn as well as Good-Feel’s next Nintendo project: the Veggie Guardin’ and Skip Skimmer mini-games in Wii Play: Motion, which came out in 2011.

The next few years were quiet for Good-Feel, but the early failing of the Wii U led to their next project likely being announced earlier than they would have liked. In the fabled January 2013 Nintendo Direct, Yarn Yoshi was shown off for the first time. At this point, all that was shown was Yoshi’s Island producer and all-around master gamemaker Takashi Tezuka’s involvement and some screenshots that, as we’d learn when the game came out, weren’t really representative of the final product. 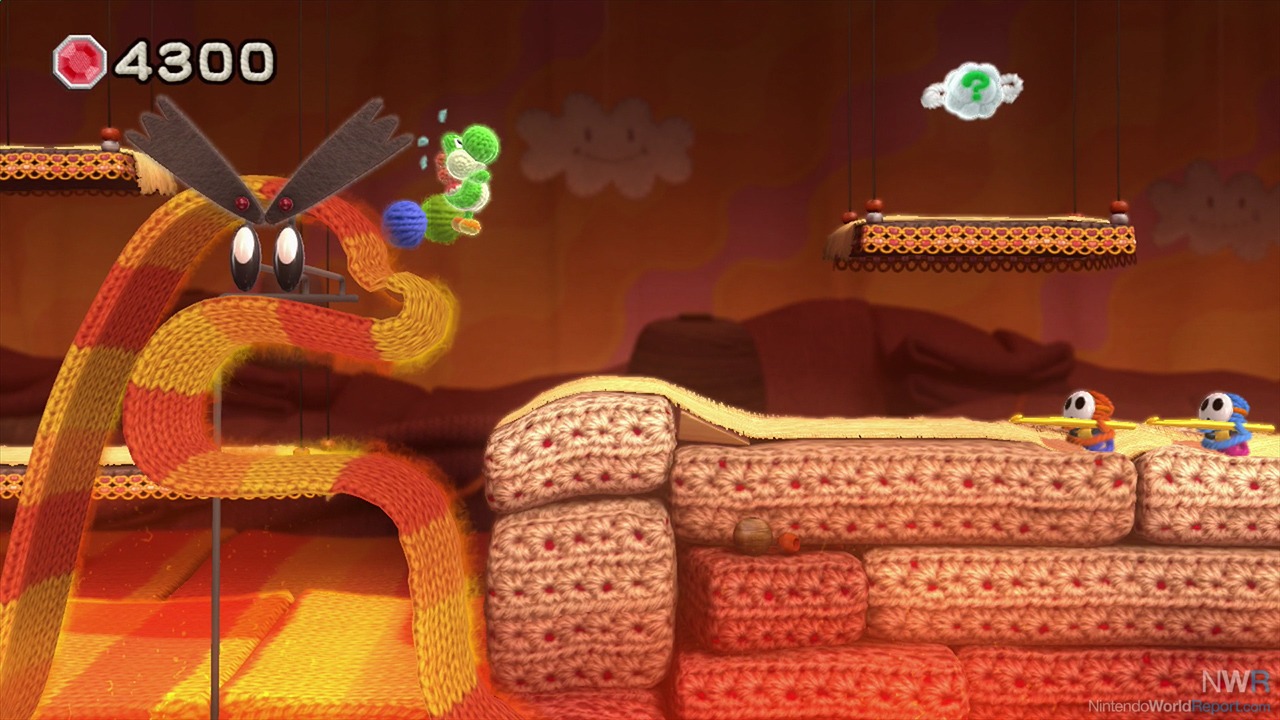 From the initial announcement, nearly two and a half years would pass before Yoshi’s Woolly World came out on Wii U. Good-Feel kept busy during the development, creating two StreetPass games in Mii Force and Battleground Z (or StreetPass Squad and StreetPass Zombies if you’re not in America), as well as assisting AlphaDream with elements of Mario & Luigi: Dream Team.

Atsushi Kono directed Woolly World, and aside from working on other Good-Feel games, I can’t find any information about Kono. My gut tells me that likely his origins are with Konami, but hey - maybe this is someone that didn’t follow the founders from their prior place of employment.

Woolly World eventually came out on Wii U in 2015 to mostly positive reviews. The adorable art style goes a long way and many welcomed the additional difficulty compared to Epic Yarn. In early 2017, the game came to 3DS as Poochy and Yoshi’s Woolly World, with some additional Poochy dog touches. Oh yeah and who can forget the yarn amiibo that came out alongside these games. I know my cats can’t because they keep on trying to use them as toys.

Good-Feel kept working with Nintendo on smaller games in between all of this Yoshi fun, adding two more StreetPass games to their resume with Market Crashers and Slot Car Rivals. 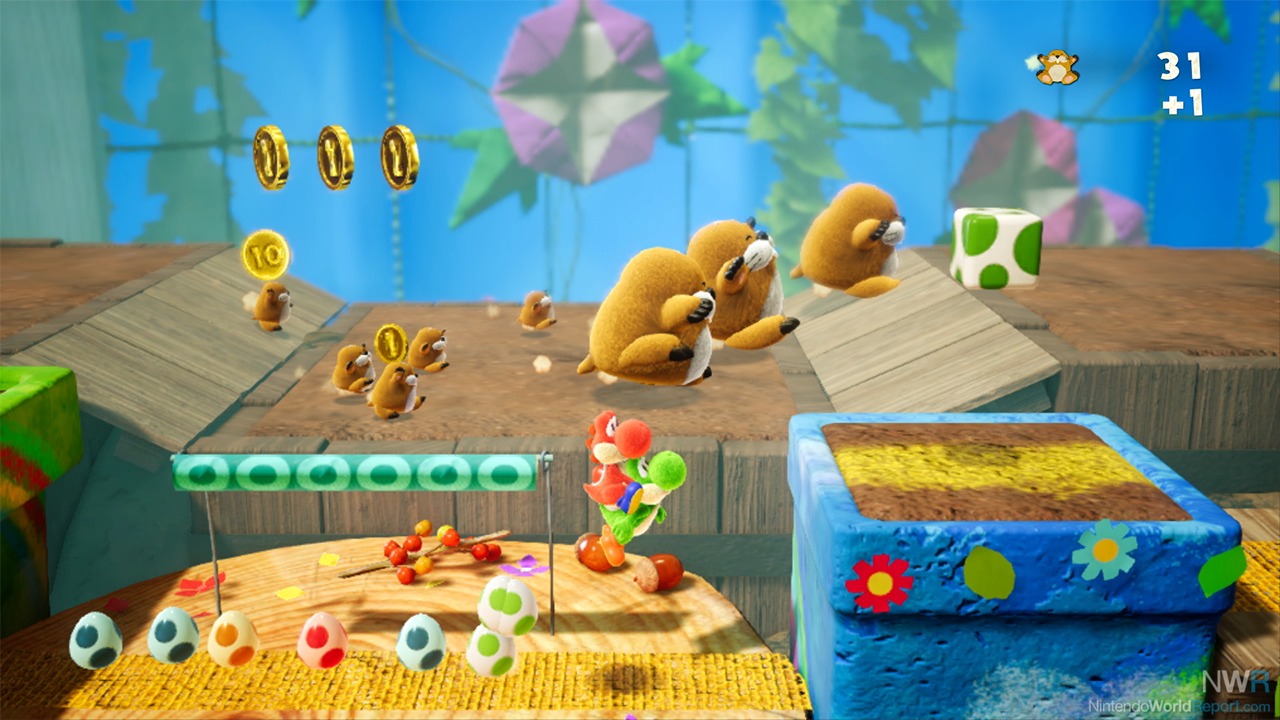 But by the time Poochy and Yoshi’s Woolly World hit 3DS, the Switch was mere weeks away from launch. A few months later, at the Switch’s first E3, Good-Feel’s next project was revealed with a tentative title of “Yoshi.” Slated for a 2018 debut, this platformer’s hook was that there was a front side and a back side to every level, providing multiple perspectives and styles. Instead of the wool aesthetic of their last Yoshi game, the art was more inspired by cardboard cutouts. At E3 2018, the game was pushed back to 2019 and by the end of the year, we finally got a full name: Yoshi’s Crafted World.

As of now, Yoshi’s Crafted World is a few weeks away from release, which will be a little while after Kirby’s Extra Epic Yarn, a portable version of their 2010 Wii game, comes to 3DS. Good-Feel has been a dependable developer for Nintendo to work with and that doesn’t look like it will change in the future. Let’s hope their next game carries forth the tradition of interesting art design while maybe tackling another Nintendo franchise. F-Zero could sure use a felt remake. Could they make a puppet-based Star Fox game? A Wave Race game drawn on a markerboard? The possibilities are endless even if improbable.

And that’s more or less Good-Feel’s story so far. They’re a developer born from the ashes of ‘90s Konami that has stuck to Nintendo like glue, working with some of their biggest franchises while bringing a remarkable aesthetic to the forefront. It’s likely they’re not going anywhere, and after Crafted World comes out, it will likely only be a matter of time before we hear what their next project is.