Mario's antithesis is back with yet another fantastic 2D platformer....

Get ready to shake down this September with Wario as he fights pirates in this hand-drawn 2D platformer for Wii....


BLOG: Spun Up in Yoshi's Yarn

As one of the folks charmed by Kirby's Epic Yarn, Neal is super-hyped for the new Yarn Yoshi game....


A Night at the Symphonii: Smashing Soundtracks

Smash some Bros and steal some gold as you jam to these tunes....

So many Nintendo games! So much quasi-Metroid! So great Listener Mail! Such grammar!...

James has come down with a Rhythm Heaven Fever, and the only cure is more Listener Mail.... 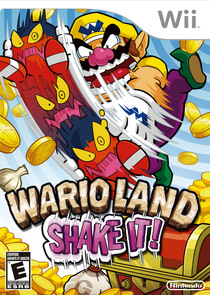