There might be enough here to get you through the entire second half of the year. 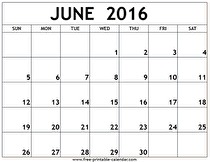 Unlike the last couple of years, Nintendo doesn't have a major retail game coming out at the end of May for Wii U in the vein of Mario Kart 8 or Splatoon. But between Nintendo and 3rd parties, there seems to be an unspoken agreement to release everything in June. And in Wii U terms, we mean EVERYTHING.

There's actually more games coming out on disc in June than released for the Wii U last November. And unlike some of the November releases we could name, there's some real gems in the lineup next month. There's potential for delays in some cases, but if you want to keep that Wii U disc drive spinning for the rest of the year June will give you plenty of play. 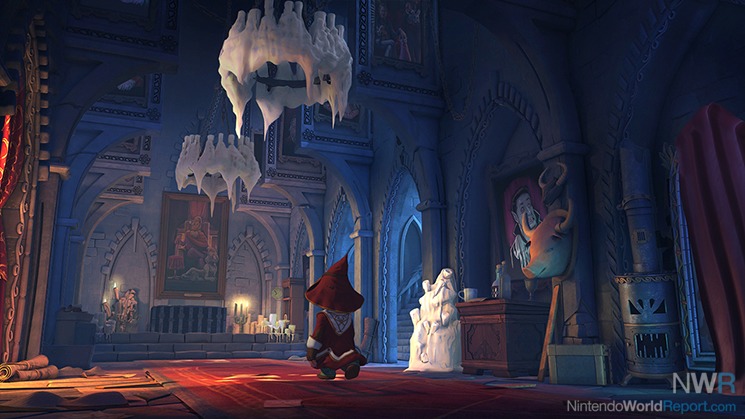 The Book Of Unwritten Tales 2

Although Nordic releases might have fluid release dates, the adventure sequel (the original release was PC only) seems to be locked into the pre-E3 slot for Wii U. The game promises 20 hours of adventure fun and based on other platforms, a striking orchestral score. It's also the least dramatic of the two crowdfunded projects coming out on Wii U, raising a modest amount and releasing pretty close to its Kickstarted goal.

Not recommended for: Those who are fantasy'd out by Game of Thrones (or the 3DS lineup). 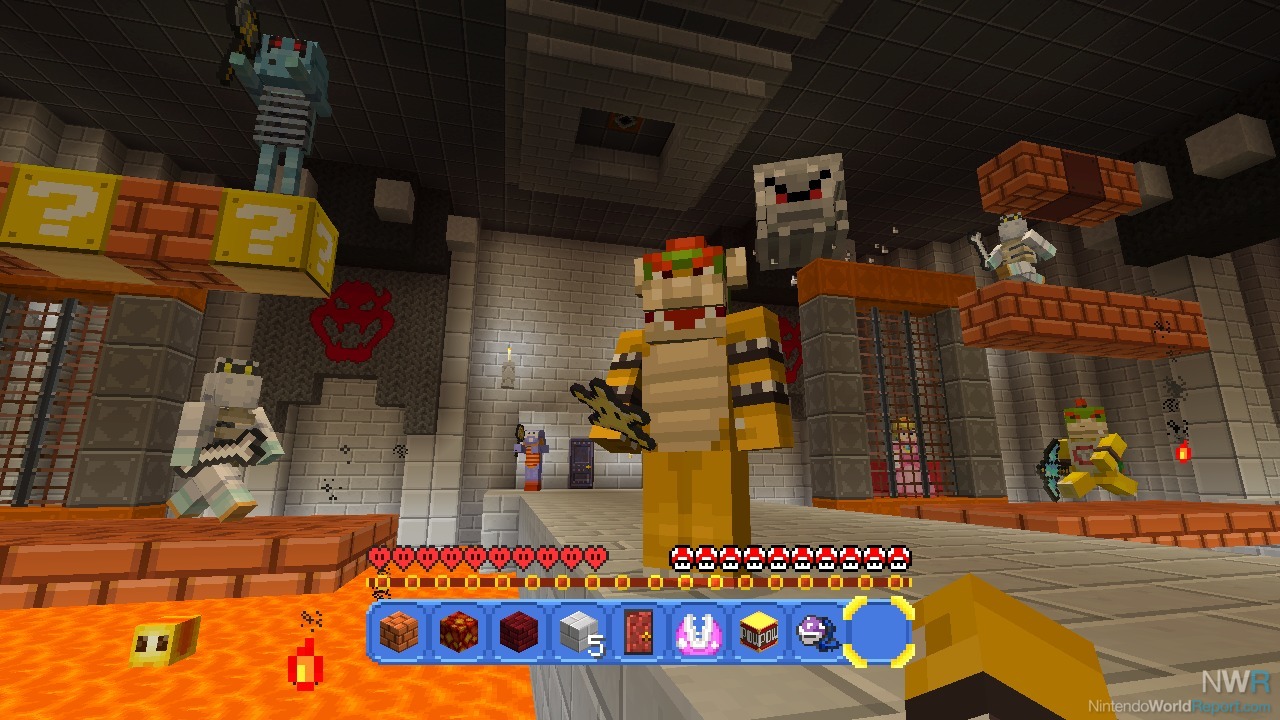 On Other Platforms: Everything but the 3DS, plus Wii U eShop

Releasing the day after Nintendo's Zelda demo days end, the physical release of last December's eShop sensation should keep the Wii U in the sales charts for a couple of months at least. The included Super Mario pack will be the first of what will hopefully be a huge amount of Nintendo content, and it has all the Wii U features (off-TV / four player local / eight player online play) of the eShop version.

Not recommended for: Those who downloaded the game on the eShop in December. 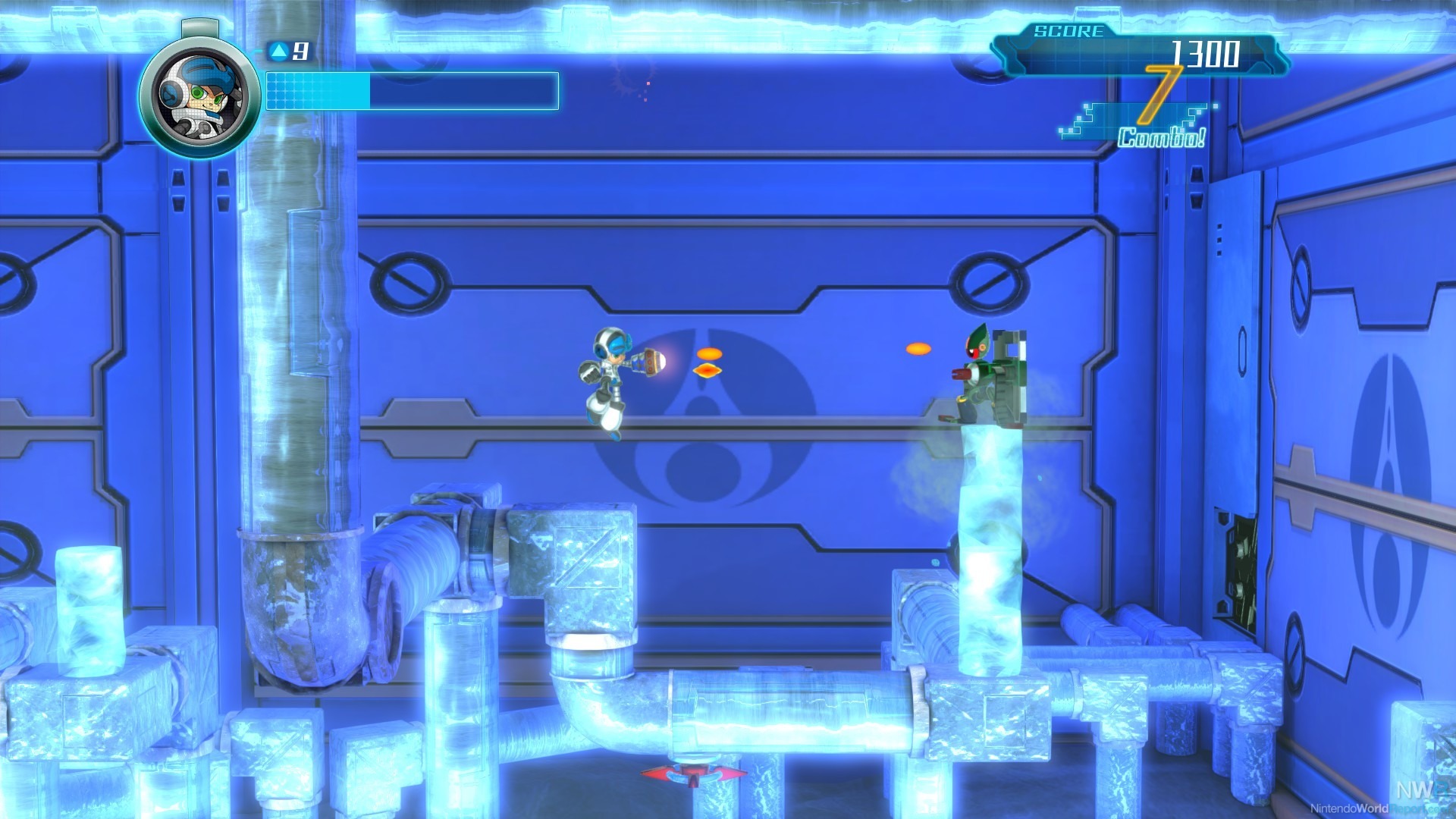 If Nordic Games titles have fluid release dates, Mighty No 9's was gaseous. The Kickstarter sensation descended from “hot Mega Man remake” to running joke over the course of its multiple delays, and before Deep Silver locked in the release dates it was thought that the game was going to come out in December. Early impressions from a backer beta were... somewhat unkind, but at this point... 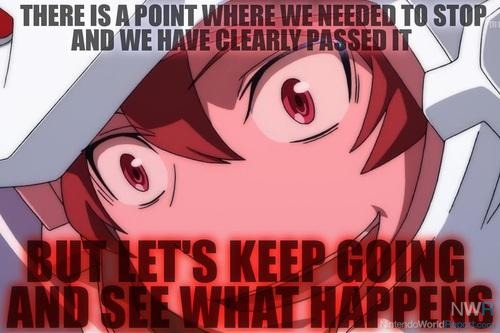 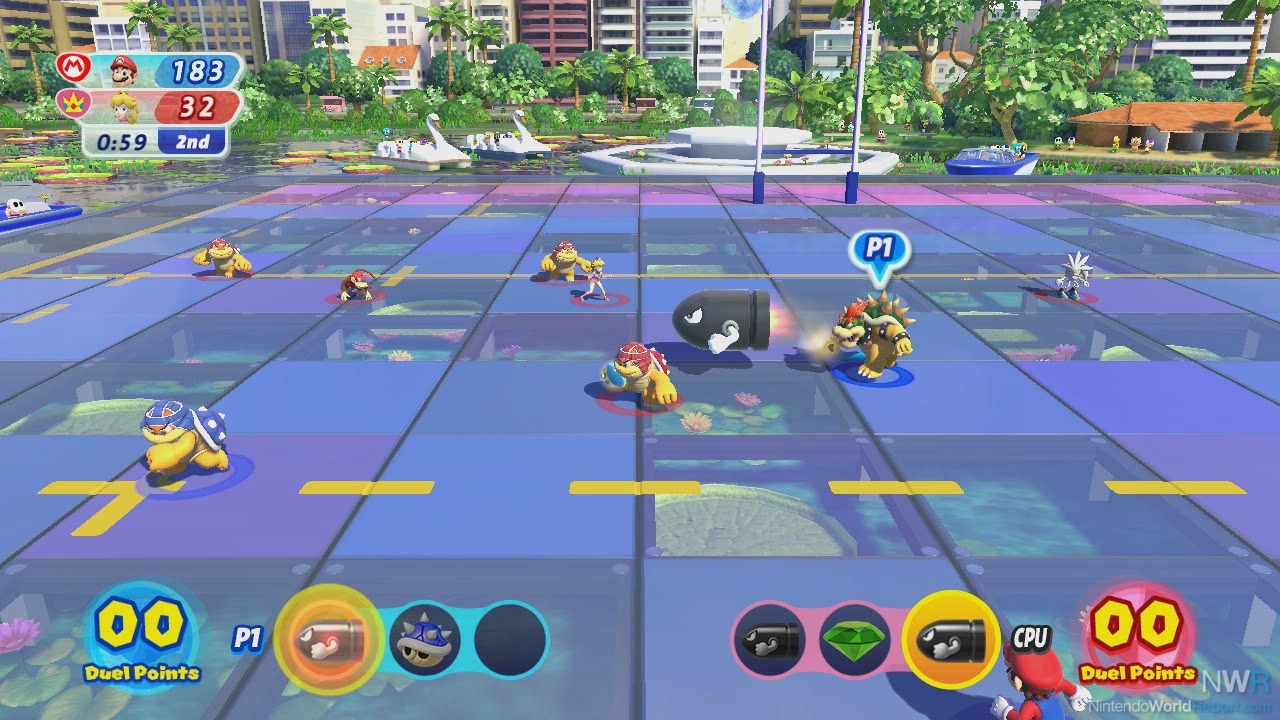 Mario and Sonic at the Rio 2016 Olympic Games

On other platforms: A 3DS version released in March, but has different content

Of all the games on this list – and yes, this INCLUDES Mighty No 9 – Mario and Sonic seems to be the best candidate for a delay, if only to put it out during or just after the actual Rio Olympics (August 5 – 21, viruses and government unrest permitting). However, should the game release, it'll be a decent companion to the day's other release and provide an opportunity to spear Amy Rose out of those stupid boots she wears in the new Rugby Sevens competition.

Not recommended for: Amy Rose fans, the World Anti-Doping Agency 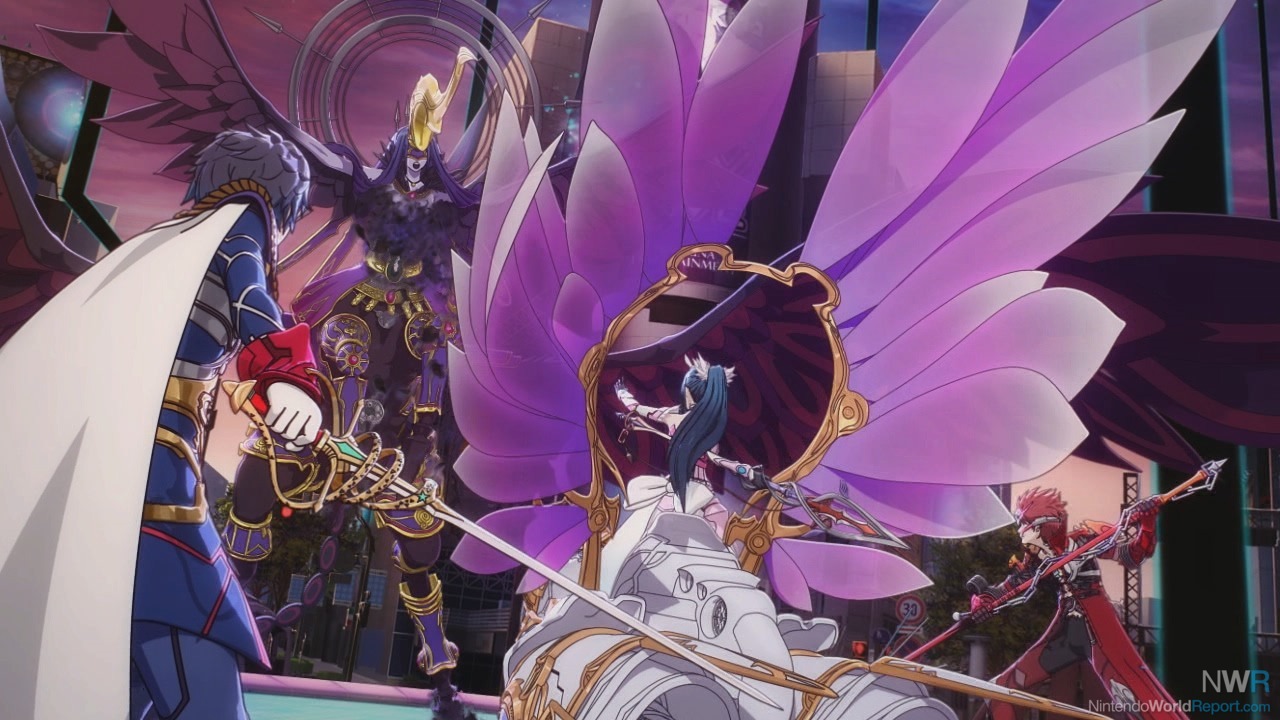 On other platforms: Nope!

The second to last of the games announced in the infamous January 2013 “Please buy the Wii U” Nintendo Direct to come out in North America, Tokyo Mirage Sessions is the team behind the Devil Survivor strategy RPGs hooking up with Intelligent Systems (makers of fine strategy RPGs) and making Nintendo's answer to Persona. We've talked this game to death before, and hope to have the North American version in hand soon.

Not recommended for: Half of the “dub v sub” debate, the ESRB/PEGI/USK/ACB/etc. 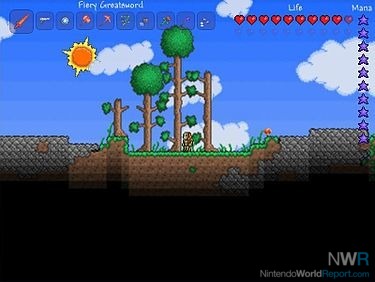 Other platforms: All platforms including 3DS

The fourth game releasing in the last Friday of June for Europe, Terraria has been compared to Minecraft for their focus on digging, though Terraria is a side scrolling survival title that does a good job of aping the Super Nintendo's art style. For extra fun, you can summon giant boss monsters if things aren't going your way down in the dirt. There's a wide variety of arguments to dig around with, and the Wii U version will add four/eight player local and online play.

Not recommended for: People who need blocks in their digging games. 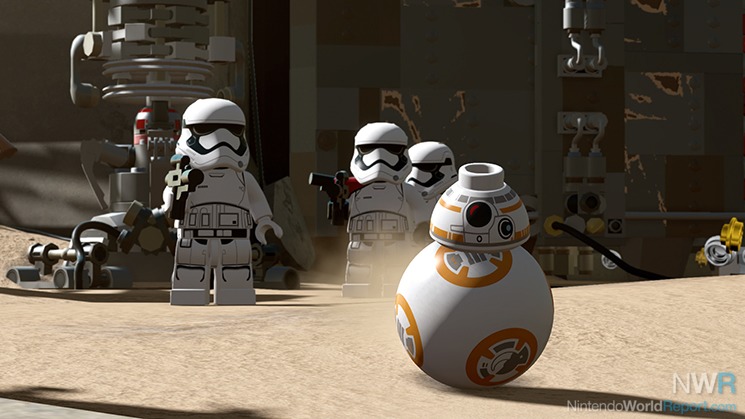 Other platforms: All of them including 3DS

With the closure of Disney's publishing arm and the discontinuation of Disney Infinity, this is the last Star Wars game we're going to see until Lego Star Wars Rogue One inevitably launches this time next year. Jurassic World made bank for WB in this slot last year, and now they're coming back with a movie that managed to make EVEN MORE MONEY. The game itself is a not-so serious take on The Force Awakens, with the traditional Lego collecting elements, and apparently the movie actors have recorded new voice work for this game.

Not recommended for: Anyone who hated The Force Awakens as a movie.

We're interested in Mighty No. 9, Mario & Sonic, and Minecraft. :D

Thank you for keeping "Not reccomended except for Kairon" alive.


Terraria is a VERY different game from Minecraft in that it's more like... a weird metroidvania type of thing. yeah, you're diggin' and building stuff, but to get the most of the blocks in your world and to be able to move about your world, you have to beat those bosses to get items and materials that will make traversing some of the other biomes safer or unlock the dungeon that spawns in your world that can't be broken down or cause new biomes to spawn in and all sorts of other crap.

I honestly prefer starbound to Terraria, even if Starbound has changed so much that it's almost unrecognisable to the earlier betas.

Does it support motion controls? Pointer controls would be a great feature for a game like this. But without pointer controls I'll stick to the PC version.

None of these are games I want to play. But I have plenty of other stuff, so Im not worried.

As I've said previously, I was a backer for the Book of Unwritten Tales 2 kickstarter, and it is an excellent point & click adventure game. Highly recommended if you like that style of games.

Does it support motion controls? Pointer controls would be a great feature for a game like this. But without pointer controls I'll stick to the PC version.

Just answered my question: Players can dig in using either the GamePad, Wii U Pro Controller, or Wii Remote and Nunchuk. You can share highlights of your escapades on Miiverse and compare your progress with other players on a global leaderboard too!

Huh had never heard of that Book of Unwritten Tales 2 thing. I'll be honest and say the artstyle is rather offputting to me, but I looked at a trailer anyway and that spoofed the first Hobbit trailer in an amusing way:


Plus it's already out in Europe so at least it'll certainly release. So this seems to be a point & click adventure~ish kinda deal? Could be fun I suppose, though my June's already accounted for with Tokyo Mirage Sessions #FE.

I'll probably be grabbing Minecraft and Terraria, those two games should last me a while.