Well, look who finally showed up.

The arrival of Minecraft: Wii U Edition into Nintendo’s eShop lineup is a curious one. It’s become one of the most popular games of all time, rivaling Mario and Pac-Man as representations of video game obsession. Yet, it’s a game that almost everyone has already played. The audience of potential hold-outs is narrow, so most people buying Minecraft on Wii U will be buying, at least, their second copy of the game. Generally, when reviewing games on NWR, we try to stay away from talking about the game in the context of “what should have been” or “what’s missing”, but quite frankly it’s very difficult to discuss Minecraft on Wii U without touching on how it lines up against its brethren on other platforms. 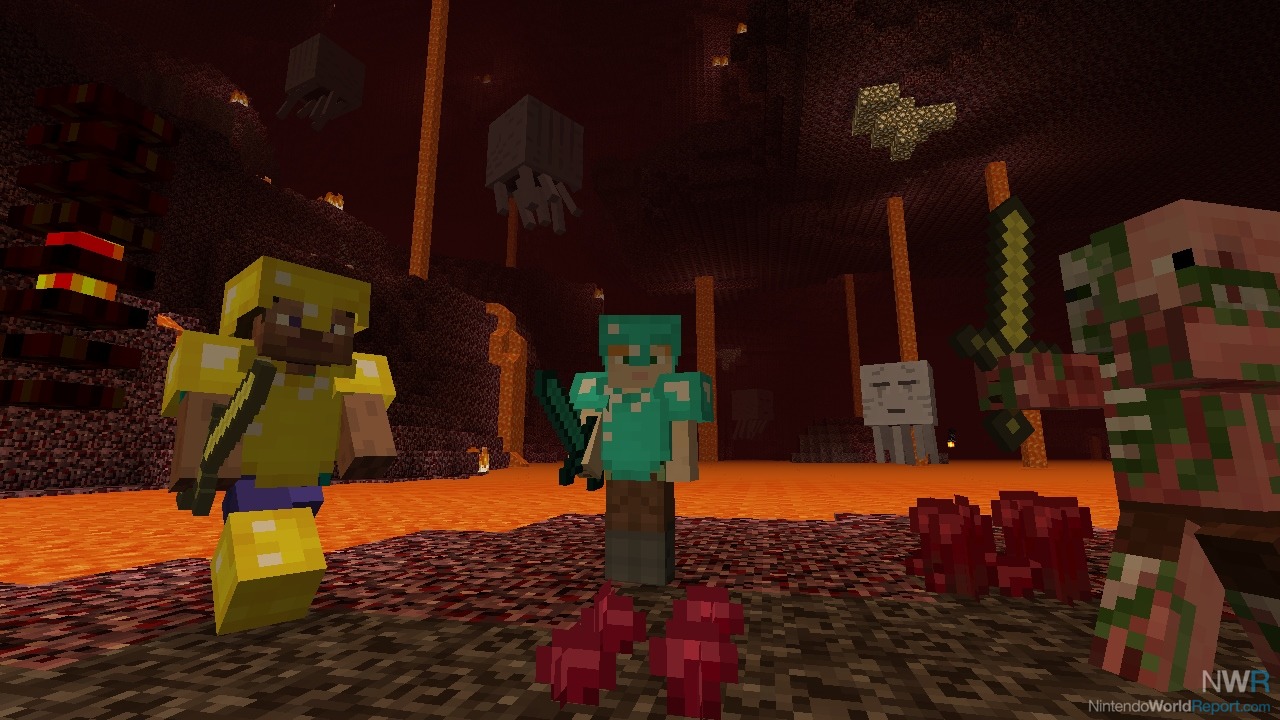 As ports go, Minecraft: Wii U edition is technically rock-solid. The game has a steady frame-rate, great colors, and supports all of the major features of the versions on competing platforms, including 8 player multiplayer online (and 4 player local). This version of the game shares a very similar codebase to the Xbox 360, Playstation 3, and Playstation Vita games. This is to say that things are a bit limited compared to the Xbox One and Playstation 4 versions, and a far cry from the endlessly modded PC edition.

So is there anything specific to note about the Wii U version? Well, sure. It supports the Wii U Pro Controller for local co-op, but not the Wii Remote or Classic Controller. It doesn't allow you to manage your inventory using the touch screen, but it does allow you to select UI buttons with the stylus. I wasn’t able to test the multiplayer (online or local) but I did some research and there haven’t been any issues as far as I can tell. Off-TV play is available, or you can make the GamePad display a static Minecraftian image based on the texture pack you’re using. This is a perfectly competent version of Minecraft, even if it hasn’t been particularly customized for the Wii U platform.

In addition, the game is bundled with a handful of texture packs. These don’t do anything to alter the game, but they can make your world feel new after you’re tiring of your surroundings. There are more, Nintendo specific, themes to come. The potential here is great, as I noted in my preview. 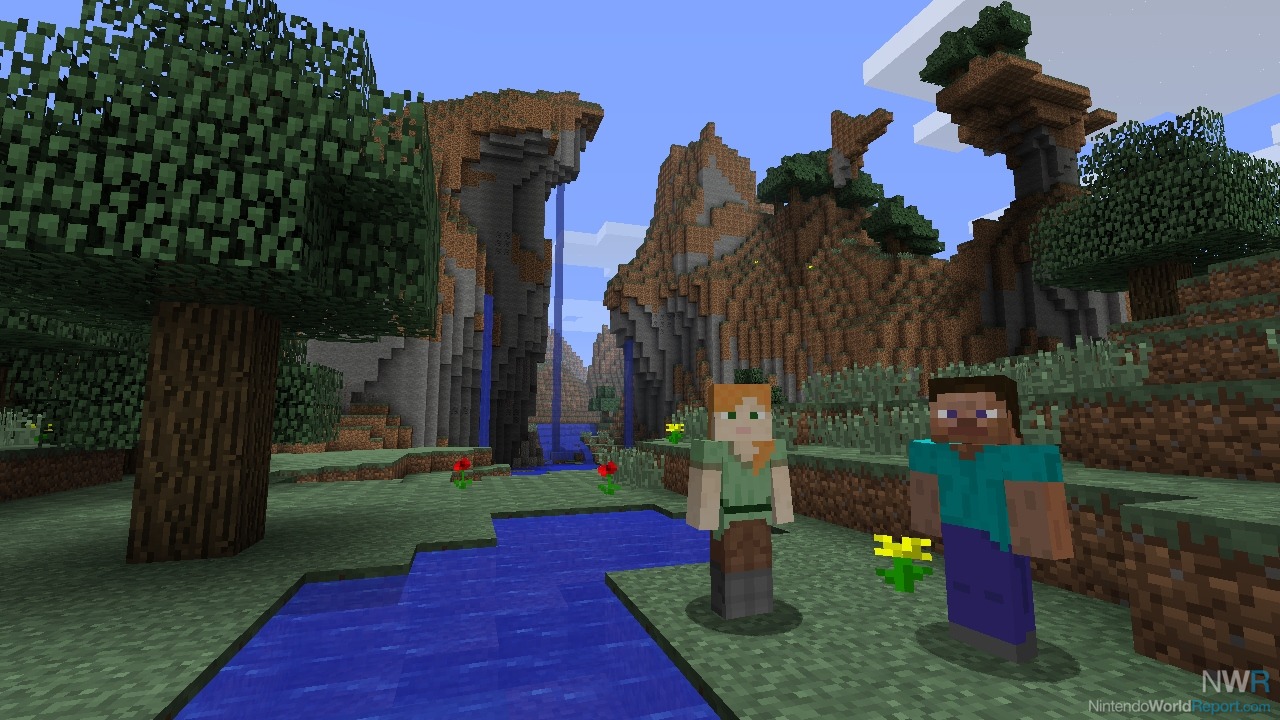 Really, unless you’re brand new to Minecraft, you know what you’re getting here. If you are new to Minecraft, let me do something to assure you that this is a game worth experiencing. There are few games that convey a sense of exploration quite like Minecraft. Really, exploring your environment and shaping it to fit your every whim is the entirety of the game, and it’s endlessly rewarding. It’s one of the most evocative games I’ve ever played, and although it can be obtuse, there’s a fairly robust tutorial and help system built into the software.

It’s a game that has you digging deep into the ground to find… well, whatever is there. Maybe you’ll find some diamond to forge more powerful weapons and tools. Maybe you’ll find the remnants of an underground fortress. It may take a few hours to really understand what you’re trying to do, but when you exit a cavern at sunrise next to a river and feel like you’re truly inhabiting this world that is custom built just for you… there’s really nothing else like it in gaming. It’s not for everyone, but if it’s for you, it’s a gaming experience you won’t likely forget.


Really a shame about the limited controller options. Local Multiplayer is an awesome feature... but requiring Wii U Pro Controllers instead of the much cheaper and more common Wii Classic Controllers meaens it won't see nearly as much use.

Yes, my understanding is that the next generation console versions of the game allow for much larger worlds.  A quick bit of research tells me that those editions contain the capacity of up to 32x the size as the prior gen version of the game.