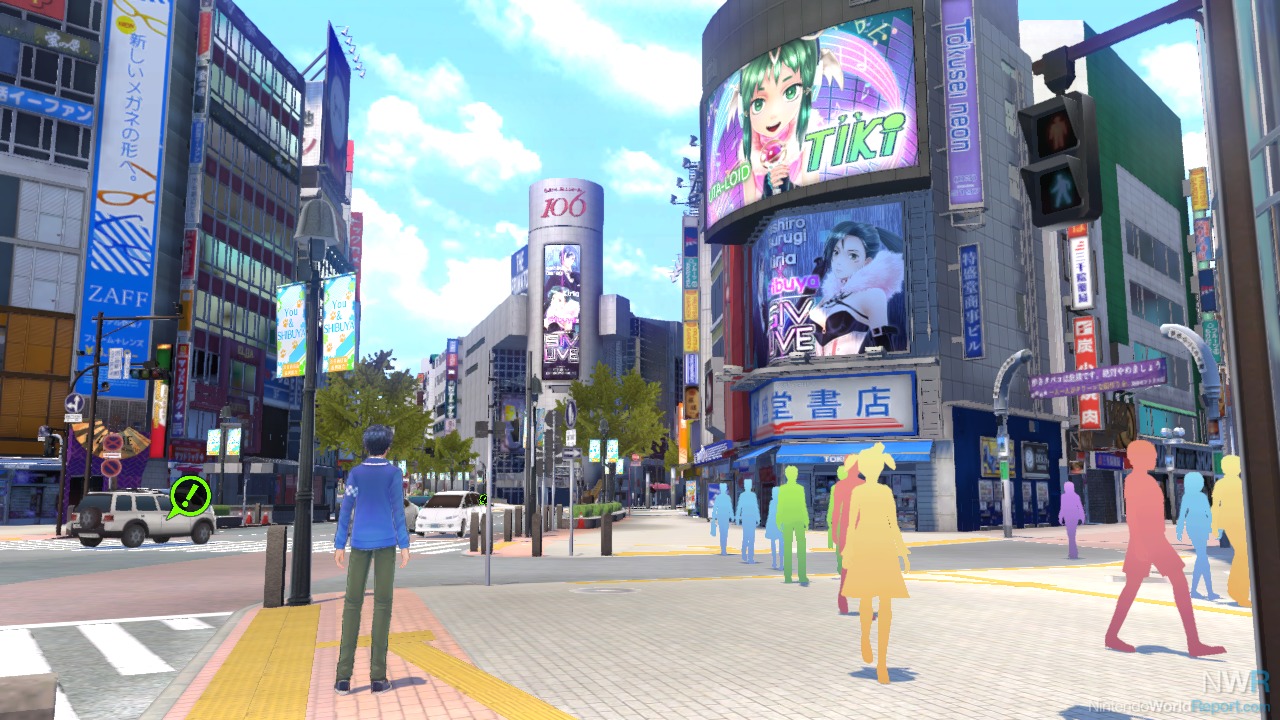 Tokyo Mirage Sessions #FE, the game originally known as Shin Megami Tensei x Fire Emblem, did not turn into the game we all probably thought it was going to be. Did you think it was going to be a Fire Emblem game with SMT characters? Or an Atlus RPG that features heavy collaboration between your favorite characters from each universe? Guess again. TMS #FE is an original title with an original story about Japanese idol music and some Fire Emblem characters thrown in for good (?) measure. In reality, it’s about 60% Persona 3/4, 30% Shin Megami Tensei, and 10% Fire Emblem.

If you have played Persona 3 or Persona 4 (though you understandably might not have because they’re exclusively on non-Nintendo systems), the combat is Persona combat. You and your party of young adults fight monsters in simplistic, mostly procedurally generated dungeons (the same exact type you would see in Persona) and level up by fighting in battles against “Mirages” (think shadows from Persona) and exploiting their weaknesses. In order to fight them, you use your own Mirages (which are directly inspired by Fire Emblem characters like Chrom) to fight them.

Many of the moves are SMT moves (Zio makes a prominent return in the demo, if that tells you anything), and exploiting a weakness allows you to conduct follow-up attacks. There are small tweaks here and there (weaknesses are much easier to identify as is the turn order in combat), but this is straight-up Persona gameplay – no ifs, ands, or buts about it.

The style, while original, reminds me most of the bright and colorful style of Persona 4. At least from what I could tell, the apocalyptic nature of Shin Megami Tensei is not fully represented here, but that's probably going to come at a later time.

Anything Persona is automatically SMT since the former is based on the latter, and in addition to that, the way you explore and move around the world is extremely reminiscent of SMT – specifically Shin Megami Tensei IV. Like IV, the world you traverse is a series of connected-yet-separate areas in a futuristic approximation of Tokyo. You move in and out of areas in the exact same way and you can access dungeons just as easily from this world as you could in IV. If the RPG part is Persona, the world design and real world elements are SMT.

For a Fire Emblem crossover, it’s amazing how little Fire Emblem is represented. As far as I can tell, there are two key aspects of gameplay taken from Fire Emblem. The first is that your Mirages who fight with you Persona-style are based on Fire Emblem characters from Awakening and the very first Fire Emblem game from 1990. I say “based on” because the character writing and personalities don’t seem 100% intact. Chrom is represented as a much darker redesign of his Awakening form, for instance. The other key thing is the weapon triangle from every Fire Emblem games, where some weapon types would be stronger than others; that is represented in gameplay alongside SMT’s elemental weaknesses. There are other small things here and there, but that seems like the bulk of it.

I only got to play the PAX East demo for 10 minutes, so I didn’t get a total grasp of its quality. I had fun, and I see a lot of potential, but I certainly didn’t play enough to get a complete grasp of that fun or potential. That said, I’m looking forward to June 24. As a Persona fan, an SMT IV fan, and a Fire Emblem fan, this seems like a game for me.

I've never played Persona or SMT, I was excited about this because it's a Fire Emblem crossover.
Now I'm worried that if it's only 10% FE will I still enjoy it.
I went from 100% going to buy it a week ago to I have no idea now.
I'll wait and learn more about it I guess.
Maybe I'll watch a few Persona Let's Plays on YouTube to help me decide.

Syrenne said that the game starts out about 9:1 Shin Megami Tensei to Fire Emblem, but by the end of the game is about 1:1

I'll be curious to hear about what 1:1 SMT to FE ends up meaning. Does it transition to more of an emphasis on tactical RPG gameplay, or does it have more to do with the weapon triangle, characters, and themes of Fire Emblem? I'm a fan of all three of these franchises, so I'm fine with whatever the percentages end up being.

Recently started playing Persona 3 Portable and have been enjoying it quite a bit.  Not sure that game lives up to the hype, but the hype was pretty high so it doesn't really need to be that good.


I've been wavering about whether I really care enough to buy this game. My backlog is already full, and Nintendo will surely make a bunch of pointless localization edits and cuts for the Western market. Unnecessary and over-protective ocalization changes aren't a "big deal" per se, but they trigger one of my pet peeves.


(Do I need images of bikini-clad girls littering the walls of a dungeon representing an gradol photographer? No. But at the same time... those images fit the story, are culturally relevant, and actually makes more sense than having them modified to be fully clothed women on display. Why spend the time/money/effort to change something that makes sense and is inoffensive without providing any benefit in return?  Why take a game that is quintessentially Japanese and then waste time with silly changes trying to make it less so?)


Anyway, my personal peeves aside, the game does look good and a preview like this helps revive my interest. I'm also curious about how much Fire Emblem gameplay it has, because none of the previews I've seen showed more than guest personalities from that series.

I think Atlus has gotten the message that, the less stupid Fire Emblem bullshit is in the game, the better.

I liked FE until it became the Persona of Strategy RPGs.

Too bad about the censorship. Not bothering with this.

Too bad about the censorship. Not bothering with this.

Sometimes localization leads to significant changes for all kinds of reasons - to improve a game, to make it easier to relate to, to make the messages and themes more culturally relevant, sometimes just because the people doing the localization are projecting their values onto the work. Usually changes are made for specific business reasons though, and are carefully chosen by the company who is releasing the work in order to maximize profitability. That's not the same as censorship and trying to equate the two is an over-simplification, even though sometimes they can feel like the seem thing.

Despite disliking some of the localization decisions, I don't think this game is being censored and don't believe any core message from the game is being changed. Whether I dislike the changes enough that it affects my interest in the end product is a separate discussion.

I'm still hyped about this, if only for how off the wall bonkers it feels. I can't wait to play it.