Years went by and those sequels came. However, I felt like each new entry in the Star Fox series didn't live up to the standard set by Star Fox 64. I wouldn't call these post Star Fox 64 games bad, but they surely did not live up to the legacy of Fox McCloud’s Nintendo 64 adventure. 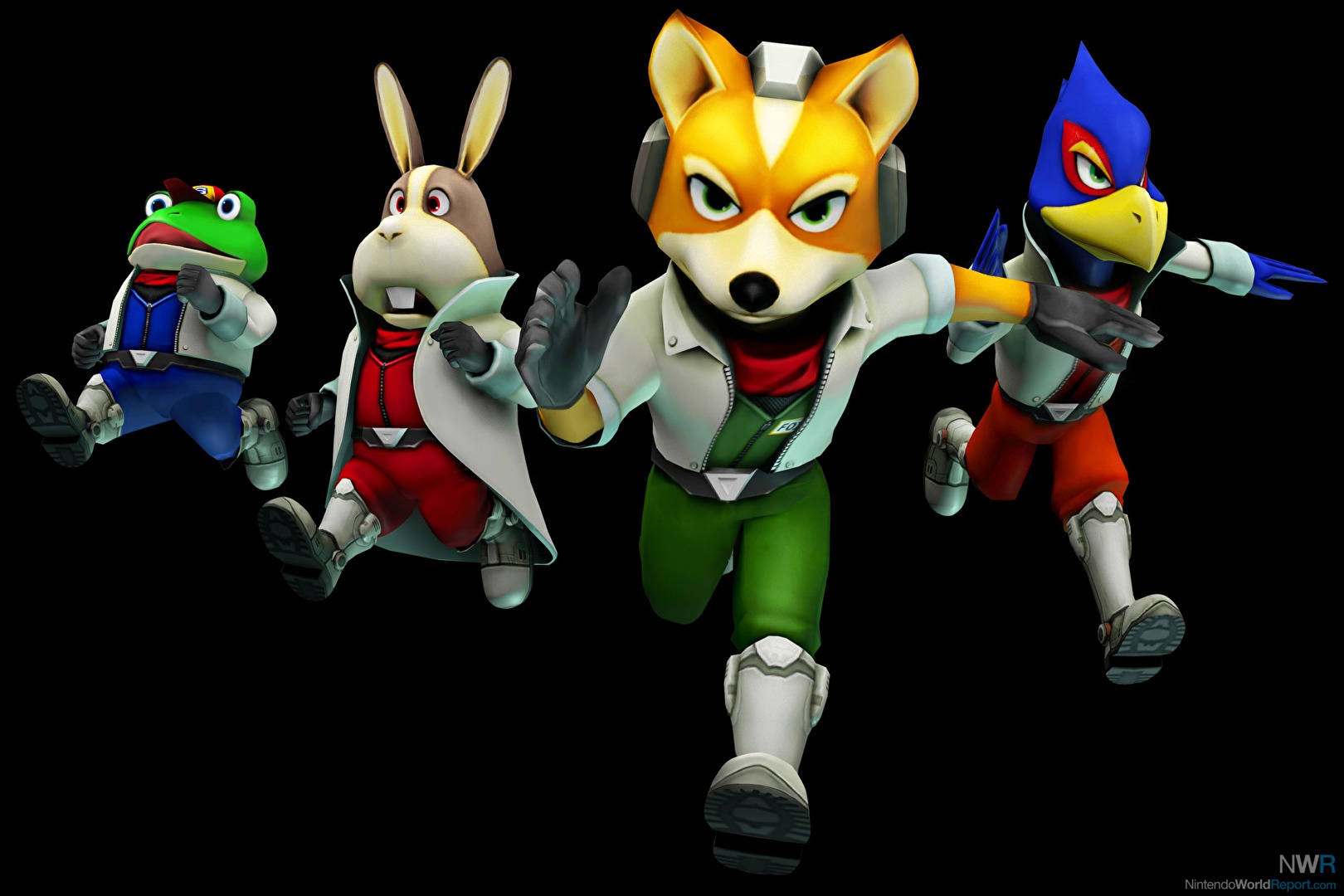 Over the years, I've had a lot of time to think about how I'd like the Star Fox series to evolve on a home platform. I imagine playing a Star Fox game with a single-player campaign that can also be played online with up to three friends. Each player online would have their own routes to fly in each stage and the choices they make could affect players throughout the level. At the end of the campaign, you and your real life Star Fox team could get a team score. Oh, and the game would come packaged with a Star Fox-themed headset for full online voice chat.

Finishing the campaign could earn players money and that currency could be spent on upgrading a player's personal Arwing and Landmaster tanks. Maybe it could also be possible to unlock a Wolfen and other vehicles, too. Need to bring these custom vehicles to a friend's house for local multiplayer? No problem! Save them to a Star Fox Amiibo for an easy transfer.

Local and online free-for-all dogfights would also be fun. However, online could also feature four-on-four team fights. Custom ships, as mentioned before, could make the online battle modes very interesting and deeper than what we saw in previous versions. 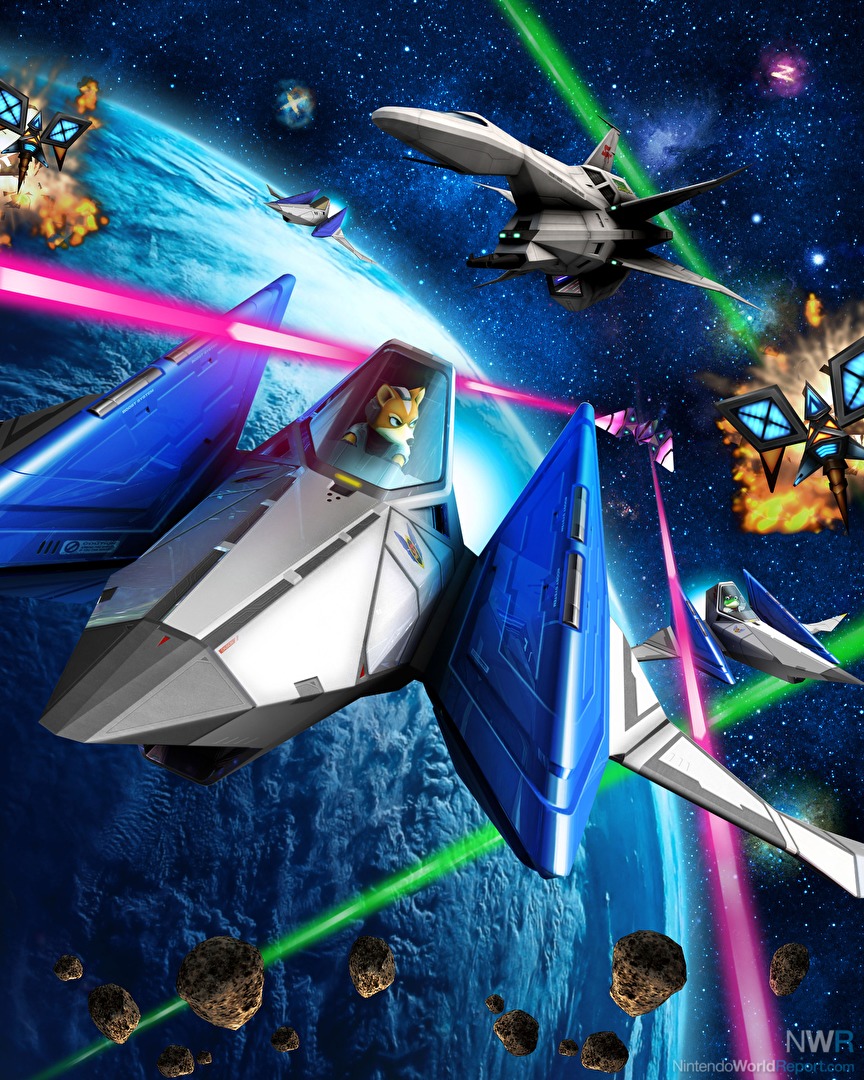 When we first heard about the Wii U Star Fox at last year's E3, these ideas came flooding back into my head. I was getting really excited, but I need to manage my expectations.

You see, Star Fox last year sounded more like a tech demo than a full game. It also seemed like Miyamoto might have been looking around for a team to develop this title with. It's only been a year since the game was shown in an extremely early state. Can I expect the blockbuster Star Fox title of my dreams to be released in only a few more months? Probably not.

It just seems as if not enough time has passed in order to create a Super Star Fox, and don't even get me started on Nintendo's fear of voice chat. The bottom line is that I'm excited for the new Star Fox. Star Fox for Wii U may not be the game I dreamed of, but hopefully it puts the series back on the road to greatness. There is always next time.

As a kid I loved Star Fox 64. Back in January I decided to buy Star Fox 64 3D. Holy Cow! I loved the single play way more than I expected to. However, for some reason they changed the multiplayer mode and I don't like it as much.

These are some AMAZING ideas for a new Star Fox, actually. I hope Nintendo reads them!

Nintendo is prepare to dash your hopes in dreams when the majority of Star Fox on Wii U is a bunch of helicopter missions that play out as some goofy take on Desert Strike.


Personally, I would love to see a privateer-like game, a Star Fox: Freelancer if you will. However, Nintendo has historically not shown interest or expertise in such a direction. But with Xenoblade Chronicles X and The Legend of Zelda on Wii U on the horizon, maybe Star Fox: Freelancer isn't so far off.

All I want is some co-op and I'll be good.

All I want is some co-op and I'll be good.

Miyamoto said one player on the TV would pilot the vehicle, and then a player using the gamepad can act as a gunner.

I have no great love for the Star Fox series, as I believe I have mentioned prior on the boards- but if Star Fox is going to find life, it's going to be as an online title. The arcade style cabal stuff is great and all, and I'm not saying you shouldn't have that in an online mode, but the dogfights are where it's at, and it needs to be pretty as hell. It needs to do something different from other dogfight sims and being set in the future isn't going to cut it.

With games like Sin and Punishment already existing, Star Fox really only gets away with its charm. I wonder how that will transition on the Wii U.

There are so many ideas you can run with Star Fox.


1)  I like playing off the idea of being a Mercenary and making money each level.  This should be explored further, and allow players to buy upgrades for levels instead of finding them.  The catch is...if they take too much damage they lose them...and if they lose them they are gone permanently.  Limit how many upgrades can be bought per level to one or two and it will give players a special and unique goals.  Can I be beat the game with no upgrades.  Can I beat the game with a super powered ship that hasn't lost a single upgrade?


2)  Multiplayer games need to be 100% free space, but they do need that "free range limit" that Star Fox 64 had.  The levels can be bigger but the feeling of being boxed in to the fight is great and makes it more intense.  Perhaps making that border visible could allow for some unique play experiences.  Maybe flying on the edge of the board to avoid some target logic missiles or something.


3)  Team matches and individual matches are a must.  But team matches need another objective.  How about a capture the flag type game, where you are rescuing people (Choplifter Style) from the enemy base.  The enemy can even have multiple bases and you can hide/place the captives however you want.


4)  Multiple vehicles in multiplayer mode is a must...and perhaps getting in and out of vehicles.


5)  Traditional game needs to be modeled after Star Fox 64, but have 4 built in paths for each level, that allow you to play as each squad member for replay-ability.  These additional paths can be unlocked after beating the game, and can be viewed as hard modes or challenge modes in a way.

Just a wild thought when thinking up Nintendo E3 predictions:

What if Star Fox Wii U replaces the anthropomorphic animal characters with humans? And still kept the Star Fox name?

I doubt the "odd" places of the internet has influenced Nintendo to not see any value of keeping the characters of the Star Fox series as they are now. Heck, it would be hypocritical with all the fan art Splatoon is attracting. Just wanted to put the question out there for some fun discussion.

Personally, I don't care enough either way. For the fans, it would be best for the next Star Fox to not have such a drastic shift.

the thing about starfox is with wii u we can really make puppets look real with cg.....

Just a wild thought when thinking up Nintendo E3 predictions:

What if Star Fox Wii U replaces the anthropomorphic animal characters with humans? And still kept the Star Fox name?

I doubt the "odd" places of the internet has influenced Nintendo to not see any value of keeping the characters of the Star Fox series as they are now. Heck, it would be hypocritical with all the fan art Splatoon is attracting. Just wanted to put the question out there for some fun discussion.

Personally, I don't care enough either way. For the fans, it would be best for the next Star Fox to not have such a drastic shift.

I don't see the value of the removing the characters.  Human characters would just make the game more generic.  Plus Star Fox characters, as is, are featured in SSB so they've maintained a certain familiarity with gamers even if the Star Fox series has slipped.

Early on in a series a sequel can have an obvious direction to go in.  When I was playing Star Fox 64 I can thinking "Man, it will cool next gen if you can go through the story mode with four players playing the members of the squadron."  It's an obvious idea that the tech at the time probably wouldn't allow for and online play would really make it work.  I kind of did get it but not from Star Fox.  Star Wars: Rebel Strike features a two player split-screen version of Rogue Leader and THAT was pretty damn close to what I wanted.  Hell the Cube Factor 5 Star Wars games pretty much filled the Star Fox void for me.

I see one problem.  The Cube generation was probably the last one where a game like that would be accepted as a full-priced retail release.  Fun is fun and it shouldn't have to be this way but it just seems like a game like that is too arcade-like to be accepted today.  There's a part of me that feels like Star Fox's time has come and gone and Nintendo blew their last chance.  I think the template of games like Rogue Leader or Crimson Skies would be the route to take but it probably has to be a budget release or a download title or maybe a handheld title.