This old war dog could learn some new tricks.

The stealth focused real-time tactics games of PC have experienced a bit of a comeback in recent years, with developer Mimimi Games’ Desperados III making a big splash at the tail end of 2020. I absolutely loved Desperados III, as well as Mimimi’s previous outing in the genre: Shadow Tactics: Blades of the Shogun. So when I learned Commandos 2—one of the most influential titles in this subgenre—was being remastered by Yippee Entertainment! and being ported to Switch, I knew I had to try it. Unfortunately, outdated design, poor controls, and poor quality of life features sabotage this PC classic.

The premise of Commandos 2 is simple: you play as a small set of uniquely skilled Allied commandos infiltrating bases and thwarting Nazis. As a real-time tactics game, most of the experience revolves around creatively problem-solving enemy dense zones by carefully dispatching unlucky soldiers while avoiding detection from their ever-present view-cones. Each of your characters specializes in a certain niche. For instance, the Sapper is a British demolitions expert detecting enemy mines and deploying mines of his own; the Green Beret is your typical All-American muscle who can dish as much damage as he can take; the Thief is fast, agile, and limber, with tools up his sleeve to get in and out of places undetected. As the game progresses, you’ll be introduced to more and more characters that will expand your options for completing each objective. 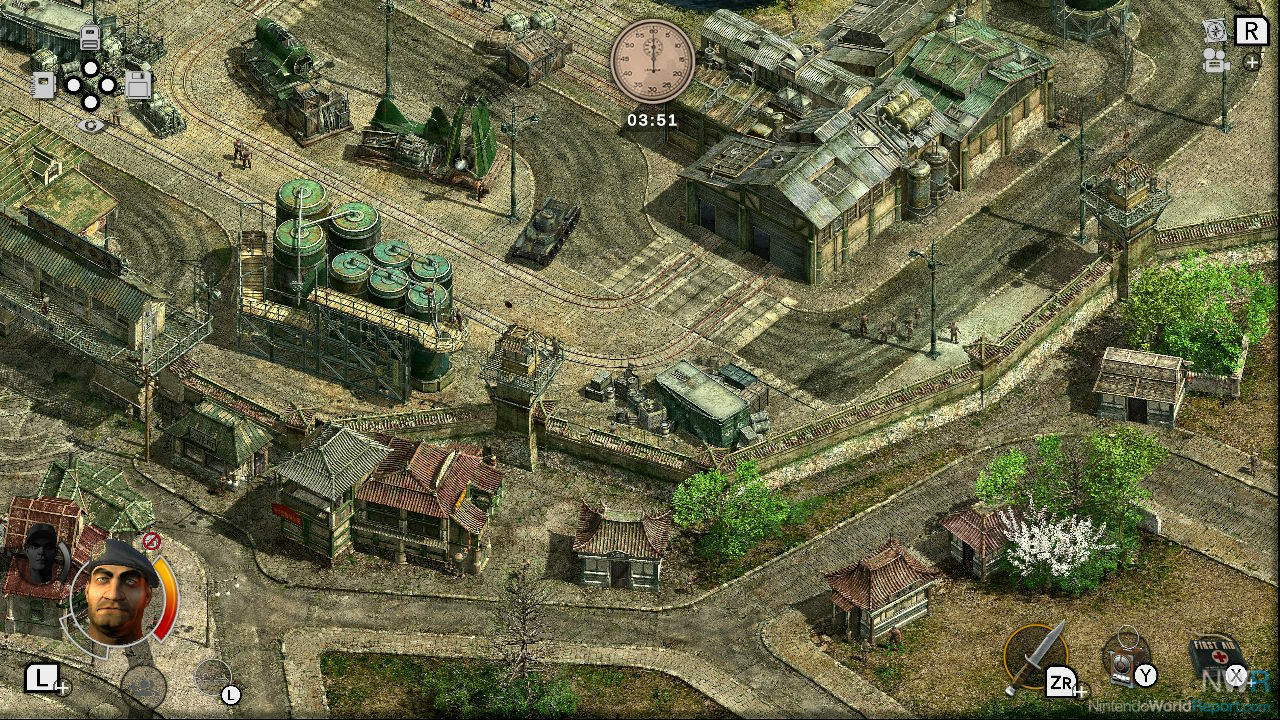 Objectives are detailed in the intro to each mission and displayed in the pause menu, and yet I found it difficult to keep track of them. Levels are designed pretty openly, leaving the angle of approach in the hands of the player. Some may prefer this, but I enjoyed the tailored maps of the Mimimi-developed titles since they naturally guided me towards the main objectives. I regularly found myself blindly crawling around and knocking out Nazis around the map without the assurance that I was on the right track.

Though guns, bombs, and knives are weapons in your toolkit, the scenarios play more like puzzles than shooting galleries. These puzzles can be head-scratchers leading to many deaths and thus many failures. In fact, much of Commandos 2 is an exercise in trial and error. This is by design and it is mitigated by easy quicksaving at the push of a button.

Alas, if only the loading were as convenient. It’s easy enough to load a quicksave, but it’s nowhere near as fast as it should be. Loading takes about five or more (typically more) seconds to throw you back in the action, which severely slows down the pacing and makes the more difficult sections a headache-inducing slog. For comparison, both Desperados III and Shadow Tactics loading times are nearly immediate,avoiding this problem. My guess is that the Switch’s hardware is just not powerful enough to load in as fast. 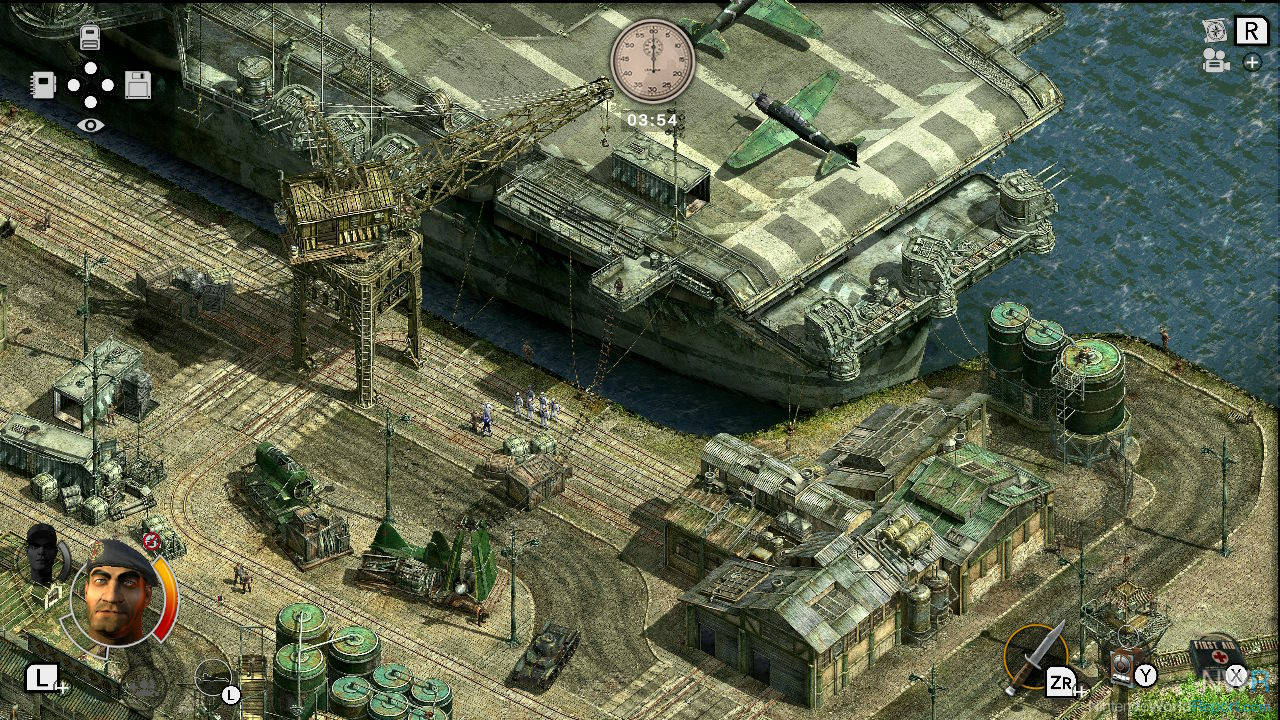 Speaking of hardware woes, the controls just feel off on a traditional controller. Obviously, the original game was built around mouse and keyboard with RTS-style controls built around hotkeys, cursors, and clicking. The Switch port makes a commendable effort of translating the controls to a gamepad which, among other changes, replaces clicking to move with the left thumbstick directly controlling the characters. It’s a compromise that functionally works, but isn’t optimal.

As much as it pains me to say, Commandos 2 is not the game I was hoping for. Perhaps I’ve been spoiled by modern games that built upon this predecessor, perhaps it was the clunky translation to console, or perhaps it was simply my impatience with the frequent loading times. Whatever the reason, this legend of the genre fell well below my expectations. If you are a fan of the original game, then by all accounts this remaster does wonders for the visuals and would probably be an easy recommendation. In this case, do yourself at least the favor of avoiding it on Switch.