Multiple people may not find their fix, but these 51 games are perfect for one-on-one action. UPDATED: Now with a score!

51 Worldwide Games, known in America as Clubhouse Games: 51 Worldwide Classics, is one incredible prospect. With 51 classic games in a singular package, there is a lot on offer for those who play well with others. While not every single game is an instant hit, there is a lot of good to be found in this massive collection from around the world. Sports, board games, card games and fun oddities are all present for some long nights of fun!

Let's begin with addressing what is the biggest flaw of this game: the overall lack of 3- and 4-player games on a singular system. Honestly, it is completely understandable that some may find that hard to swallow. With a mere three options (Ludo, Blackjack and Chinese Checkers), your whole experience basically comes down to taking turns. When playing with others using multiple Nintendo Switch systems, being it locally or online, that side of things becomes a lot more palpable. Still, though, Nintendo and developer NDCube certainly could have expanded the offerings here. 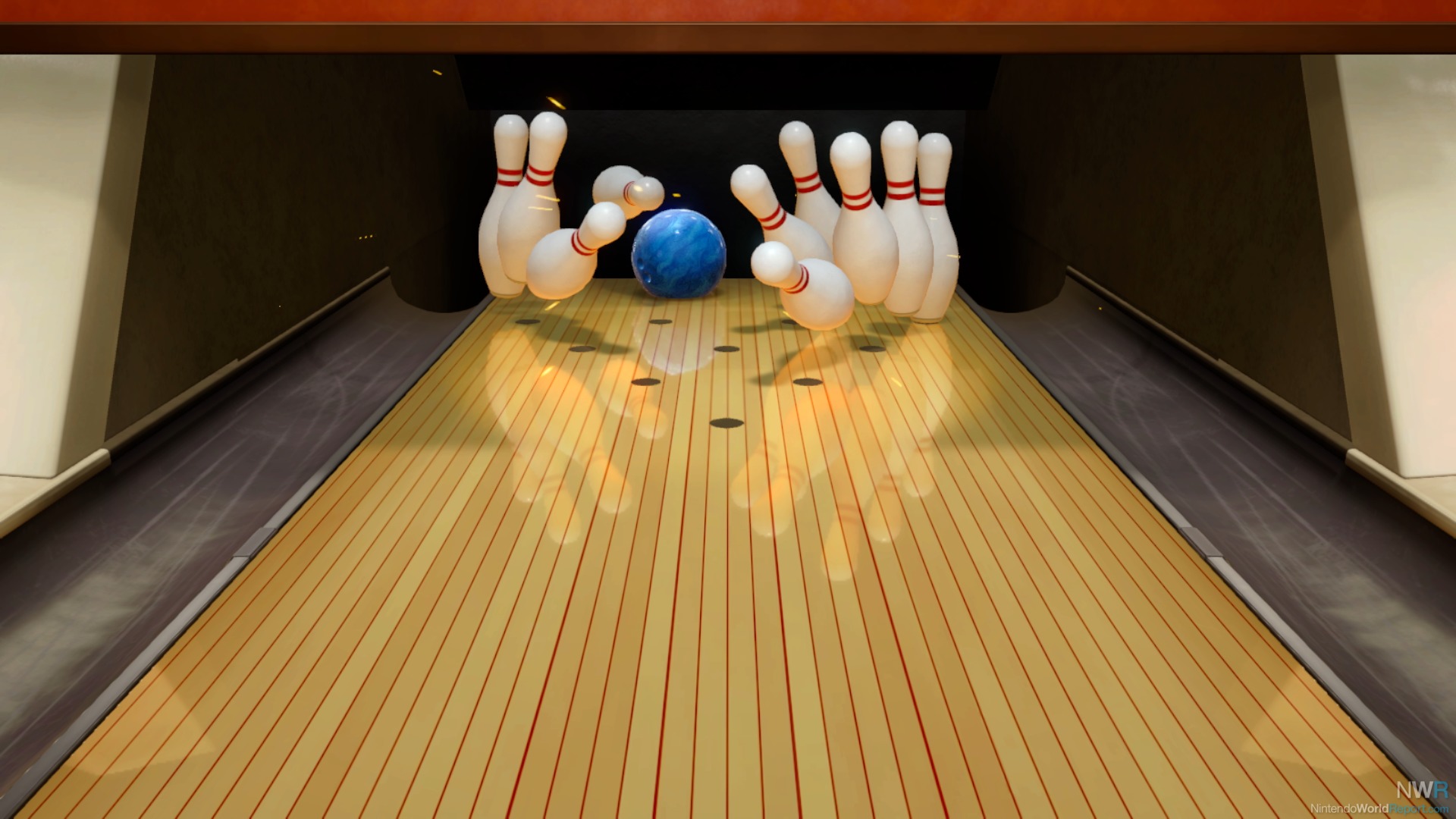 However, outside of that specific bubble, I can't ignore how much fun I had with 51 Worldwide Games. The selection of games is inspired with a little something for everyone. All but the four single-player games can be enjoyed with a friend, allowing for some long multiplayer sessions. With a family member at the ready, we found that at least half of the games resonated with us. Some games work better with others, but there is overall little annoyance or dissatisfaction. The biggest hit in our circles were the Toy sports games. Toy Baseball made us lose our minds against impossible odds, while Toy Football/Soccer proved to have more depth than a regular foosball table.

In addition, I discovered many games for the first time, which made me even happier. Thanks to Clubhouse Games, I finally got the hang of Hanafuda. Well, more specifically the game ''Koi Koi''. The title does a great job explaining the various aspects of some of the more obscure games. The explanations within Hanafuda and Shogi made me actively a better player, even if it took some trial and error. Speaking of learning, most games offer cheat sheets or assist functions to help guide you through unknown waters. The developers wanted to make it as welcoming as possible, which they pulled off to great effect.

The only major game that didn't click with us was Ludo. For the many rule sets and options that these games have, Ludo felt awfully slow. This is not a board game problem as games like Chinese Checkers, Chess and Shogi work perfectly in most situations. Most of the games allow you to tweak rules, change winning conditions and in some rare cases change up the design. Ludo's failure is that you can't speed up the process when playing with others, making for a game that takes forever to get going. In the same respects, Darts didn't grab me personally. While others in my family enjoyed it, I simply couldn't get the control scheme down. 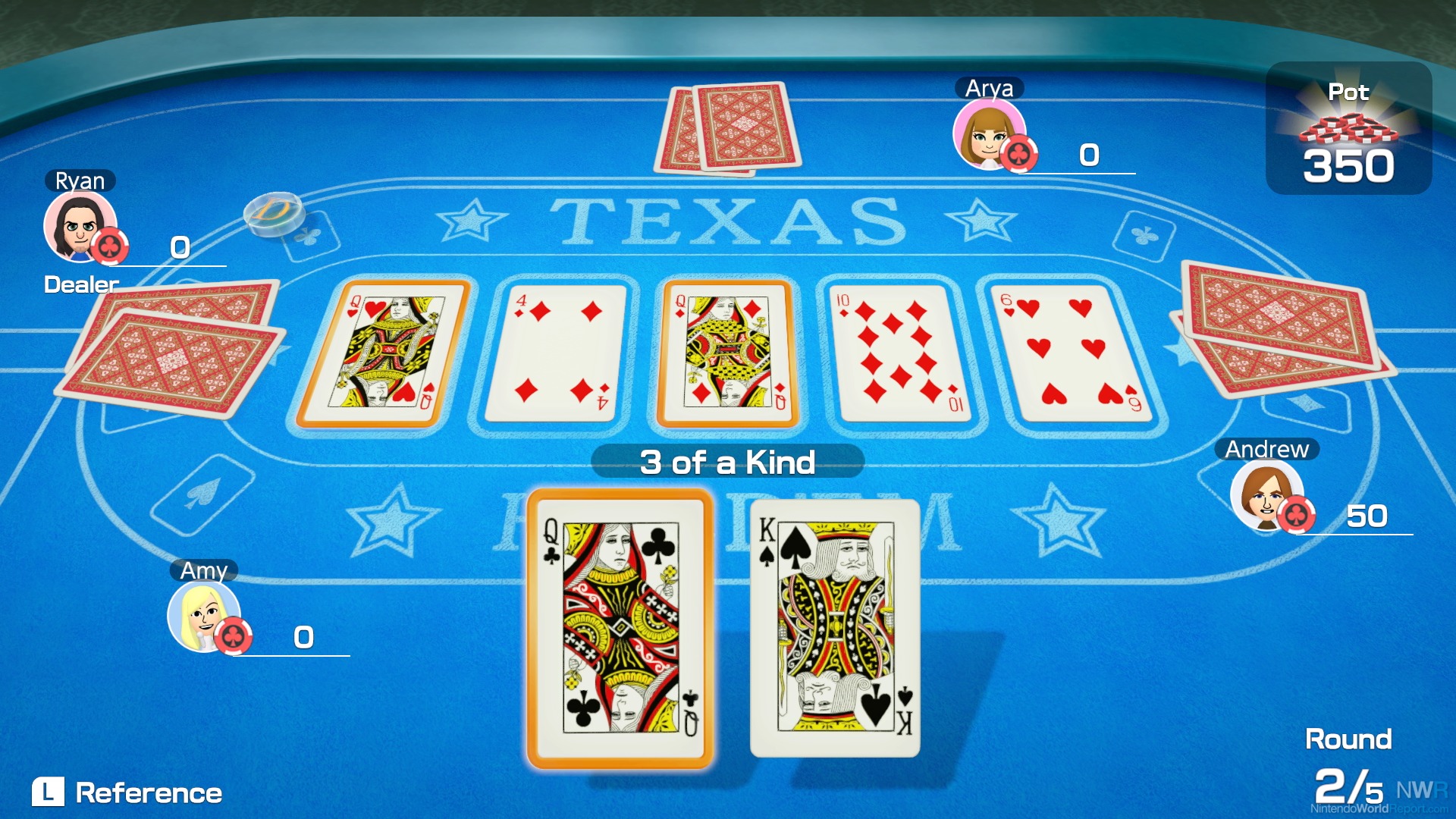 Outside of the many multiplayer offerings, there is a decent amount to do as a single-player. Every game offers specific goals for you to shoot for, which translates in fun facts and a more completed medal chart. The medals and records are even represented on your profile, allowing you to brag and challenge your friends even further. This makes the lack of more global leaderboards a slight bummer. That being said, it is remarkably rewarding to beat the AI on every difficulty level. The highest CPU difficulty, Impossible, has a chance of making you cry. When you make one mistake in say Matching, the AI is relentless and finishes you off right away. As mentioned before, there are some single-player games as well. Sliding Puzzle, Mahjong Solitaire, Klondike Solitaire and Spider Solitaire are almost endlessly replayable. They are a fun companion when you're looking to play something quick, or waiting for your next online match.

Speaking of which, let us talk about the wireless and online multiplayer options. With multiple copies of the game, nearly most of the games can be enjoyed across multiple Nintendo Switch units. That being said, there is a free Guest Edition available for seven games that can't be enjoyed on a singular system. Most of the card games and Riichi Mahjong would be completely pointless otherwise. This way, you can still do almost everything, regardless of how you want to play. When it comes to online, I mostly had positive experiences. No matter if I played internationally or with someone in Europe, the connection was mostly able to keep up. There were a number circumstances where the gameplay suffered from heavy lag, but that didn't stop me having from fun. This didn't happen often enough to hamper my overall experience.

51 Worldwide Games has a quite a clean look. Players can select their games from a globe with game guides, a row with detailed information or a screen filled with icons. Regardless of how you play, it is easy to hop into a game and go. Every game comes with a little introduction from a family, who give you a general overview of the game you're about to play. The four characters will sneak in some hints, and help you give the first important pointers. The games themselves look very lively, with nice backgrounds and effects. Some might call it realistic, but overall, Clubhouse Games does look real crisp. There is some great background music as well. The Four-in-a-Row, globe and introduction/credits songs immediately come to mind.

51 Worldwide Games really came as a surprise. With 51 games to choose from, I wasn't lacking in choice. More than half of the games I kept playing almost every day, with others being picked up ever so often. Naturally, there could've been more 3- or 4-player offerings for you to play, but that doesn't diminish the fun we had. What helps is that the games are well represented, offer small tweaks and offer crucial information for newcomers. In a multiplayer setting, be it locally or far away, this game is one of the better offerings on Nintendo Switch to date. This is where many will get the most mileage out of this new Clubhouse entry.