51 games, four players, three ways to play and an endless string of fun. 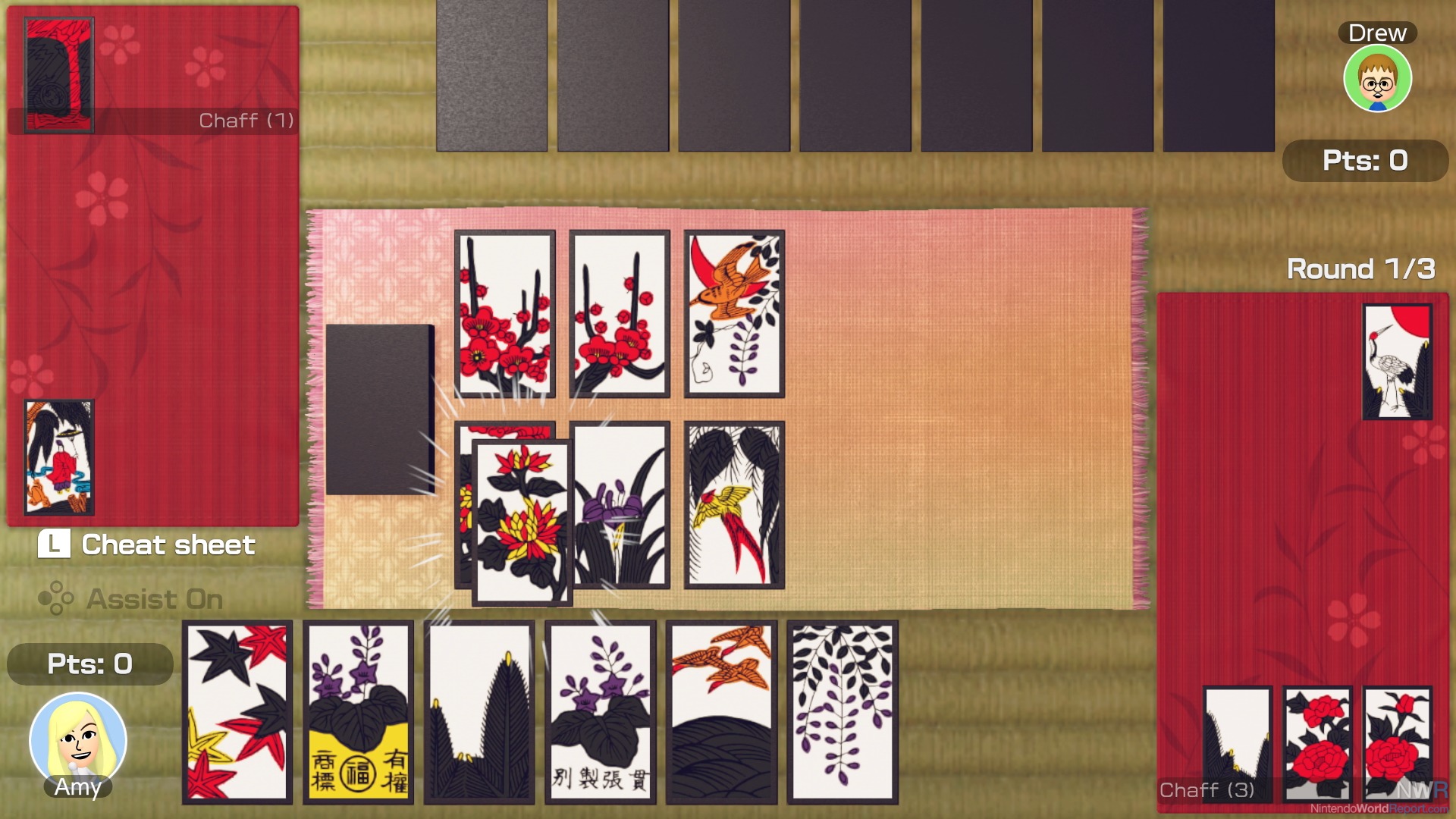 42 All-Time Classics is one of my favorite Nintendo DS games ever made. It was a rather classy collection with various board games, tiny versions of sports and a rather flawlessly multiplayer system. 51 Worldwide Games, known in America as Clubhouse Games: 51 Worldwide Classics, promises a broader selection and a bigger focus on playing together. So far, it seems to pull off that fairly well, though there are a few concerns as we inch closer to its release.

The foundation of 51 Worldwide Classics is simply impressive. The 51 games offer experiences with different types of groups, particularly a two player setting will be the most out of the package. All but four games can be played with a friend, allowing for some long nights of local and online multiplayer fun. When I had a family member around, we found ourselves getting into Takoyaki wars and Toy Baseball showdowns. The games are simple to understand, and make for some excellent back and forth action. We discovered board games we've never played before and now always want to return to.

The selection of three or four player games are less well rounded, with card and board games being your main way for playing with a larger group. You also have to take into account that some of the games require additional Nintendo Switch consoles, plus a special downloadable app, to get rolling. Blackjack and Chinese Checkers are perfectly well suited for one console, though Ludo proved a little stale in the grand scheme of things. Even with the options to make the games pass by faster, it felt like one of the weaker offerings included. Personally, I think that Nintendo and NDCube could've gained by including games for bigger groups. 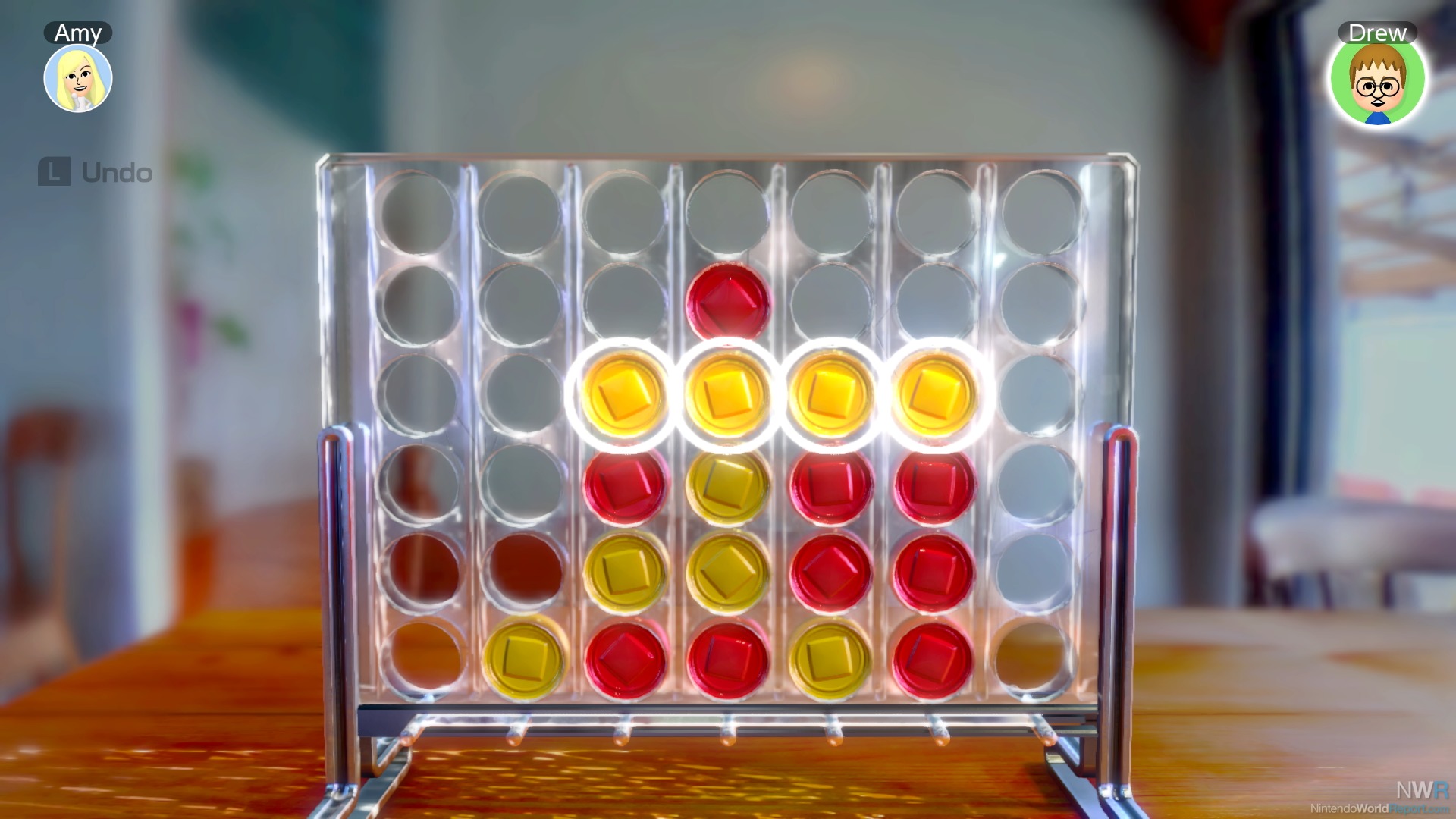 Overall though, the selection of games is frankly quite nice. There is a solid selection of all-time favorites, some unknowns and some fairly entertaining surprises. For my family members, the Toy sports as well as the one-versus-one board games proved an instant hit. Toy Baseball offers a surprising amount of depth and we screamed from the top of our lungs with every hit. On the other end of the spectrum, the room would grow silent as rounds of Draughts/Checkers grew intense. There is a fine line of action, strategy and exciting moments that really makes the package a fun one.

The one game that I fell in love with during my playing sessions is Hanafuda. It offers a version of Koi Koi that helps you understand all of its parts. The card game offers cheat sheets for all the combinations that you can make, and the steps you need to take to get there. Another favorite is Chinese Checkers. When lining up the pieces a certain way, you can cross the terrain and make some incredible plays. Every time I nailed a move, I got pumped all over again. That game, more than anything else, is all about thinking your moves carefully through. The action in between is a means to an end.

Outside of Ludo, I didn't like Darts very much. The motion controls felt off most of the time, which is strange as Bowling and Shooting Gallery are perfectly fine. Maybe it has something to do with the control scheme, which is an accurate representation of real-life, but it never felt quite right to me. Speaking of Bowling, I got straight up Wii Sports vibes, which is never a bad thing. The way you position yourself is actually way better than in Wii Sports, though some of the magic isn't exactly there. The Shooting Gallery is a bit short, but the sections will remix every time, ensuring that not one run is the same. 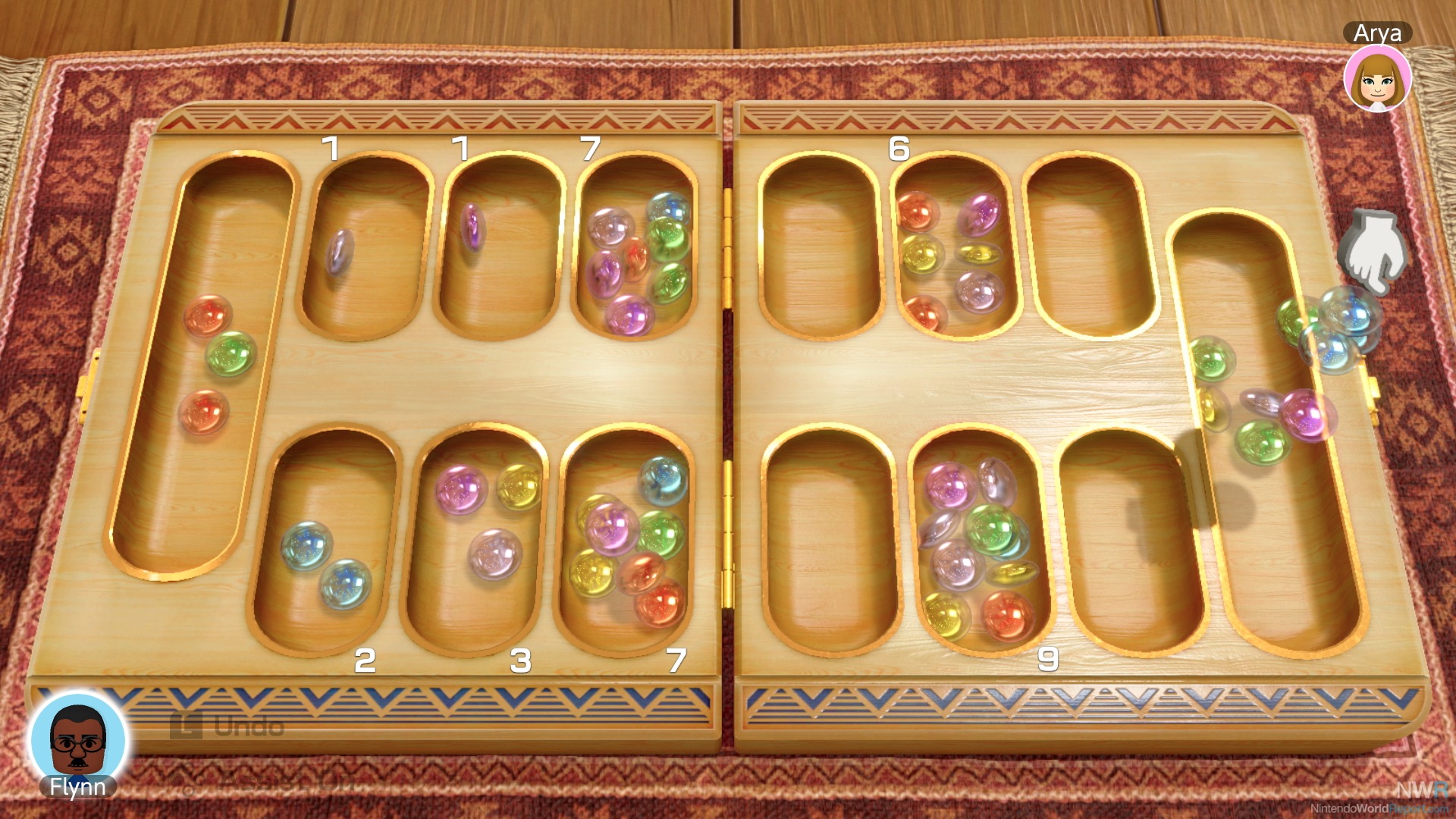 When playing on a singular console with friends, you will be forced into using Joy-Con controllers. From a certain point of view, this does make sense as the simple button inputs allow everyone to understand the rules quicker. That being said, I weep a bit as I have multiple Pro Controllers always already to go when a family member wants to play for the long haul. For those quicker sessions, where we are almost always with two players, it is nice to take the controllers from either side and start playing right away. Even better is that some can be played on the Nintendo Switch screen itself. A select number of games support touch inputs, making the entry level low enough for anyone.

In addition to single and multi Switch multiplayer, there is naturally online as well. It is actually straightforward, even more so than other Nintendo offerings. If you want to play with random people, you can select three one to three games and find people with the same interests as you. You can even select games that are being heavily played, which are marked with an orange icon. This means that you will be able to jump into a game right away without hesitation. If you aren't sure what to play, there is a random option, which throws you into the first game that is available.

With playing with friends, the online mode offers a lobby system where up to four people can join together. The leader of the lobby will be able to choose the game, so that you can keep playing basically non-stop. Sadly, the connection was a bit over the place. While most European connections presented no problems, there were some less than glamorous moments when playing internationally. Naturally, it is still early days when it comes to 51 Worldwide Games, so I have to see how things develop in the coming weeks.

Outside of online, what is there exactly to do for the solo player? Actually, there is quite more than you would actually think. Every game offers specific goals for you to shoot for, which translates in fun facts and a more completed medal chart. It is actually quite a journey to finish every possible goal as the AI isn't phoning it in. The Amazing and Impossible CPU opponents make such near perfect plays, and luck could be the only thing that can save you. I am having a blast being challenged while I unwind and have something on in the background. There are some exclusive single-player games as well. Sliding Puzzle, Mahjong Solitaire, Klondike Solitaire and Spider Solitaire are almost endlessly replayable. They are a fun companion when you're looking to play something quick.

51 Worldwide Games has a fairly clean look. Players can select their games from a globe with game guides, a row with detailed information or a screen filled with icons. Regardless of how you play, it is easy to hop into a game and go. Every game comes with a little introduction from a family, who give you a general overview of the game you're about to play. The four characters will sneak in some hints, and help you give the first important pointers. The games offer handy How to Play guides and assist functions as well. Most games are lovingly presented with fun details just outside the playing area. There is nothing deep about it, but everything looks nice. The music is fairly catchy as well, bringing you in the right atmosphere to play.

51 Worldwide Games leaves a fairly strong impression. There are some reservations I have, but the overall package offers a lot of value. The games are well represented, offering tons of information for the newcomers. The game seems to focus a lot on one-on-one action, which might be a slight bummer for some. Personally, however, I've been impressed how my family has grasped on to it. The boardgames as well as Toy versions of sports are getting mileage, creating some grand moments in the process. Another thing we have to keep tabs with is online, though the first indications are good. With a clean look and some cool playing options, this new Clubhouse is leaving us smiling.