SEGA’s back catalog continues to find a comfortable home on Switch.

Horizontal shooter Thunder Force AC is the second game in the series to be released on Nintendo Switch courtesy of the SEGA AGES initiative, the first being Lightening Force: Quest for the Darkstar (review here). AC is an arcade port of Thunder Force III, which originally released on the SEGA Genesis in 1990. Thunder Force AC itself was actually ported to the Super Nintendo under the name Thunder Spirits, and this port also incurred a number of changes in the transition. Confused yet? Let me simplify things. The SEGA AGES release of Thunder Force AC is a fun, familiar, and fully loaded version of a classic game, and it continues to show why nearly every AGES release is worth picking up.

Across eight missions, you fly through a variety of alien worlds filled with unique enemies that each culminate in a boss fight. The base difficulty provides a solid challenge, but there are a lot of ways to tailor the experience to your skill level and preference. First up, there is an Arcade mode that seems to simulate the experience of Thunder Force AC’s original launch. The next mode is the unfortunately named Kids Mode, which makes for a much smoother ride through the game as you don’t lose weapon power-ups upon dying, enemies take fewer shots to bring down, and you begin each new life with a shield. In both modes, you can also choose from four difficulty levels, slightly alter the number of lives each credit bestows, and even raise or lower the point total required for earning an extra life. 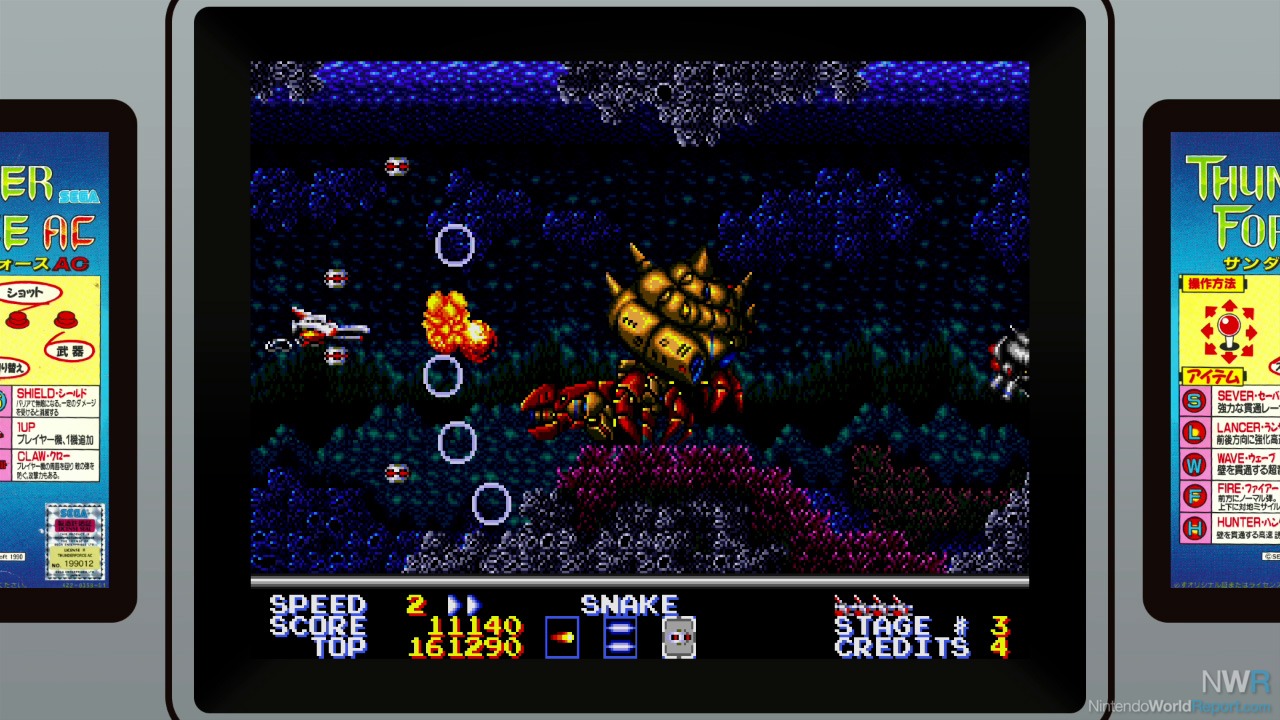 Gameplay doesn’t deviate too much from your standard shoot-’em-up, with this one focusing more on dodging obstacles and maneuvering around enemy ships rather than dancing through a bullet hell. In addition to five different weapons and upgrades to each one, you can also pick up a pair of CLAWs, which are like little assist robots that orbit your ship and provide extra firepower. While the stages mostly scroll horizontally, there are segments where the screen moves up and down or back and forth, even diagonally, all of which add an interesting wrinkle to the formula. You can change speeds through four settings, and you’ll have to in order to navigate some of the segments where the screen scrolls even faster than normal.

The SEGA AGES UI continues to be superb, with clear menus for the new modes, online rankings, and saved replays. This AGES version adds three unlockable ships from other Thunder Force games, such as Rynex from Thunder Force IV. A sound test is especially welcome given how sweet the game’s chiptune music is. You can also save your progress through a run, but there’s only a single save slot and using it prevents you from uploading the score from that run to the online leaderboards. Visual options and a host of screen backgrounds, including arcade cabinets, round out the presentation elements. 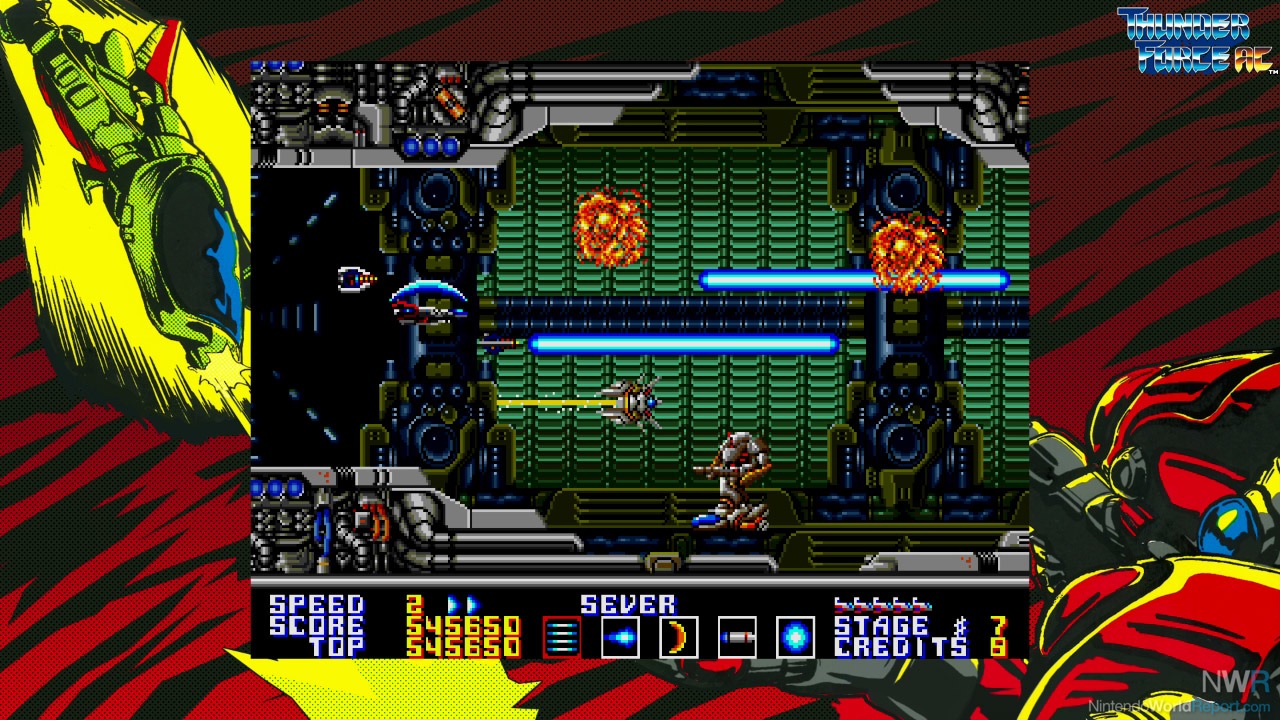 SEGA AGES Thunder Force AC isn’t a must-own shooter, but it’s a solid one that fans of the genre will really enjoy. The final boss is a bit of a letdown, but the leaderboards and unlockable ships add decent replay value. The accessibility options are robust, too, as we’ve come to expect from these classic SEGA re-releases. Although Thunder Force IV, which released as Lightening Force: Quest for the Darkstar is the better game, its predecessor still manages to bring a healthy dose of shoot-’em-up goodness.