Lightening Force: Quest for the Darkstar is one of the first two games to arrive on Switch under the Sega Ages banner, a virtual-console like offering of Sega’s back catalog. This horizontal shoot ‘em up or “shump” is known as Thunder Force IV outside of North America. I love to think that for the North American version the choice of “Lightening” vs “Lightning” is an intentional over-emphasis of syllables for dramatic effect. An English professor can dream, but I digress. Lightening Force was originally released on the Sega Genesis/Mega Drive in 1992, and I am happy to say that the game holds up extremely well 26 years later. 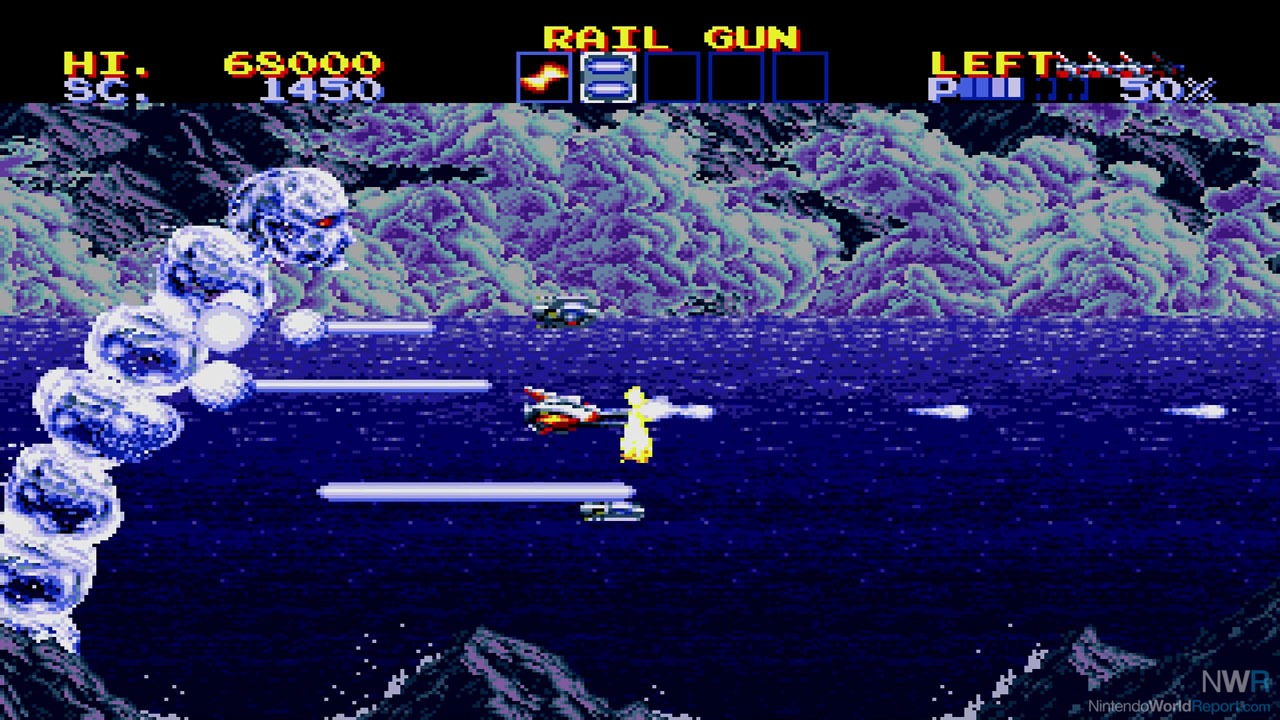 Lightening Force features 10 levels and a variety of challenging bosses and mini-bosses. When you start the game, you are able to choose the order in which you complete the first four stages, which is a cool twist on the shmup formula. You control a ship called Rynex that has the ability to fly at one of four movement speeds to help you maneuver through each stage. You begin the game with two weapons: twin shot, which fires two streams of bullets forward, and back shot, which fires one stream forward and one behind you. These two primary weapons can be upgraded to make them more powerful, and you always have them in your arsenal. There are three other weapons you can pick up that shoot homing beams, waves of missiles, or bombs that fly above and below your ship. Finding these special weapons can make certain bosses and enemies easier to beat, but you lose a life and any weapon pickups when you get hit by enemy projectiles or make contact with obstacles. About halfway through the game, your ship gains the ability to charge a thunder sword attack that devastates minor enemies and looks awesome, too.

The game also looks and sounds great. The music is upbeat sci-fi techno but gets even faster and more intense during end-of-stage boss encounters. Speaking of the game’s bosses, they are all unique and challenging in different ways. They often have multiple forms and parts that break off as you do more damage to them. Some fights leave you feeling trapped against one side of the screen as you carefully navigate around a variety of attack patterns or bosses that fill the screen. The stages in Lightening Force are tough, but the bosses really up the ante, and it’s important that you bring as many upgrades and weapons to the end of the stage as you can. Visually, each level has a distinct look that gives you the impression of fighting a war across the galaxy. From a desert planet to underwater sections and icy caverns, I never knew what would be coming next after the initial four stages of the game. I played the whole game portably and the colours were vibrant and truly popped on the Switch screen. The only issue I had in terms of performance was brief moments of slowdown during more intense gameplay sequences, but fortunately this didn’t occur too often.

The Sega Ages menu is really slick and added a lot to my experience with Lightening Force, starting with 10 separate save states for the game that can be easily accessed at any time. A neat feature was when I loaded up a save state, the game waited a second or so before starting again, which gave me a chance to regain my bearings. I really liked seeing display mode, display effect, and wallpaper options to customize what you see on screen. There are also online rankings (you have to beat the game once before you can post your score) and a manual in the Sega Ages menu, so it’s clear these titles aren’t just going to be straight ports. A final interesting addition is Kids Mode, which makes the game a little easier by allowing you to keep your weapons and upgrades when you lose a ship. 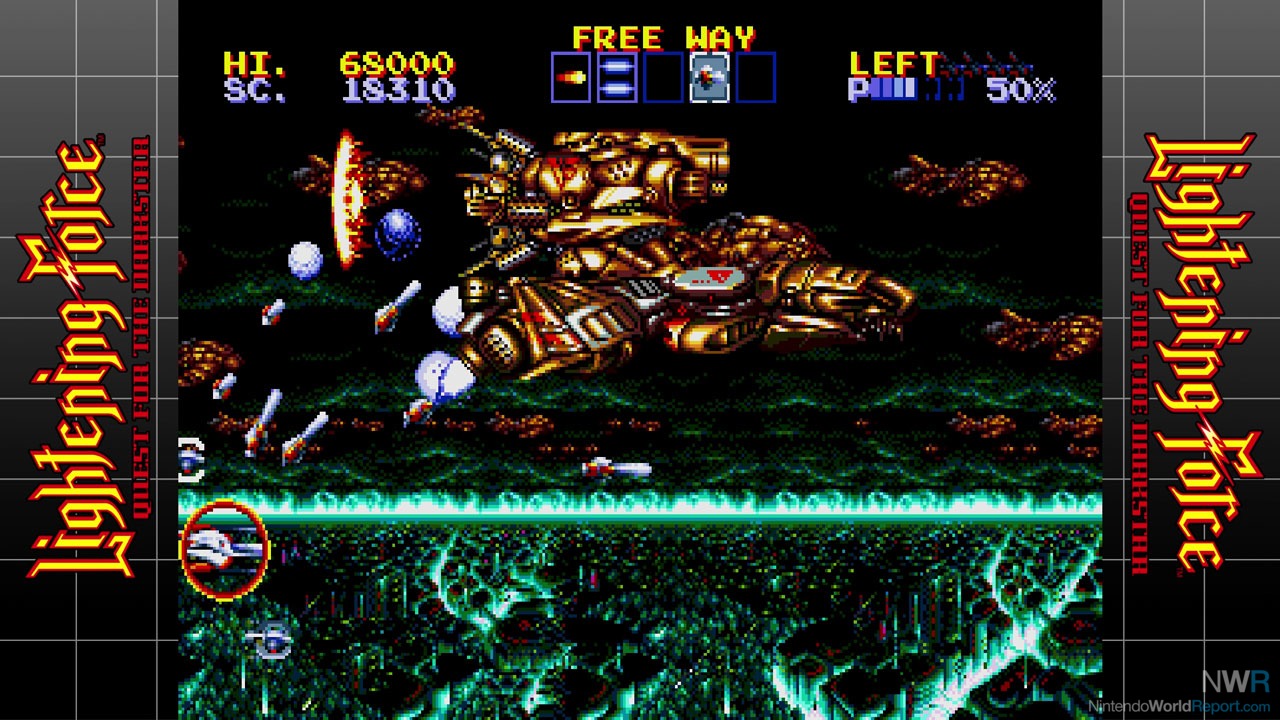 Lightening Force is a bright star in the vast shoot ‘em up sky and an easy recommendation to fans of these types of games. Other players might find the difficulty a little steep, but a little practice and the option to use save states will help those who might not be as familiar with horizontal shooters; there’s also Kids Mode. One interesting wrinkle that Lightening Force brings to the table is that you can also stretch the screen vertically and explore the space above and below your ship to find different enemies, avoid fire, or discover hidden power-ups. When you beat the game, you also open up a new ship with different weapons, which adds replay value. There is a lot to like about this initial offering in the Sega Ages series, and growing up without ever owning a Sega console, I’m eager to see more of these titles, especially given the obvious TLC being put into them.