I have been playing virtual pinball games for years now, and for the most part, they have been pretty good. Star Wars Pinball for the Nintendo Switch takes everything that is great from past titles and puts together an excellent package that is absolutely made for the system. 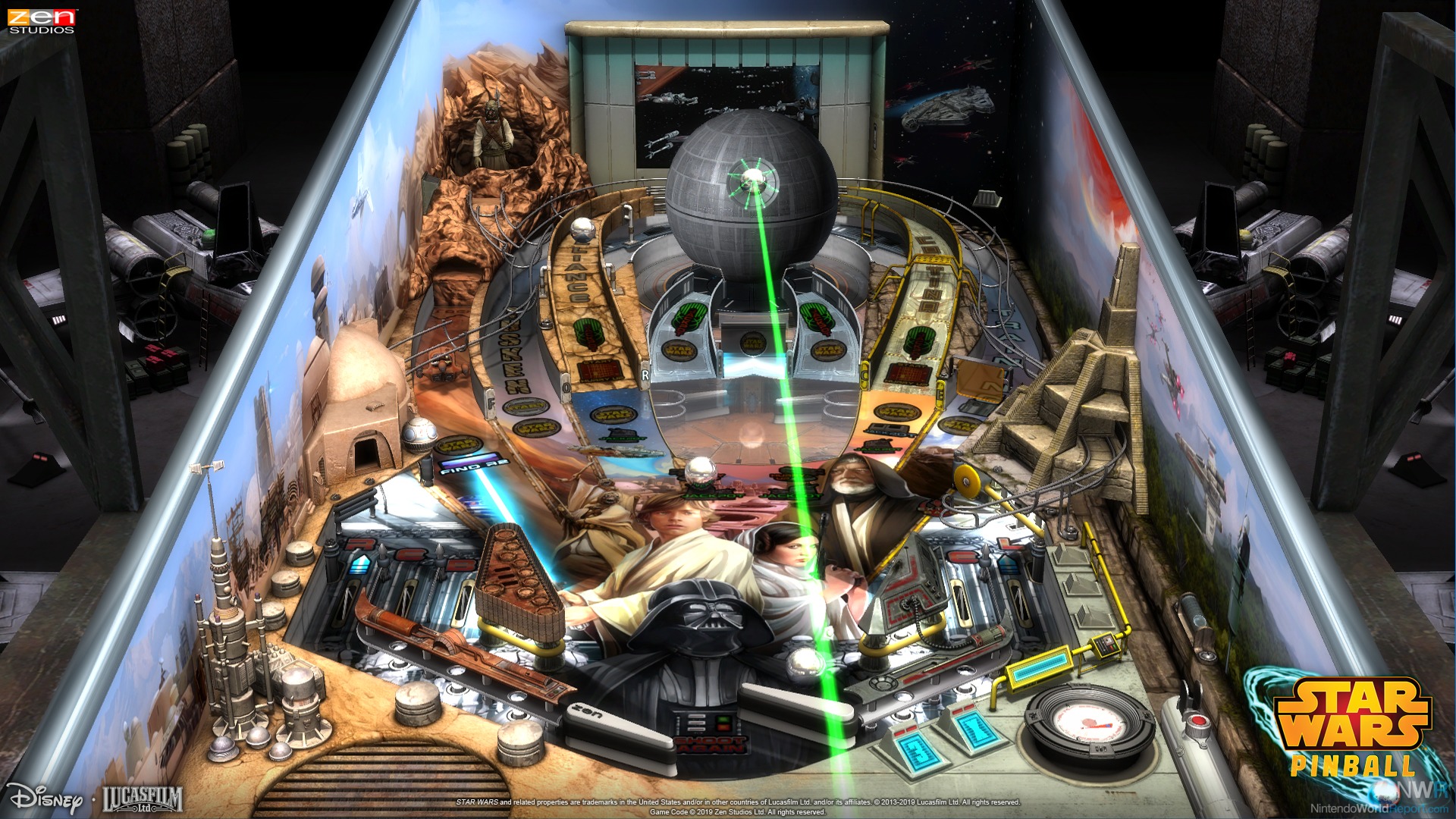 Pinball is a unique type of game that is harder to replicate in a virtual world than one may think. The physics of how the ball moves, how it hits off the flippers, and the way that you can actually “tilt” the machine to alter the path of the ball all need to be taken into account to make it feel like the real thing. Zen Studios does this in strides, not just on the button and touch control, but in the flow of the tables. Each one has its own unique features and design and it takes playing a table a few times to get a good handle on how to use all those aspects to your advantage.

Star Wars Pinball comes with 19 tables, and each one is stunning to look at. Each time you start up a new game, there's a camera fly-over that scans the entire table. It zooms in and out at various points to give you a nice overview of how the table looks. You can always hit A to skip right to the action, but more often than not I would get distracted by the art. Zen Studios goes a step further on the visuals by putting in a whole bunch of different view options that you can change on the fly. Pressing X will change your camera angle in a variety of ways, either by fixing it higher as if you are looking straight down, or by making it zoom in and out depending on where the ball is. Each view is different and it's surprisingly fun to play around with these angles to find the best one for each table. 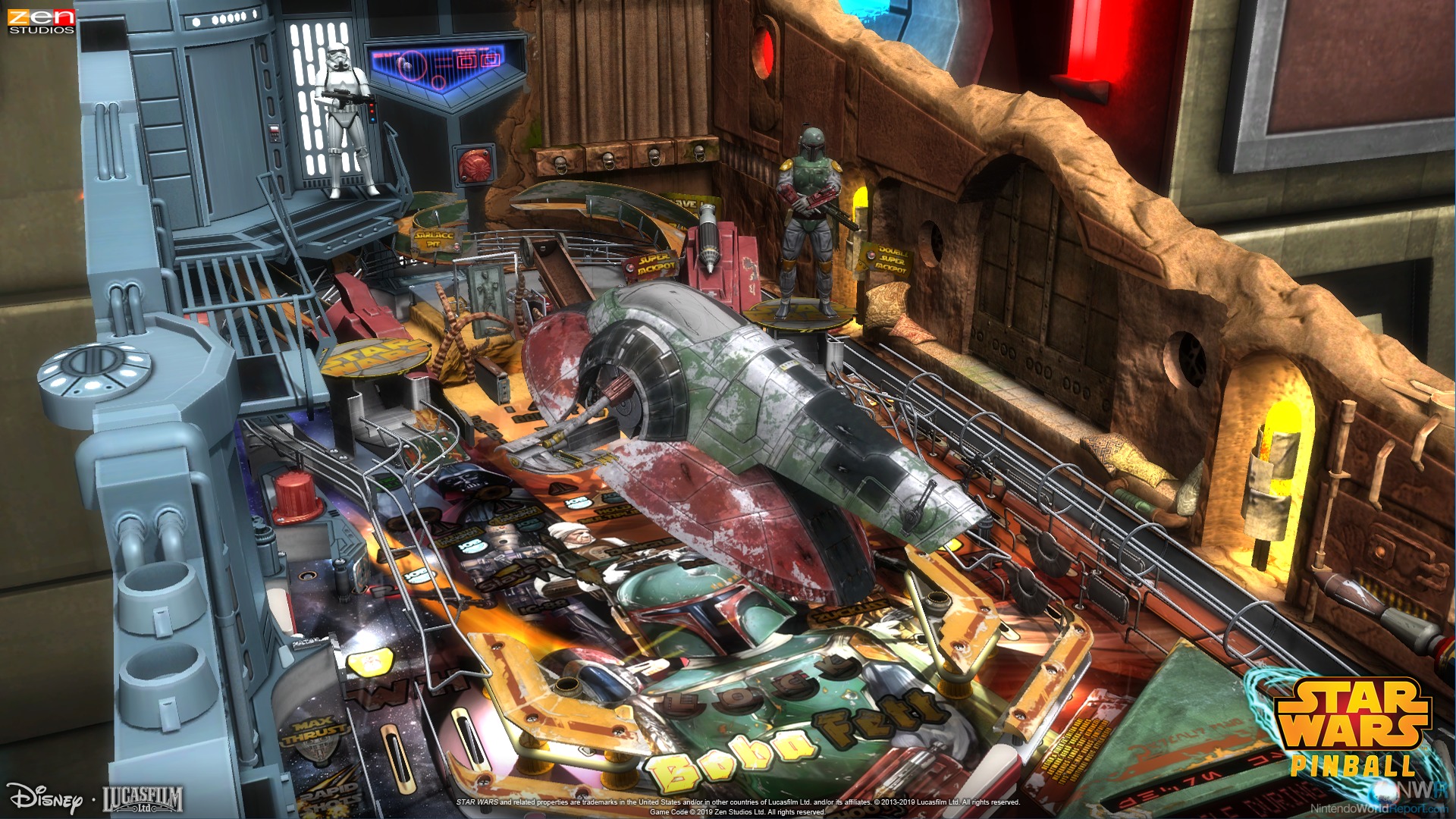 Star Wars Pinball has a vast array of modes and content. Classic play, local multiplayer, League Play, and online tournaments are all here, but what really kept me going for a while is the career mode. The career is broken down into five operations. Each operation has a set number of missions and each mission has three tiers. Most of these tiers are based on increasing scores. The missions themselves have specific objectives and are short and sweet. Some give you unlimited balls but have you on a five-minute timer, while others give you only a limited number of flipper taps. The difficulty is balanced very well and you can replay missions as many times as you like. While playing in career mode, you earn Holocron Shards which are used to unlock and upgrade Force Powers and Talents. These special powers can be used (or not used for that matter) during any part of the game. They range from being able to slow down time, to increasing the multiplier on your combo. These powers are fun to play around with and add an interesting twist on your classic pinball game but are subtle enough to not take away from what makes pinball great. 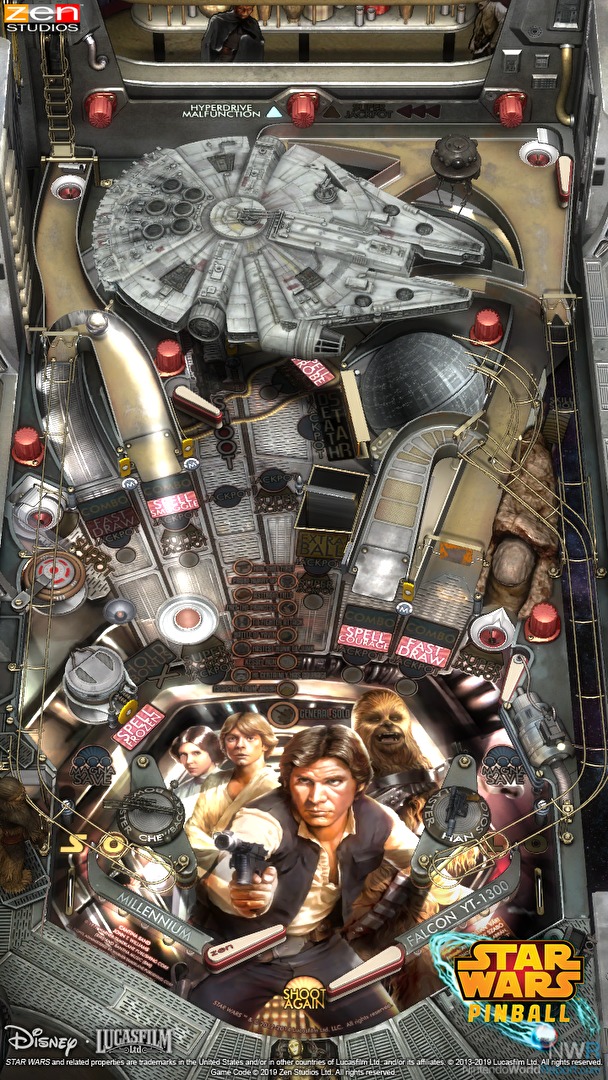 Gameplay wise, the controls are simple but engaging. You can use the L and R or ZL and RL buttons to activate the flippers and push down on the right stick to launch the ball. These can be changed in the settings as well, so if you like using face buttons more than triggers then you'll be covered. Star Wars Pinball can be played fully with touch controls as well, and if you are playing in handheld mode you can even flip the screen vertical. Funny enough, you can still do this in docked mode, but I dare say flipping my 50” Vizio vertically may not end well.

Zen Studios has a knack for making great games; Star Wars Pinball is no different. They have taken all the great aspects of seemingly every pinball game and put together a package that is by far the best in its class. Even if you are not a fan of the Star Wars brand, the simple but engaging gameplay, the amount of content and modes, and the fast pick up and play sessions make this pinball game a must own on the Nintendo Switch.

I too noticed in the demo that the voice acting doesn’t sound like the original actors. Not that it’s bad, but it is distracting, almost to the point that I would prefer to turn off the voice acting. Is that an option? Also, the screenshots seem to indicate TATE mode support, but can you confirm? Lastly, I know a physical release is incoming. When does that release?

Really? 10/10? One of the best video game experiences that you have ever had in your lifetime? Because that's what 10 means. Not pretty great, but the best. Ocarina of Time, Mario 64, and Star Wars Pinball on the Switch. Got it.

Tate-mode is included as usual and it works fantastic.

Thanks I did pick it up (physical copy) and I’m super impressed. Keep in mind that 10/10 doesn’t necessarily represent a perfect game. Some sites consider best in genre to merit a 10 score. This game for multiple reasons could be considered the best title around for the pinball genre.