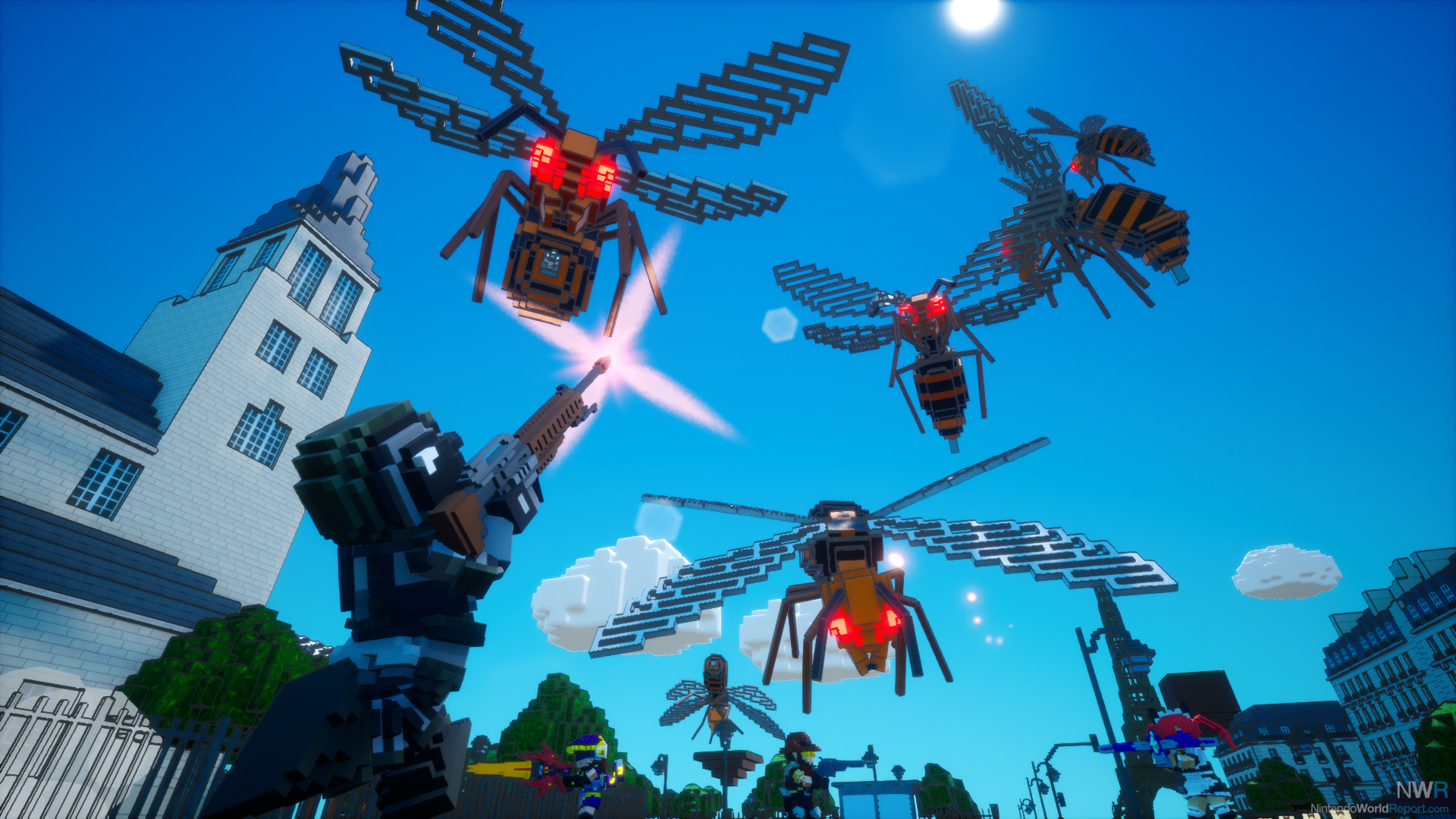 World Brothers is the result of series producer Nobuyuki Okajima’s desire to expand the audience of EDF. He first came up with the idea essentially as a reaction to the previous spin-off, Earth Defense Force: Iron Rain, which was a more serious take on the series. Feedback was mixed, however, so for Okajima talked to Iron Rain developer Yuke’s and pitched them World Brothers, which was basically the polar opposite of Iron Rain. World Brother draws inspiration from Minecraft with its voxel look. The goal with the visual style is to make it more approachable to a wider audience. Okajima repeatedly emphasized how his goal is to expand EDF’s reach beyond its core audience. With the Switch being as vibrant as it is right now, he worked with Yuke’s on creating a game more geared to the audience of new players, more specifically kids and teens.

The gameplay consists of missions where you take a team of up to four to mow down hordes of enemies led by the Dark Tyrant. The player characters vary between references to past games and absurdity. On one hand, you have the Ranger from the last mainline entry, 2019’s EDF 5. On the other, you have a playable Koala as well as Livestream Sister, who has a special ability called Like Barrage where oodles of thumbs-up do massive damage to enemies. The goofiness could make this a riotous co-op game (online and LAN only on Switch; sadly no split-screen). While I only saw a hands-off demo, the overall gameplay seems straightforward. Every character has a weapon of choice and different skills and special abilities. Characters and weapons can also be leveled up and when they reach a certain level, other characters can use them. Weapons are ammo dependent, though, so you need to be mindful of your team’s supply. In single-player, you’ll have to switch between your teammates often. 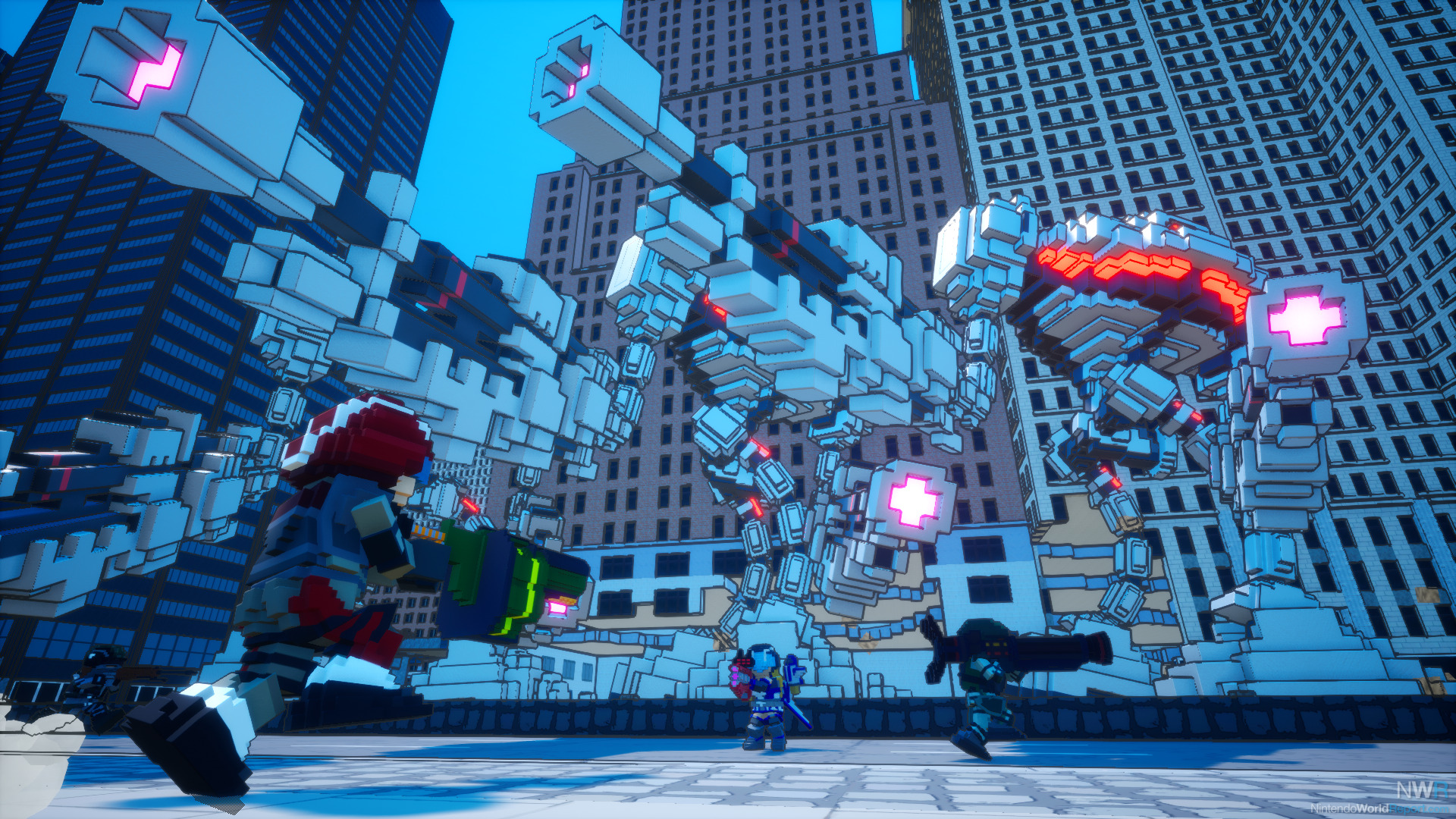 Hopefully World Brothers is the start of mainline EDF on Switch. Okajima played coy when asked about past entries or the forthcoming EDF 6 coming to Nintendo systems. He did say it was “definitely possible,” saying that there are some past titles they are considering to port to Switch and that their main concern with future new games is that the core EDF games generally have a higher age rating than what the core Switch audience gravitates towards. Since we previewed the game, Famitsu reported that Earth Defense Force 2: Invaders from Planet Space and Earth Defense Force 2017 are coming to Switch in Japan this year, based on their Vita versions. Still, a lot the future of the series on Switch will depend on World Brothers. The response has been strong in Japan and we won’t have to wait much longer to see what the west thinks about it.

EDF is one of my guilty pleasures.  It is a game that understands it is a game and just delivers what gamers want.  However, the game isn't as shallow as people think.  On the hardest difficulty levels the game is like a action puzzler as you have to strategically take out enemies in the right order to have any success.  If this game can capture the feel of the original EDF games, then I will be happy.  The art style is surprising, but if the gameplay is solid I am along for the ride.

We are finally getting EDF on Nintendo platform (at least to my knowledge) state side. YES!  ;D

We are finally getting EDF on Nintendo platform (at least to my knowledge) state side. YES!  ;D