We round out our three-part series with the rest of the news... just about all of it. 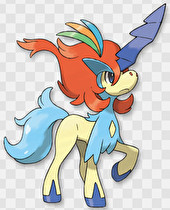 This is the third of our three monthly Pokémon Black and White 2 previews, intended to compile the mass of information on the game showing up each month since April. Since we're covering everything since the end of May, you would be doing yourself a disservice not to take a look at the two other hearty previews (April, May). Without further ado, let’s finish up the pre-release information.

We’ve seen two Kyurem forms and three for Thundurus, Tornadus, and Landorus, but Game Freak just had to grace us with one last one— the Resolution form of Keldeo. Compared to the original form, it has a large blue horn, a longer mane, more defined leg markings, shortened appendages on the side of its head (perhaps what was originally there formed the horn), and blue, orange, and green appendages on the top of its head. Beyond that, we don't know much about the new form, but we have learned that to get it players need Terrakion, Virizion, and Cobalion within the forest near Sangi Town (a new area!). Thanks to a recent update from the official website, we know Keldeo changes form once it knows the move Secret Sword.

Next, we got some new information regarding the new Kami forms, which have special abilities, unlike the original Sacred Beast forms. Tornadus knows Regenerator, Thundurus knows Volt Absorb, and Landorus knows Intimidate. Furthermore, it's come to light that a new item called the Reflecting Mirror can cause the beasts to change forms. The item is obtained by taking the Landorus captured in Pokémon Dream Radar to a specific part of Unova. Of course, this implies Landorus may have the only form exclusive to Dream Radar, and the previously thought to be exclusive Tornadus and Thundurus may have some availability outside the upcoming eShop application. 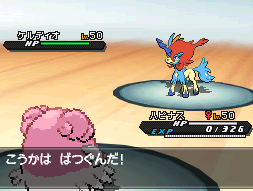 Speaking of Pokémon Dream Radar: We finally have a full grasp of how the AR game works. To play, you need to find areas like clouds that could hide Pokémon. A Pokémon then appears, and you need to shoot it with your capturing beam until a bar fills at the top of the screen. As of now, it seems Pokémon transferred into Black and White 2 from Dream Radar could be level 60, which might suggest transferring is only available for those who have beaten the game already. Of course, this could only apply to specific Pokémon, or the showcasing trailer could have just shown a battle with Landorus' new form off, making 60 not representative at all. Finally, Porygon appears in Dream Radar.

I think the most surprising part of this month was the reveal of new features this close to release.

The first of these two, Fes Mission, could replace the Entralink Missions in Black and White. In Fes Mission, players partake in various missions with friends. Players can unlock a special mission by showing a Meloetta to someone in Castelia City. The mission, called "A Great Berry Search Adventure," tasks you with finding berries in Unova, and lasts three minutes. Another, "Search for Audino,” presumably tasks you with searching for Audino. In a cool twist, there is the ability for up to 100 people to play at one time, with missions obtained at the EntraLink. 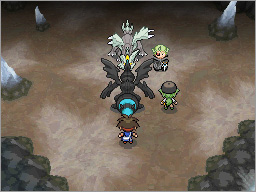 The other new feature is called Join Avenue, which is part of a shopping center and allows the player to build with friends by connecting with them. The extent of the system is currently unknown, but an early screenshot shows the player putting up a stand in a shop. Could it be a money making feature? Maybe even an extension of the home furnishing originally seen in Platinum version? On one CoroCoro page, the player is shown buying a "Gambare A Lunch," which increases EVs when consumed by a Pokémon. As it turns out, the contents of a shop vary depending on who's running it, and inventory can range from a collection of berries to items that increase EVs or how fast eggs hatch.

The previously revealed movie making PokéWood feature was also detailed further. An episode of Pokémon Smash revealed that there are numerous scenarios players can make movies based on, and that when inside a scenario, specific moves are used to allow a scene to carry out in one of multiple ways. One instance shows a water-type move used against Mecha Tyranitar, further suggesting the activity—despite involving scripts and green screens—will still offer an experience similar to that of battling. In addition, Pokémon are available for rental in these scenarios, and after the movie is made, the player can then watch the dramatized version of their actions

Next up, we have some details on the new version-exclusive content in the upcoming sequels, a returning staple of the series. Although we have no idea if this is the complete list (it likely isn't), Black 2 will have Magby, Magmar, Magmortar, Buneary, and Lopunny exclusively; White 2 will have Elekid, Electabuzz, Electivire, Skitty, and Delcatty. Further exclusivity comes in the return of Black City and White Forest. Presumably, those who owned Black originally will be able to visit Black City in the sequels. We also know each game has its own exclusive cave; the one in Black 2 is water-based, while the one in White 2 is magma-based. Could this suggest the appearance of Groudon and Kyogre in the upcoming games? I certainly hope so. 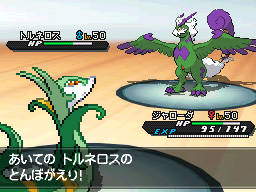 I would also suggest cities that differed between Black and White before will likely remain so. With that said, cities have been confirmed to undergo major changes for Black and White 2 from Black and White. If anything, this offers a bit of hope for the sequels being far different from the originals than any "Gray Version" could ever be.

Previously, two new gym leaders (Homika and Shizui) were shown for Black and White 2. While Shizui has no new notable details, Homika had quite a bit of coverage. We know the badge distributed to the player for beating her is the Toxic badge, and that the city where she’s fought is the new Tachiwaki City. She is also the second gym leader in the game, and has a Koffing.

Lastly, for those with Pokémon SoulSilver, HeartGold, Platinum, Pearl, or Diamond, Generation IV Pokémon can be transferred into the new games.

With that last bit out of the way, it's time for the super-fun part. Because this is the last preview of Black and White 2, I figure we need to go all out and analyze three new trailers, rather than just one. Well, two are short and none of them reveal as many bombshells as the previous two previews, but let’s see if the power of over-analysis can change that.

In this first commercial, not much happens until the 0:15 mark, at which point the male protagonist is blown away inside a building housing a warehoused airplane below. With all the turns and twists and a strange propeller where the player is blown back, it seems like we're looking at a gym. Maybe the pilot standing there is a trainer (unless that's a police officer), and the wind is part of a gym puzzle, but if this is something like a redesigned gym in Mistralton City, I have a feeling this is far from the only renovation. At the 0:19 mark, we get our biggest news: N is returning, as is Ghetsis. N stands next to his Zekrom (this is in Black 2, by the way), and Ghetsis stands next to a Kyurem. Not only does this suggest N's legendary Pokémon may have something to do with this (predicted in the first preview!), but also that Ghetsis might have a new legendary Pokémon of his own. In the Japanese text, it says N was told by his Pokémon that Kyurem was in trouble. Right after, we see the same scene play out in White 2, where N has his Reshiram out.

The other commercial focuses on the female protagonist at the start. At the 0:05 mark, we see a Pikachu building. At the 0:20 mark, the male protagonist runs through Join Avenue. It certainly seems busy, and it seems reminiscent of the underground in Goldenrod City from Pokémon Gold and Silver. Unfortunately, that's all we could pick up.

Last but not least, we have new trailer that went up on the Nintendo Channel in Japan. For the first two minutes, there is some footage of PokéWood, Fes Mission, and Join Avenue. At 2:07, we see the player can receive medals, which can be unlocked through various circumstances, such as having a certain number of battles or catching certain Pokémon. Immediately after, a boat can be briefly seen. Although this may be repurposed from the first game to travel somewhere like Unity Tower, I do remember there are more detailed islands on the new Unova map than before, and I bet this boat might go to one of them. The player then walks into an open area containing a big arch. It seems new, but there isn't enough information to discern what it is, as far as I can tell. At 2:15, we see Akuroma standing in what seems to be a lab or control room of some sort. More interesting is that he's standing on top of a Team Plasma logo. If you needed any more proof that he was connected to Team Plasma, there you go. In addition, in shortened versions of these trailers, a flying boat can be briefly seen. For what purpose, we have no idea, but I wouldn't be surprised if it was the same boat as in the animated trailer.

With that, take a look at this picture. As it turns out, Team Plasma looks to be separated into a newer and older faction. This is pretty crazy, because I thought it would be as simple as a renovation upon a uniform to keep things fresh. It looks like this could be an interesting dynamic when the game comes out. Personally, I think Akuroma will be the boss of the newer faction, and Ghetsis of the older.

After this, we see an example of Tornadus caught and transferred from Dream Radar into Black and White 2. At 3:20, we get to my favorite part of the trailer, which shows off the new forms of Tornadus, Thundurus, and Landorus in action. Notice how Landorus has no experience points and is at level 60. This could be a freshly transferred Pokémon. And lastly, we get the two previously discussed commercials.

That's all for now from our Pokémon previews. Expect us to go dark on Pokémon news briefly when this launches on June 23 in Japan, for the simple sake of avoiding spoilers for you and for us (Note: This also accounts for us missing some stuff from the last day or two). There is always more Pokémon content on the way, however, and those of us in North America, Australia, and Europe can expect Pokémon Black and White 2 to hit stores later this year.

(I have some heavy FAQing to do for this bad boy...)

I am so depressed! I lost my Pokemon Black with pokemon that go back over a decade from friends and family since high school. I don't know if i want to continue with the series any more, all those years and hours! I'm so upset!!!


Edit:
I typed that out a few hours ago. Went back to the restaurant I thought I lost it at and sure enough it was stuck in the seat I was at last night! Man I went on an amazing adventure today looking for that game! 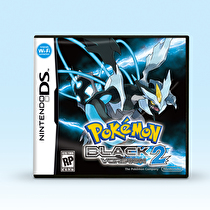