Check out how Power of Illusion came about, and what's the reasoning behind it. 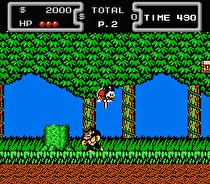 Disney Interactive hosted a press event in Disney World recently that gave us some wonderful hands-on time with Epic Mickey: Power of Illusion, the 3DS game being made by DreamRift, who most recently developed Monster Tale for the DS.

We had the chance to chat with DreamRift's Creative Director Peter Ong, who some folks might know as the lead designer of EA's Henry Hatsworth. Ong is a die-hard fan of Sega's Castle of Illusion Starring Mickey Mouse, and his company's latest game is heavily inspired by it.

Nintendo World Report (NWR): Let’s start by talking about your original pitch to Disney: Work of Art. Did you have any idea going into the meeting that it could lead to Power of Illusion?

Peter Ong (PO): I did. You know why because I knew that they were looking to bring Epic Mickey to the 3DS. The reason why I went to that meeting with Warren Spector in the first place was because I heard they were interested in having us work on Epic Mickey.

NWR: Okay. So it wasn’t as crazy happenstance as Warren mentioned in the presentation?

PO: Well, it was crazy happenstance in that they didn’t necessarily know what we were doing, and I didn’t know while we were cultivating the ideas for Work of Art that Epic Mickey could even be a possibility on the 3DS. So we were working on something that was already directly translatable to Epic Mickey on the 3DS.

Let’s put this way: We had that functional gameplay idea already. That’s kind of how our games always tend to start. We don’t always start with the story.

NWR: Yea, there seems to be that pitch for Monster Tale and Hatsworth where it’s like “It’s a puzzle game, and then it’s a hardcore 2D platformer.”

PO: Exactly. Our ideas at the beginning are more mechanical. It’s like “what if you had a game where you could do this and this, and what would that play like?” What sort of story and fiction best suits and best explores that gameplay mechanic? That’s actually a really important point I want to touch upon a little later as to why we went with this as opposed to Work of Art.

Moving on, we had that gameplay mechanic idea, and when we sat down to talk to Warren about Epic Mickey on the 3DS. It wasn’t even called Power of Illusion yet because we hadn’t pitched the idea of bringing the Castle of Illusion into it, but let’s put it this way: if they had asked us what we would do if we were to bring the idea of Epic Mickey onto the 3DS, it would have been 95% the same the pitch that we had for Work of Art, mechanically. 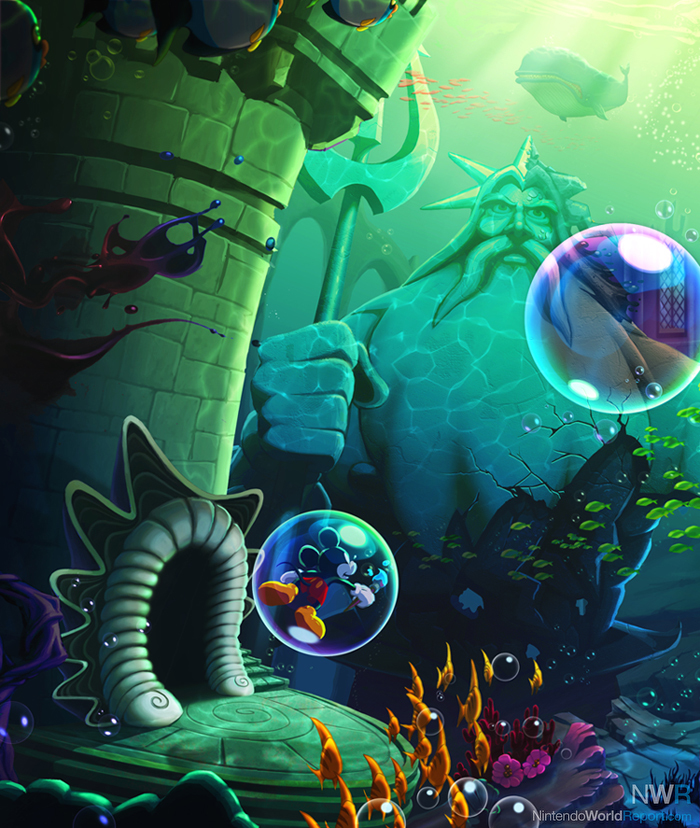 So that was very happy coincidence. To tell the truth, I don’t think we would have gotten this deal if we hadn’t already done this pitch and a lot of thinking about the central mechanic. That was very fortunate, because from what I understand, they looked at a ton of who’s whos of portable developers. With the kind of opportunity, you can kind of pick and choose in the position that Disney was in. We just felt very fortunate, like we had an unfair advantage going into it in that respect.

Just going back to the point that I called out earlier, we hadn’t done a game that’s not a completely original IP until this game. It’s not that we were ever averse to it, but we wanted to wait for the right opportunity. We knew it had to be something extraordinary, and importantly, that’s not more suitable for the gameplay mechanic we had in mind than the fiction in the story we were cultivating at the moment. So that’s where that point comes into play a bit. You know the central sort of appeal of the mechanic on the bottom screen is “What is it like to involve the player in the creation process of art?” And when we looked at that idea in the context of working with the Disney universes, it was really a no-brainer. The question there is “What is the most powerful way that you can connect the player to creating some sort of visual imagery?” And it’s not our random and arbitrary art for them to play with; it’s more powerful with something from a vast library of characters.

NWR: Like when you see the silhouette of Aladdin and you’re like “cool, I’m going to draw Aladdin!”

PO: That recognition that you get, that eureka moment that you get when you see something manifest, and it’s something that you know and that countless people all over the world have this deep emotional connection that will never change, as opposed to some brand-new arbitrary piece of art that we made. That’s when it really hit us that the license was the thing to do. It’s one of those rare, rare cases where a license or an existing IP makes your central mechanic stronger as an experience.

NWR: Going off of that, as far as influences on the game, Castle of Illusion is a given, but did you pull anything from the previous Epic Mickey games and any of the classic Disney games from the NES/SNES/Genesis eras?

PO: I’m not sure if I’m allowed to talk about directly referencing things from the other games, but I think that people that are fans of the 16-bit and 8-bit Capcom games, like Ducktales, will be happy. I mean, Scrooge McDuck is in this game.

NWR: Let’s put it this way: he’s on the damn pogo stick when you bring him in the game.

PO: Yea, I forgot that you played that. You can sketch Scrooge into this game and he pogos around. I can neither confirm nor deny that that is directly inspired by the original 8-bit game, but in that game he also mysteriously pogos around as his primary attack.

So yea, big fans of 16-bit and 8-bit best, classic Disney platforming games. We looked at everything, I’ll tell you that.

And for Epic Mickey inspirations, I think its apparent from some things we’ve shown so far that there are direct draws. Paint and thinner are the biggest things, as they are your projectile attacks in the game and are also used for the drawing mechanic.

NWR: I noticed some familiar enemies as well.

PO: You’ll see the Spatters. They are in basically the second section of the first level in the final game. You have fairly trivial things, such as the currency you collect in the game (e-Tickets). A lot of the sound effects are from Epic Mickey as well. They are kind of a blend between Epic Mickey’s sound effects and Castle of Illusion. I would go so far as to say the music. From a whole audio standpoint, it’s sort of a blend of that.

The great thing about Epic Mickey’s music is the sort of orchestral quality of it. It felt very high end. What we were very excited about with the musical approach is that we wanted to pay tribute to the original compositions and tunes that are our favorites in Castle of Illusion. Like the very first level in the final build of the game is the first level tune in the forest from the original Castle of Illusion game.

So we have got a lot of tracks in the game that draw from the composition of the music in the original game, which I am so happy about getting, because the rights to that didn’t come on until fairly late, but I was always wanting that throughout the entire development. I was so happy we could finally have it. 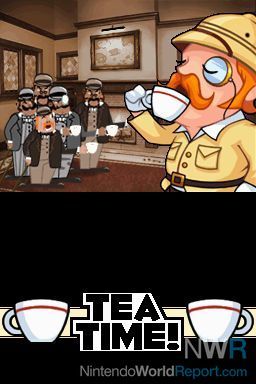 But we wanted to have those original tunes in the classic game but updating them with modern, orchestral fullness that was sort of level with the bar that was set in the Epic Mickey games. So I’m really happy to have those renditions of the 16-bit tunes but with the level of quality of an entire Disney film soundtrack.

NWR: Are there any nods to your past games, Henry Hatsworth and Monster Tale, in Power of Illusion? Will those be overt, or more of a “wink and look at the final game”?