While the ideas are sound, the execution leaves a little to be desired....

Bust out your fishing equipment for some grappling and platforming....

We talk about the accessibility and character selection of the Nicalis-published Switch 2D fighter....


The Odd Odyssey of Yumi: What the Heck Is Umihara Kawase?

Ahead of its first western release, we delve into the history of the weird series....


NWR's Favorite 2013 Games From Japan: Danny's Respectable Half Of This List

This teddy bear is alive and wants to be your friend......

A new platform on Virtual Console gives us the perfect excuse for a Game Boy Advance retrospective feature. Also: a Mario Kart Wii fanboy reacts to the latest MK8 info!...

Our games range from old to recent and brand new, including a stunningly difficult new platformer. We also look at the state of RPGs on Wii U and respond to Smash Bros tournament backlash....

Join the chaps for revelations, discussions and the warriors of competitive gaming....


THE FAMICAST: Episode 25: LIVE FROM JAPAN

Miss the live show last week? The Famicrew has you covered!... 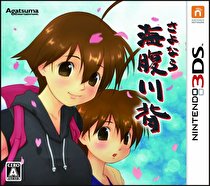