Boomshakalaka!  The classic baller is back....

It's been rumored for a while, but now it's official....

RADIO FREE NINTENDO: Episode 266: Meet My Demands... Or Else!

I've taken Jon hostage. Talk about Nintendo if you ever want to see him again. -- SLICK... 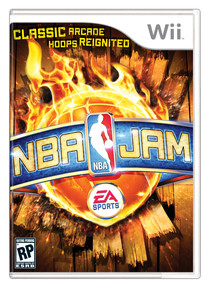