The King Nintendo Fanboy decided that it wasn't enough to make a simple stage.

It's no secret that Super Mario Maker is the game I've been waiting all year for. I love Mario and I've always wanted to try making levels in a game. So after doing one simple stage, I decided to do something more complex for my second. I attempted to recreate the original Metroid within Super Mario Maker to the best of my ability. I call the end result Metroid: Negative Mission.

This Feature is broken up into several parts. At first I describe the stage structure to hopefully give you a better idea as to what my design process was like. Then I discuss the lessons that I learned while designing this micro adventure. After that I describe the satisfaction that can come from making a good stage. For Metroid fans, I also point out some of the many hidden references in this stage. Finally, I have a little guide that tells players about all the secrets that can be found within the stage.

I highly recommend playing the stage before continuing, but if you can't here is a video of someone playing though it for context.

(I also came up with this instruction manual for the adventure too.) 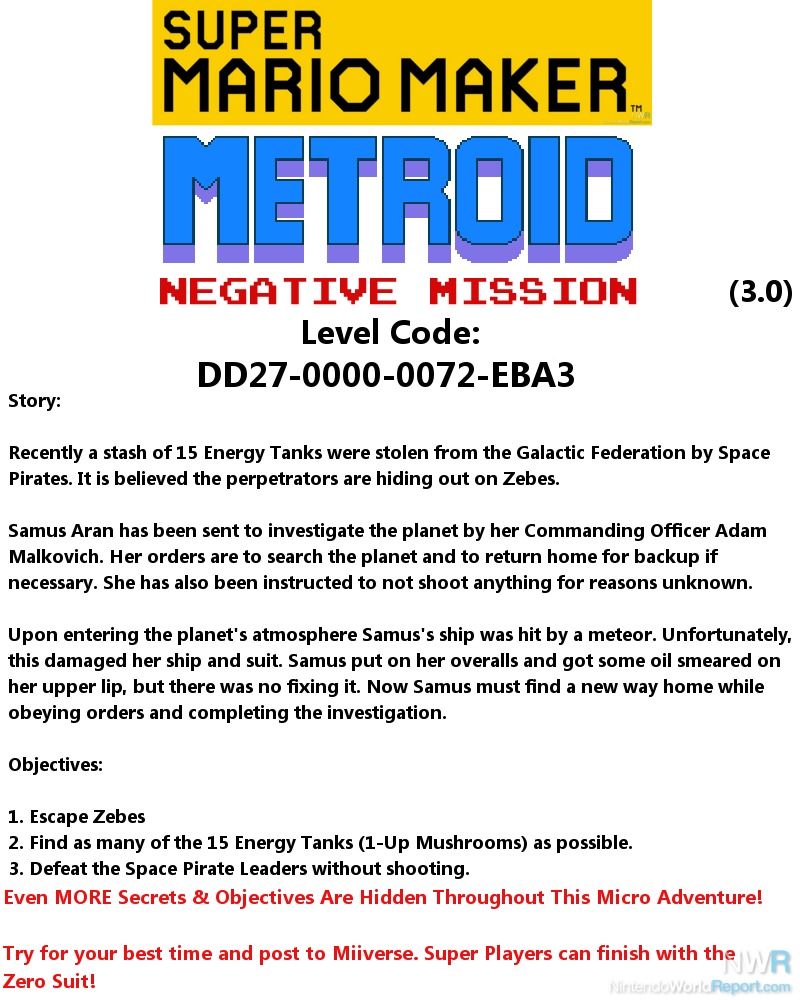 So in order to get an article about how we made our level, do we have to be a staff member or does it just have to be a work of art?

Either way, challenge accepted. You've put in an absurd amount of work, so I salute you.

I want to buy this game just to play this level!!!