Nintendo Characters that Deserve to be Super Smash Bros. DLC

Some ridiculous and daring picks. 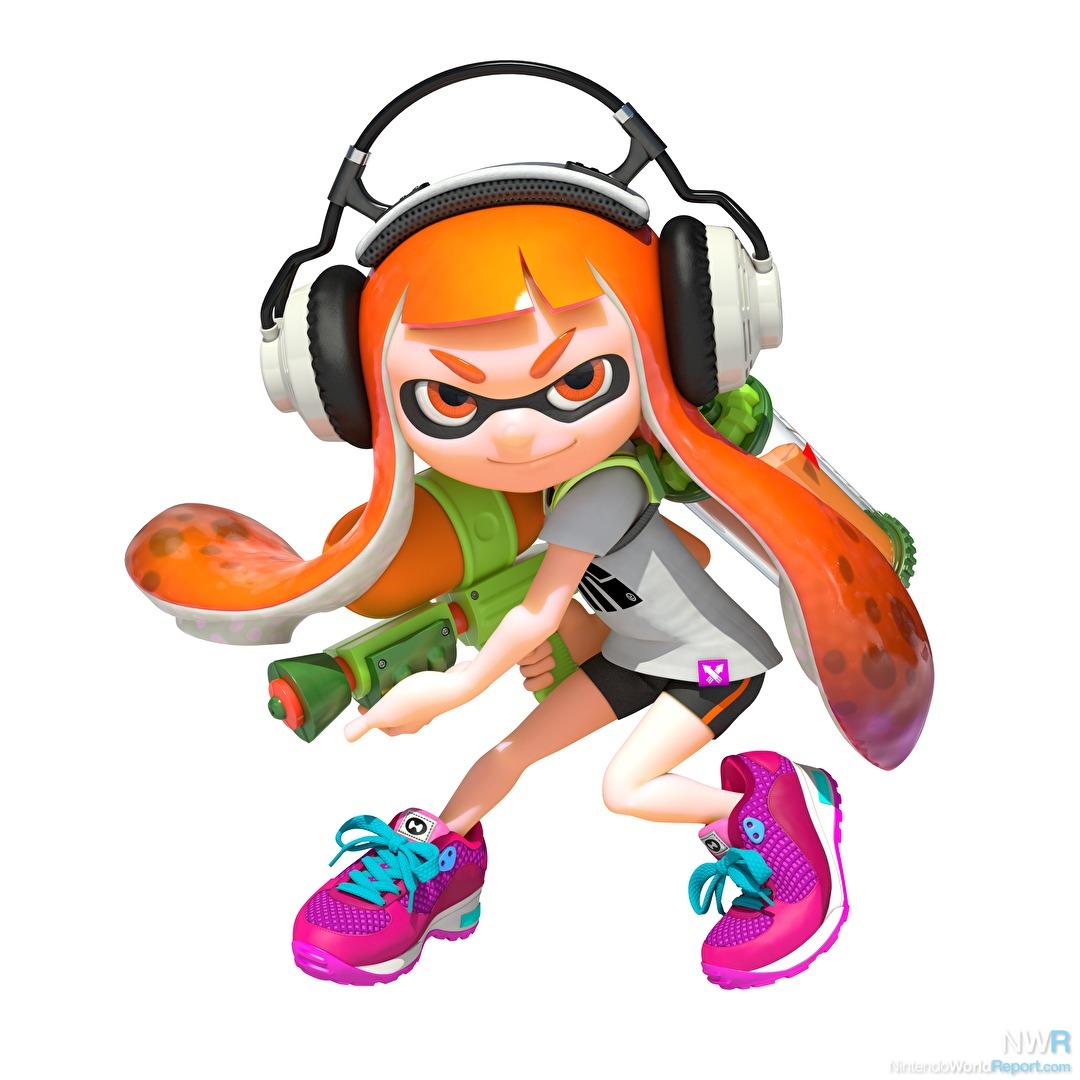 If Nintendo wants to really push Splatoon, and expects it to become a long running franchise, adding the Inklings as playable characters could go a long way. Just think of how many Smash Bros. players will instantly want to know more about this upcoming title if the Inklings do get announced as DLC.

We currently don't know everything about Splatoon, but I think it's safe to say that Inklings in Smash Bros. would be projectile heavy characters. There will be multiple sub weapons in Splatoon, and those would work great as special attacks in Smash. Maybe the squid transformation attack could work in a similar way to Greninja's sneak attack. There are many possibilities. 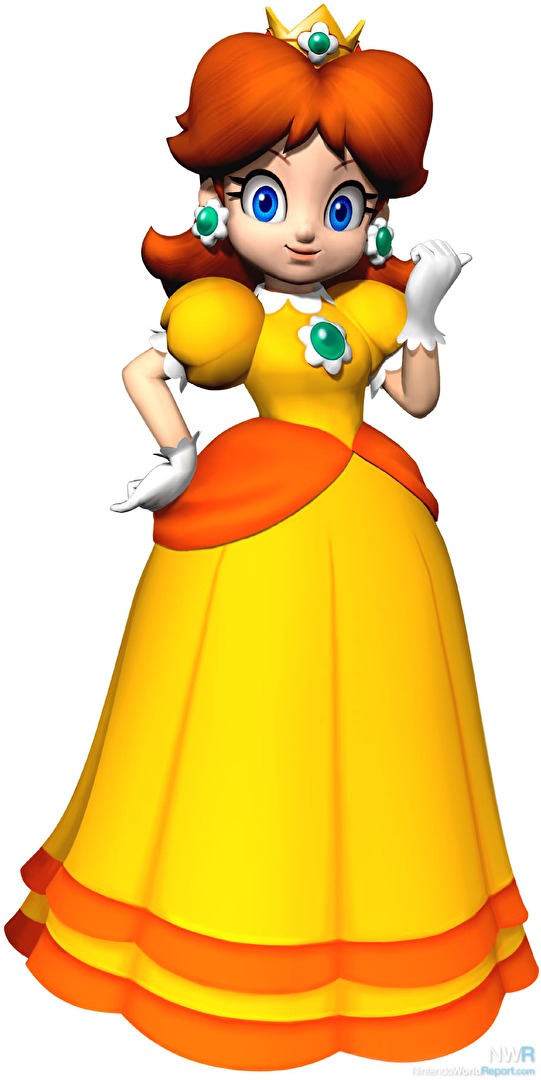 Outside of her starring role in the Super Mario Bros. movie, Nintendo has often neglected Daisy. Well, maybe Peach stepping aside for that movie role was the ultimate way to ruin the princess of Sarasaland's name.

That being said I think Daisy would make a great additional fighter to the game. She could be crafted to have more sporty tom boyish attacks, or just be a clone of Peach with different move effects. Either way it's time for this Princess to get more recognition. Move over Rosalina. 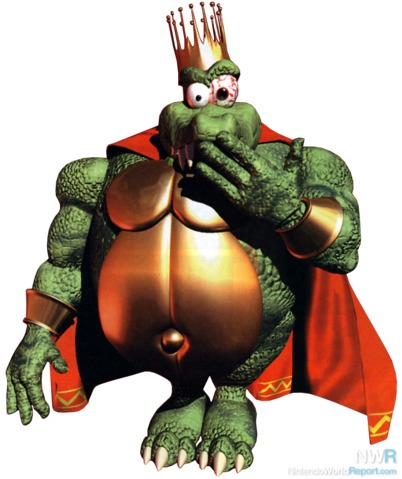 The Kremlings seem to get a bad rap, but I still think they had much more personality than the enemies created for the two new Retro Studios Donkey Kong Country games. King K. Rool is the primary villain of the Donkey Kong Country series and it would be great to see the two currently available Kongs take him on in Smash Bros.

Throughout the Donkey Kong Country trilogy King K. Rool changed his title multiple times. In Diddy's Kong Quest he was called Kaptain K. Rool, and in Dixie Kong's Double Trouble referred to as Baron K. Roolenstein. These alter egos could help make up his attacks and alternate costumes. He may not be popular, but I'd still love to see this lunatic enter the fight. 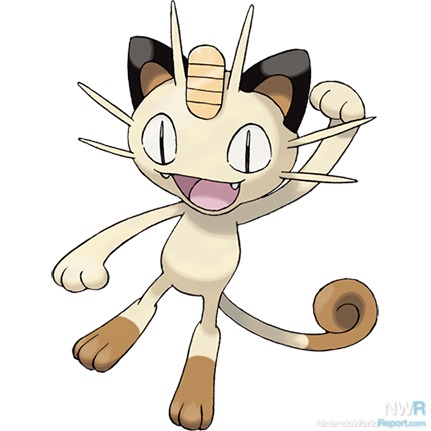 I've thought about it, and if there are any Pokémon left that currently deserve to be added to the Smash Bros. roster it's Meowth. Meowth has had a major role in the Pokémon anime from the start and has remained somewhat popular over the years.

Besides, Meowth would be a great character to team up with Wario for those Coin Battles. (Wait, do people actually play Coin Battles?) 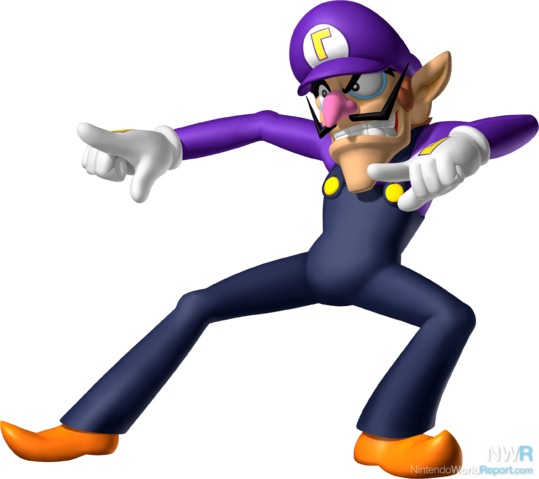 Yeah he's currently an Assist Trophy, but who cares? Waluigi is the ultimate stupid character, which makes him hated by many. But it's for this very reason that I love him.

Waluigi could use tons of equipment gained from his sports outings as attacks. Also, why not throw in some sort of rose or prickly vine attacks since he seems to be fond of them? I don't find this choice likely of happening, but the thought of seeing Waluigi taunt by using the "suck-it" pose from Mario Strikers Charged would make him an amazing online troll character.

#8 - #4 Nintendo Characters that Deserve to be Super Smash Bros. DLC

Would love to see Wonder Red from The Wonderful 101 or Ray MK from Custom Robo.

They should put in Kraid just to troll people. I wouldn't put it past Sakurai.

I think Shovel Knight would be a sweet and achievable third party pick.

Ice Climbers was in the game but they didn't work on the 3DS for some reason.  Sakurai-san said they couldn't debug the issues and had to drop the characters.  They wanted the same characters in both titles and they wanted them all to play exactly the same, so when they were dropped from the 3DS they were also dropped from the Wii U.  He said there were other dropped characters but didn't say which ones.  They still wanted 50 characters so they had to cheat and split out some: Zelda-Sheik, Samus-ZeroSuit, Marth-Lucina (originally she was just a skin for Marth), Pit-Dark Pit (also originally just a skin).  After splitting out the characters Sakurai-san said he liked the way they played on their own more, so he was happy with the move even though it wasn't originally planned.


I believe Sakurai-san commented on Daisy and said they didn't see her as having a very unique move set vs. Peach so she wasn't included.  I still think they should have given Peach a Daisy skin and called her as such during character selection and victory pages, much like Alph.


Sakurai-san said that Ridley could not be a playable character because he is much larger and scarier than most playable characters.  He said he would have had to dumb down Ridley to make him playable and that wasn't acceptable.  This logic also applies to Ganon not being playable.

Meowth?  We don't need another 1st-gen Pokemon.  The 9-Volt idea is interesting, though, and so is the Splatoon Inkling.  And I miss the Ice Climbers.

The size criticism of Ridley is a total cop-out. If they can bring Olimar up to the size of the other characters they can shrink Ridley down to it.

I like a lot of these picks. a few of my own to add:


Pauline
Hammer as her primary weapon. She could even use the minis from Mario v. DK


Captain Toad/Toadette
They could stay true to no-jumping by having them toss each other like ice climbers did. Also, that crazy pick axe as the final smash!

I don't really want any of these, except for Ice Climbers. Most of them would be too cloney or otherwise uninteresting.

K. Rool could be interesting. Just look at all the boss fights he's been in with different attacks in the DKC games and DK64. Of all the new characters listed, he's the one with the greatest move set variety to choose from.

Most potential clone characters make more sense than Dr. Mario. Why does Mario hit harder just because he put on a lab coat? The clones in the new games never made much sense to me due to the custom moves. Just replace some moves and the characters would feel as clone-like. Still, I much prefer Lucina to Marth because I'm not very good at the game and Lucina plays like Marth-for-Dummies. Also, most of her voice clips are delightfully arrogant. "You'll never defeat me!" Classic Lucina.

Anyway, most of the choices in the article are sound.

Why does Mario hit harder just because he put on a lab coat?

He's putting to use the extra knowledge of anatomy he learned in medical school to go after the weaker points on his opponents.

We already have Little Mac, how about the dude from Kung Fu?


If you examined everything he said about Ridley during that IGN interview you can find a clear exception already in the game and playable! As a matter of fact I'm going to look up that interview and point out the BS. I'd rather Sakurai just say that Ridley being playable doesn't fit his vision. Of course that wouldn't go over well with most fans, so PR BS is the way to go.


When more things like this get made and get popular, it will catch Sakurai's eye. At some point I am convinced he will change his tune and see Ridley in a different light.

This topic seems a bit tired. I've said it once, and I'll say it again- 9-Volt is a "literally who" character that I never heard of until your FIRST article discussing who you wanted on Smash Bros.

Anyway, a lot of these choices are Assist Trophies, etc so I wouldn't expect much. The only characters I could logically see happening are those cut from Brawl that don't include technical limitations, like Wolf and Lucas.

I don't see why someone being a relative unknown would prevent them from being in Smash Bros., there have been tons of examples of those in the series. I bet more people know who 9-Volt is now than knew who Marth was in 2001.

Shulk was way more obscure than 9-Volt when he got confirmed for Smash.

if Ice Climbers can't be in 3DS put them in New 3DS and screw the 3DS market. I would also love to see the Splatoon people get added in right away that game is going to need all the marketing tie in's it can get it's hands on. Plus it already feels like classic Nintendo so it needs to be included ASAP.

https://www.youtube.com/watch?v=39QYYVkM70Y
Did anyone see this video here? Who doesn't want that?! Show your self!