The heavy hitters (and Watch Dogs on Wii U) are in full force on Japan’s eShop this week. 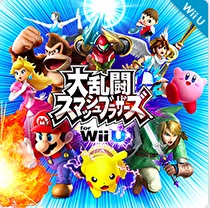 This is probably one of the busiest weeks of the year for both the Nintendo 3DS and Wii U eShop. While both platforms have their share of big hits, the 3DS is walking away with more options for gamers who have an appetite for something fresh. Even on the demo side of things, Sega is getting in on the fun early with a Sonic Boom (known as Sonic Toon here) demo release. Full retail experiences are definitely at the forefront of the release calendar this week. The revamped Attack on Titan game, now with the moniker Chain added at the end, is more or less the same game from last year (you can read my review to refresh your memory). This time, however, gamers can play online co-op while taking down monsters, have more customization options for their created characters and can even fight new Titans designed specifically for this release. Speaking of titans, the Musō (Warriors) series is seeing a new release this week as well with Samurai Warriors Chronicles 3. Throw in some Derby Stallion and a digital release of Tales of the Abyss and you have quite a lot to choose from.

Even though the Wii U doesn’t have the same amount of games on the eShop as its handheld little brother, the home console is getting the most anticipated title of the year with Super Smash Bros. for Wii U. Sure, it’s been out worldwide for a little while now, but gamers in Japan will have their first chance to play the latest entry in the series this Saturday. The Virtual Console is still going strong this week with the highly anticipated Famicom version of Soccer and the first game in the Famicom Wars series. In other news, Watch Dogs is actually seeing a release on the Wii U in Japan. So be sure to opt to get the physical version of the game before it inevitably becomes a collector’s item after the initial hundred or so copies disappear.

For a complete look at all of the titles release digitally in Japan this week, check out the round-up below!

Virtual Console
NA (no titles since 5/7)