We've all thought about it, and this is what we think are the best games of 2014 so far.

Six months into 2014 and while the games haven't been as plentiful as would be preferred, we've still generally enjoyed playing a whole mess of games on Wii U and 3DS. So we decided to figure out what our favorite games were among the ones released from January 1, 2014 to June 30, 2014. Without further ado, here are Nintendo World Report’s Top 5 Games of 2014 (So Far).

Outside of some weird menu navigation, Mario Golf: World Tour is almost exactly what we wanted out of a Mario Golf game. The courses are impeccably crafted, the online tournaments and multiplayer are tons of fun, and there is a great balance between zany Mario quirks and excellent golfing mechanics. With tons of challenges, unlockable gear, quality DLC, and online tournaments, World Tour is an excellent entry in the Mario sports series.

Neal Ronaghan sez: "Mario Golf: World Tour succeeds in crafting a stellar golfing experience, one that will likely become a mainstay in multiplayer circles for a long time." 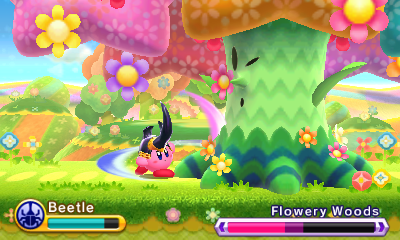 The announcement of Kirby: Triple Deluxe seemingly came out of nowhere, but it was a lovely romp when it came out in May. Picking up where Kirby's Return to Dream Land left off, Triple Deluxe improved on the classic Kirby formula while also taking advantage of what the 3DS has to offer, with excellent usage of 3D and fun gyroscope controls. Throw in the requisite Kirby bonus modes, including an addictive rhythm game and a fun Smash Bros.-inspired battle mode, and you have an excellent package fit for even the most inflated of Kirbys.

Bryan Rose sez: "[Kirby: Triple Deluxe] instantly feels familiar, but adds to the Kirby formula by adding a number of unique and interesting scenarios, through both abilities as well as the 3DS hardware. The learning curve is easy enough for any novice to pick up, and the charm and colorful graphics are easy on the eyes. It’s a wonderful platformer that is easy to recommend for anyone looking for a fun time on the 3DS." 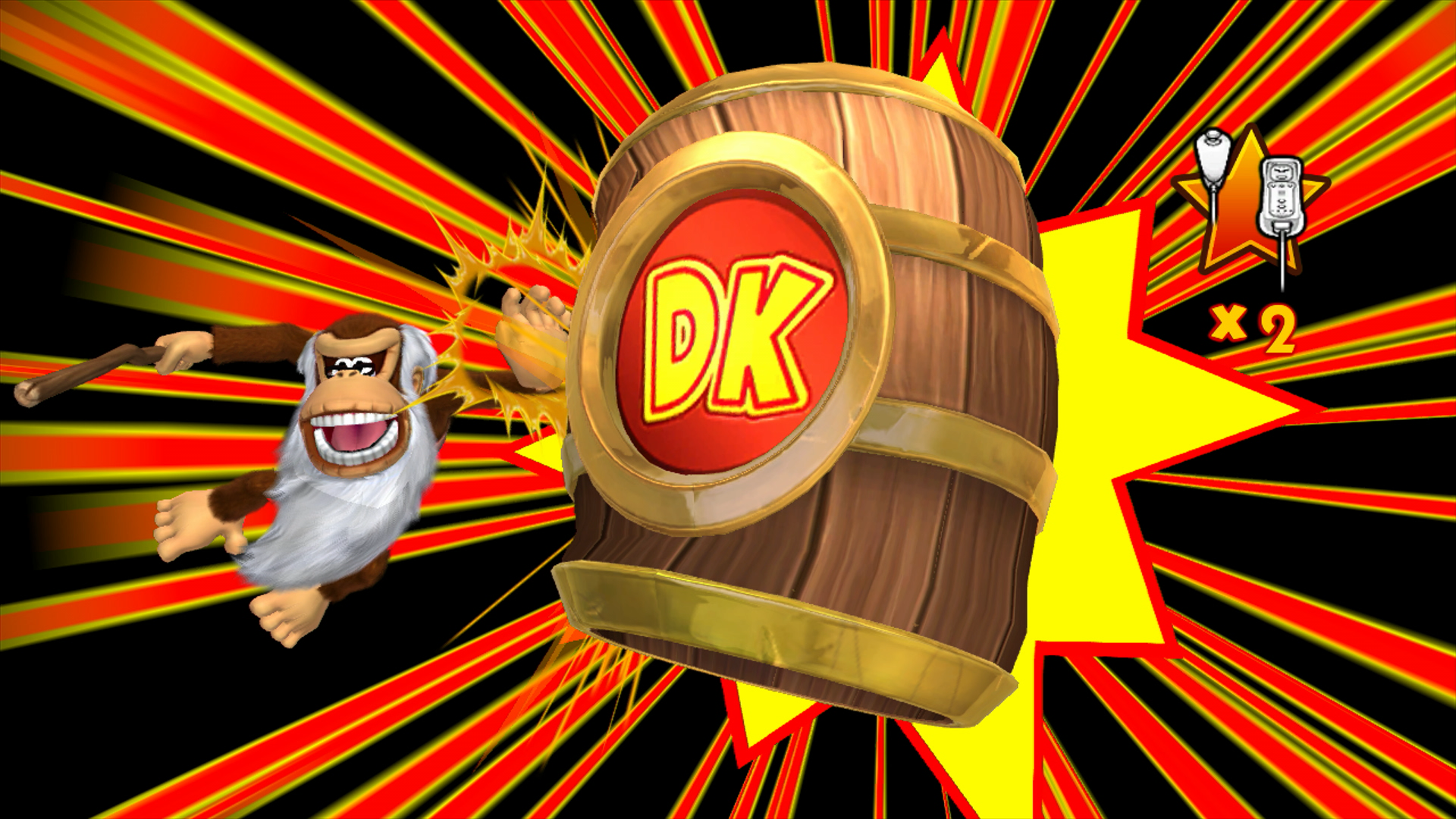 Donkey Kong Country: Tropical Freeze is an excellent sequel to an excellent game. Alongside a killer soundtrack by David Wise, HD visuals, and some cool camera tricks involving barrels and mine cart levels, Tropical Freeze also provided a bevy of gameplay additions. Cranky and Dixie Kong were added as meaningful new playable characters alongside Donkey and Diddy, underwater levels came back in full force, and the bosses were improved to fully test your mettle at the end of each world. Of course, the game also deserves credit for being tough and refusing to apologize for it. Not only did Retro remove the Super Guide that plagued the original, but the studio also added some levels that fully surpassed the difficulty of Returns.

Andy Goergen sez: "If you’re a Wii U owner looking for something to play, you really can’t go wrong here. It’s exactly the kind of game Nintendo does well, and it’s among their best." 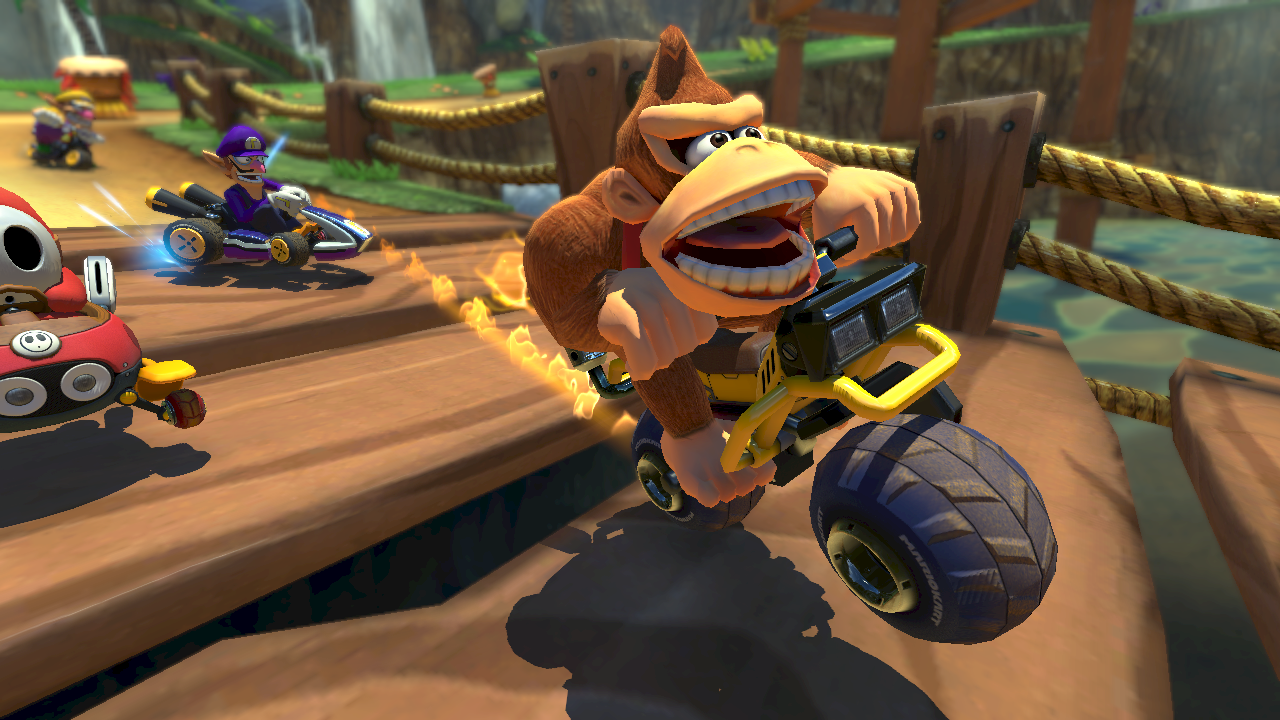 It's too early to determine whether Mario Kart 8 will ignite a long-term turnaround for the fortunes of the Wii U, but the series' gorgeous first foray into high-definition visuals has garnered Nintendo some much-needed positive buzz. It offers up the most polished Kart experience yet, nailing the feel of the franchise's refined racing action and putting forward a set of well-crafted tracks spiced with game-changing anti-gravity sections. Toss in improved online functionality and replay-sharing capabilities (Luigi death stare, anyone?), and it's no wonder Mario Kart 8 is getting so much love.

Zach Miller sez: "Mario Kart 8 is best when played locally, of course, but the online performance is nothing to sniff at, besting even Mario Kart Wii and Mario Kart 7, which both featured more difficulty finding games and experienced more dropped connections. I begrudgingly accept that this Mario Kart game is pretty legit, despite being the same old thing." 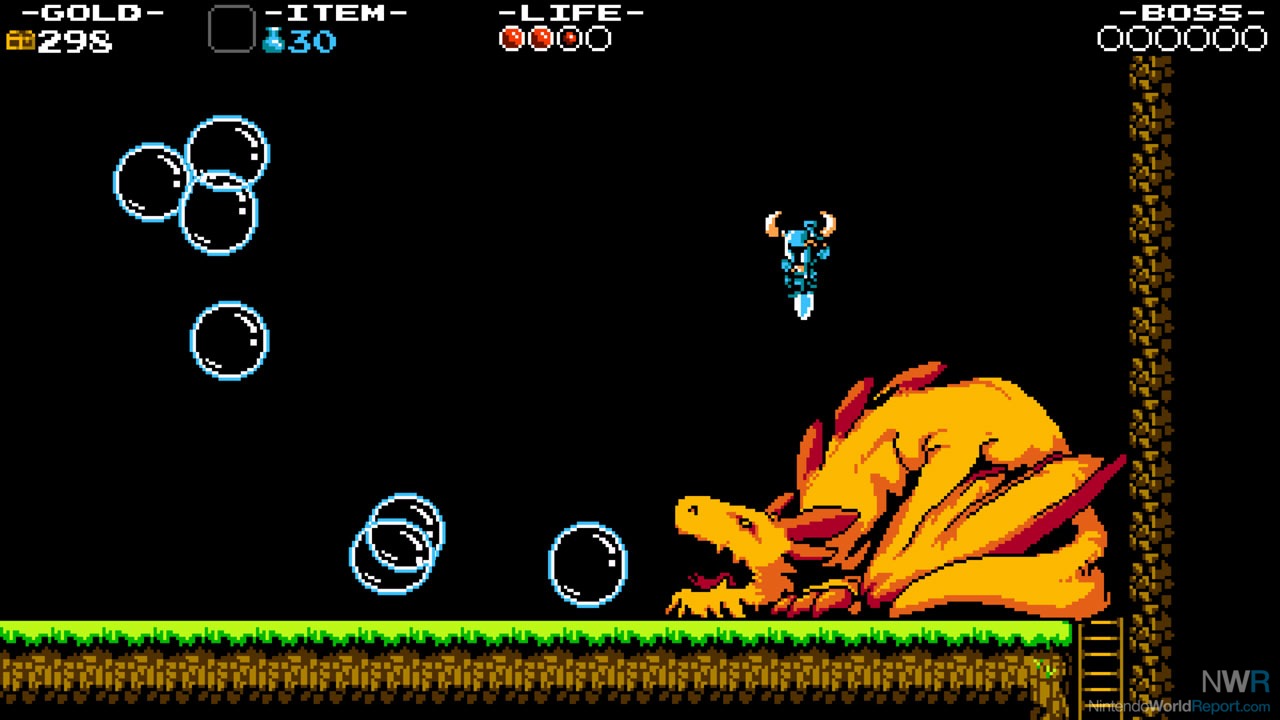 This is what you get when you crib only the best parts from such memorable NES titles as DuckTales, Mega Man, and Zelda II. Yacht Club Games has taken choice bits from a number of old action platformers, salted lightly, stirred, and served up the best possible retro game this side of Kickstarter. While its core gameplay may evoke memories of celebrated titles, Shovel Knight dutifully manages to forge its own identity, with a charming world and bombastic characters that ooze personality from every pixel. The heroic Shovel Knight, on a quest to save his beloved Shield Knight, treks through the realm challenging the evil Enchantress' Order of No Quarter. Though his quest be noble, our hero faces perils great and small. And whils't the game may appear brief in length, it hides its challenge well--completing Shovel Knight's quest brings one face to face with New Game Plus (not for the faint of spade) and a number of dastardly Feats And with additional content en route through the year, you'll be returning to this gem time and again.

Zach Miller sez: " Shovel Knight oozes personality and charm more than any game I’ve played in recent memory. The bosses pack more character development into a few lines of dialogue and carefully-animated motions than most video game characters do during an entire game. In particular, Shovel Knight’s story arc is beautiful, surprising and touching (stay after the credits). I was floored throughout the game—I agreed with just about every design decision Yacht Club made."

Best of the Rest

We had a lot of games that people listed as one of their favorites of the year so far, so instead of just blowing through the five amazing, spectacular games we listed above, here’s a list of honorable mentions. Some of our staff thinks these games beat the pants off of the games above, so, you know, they’re pretty great, too.

Wow. This list only reaffirms how weak of a year it's been for Nintendo-only gamers.


The situation isn't really so bad though. I still have a huge backlog of older games, plus a sizable list of upcoming games that I'm excited to play yet to be released. People with more free time might feel differently, but for me the reprieve isn't a problem.

Thus, I've been trying to finish Xenoblade this year so that it's done BEFORE I buy Xenoblade Chronicles X

To me, Donkey Kong is the king by a landslide. All hail the Kong.

Shovel Knight earned its spot. It may have been delayed forever, but yet it is a wonderful value for $15. Made it worth the wait because they did take their time with it.

Bravely Default shouldn't be in the runner ups. It was awful.

For Nintendo platforms only... this is surprisingly accurate, but I swapped DKC:TF and MK8. Allowing for other platforms, Danganronpa slides in to the 3 slot.

...is it just me, or is Shovel Knight making this year seem way better than it's actually been?

I haven't played a single game of this list.

I technically bought Shovel Knight being a kickstarter pledger way back. Too bad i still can't play it, because NoE.

1001 Spikes looks very interesting for me. But again -- NoE.

Even for the rest of the year there is only one exciting game for me -- Bayo 2.

Good thing Bayo is objectively worth ten times over as any other game. So in a way -- i'm packed.


Second best game of the year.

Holy shit, it's like NWR is comprised of more than just two people!!


Please Soren, this schtick is getting old.

Holy shit, it's like NWR is comprised of more than just two people!!

Please Soren, this schtick is getting old.