The game is still great; the music, not so much.

Because the game is more than seven years old now, I’m going to assume the majority of you are at least passively familiar with Super Meat Boy. If you’re not, maybe check out Daan Koopman’s review of the Wii U version. Pretty much everything Daan says there also applies here, and I’m going to talk about the things I particularly like/dislike about this version of Super Meat Boy. As a baseline, I love this game to death—I bought a used Xbox 360 specifically to play it all those many years ago.

Super Meat Boy on Switch is exactly as advertised: Super Meat Boy—but on Switch, making it portable. Yes, the game appeared on Vita several years back, but I cannot imagine playing it on that small screen, as everything is already very small. In fact, there are times where playing it in off the TV where some things (like keys) are a little too hard to make out unless your nose is up against the glass. 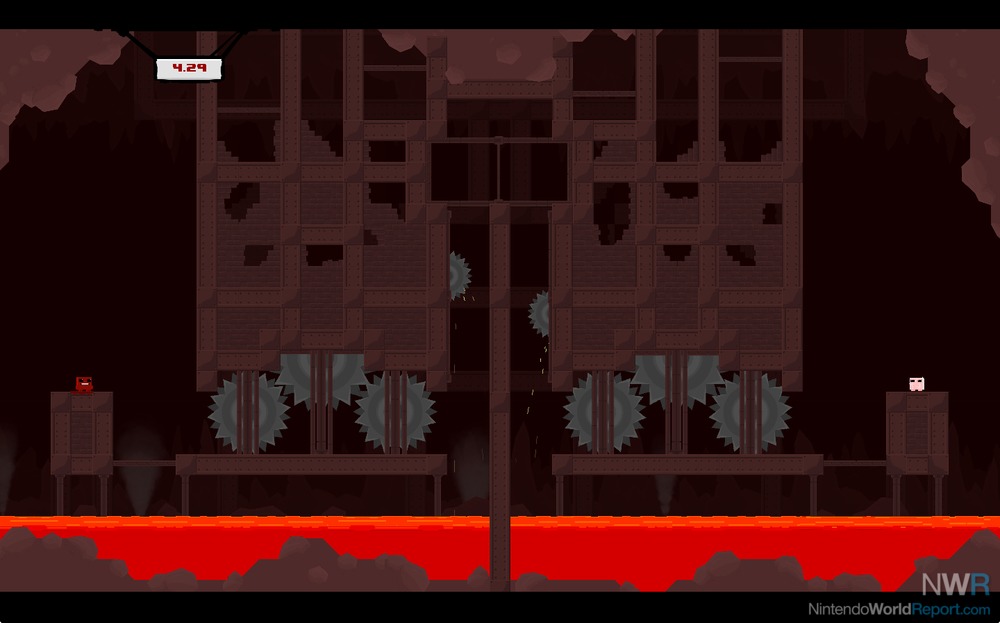 That said, having a portable version of Super Meat Boy is fantastic, especially now that I’ve played its spiritual successor, The End is Nigh. Switch functionality brings a couple new features to the table, such as leaderboards for every stage that rank folks based on completion time. I suspect this may elicit the kind of friendly rivalries among NWR staffers last seen in Runner 2, though I don’t see an option to only display friends’ times. Brand-new to this version of Super Meat Boy is a split-screen two-player mode in which each player takes a Joy-Con (or controller) to see who can beat an entire level first. I can’t quite recommend this for tabletop mode, because chopping the Switch’s screen in half makes very small things downright microscopic. However, it’s a great time on your TV. I will warn you that this is not a game to play with people who don’t play a lot of 2D platformers. They will quickly become frustrated.

But we have to talk about the elephant in the room: the soundtrack. As you may or may not be aware, the original Xbox 360 version of Super Meat Boy came with an exceptional hard-rockin’ soundtrack by Danny Baranowsky. You can listen to it here thanks to the power of the Internet. When the game was ported to Sony systems, Baranowsky chose not to license the music and so a new soundtrack was hastily throw together by various artists and implemented in the Sony, and all subsequent ports, of Super Meat Boy. Taken by itself, there is nothing inherently wrong with this new soundtrack…but it just can’t compete with Baranowsky’s iconic original. My solution has been to mute the TV and listen to Baranowsky’s soundtrack on my phone. Your mileage with that technique may vary. I want to stress that the soundtrack issue in no way compromises how good Super Meat Boy is from a gameplay perspective, but it doesn’t sound the same anymore and that makes me sad. 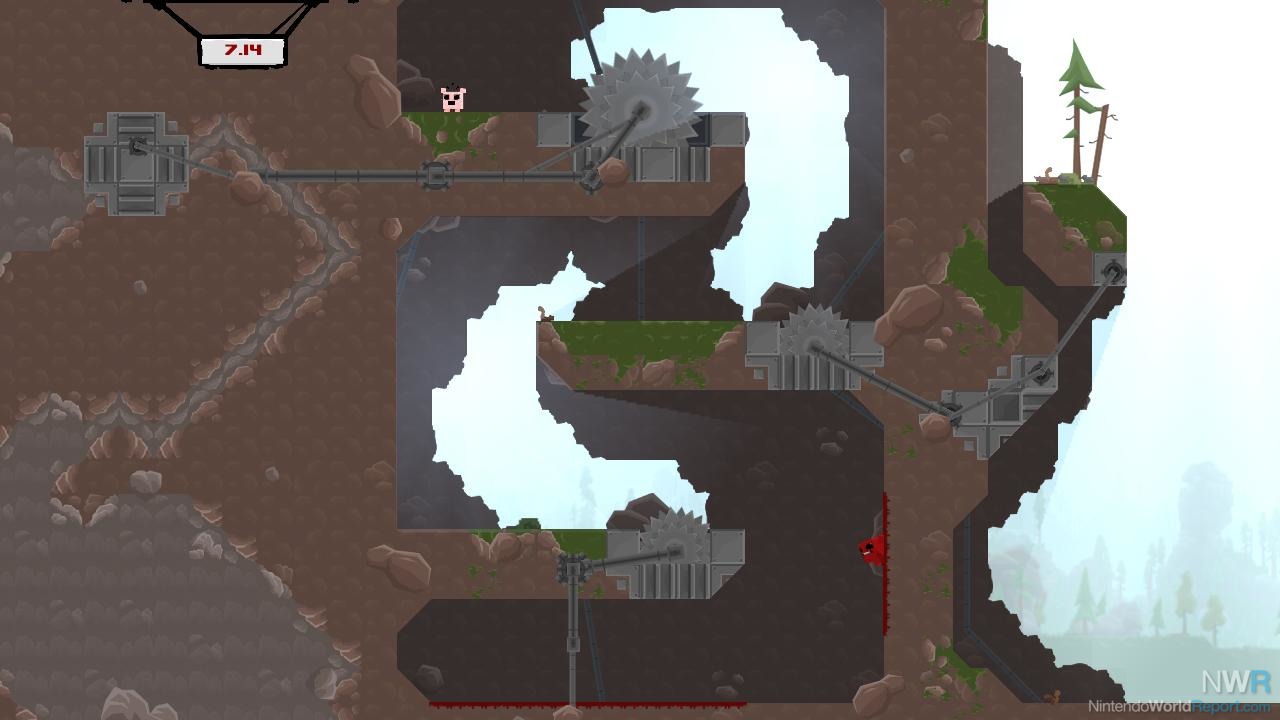 One thing I do appreciate about Super Meat Boy is that you can sort of tailor the difficulty to your personal preference. Just critical-path'ing the game isn’t that bad, but then you might try to get all the bandages and warp zones, which adds a layer of difficulty. After that, you might try to get A+ grades on every normal stage in order to unlock the dark version of that stage, which is another feat. And then, if you really want to torture yourself, you might go after all the bandages and warp zones in the dark stages, which is straight-up masochism.

It feels great to be playing Super Meat Boy again, despite the soundtrack problem. I can’t say enough good things about it, but you should know that the difficulty ramps up pretty steadily and somewhere during the third world, the gloves really come off. Enjoy the Warp Zone of World 5-7, kids! If you can find a similarly-experienced buddy, the two-player race is really quite fun.

So if I never played the original I wouldn't have any issue with the music, right?

Probably not, no. And don't click that link to the original soundtrack either, lest your eyes be opened.