Aesthetics are a huge factor for puzzle games, whether I consciously think about them while playing or not. Consider Picross 3D, one of my favorite games of all time, and how when you complete a puzzle, your voxel solution animates alongside a pleasant visual flourish. That celebratory reinforcement and charming presentation goes a long way into making a brain-wrinkling puzzle game stick with me. Such style and panache is what helps make the novel mechanics of Freshly Frosted soar beyond the highest highs of similarly styled puzzles. The first internally developed game from The Quantum Astrophysicists Guild since the fantastic Tumblestone in 2016 was worth the wait because Freshly Frosted is incredible. 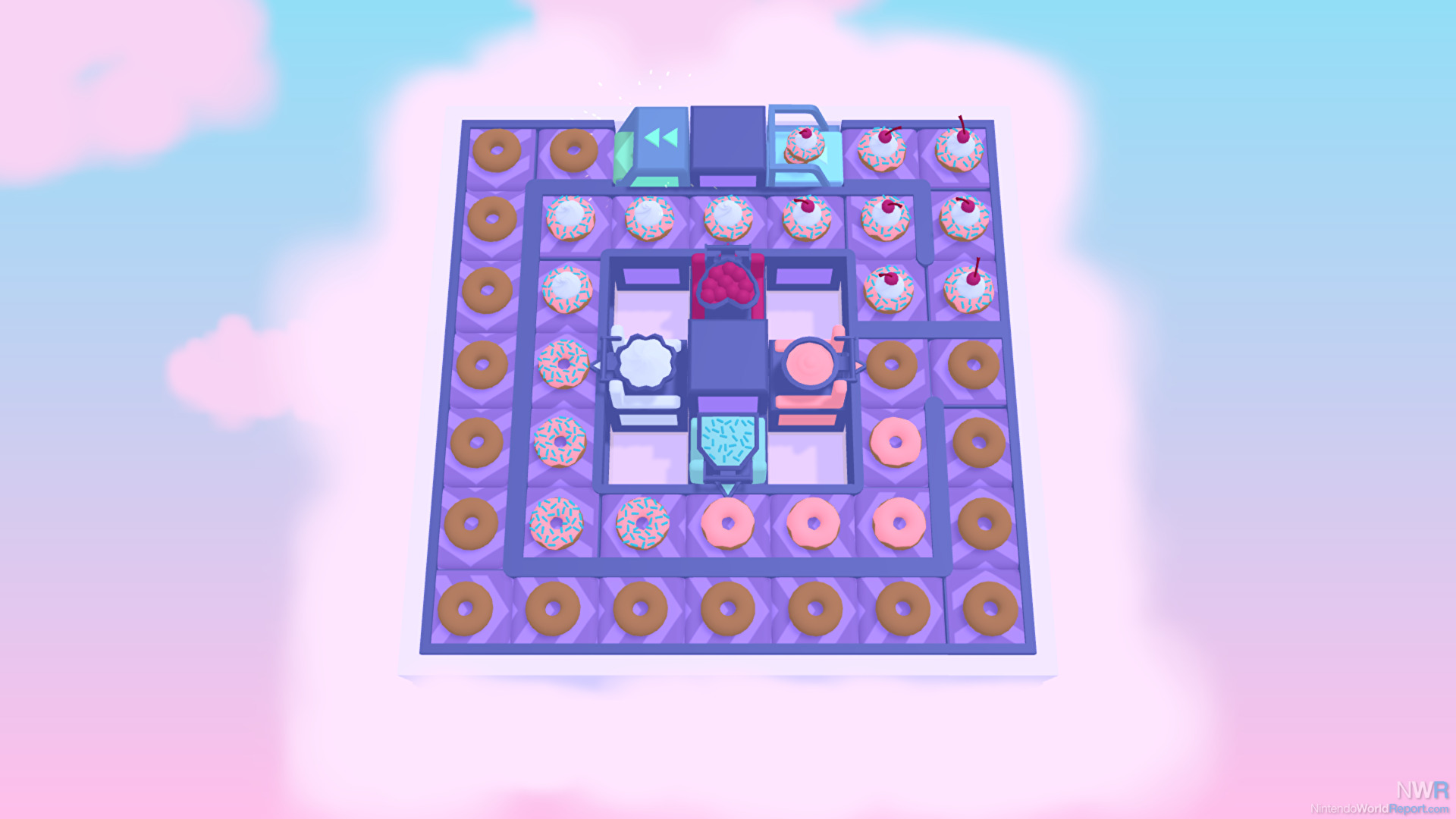 It consists of 144 pastry-themed dilemmas split between 12 donut boxes. In each puzzle, you have to lay down a conveyor belt track to guide donuts through various stages of decoration before leading them to delivery. It starts simply, where you just need to lead a single donut to get iced before getting shipped out, but eventually you’re navigating multiple donuts needing some combination of icing, sprinkles, whipped cream, and cherries. The complexities emerge quickly, but the soft pastel colors, soothing music, and encouraging ASMR-esque narration help to keep the mood chill. 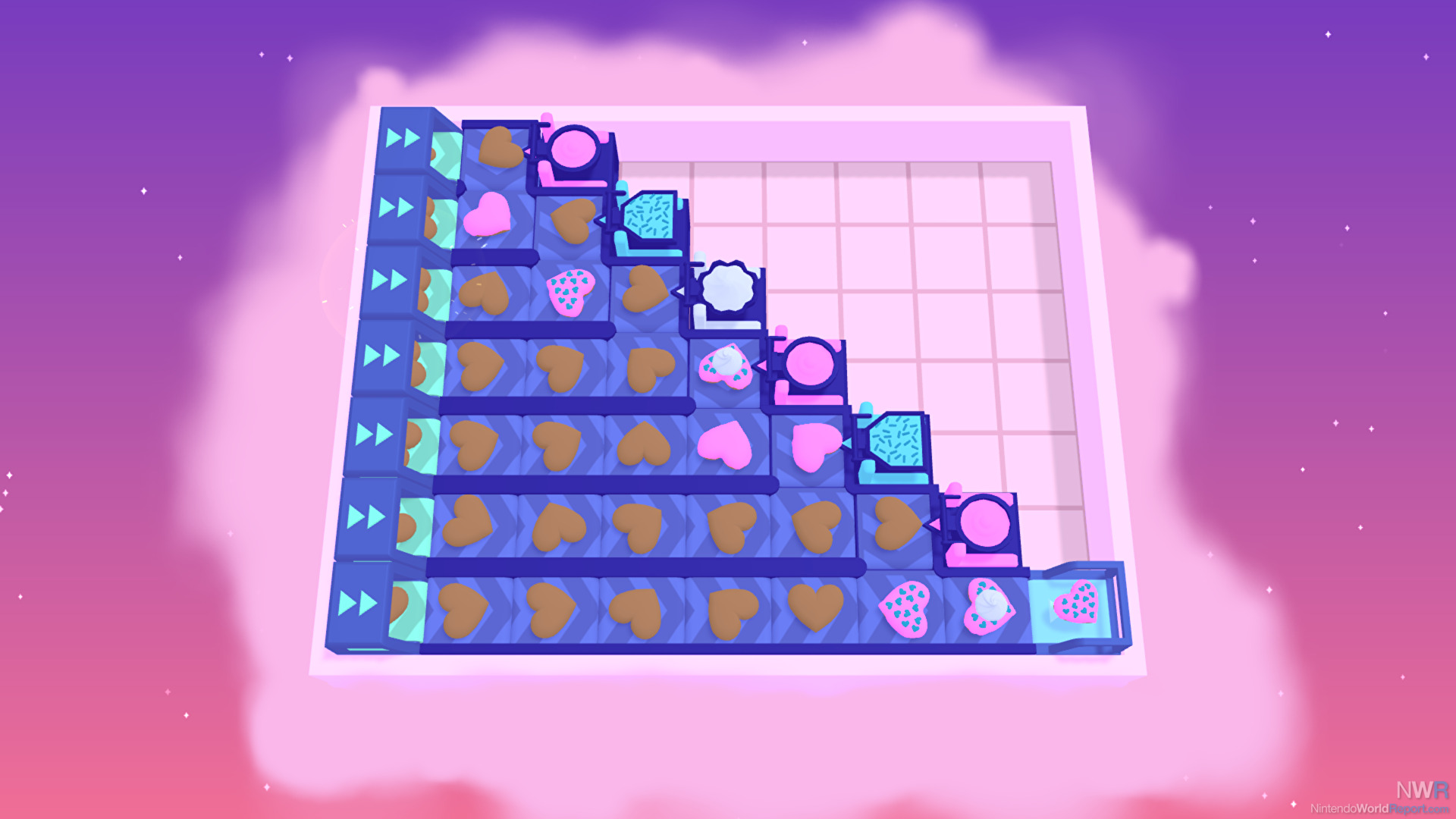 The challenge, which slowly ratchets up to a high difficulty, is made more manageable by a hint system and the ability to skip any bothersome puzzle. Freshly Frosted doesn’t mess around, but it also makes sure you don’t have to beat your head into a wall. I wish the hint system was more nuanced as it only offers an initial hint of how part of the conveyor belt should be placed, but if you’re truly hard up, there are already guides and such online to help you along your donut-making path.

Ultimately, though, that is a minor quibble because Freshly Frosted is so wonderfully dense with variety. The goal always remains the same, but each set of puzzles layers on new mechanics in a way that makes you feel clever when you figure it out, without being too overwhelming. Early on, you usually have to use every square on the stage, but later challenges force you to better internalize what to use and what to avoid. If you do get stumped, the reassuring narration has a few helpful hints as it reacts to a handful of common issues you might run into. 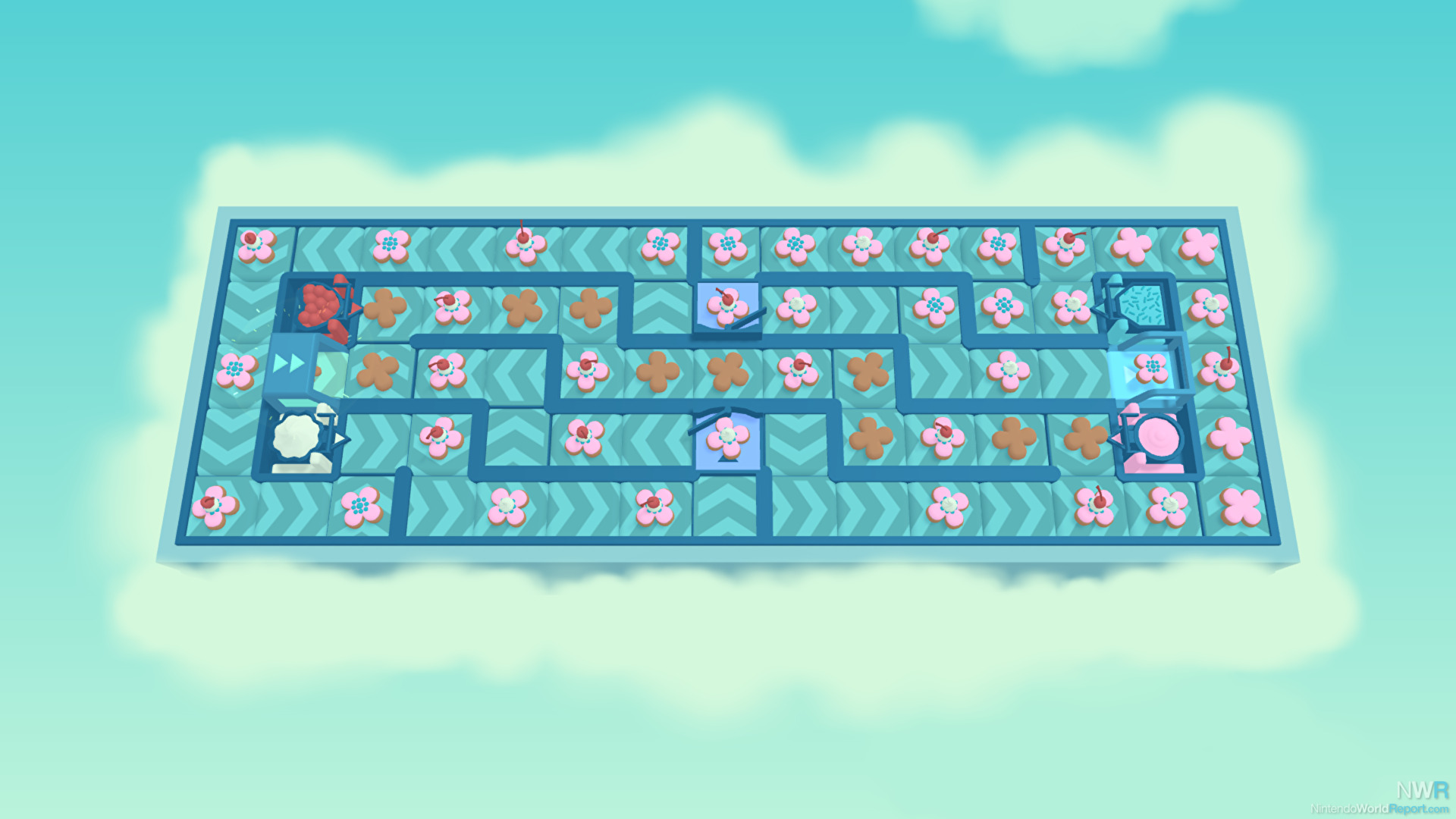 I should have known better than to doubt the minds behind Tumblestone (seriously, check that game out), but Freshly Frosted blew me away with how much I enjoyed it. This is a delectable artisanal puzzle game that absolutely should not be missed by anyone who is down for a relaxing time with some good brain-teasers.