An update that struggles to take flight

Originally released on Nintendo Switch in 2019, Eagle Island ran hot and cold. The graphics were delightful and there were plenty of accessibility options, but the core game ultimately fell flat. As stated in our original review, the roguelike nature of the game made for an experience that felt stale and repetitive. Pixelnicks, the game’s developer, took the feedback to heart and attempted to remedy such problems by releasing an update that includes a brand new, standalone adventure: Eagle Island Twist. 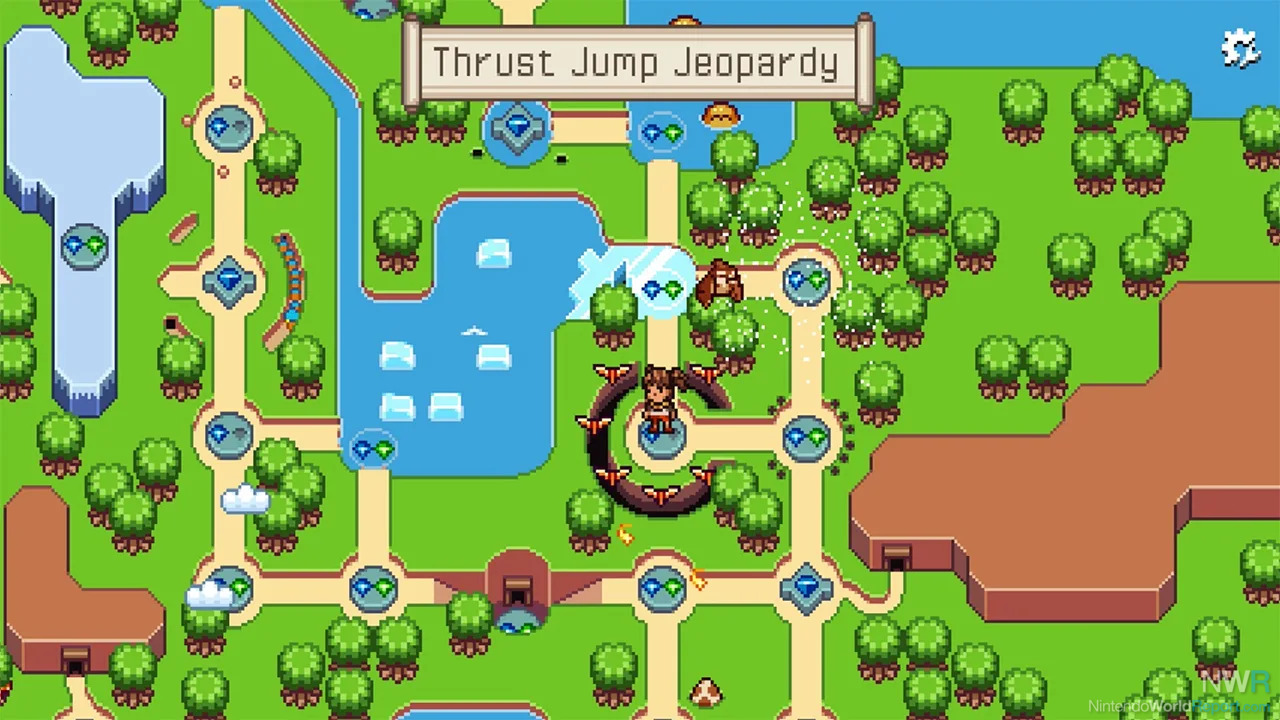 Before getting into the game itself, let me state that it’s incredibly commendable that Twist is a free update to the original. The game could have easily stood alone as a sequel or a separate download from the eShop, but having it as a free update really adds to the value of the original package, as imperfect as it was. The biggest change in Twist is that the game is no longer a roguelike. There is now a world map with 45 handcrafted levels, each with their own gimmick and theme. Levels are mostly linear, with the aim to reach the shattered crystal piece at the end of the stage. There are coins and other gems hidden throughout each stage, but for the most part, the adventure is straightforward. 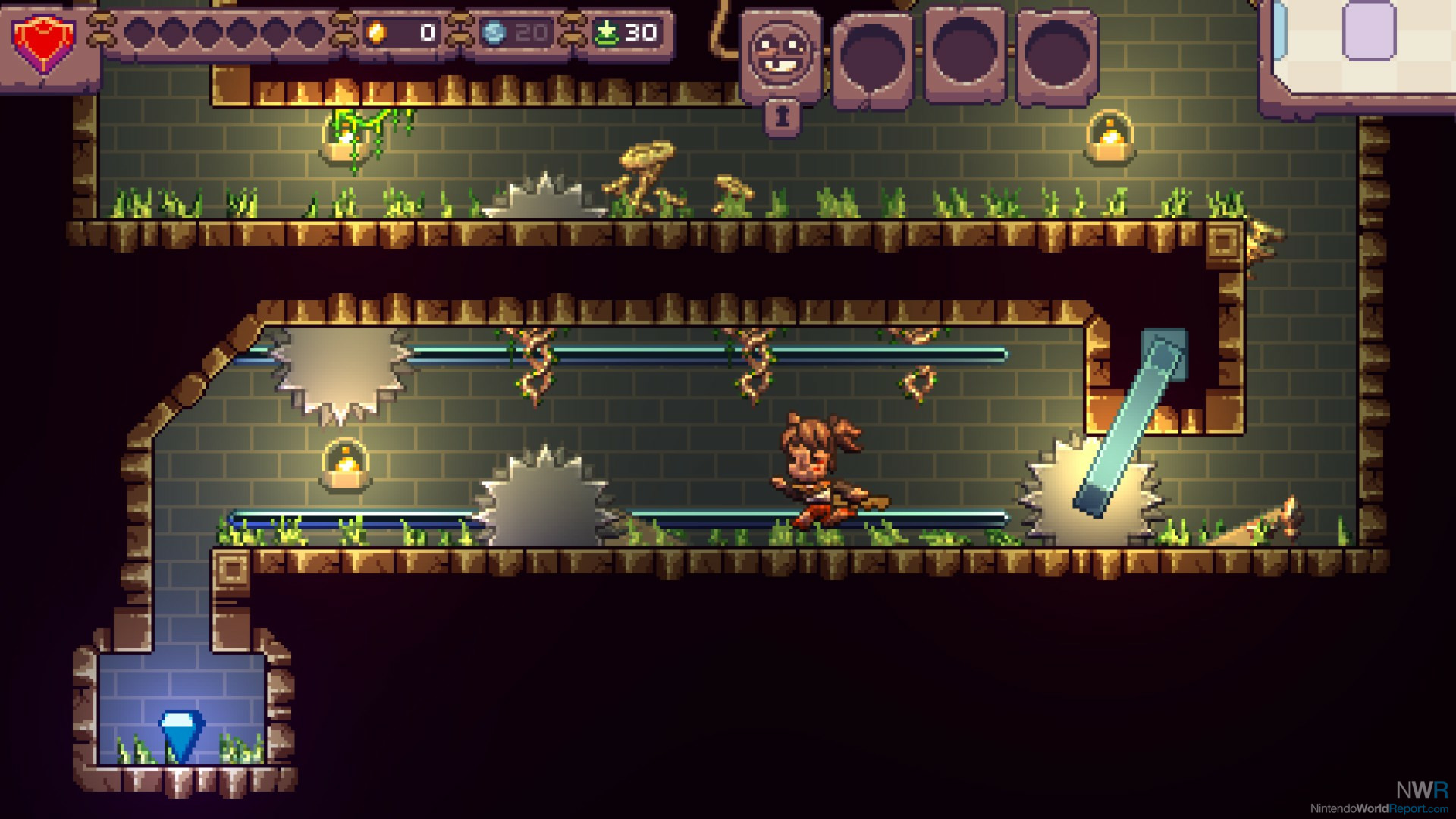 While the level structure differs from the base game, Twist plays and controls largely the same. You control Fia and your pet owl, Kusako, who you can shoot out as a projectile. Kusako can still use different elemental powers, like fire, ice, and electricity, as well as a few new techniques to keep things fresh. The game overall feels great to play, with controls and accessibility options making for a smooth feeling adventure that anyone can pick up. Most levels now have a unique gameplay gimmick attached to them, such as a level where you have a spring jump or one where you leave a trail of ice behind you wherever you walk. One issue these level-based gimmicks bring up, however, is the inconsistency throughout the entire experience. Since very few gimmicks are ever reused or built upon, the levels each feel disjointed from one another. The quality also varies immensely, with some levels being incredibly bland and boring, such as the ones where you use Kusako as a light source. Others are great throwbacks to past classics, such as a full recreation of Super Mario Bros. World 1-1. Even though the gimmicks aren’t repeated, the stage themes are incredibly overused. There are plenty of cave levels, grassland levels and underwater levels that all look incredibly similar. If you put them side by side, it would be difficult to tell the difference between any two themed levels, and it gets stale very quickly. While clearing every level is not required, and you can certainly skip some of the poor and repetitive ones, it is impossible to avoid them all, making for a wildly inconsistent adventure. 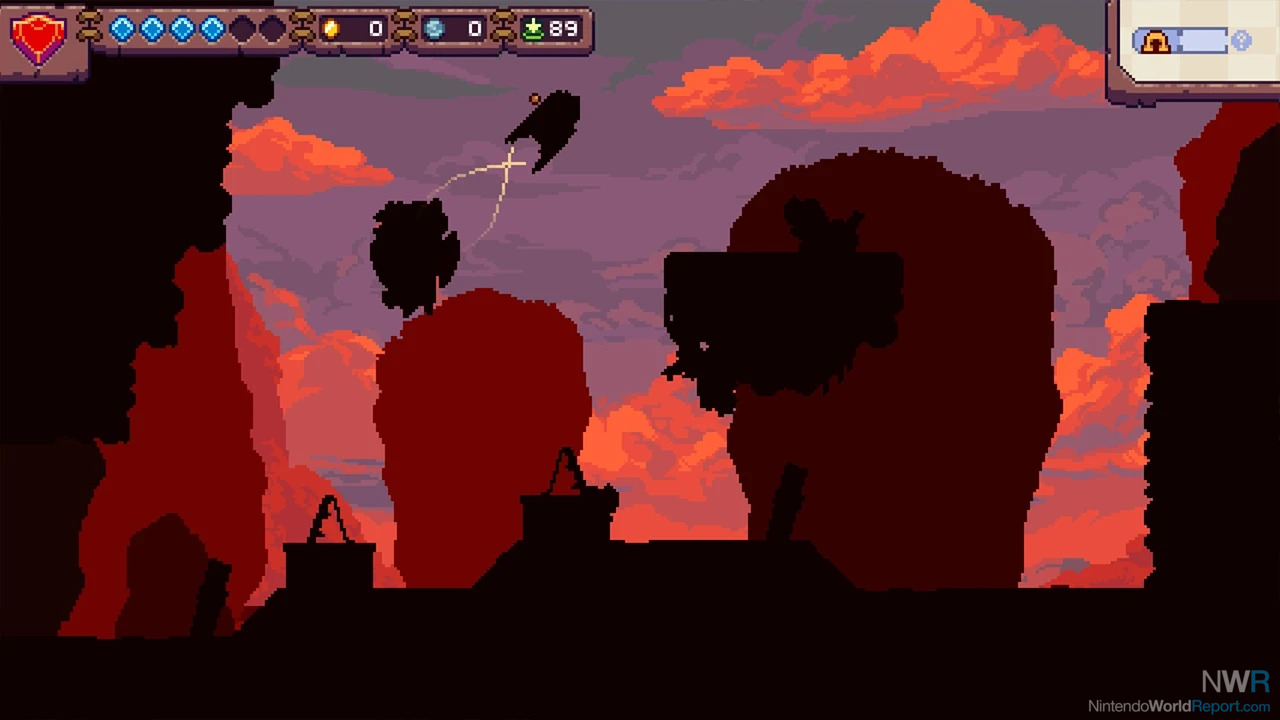 One area where the game really struggles is with its difficulty. On regular difficulty modes, you only have three hearts, and healing hearts drop very infrequently. Combined with some poor hitboxes and cheap enemy placements, the game becomes a frustrating and repetitive slog that only improves when you lower the difficulty to easy mode, where you get eight hearts and much more frequent healing opportunities. Checkpoints are also infrequent enough, regardless of difficulty, to make each stage drag less. Most levels only have one checkpoint midway through the stage, but some of the levels can go on for ages, especially when you’re trying to track down all the hidden collectibles. The worst offender for the difficulty spikes is the boss fights. Each one has some incredibly cheap attacks that either home in on you or cover the screen, making them impossible to dodge most of the time. While most don’t have too much health, the encounters can last far too long as the difficulty is borderline ludicrous. 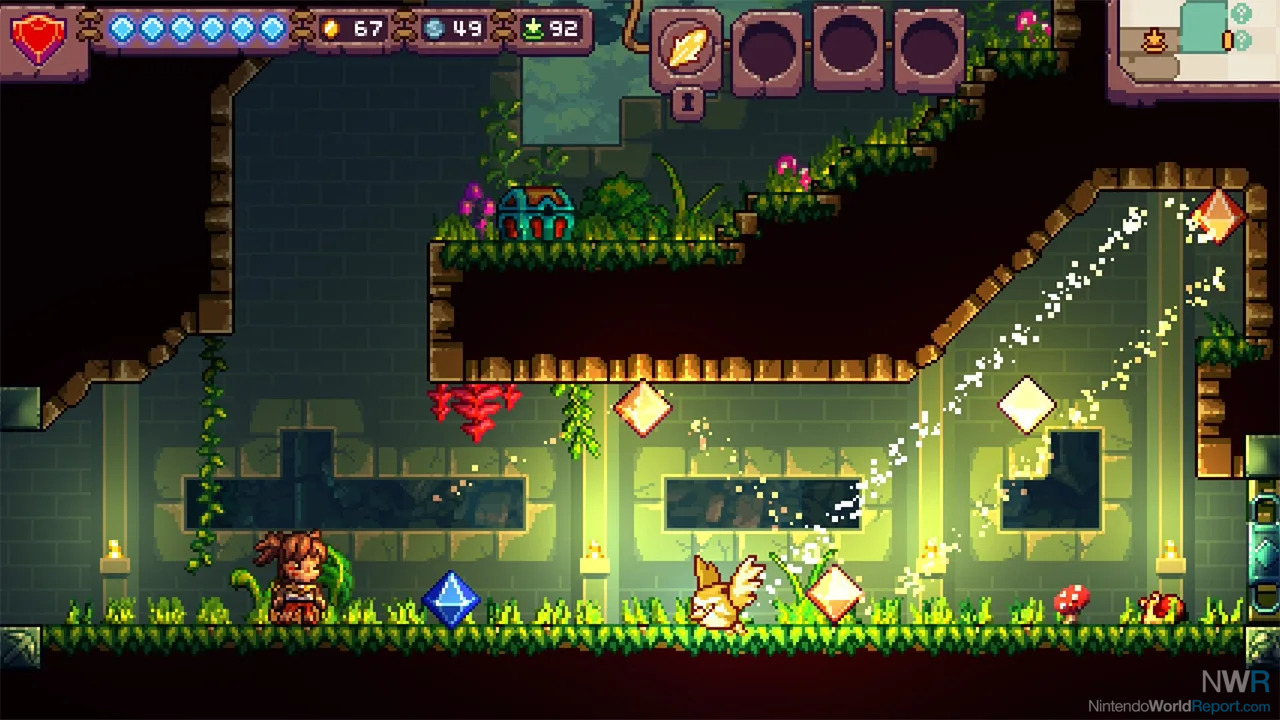 Ultimately, Eagle Island Twist suffers a similar fate to the original release. The core game is ultimately lackluster and repetitive, even though it looks and controls great. Mix that with some questionable difficulty choices and you have an adventure that feels like more of a chore than an enjoyable experience. At the end of the day, it is impressive how Twist attempts to fix all the original game’s problems, even if it doesn’t quite succeed. If you didn’t enjoy the original’s roguelike nature, there might be some value here for you, as it is a free update for everyone. Otherwise, if you were on the fence about purchasing the game, there are still far more enjoyable 2D platformers out there that are much easier to recommend.