A gorgeous pixel art platformer beset by repetition and boredom.

Eagle Island, a new platformer from developer PixelNicks, has the makings of a great indie adventure. The spritework is elegant, paired with excellent animation. Platforming and jumping flow nicely, even more so with the unique falconry-based combat and combo system. An overburdening of conflicting concepts and a repetitive structure chip away at the shiny veneer, unfortunately, and the end result is fleetingly enjoyable but constantly at odds with itself. 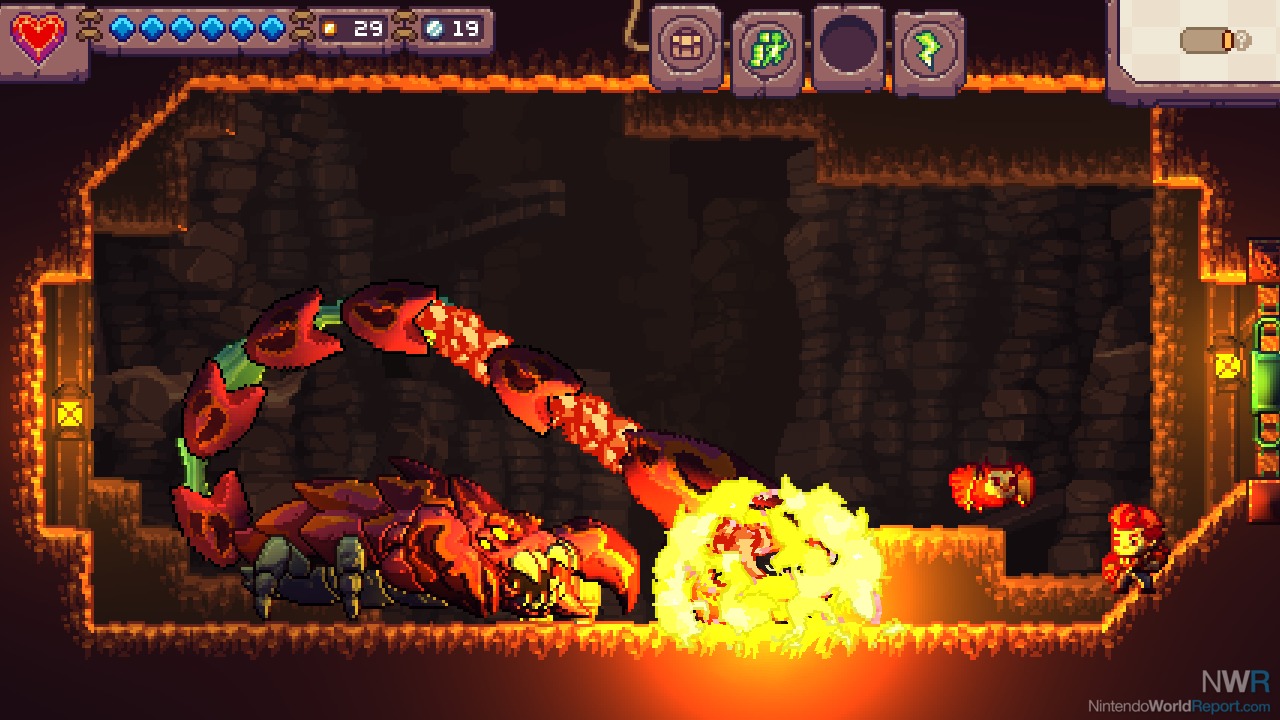 Normally, I’m all about procedurally-generated design, even when coupled with roguelite elements, but Eagle Island sets this up in the most humdrum way possible. Your seed is created at the start (I dabbled with the official seed and some random ones). What that means is you do some light overworld exploration and then find different dungeons. Each dungeon has a predetermined generated structure. The dungeons feature no checkpoints so when you die, which is fairly common on everything but the easiest difficulty, you restart the entire level. Due to that, the dungeons are fraught with boring repetition. Since everything was predetermined, it just meant I had to repeat stretches a lot when I failed, and this game is too slow paced and plodding to hold up to so many continuous replays.

Your basic attack involves sending out your bird to attack enemies in cardinal and diagonal directions. Each avian move needs thoughtful execution since the bird takes a while to get back to you for another hit. All of this can be chained if you hit enemies in rapid succession, which is one of the few ways you can regain health. The combos are fun, but aside from a decent roster of limited special attacks, it never evolves. 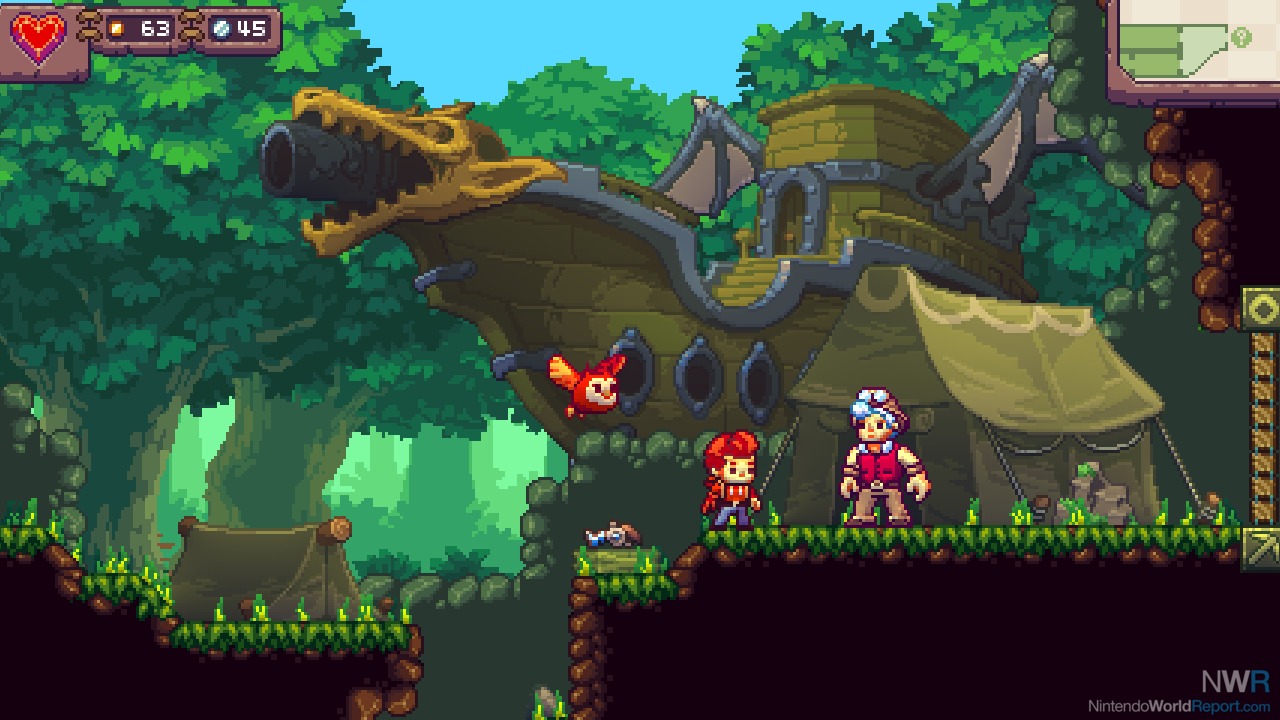 Some aspects of Eagle Island’s design are tremendous, though. It’s filled with accessibility options and variable difficulties (though the difficulties appear to be locked into place once you start your adventure). You can tweak the visual display, the user interface, and the difficulty in minute detail. A pure roguelike version of the game that ends after a single death is there too, as well as a daily challenge and leaderboards. It’s not wanting for options.

This is a game where the world is beautiful, made better by the strong soundtrack, but for the most part, all you do is desperately avoid death and deal with the same repetitive combat and elementary puzzles. It’s disappointing because the enemies are varied, with unique movement and attacks. Bosses are interesting and detailed, though reaching a boss for the first time has an added anxiety since death could plunge you through repeating the same meandering preceding stretch. 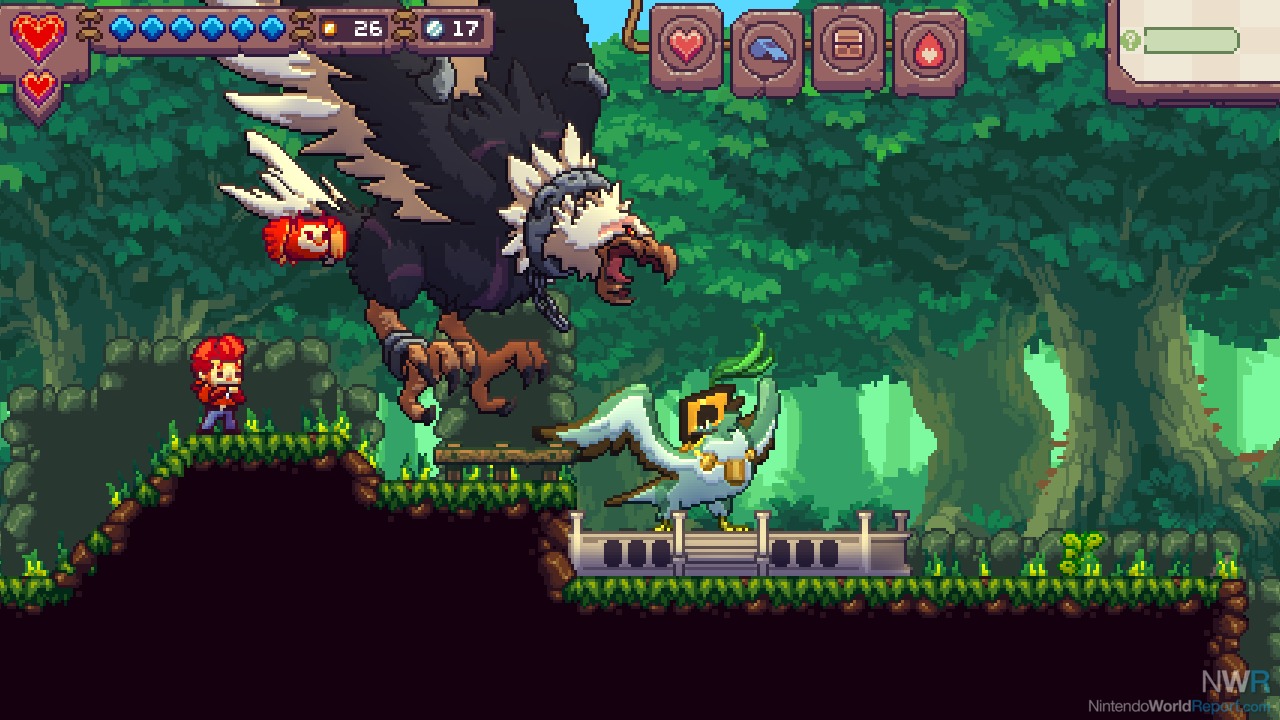 Overworld exploration staves off some of this frustration, but it’s such an overall minimal aspect of the game that it barely registers in the grand scheme of the quest. Secrets are scattered around, but everything just drives you to the same procedural dungeons with the same staid flow. If you’re the type of player who loves to expertly complete a predetermined set of enemies and challenges as efficiently as possible, Eagle Island is probably up your alley. For me, it lacks a sense of wonder and exploration in its gameplay.

Eagle Island is rife with outrageous promise, but despite its beautiful art and sound fundamental controls, everything else on the periphery falls short. This is an elegant trip that is overburdened by pratfalls and reiteration.