Famicom Detective Club: The Girl Who Stands Behind (Switch) Review

Nintendo’s second child of the Portopia Serial Murder Case is a short but sweet affair.

The Famicom Detective Club games really shouldn’t need a Machete order, but it has to be reminded up front: The Missing Heir is the first in release order, while The Girl Who Stands Behind is the first game in-universe. With that bit of chronological confusion dealt with, The Girl Who Stands Behind is a fine adventure experience that is also a bit of Nintendo history - though if Nintendo of America did bother to localize this game in 1990, it would’ve been beatable in a rental barring some Earthbound Beginnings-esque difficulty spiking.

The story of The Girl Who Stands Behind takes place in an unnamed major Japanese city with your self-named character running away from home and being taken in by a detective named Utsugi. After being drafted into the Utsugi Detective Agency, your first major case is to investigate the death of a young girl named Yoko who is found washed up on the bank of a river after being strangled. It’s quickly found that Yoko was investigating a rumor of “The Girl Who Stands Behind”, a ghostly figure who apparently stalks the high school, and you have to work with various school staff and students (including series regular and Smash spirit Ayumi Tachibana) to unravel the mystery of not only Yoko’s murder, but a second murder that took place fifteen years prior that is about to become a cold case. It’s pretty standard fare for a murder mystery game of the time, right down to having one major plot hole that would only become obvious in hindsight. (Without spoiling anything, I’ll only pose this question: Wouldn’t the smell have given something away?) Still, it’s a plot that made me go through about six different potential perpetrators before the endgame, so it’s a good mystery.

As with most adventure games, there’s really only one path through the story, and a critical path run of the game can probably wrap up in 5-6 hours depending on the reading speed of the player. There are theoretical incentives to replay the game, such as the player character’s compatibility with Ayumi - I am not making this up - but they’re not much of a reason to carry on. If you do happen to play The Missing Heir first, its save data will be detected by The Girl Who Stands Behind and instantly load in the assigned protagonist name: presumably the same happens if you play in the opposite order. It’s not necessary for the experience, however. 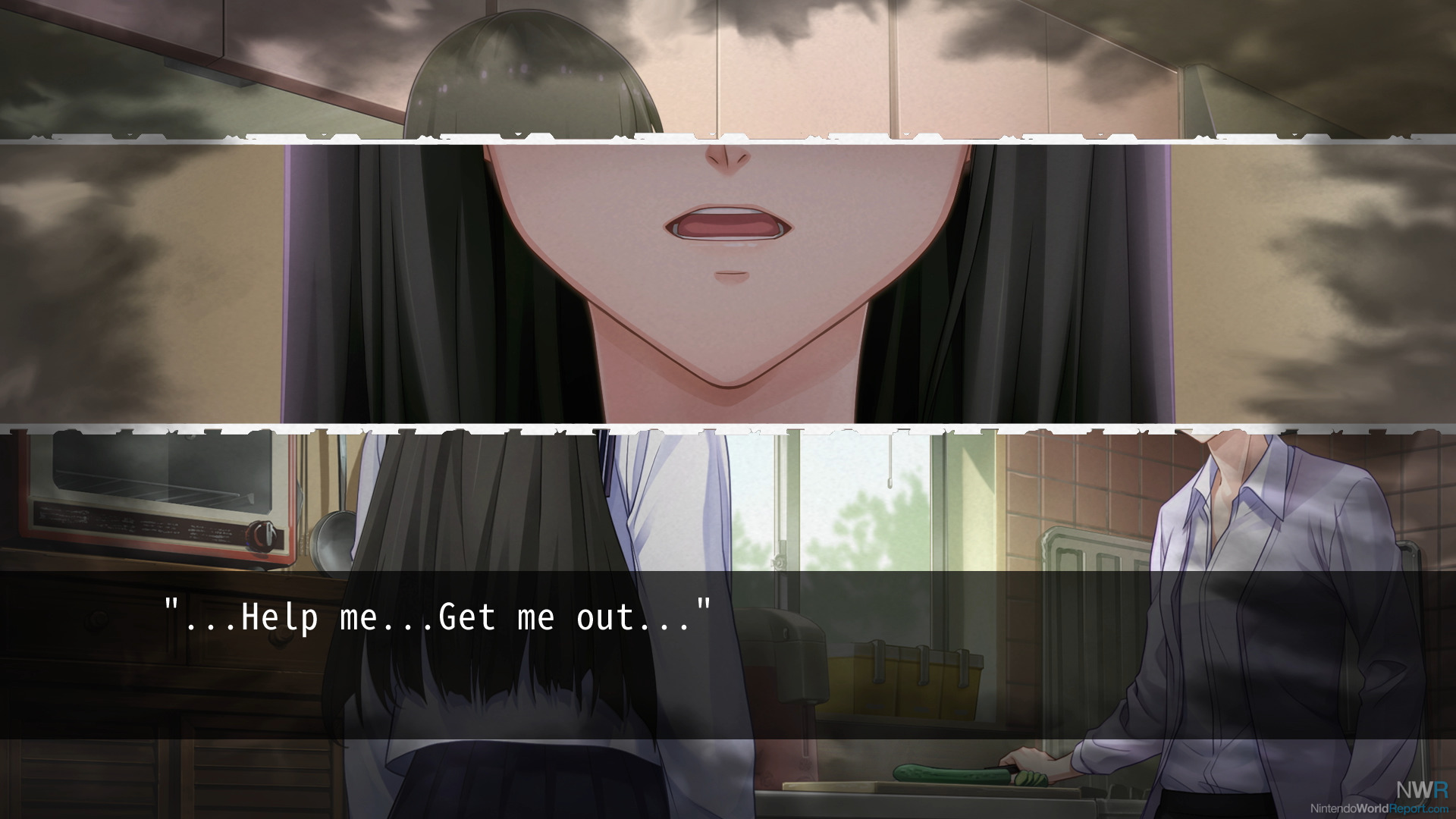 Also see: Yours truly trying to edit the video review.

As befits a late-80s adventure game, there are moments of hair pulling that will have you running for the walkthrough. It’s not quite “use this cat’s fur to make a beard to fool a guard” bad as would be seen in Sierra-developed titles later, but there’s still frustration to be had. Most of the interactions in the game involve picking from a menu, and there were times when I would be met with a series of silent ellipses as I picked through every option in the vain hope that SOMETHING would trip the flag that would let me move the plot forward. The other major point of interaction is the “look” command, which when the “Where?” option is selected, brings up a magnifying glass and lets you pick at things on the screen at the time. Early on, there was an examination of the location where the body was found which had me scrolling around and hitting multiple items until I found a piece of trash that was blocking the view of the victim’s student ID card. This is also the game with the “have to check the clock on the wall to get confirmation someone’s where they should be” scene as described on episode 722 of Radio Free Nintendo. And yes, it’s as stupid as Syrenne said it was.

A lot of the appeal of the Famicom Detective Club being localized is that it’s happening on the Switch, and Mages (developers of fine semicolon-ed games like Steins;Gate and Robotics;Notes) were brought in to bring the game’s looks up to modern standards. They did a fine job in this regard, with crisp graphics that make every character stand out and an all-star voice cast with every line vocalized. It’s also possible to switch between three different soundtracks on the fly: a new arranged soundtrack, the original Famicom game’s chiptunes, or the Super Famicom remake’s music and sound effects. I ended up rolling with the Super Famicom music for a while and it didn’t feel out of place.

The Famicom Detective Club has the feel of a modern adventure game, even if the gameplay still dates back to a time when I was in grade school. It’s well voiced, looks great, and is a good if brief ride that shouldn’t tire you out before we fall back in time about a century and a half in a couple of months.