A thoroughly daunting and overflowing RPG intersection that will pay off for invested Trails fans but comes with a hefty dose of required Rean-ding.

It would be a tall but tolerable task to ask players to have completed three previous Trails of Cold Steel games prior to jumping into the fourth and final one. Even though that lengthy endeavor is well worth the close to 200-hour investment, Nihon Falcom takes it a step further by including a multitude of character and storyline payoffs for players who have also completed the Trails in the Sky trilogy and the Crossbell arc (not officially localized into English). While it’s hard not to applaud Falcom for their commitment to weaving such an intricate and grand narrative within a single setting and across at least three separate sub-series, the overall impact will feel someone muted to players who are either coming to Cold Steel IV as their first Legend of Heroes game or who haven’t played through as many adjoining games as possible. Don’t get me wrong, though: Trails of Cold Steel IV is a superb turn-based RPG, but it’s clearly designed as the culmination of over 10 years and nearly 10 separate games. The fewer trails you’ve blazed, the more likely you are to be getting the cold shoulder.

For an in-depth breakdown of its mechanics and gameplay, which are mostly unchanged from Trails of Cold Steel 3, please check out my review of that game here. What follows will inevitably tread into very light spoiler territory given how much of Cold Steel IV is a direct continuation of the previous game (Cold Steel III Part 2, if you will), taking place a mere two weeks after the final battle of Cold Steel III, which ended on a massive cliffhanger. If you’re coming to the series fresh and aren’t sure if it’s for you, the Cold Steel III review will be a good litmus test. At the very least, make sure you’re somewhat aware of the events of the first three Cold Steel games before proceeding any further. Ready? It’s Rean time!

Well, not right away. The multi-hour prologue is heavy on story and light on gameplay, and even the first combat/tutorial sequences involve characters very much secondary to Trails of Cold Steel I through III. Eventually, you’ll gain control of the new Class VII members, Juna, Kurt, and Altina, who wake up in a magical town known as Eryn. For the first act, which lasts somewhere in the 12 to 15-hour range, Eryn functions somewhat like the school setting from previous Cold Steel titles (complete with nearby, multi-floor dungeon), but the field studies are replaced with a mission that spans multiple days and locales: meeting up with former Thors students and allies with the overall aim of rescuing series protagonist Rean. It’s a common refrain that some RPGs don’t really get good until the 20-hour mark, and while the early parts of Cold Steel IV are fine, the absence of Rean in the leading role is felt just as much by his students and former classmates as it is by the player. 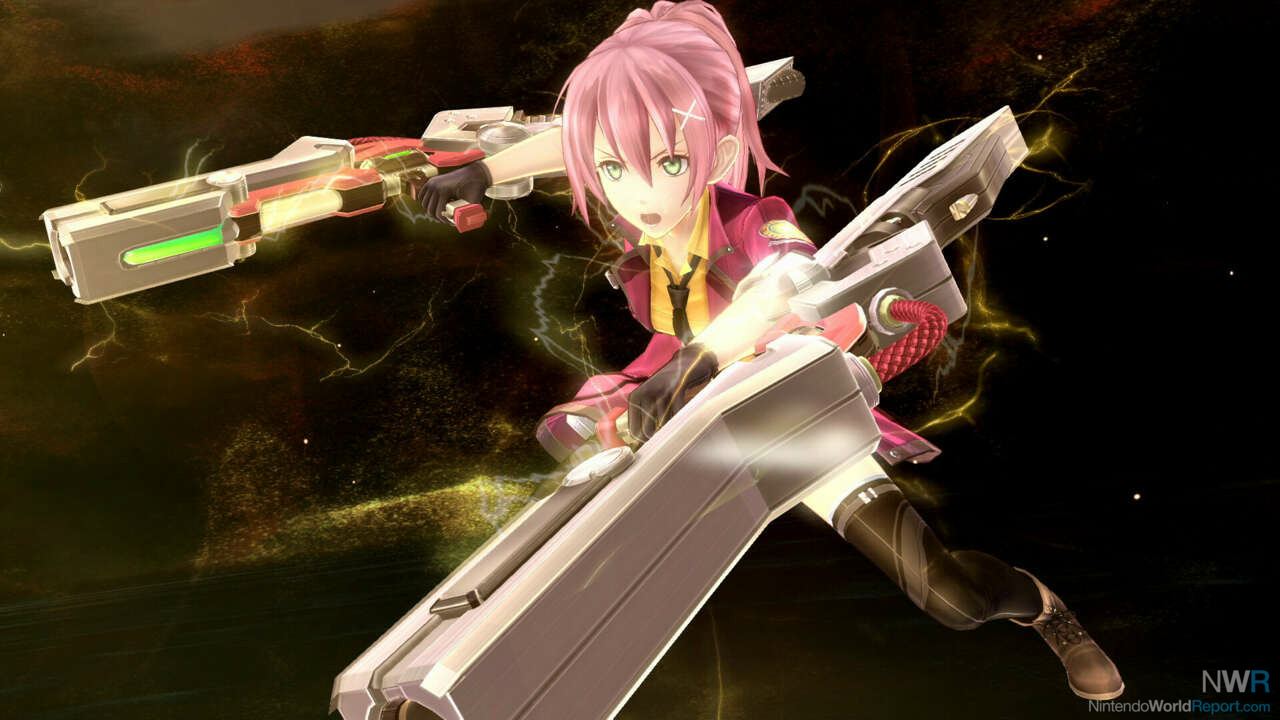 When Rean does return to the fold, the gameplay loop for the remainder of the story solidifies, and your party starts to balloon in size. On board an airship, Rean and his cavalcade of pals begin working toward a new objective: preventing the all-out war that has been percolating and come to a head by the end of Cold Steel III. In addition to a curse sweeping the country of Erebonia, galvanizing much of its citizenry for the imminent war with Calvard, members of Class VII new and old have to contend with powerful foes past and present as they strive to find their own way of saving the world.

While Cold Steel III would bring back characters from earlier games or other Trails titles in more minor roles, Cold Steel IV has no problem shining the spotlight on seemingly minor friends you’ve made along the way. It’s staggering the number of individuals and all the names you’re expected to remember, and even though collectable character profiles can help you keep up with the deluge of details, it’s tough not to feel overwhelmed by all the faces and places the game throws at you. I mentioned party size earlier, and on multiple occasions you’ll be tasked with selecting a group of seven or eight to see you through the day’s mission(s). Often, certain characters will have to be in your party, which almost forces you to cycle through all of them, with the caveat that you have to keep enough armor and orbments around for everyone. This leads to a noticeable and frustrating omission: there’s no auto-equip feature for armor, weapons, and accessories, and the one for orbments is largely ineffective. As much as you might like having certain characters in your party, inevitably you’re going to be cycling not just through Class VII but also the dozen or more side characters that become major players in this series finale. 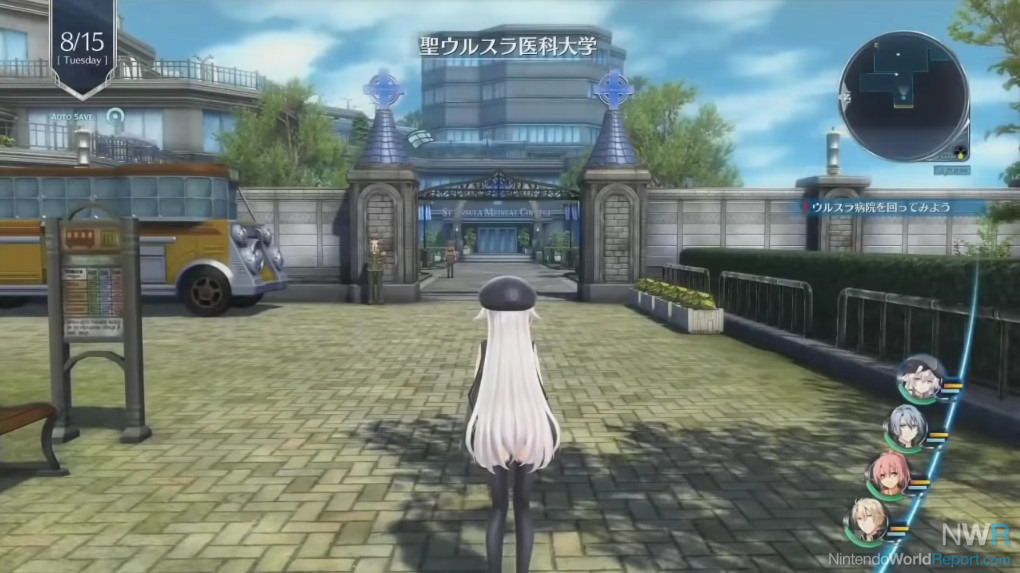 There are some notable changes and additions to Cold Steel IV that weren’t in the previous game. New mini-games include Blackjack, Poker, and a block-stacking game called Pom! Pom! Party!, the latter of which you compete against other characters in one-on-one matches to earn U-material (for upgrades). Another interesting mechanic is Trial Chests; these pit a select group of party members, not always up to the normal maximum of four, against a particularly tough foe. There are 28 such chests to locate, and even if you don’t have the right characters with you at the time, you can always fast travel back to them. Unfortunately, it was with the Trial Chests that I started to discover some odd bugs with the Switch version of Cold Steel IV: for one, the chests don’t actually list who you need to have with you, even though there seems to be space in their attached dialogue box for this information. As well, completing a trial chest event can unlock a new version of one of the participant’s Order abilities, but the names of the former and new Order are replaced with single quotation marks. Finally, one mid-game boss encounter featured some attack and ability names that weren’t translated into English, and it didn’t seem like this was a purposeful choice.

The performance on Switch is tolerable, holding a steady framerate of 30 most of the time. Certain larger city areas or more detailed backgrounds do cause some chugging, but only once or twice was it more than an annoyance. Obviously, playing this version means trading visual and performance fidelity for the ability to play the game portably, and for a longer RPG like this that sacrifice may be justified; your mileage may vary. Ultimately, I didn’t have any major issues completing this version, but frequent load screens—between cutscenes, entering buildings, and even at the end of combat—did start to grow bothersome, especially given just how long Trails of Cold Steel IV is. The longer the game, the more time overall you’re spending on black loading screens. 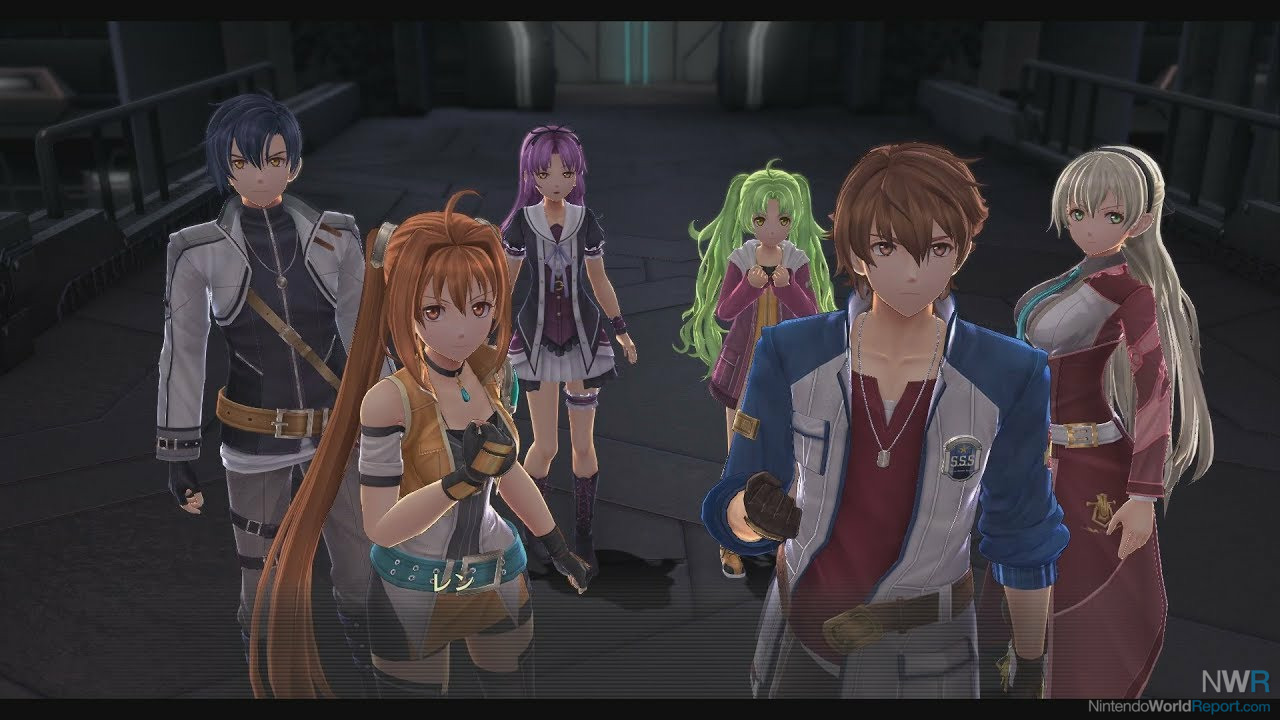 As far as a culmination of the main Cold Steel storyline and related side narratives, this fourth game certainly delivers. You’ll be travelling around the continent to push the main story forward and assist different townsfolk and playable characters with their own requests. It really does feel like a completionist’s dream, what with the way points are scored based on your completion of quests, collecting character profiles, reading in-game books, and much more. With longer RPGs like Cold Steel IV, the absence of an achievement system on Switch becomes a more glaring omission; it’s harder to feel motivated to catch every fish, defeat every opponent in Vantage Masters, or even start a second playthrough without the dopamine-inducing pop up of achievements or trophies. Still, there’s so much to see and do that one could easily spend over 100 hours in this world attempting to find everything.

Just as it would be difficult to review the fourth book in a set or the third film in a trilogy, I’m struggling to straddle the line in tailoring this review to newcomers and fans of the series. To those who have never played Trails of Cold Steel game, let alone a Legend of Heroes game, it’s well worth the investment to start at the beginning with Cold Steel I and see the quadrilogy through to an incredible conclusion. Starting with Cold Steel III is fine, but hopefully we’ll see all four games on Switch eventually. For those who already know and love Trails of Cold Steel, it would seem worthwhile to seek out the other two Trails series to really appreciate the richness of the world of Zemuria and the scores of character interactions and references that come up in Trails of Cold Steel IV, an excellent bookend to the incredible journey of Rean and Class VII. I’ve always said that the mark of a great role-playing game is in that bittersweet feeling you get when it’s over. I’m happy to have seen this story to completion, but for a while I’ll be sad that my adventures with this likeable and colorful cast have also ended.