A breathtaking and immersive puzzle experience.

In virtual space, the only limits are those of the human imagination. The rules of physics can be altered, stretched, or completely suspended, creating the potential for mind-bending dreamscapes that defy our expectations. It’s one of the great boons of video games: their ability to provide us with otherwise impossible spaces. 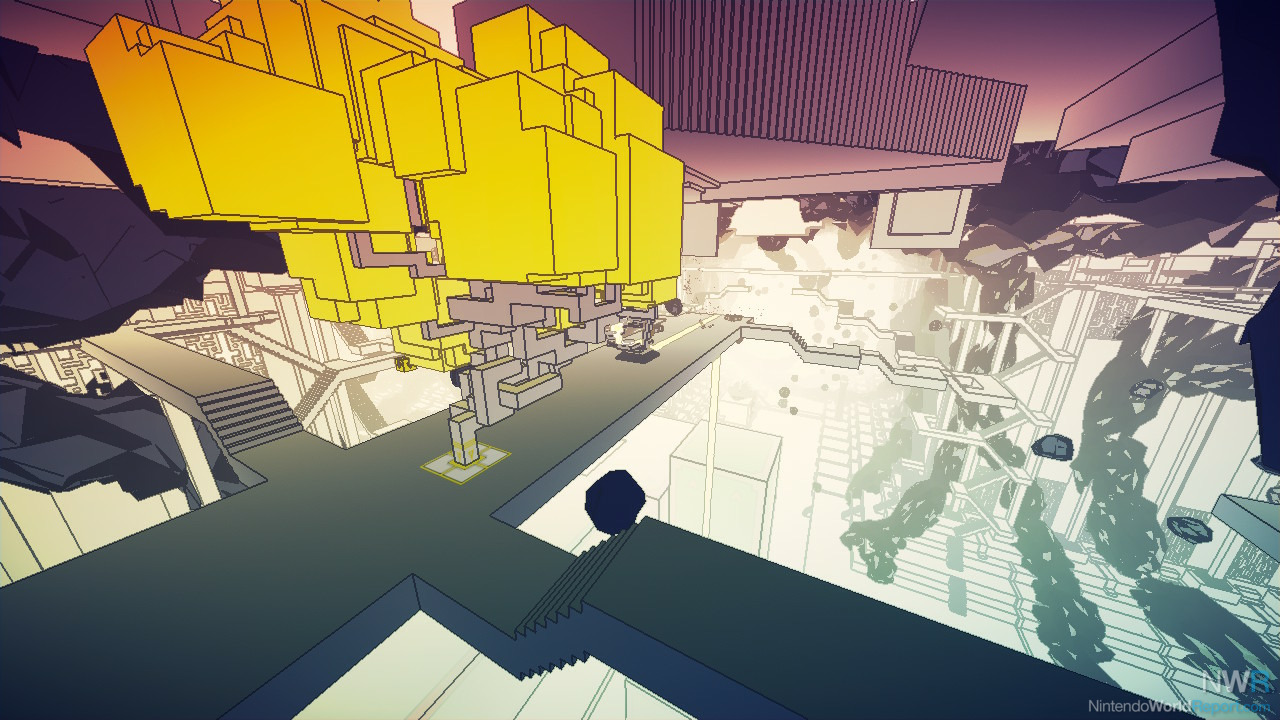 The eponymous Manifold Garden is one such place. A 2019 Apple Arcade title freshly ported to the Switch (as well as Playstation and Xbox), it’s ostensibly a block-based puzzle game. But to describe it as such is to do it a great disservice. While the game does involve ferrying blocks from A to B—plucked like apples from cuboid trees and planted into switch cradles that open the way forward—what’s interesting is the dreamlike world we traverse along the way. In these surreal modernist cathedrals, space can fold and repeat indefinitely, and gravity follows unfamiliar rules.

We’re eased into the game via an initial series of modest instructive rooms, with geometric sunbeams strafing the space. First, a prompt tells us that any wall can become the floor at the tap of a button, meaning the world quite literally revolves around the player. We learn that coloured blocks adhere to their own relative gravity—red blocks can only be moved when we’re walking on a red surface; otherwise, they become stuck fast. The same goes for blue, green, or yellow. This poses problems, but also provides solutions: for example, a red block can be positioned to function as a shelf across which a yellow block can be carried. 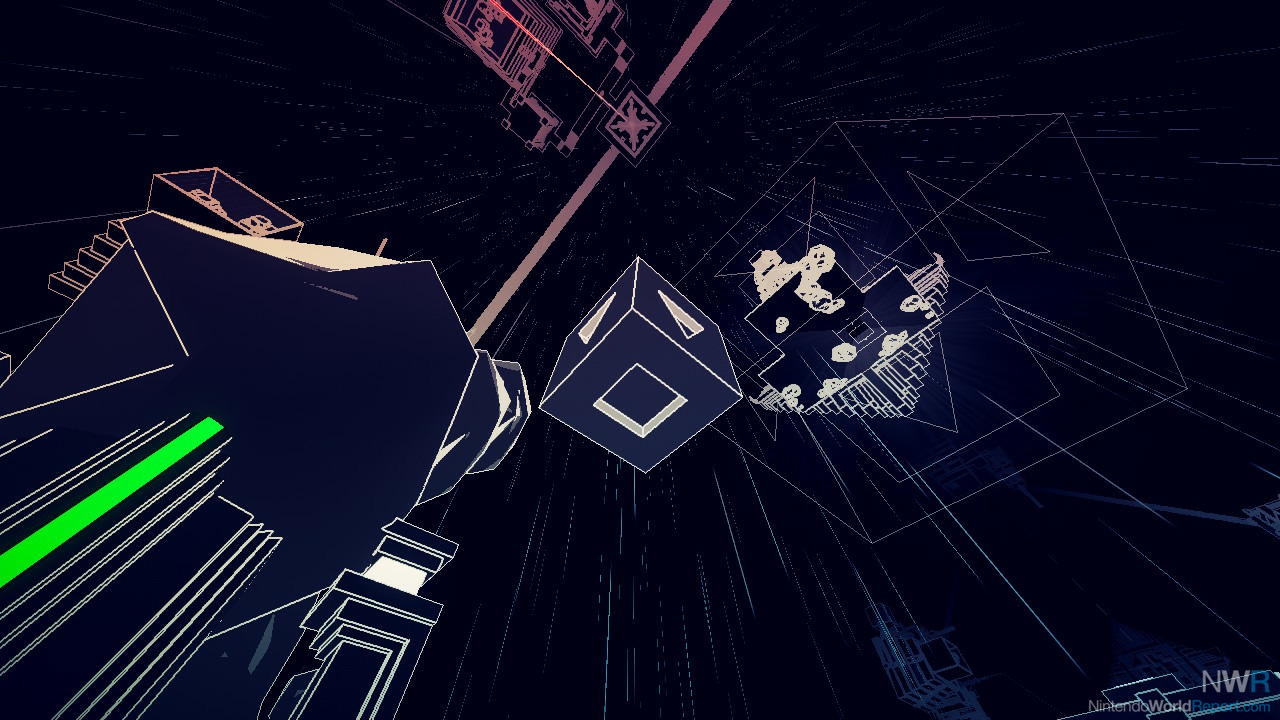 But that’s just the small stuff. Manifold Garden’s puzzles also operate on a macro level, as we discover upon emerging into the game’s first outdoor space. It’s quite a moment. On a narrow, vertigo-inducing ledge, we see a vast, neverending yawn rippling off in all directions. It’s an arresting, dizzying, and somehow horrifying spectacle, amplified by a prismic, hallucinogenic colour palette and a swell of Vangelis-like synths.

The way forward seems to lie on the next tower across, which looks strikingly similar to the one we’re on. Climbing the stairs that wrap around the outside of the tower quickly brings us back to where we started. It’s here that the first of many small epiphanies occurs. What if this forest of towers stretching off into the distance was just one endlessly repeating structure? And so, we take a leap of faith, falling through the infinite space, until we land with a thump on the other side of the chasm—just metres from where we jumped. 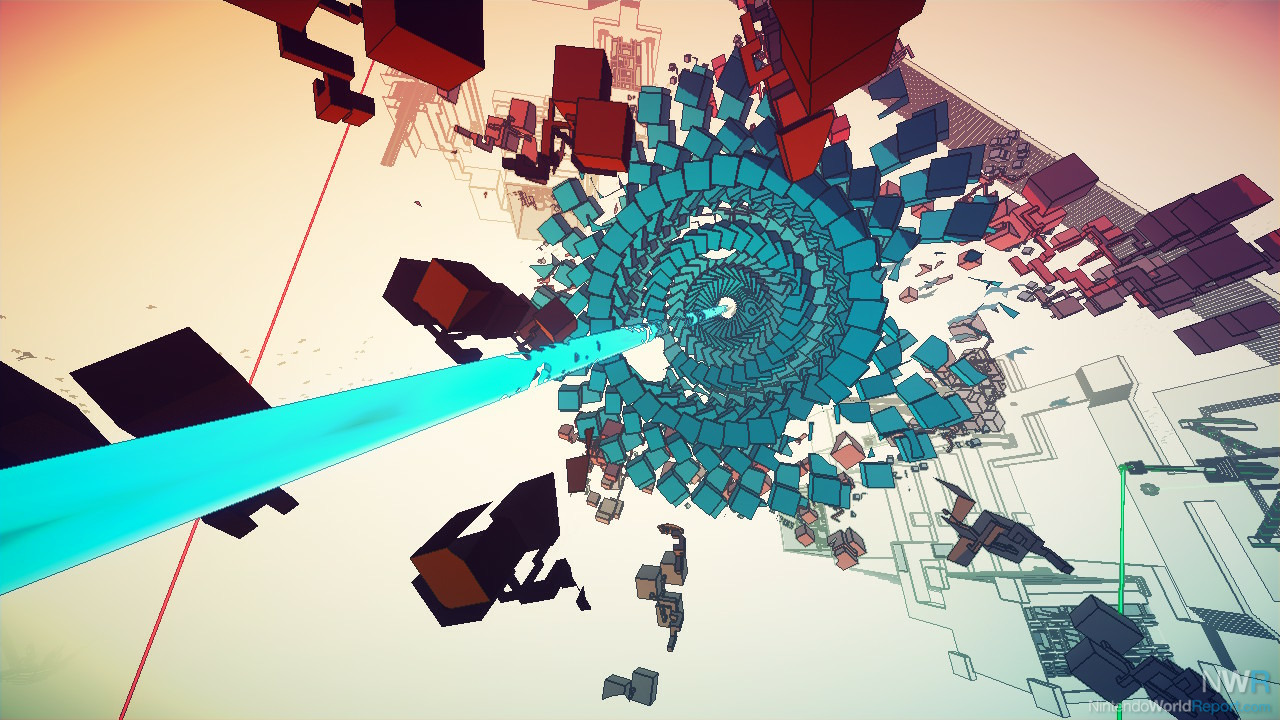 It’s simple in practice, yet complex to describe. And that’s Manifold Garden for you. Getting a block from a tree to a nearby switch cradle might look simple, but it often requires several steps of four-dimensional lateral thinking. Sometimes the answers come easily, and we rocket through puzzle after puzzle, basking in the game’s rainbow-tinged magic-hour atmosphere. At these moments of intuitive flow, Manifold Garden’s gameplay evokes a kind of quiet euphoria; a sense of harmony with the perverse rules of this gameworld.

There are also moments of discord. Occasionally, I found myself doing laps of large spaces, falling endlessly or crawling like an ant lost in a sea of modernist pillars and atria. The answers weren’t always graceful: finally spotting a tree nestled discreetly against a high pillar didn’t feel like a satisfying epiphany so much as having Nelson from The Simpsons point and say “ha, ha!” 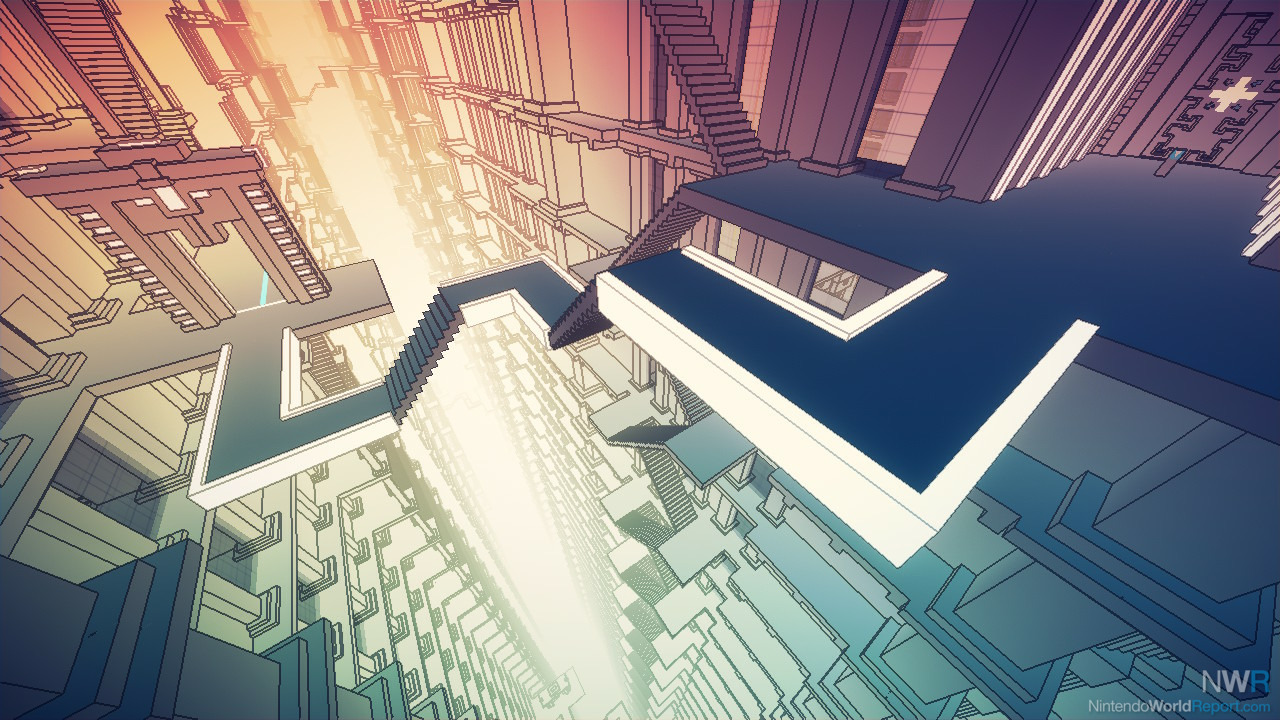 One such low point is the “giant Tetris” level. This convoluted chain of puzzles left me clutching a hard-won yellow block, with no idea where it might go. After much aimless falling, looping and wandering, the solution I came up with felt more like hacking the puzzle than solving it; there was no satisfying click between problem and solution (days later, I’m still wondering what that yellow cube was for).

But Manifold Garden works more often than it doesn’t, and these moments were mercifully few. Overall, it’s an aesthetic and ingenious wonderland of stunning architecture, fluid motion and testing spacial riddles. It introduces new mechanics throughout the 4-6 hour playing time, from lasers that switch block colours, to flowing water that can be frozen, restarted, and bent through space. At every turn, Laryssa Okada’s excellent ambient-melodic score amplifies the palpable sense of wonder that permeates the game.

The game’s creator, William Chyr, identifies primarily as an artist. And it takes an artist’s touch to so masterfully combine gameplay, art direction, architecture, logic puzzles, spacial subversion and audio-visual elements into such a coherent package. I’ve a feeling Chyr’s next project might manifest as an art installation rather than a game. If so, I’ll be holding my breath for a fall as I step tentatively through the doorway.

Frequent NWR guest and contributor Syrenne McNulty is a producer on Manifold Garden. This review was done by a freelance writer.