Keeping it simple can still lead to an enjoyable experience.

The indie scene on the Nintendo Switch has done a wonderful job of overlapping genres to create new and interesting experiences, but two particular styles combined have never clicked for me: First-Person Shooters and Platformers. Add in an aesthetic that at first glance resembles a tech demo, and you can understand why I had trepidation going into Cloudbase Prime. I wouldn’t go so far as to say that I’ve been convinced that the mixing of the two genres is something we need more of, but what I will say is that the column-launching mechanics mixed with the delightful humour make Cloudbase Prime an enjoyable experience. 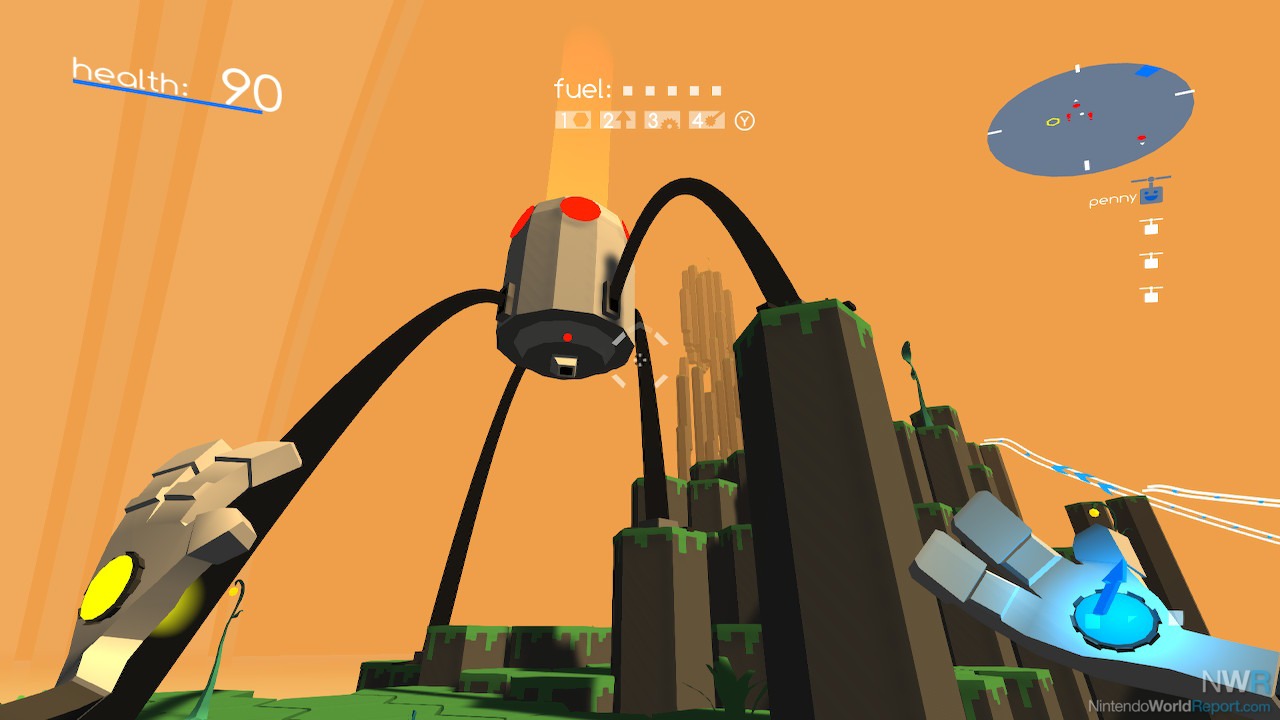 As the pilot of a robot that can both control the terrain and shoot blasts of energy, your goal is to find a number of missing repair bots that have become stranded throughout the various levels. The terrain is made of hexagonal columns that can be triggered to rise upon command, launching whatever may be standing on them into the air. The mechanic is well implemented as launching enemies into the air with the purpose of blasting them before they hit the ground is a lot of fun. Using the columns as a catapult for your robot to traverse through the level is also satisfying, and the ability to slowly glide in any direction provides a degree of control to better enjoy the platforming portion of the gameplay.

Mastering the catapult and glide is a must since most of the levels employ a degree of verticality that needs to be overcome. The levels are divided into islands of columns that the robot will need to reach in order to search for the repair bots. The margin for error is quite wide thanks to the gliding; if the robot is launching too high or too far, it’s fairly easy to course correct. Aiming the blaster and targeting enemies is a breeze thanks to motion controls. Landing shots is fairly intuitive, and the enemies generally move slow enough that they aren’t consistently dodging attacks. Special attacks and powers are provided to assist in battle, such as a shockwave attack that triggers multiple columns in a row to rise or a fire-based projectile. These powers require fuel that is collected by catapulting prior to defeating enemies. The logic behind why the enemies have to be catapulted is strange, but the mechanic is welcome since it encourages creativity in defeating enemies. 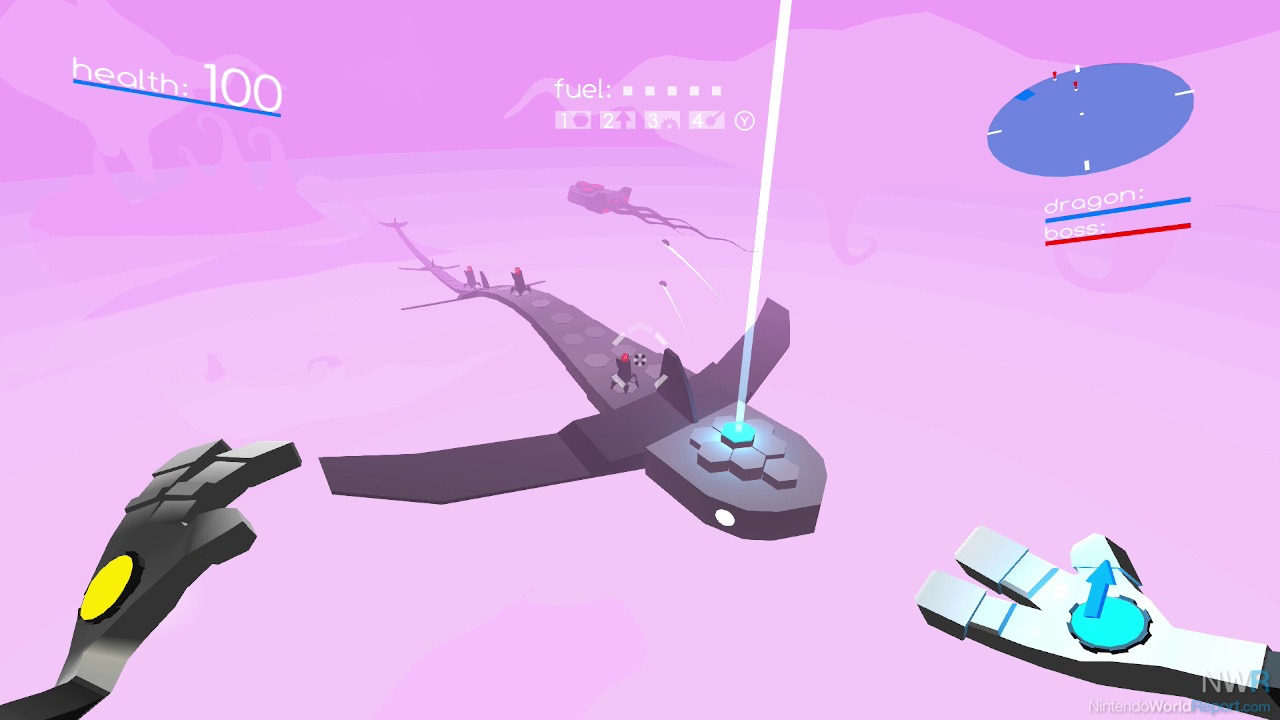 Enemy variety is fairly basic, but new types are introduced as new areas are unlocked. Early on, enemies begin as square robots that just walk and fire at your robot. Spider-like robots with legs that can be targeted are both fun to blast and annoying to avoid. These types of robots fire homing missiles that will follow your robot for long distances. Boss battles highlight the end of a world and provide a good challenge and a degree of problem solving in order to take them down. The difficulty of the bosses varies, but an option is provided to supercharge the robot during a boss fight so that progression isn’t gated behind a particularly difficult opponent.

Cloudbase Prime may not have a whole lot of substance with its simple graphics and minimalist design, but the final experience is still greater than the sum of its parts. Dialogue is written with some well-received levity that provides light comedic breaks in between catapulting from column to column. Replayability is certainly up for debate since the levels are fairly simple in scale but at least for a period of time the experience of catapulting around a 3D environment in Cloudbase Prime is a decent amount of fun.