Riding down the side of a mountain is the best way to experience nature.

As an individual with a short attention span, I went into Lonely Mountains: Downhill concerned about just how many miles I would be able to endure. The premise isn’t complicated: successfully ride a bike from the top of a mountain to the bottom. As simple as that sounds, each run down a trail is a thrill ride of equal parts excitement, frustration and glory. Each trail only takes a few minutes to traverse but the constant enjoyment can easily distract from the amount of hours that are spent on any given play session. 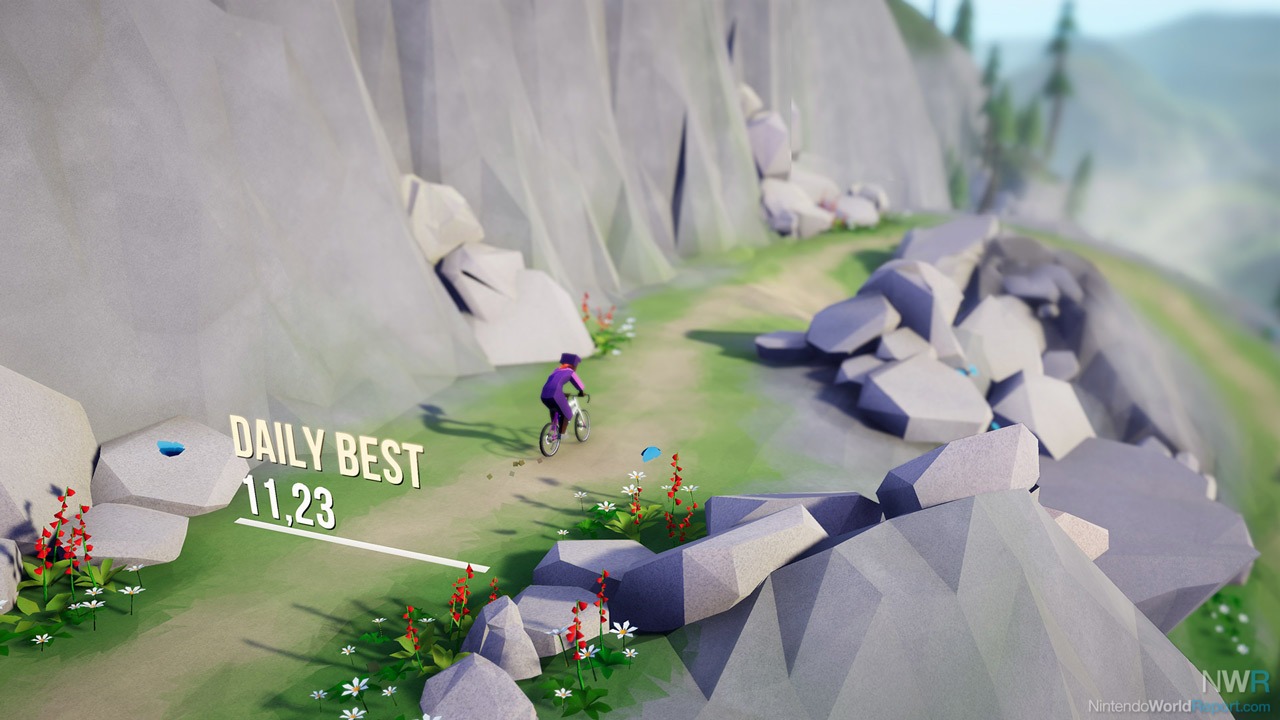 Lonely Mountains begins with a single trail on a single mountain with a single bicycle. Nothing is given and everything is earned. Each trail progression is structured in the same fashion: An initial run down the trail with checkpoints, a second run that’s both timed and tracked for crashes, a third run with even tougher timed challenges, and a fourth patience testing stroll down the trail that requires no crashes and has no checkpoints. I initially believed the no checkpoint run would be the easiest since you can take as much time as you need, but it didn’t take long to realize the lack of checkpoints meant each subsequent retry from the very start just compounded the amount of frustration.

With the exception of riding through each checkpoint, the path down the mountain trail is only limited by your imagination and the physical integrity of the bicycle. An obvious path is almost always visible but much of the thrill of riding comes from leaping off ledges and testing the limits of what each bike can take. The numerous checkpoints along the path still encourage exploration as each crash will only cost twenty or so seconds since the rider respawns at the last checkpoint after a crash. My heart skipped a beat on a number of occasions as my rider flew through the air and the anticipation built as I waited to see if my rider would survive the fall.

New trails are unlocked by completing a run in the allotted number of crashes, with a total of 4 trails for each of the 4 mountains. Each mountain has a decent amount of variety, three feature a different type of forested area with trees, rocks and streams along the trails. The fourth mountain, Sierra Rivera, is the lone mountain with a desert theme that features a trail that requires the rider to scale down the side of a rock formation that is reminiscent of the Grand Canyon. 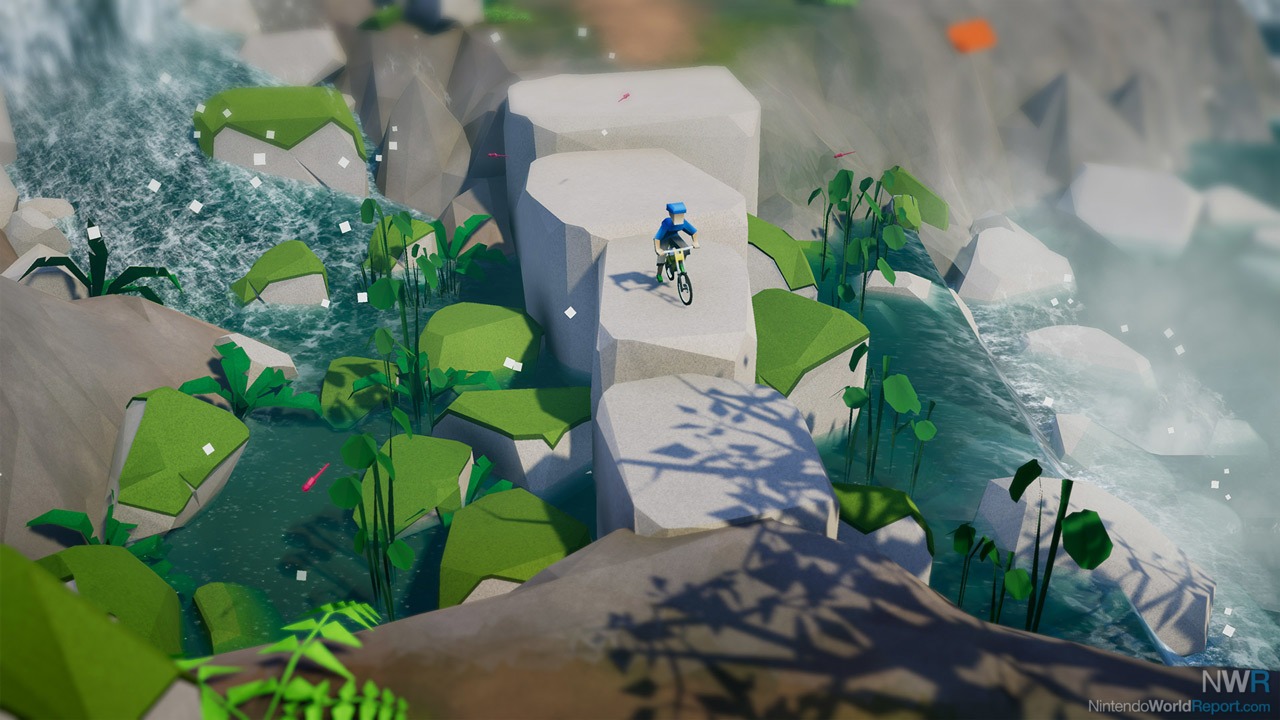 The trails are visually stunning, with a gorgeous amount of detail in the trees and streams in particular. The lack of music felt odd at first but it didn’t take long to appreciate the sounds of the birds chirping and the babbling brook as the feeling of total immersion in nature takes over. The menus are fairly intuitive but the biggest source of annoyance is being sent back to the title screen after completing a trail instead of the sub-menu of the mountain in question.

No less important than the impressive nature settings are the equally impressive bicycle mechanics. Control of the bike is sharp and responsive, and the minimization of button inputs keeps the focus on the movement of the rider. The left Joy-Con controls the direction of the rider leaving the shoulder buttons to control speed, whether it be acceleration, braking, or sprinting.

Sticking with the theme of earning your keep, only one bike is initially available with 5 other bikes available after collecting enough bike parts through trail challenges to purchase them. The amount of time it takes to save enough to purchase each bicycle feels a bit on the long side, but it’s worth the investment to try out the different styles. Each bicycle has a unique feel, some are better suited for sprinting or taking corners, others are built for surviving steep drops and harder impacts. The tendency is to stick with a particular favourite but some of the time requirements of the timed challenges require experimentation as the trails are tailored to certain bike types.

Not since Paperboy on the NES have I been so infatuated with a title revolving around bicycling. By having all the trails locked behind the completion of challenges a strong sense of accomplishment provides the motivation longer play times. Whether you enjoy the tranquility of a nice ride through a beautiful forest, or the adrenaline rush of flying down a hill at breakneck speeds, Lonely Mountains: Downhill is the type of game that can make time float away like a leaf in the breeze of a sweet Spring morning.